Accessibility links
Endless Boogie's 'Back In '74' Chronicles KISS At A Kite Festival The meditative choogle from the masters of electric-blues boogie is a misadventure involving LSD, freak-shaming and an early, breakthrough live performance by KISS. 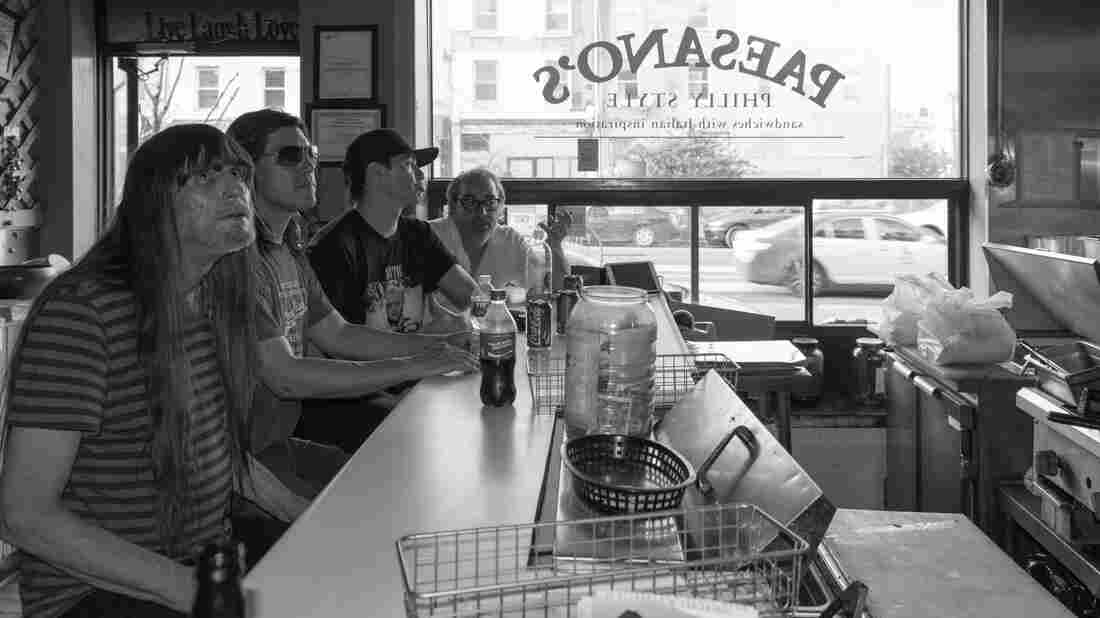 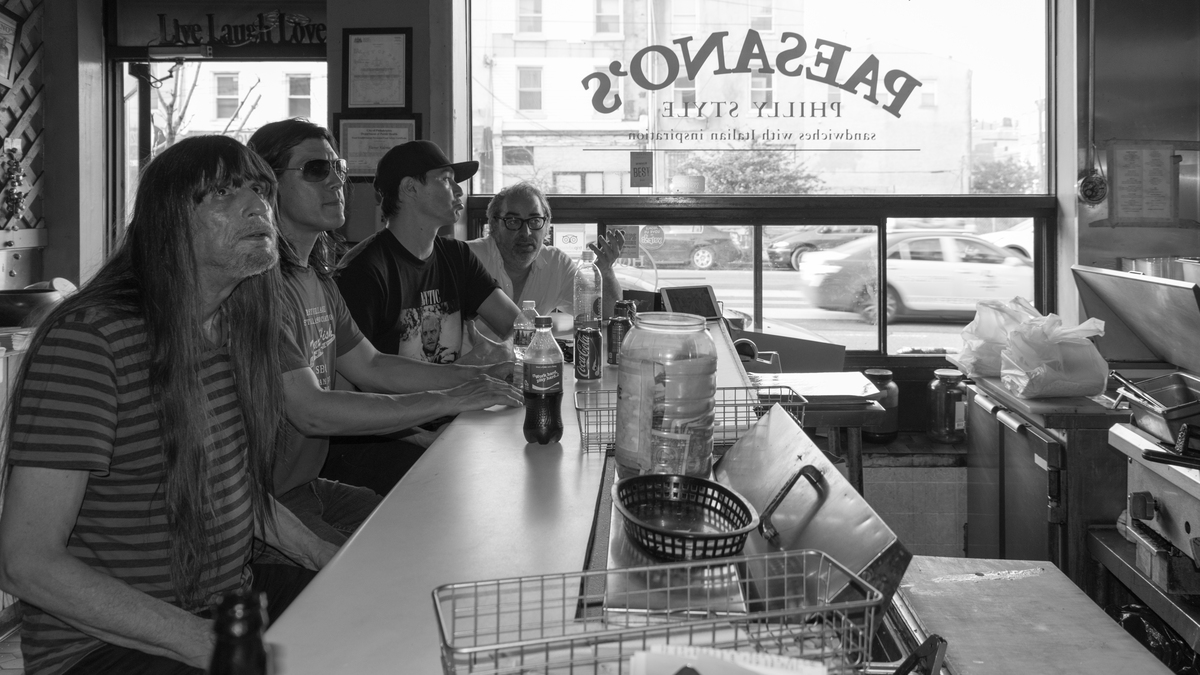 The target that New York's Endless Boogie aims to hit with its music is about an inch wide and 10,000 feet deep. That the band threads the needle every time speaks not to the message implicit in its name (yes, this is fried electric-blues boogie; yes, its songs tend to roll on for considerable lengths), but to the satisfaction that message suggests. If this didn't feel good, and didn't make a select audience feel the same way, the five men responsible for it — guitarists Paul Major, Jesper Eklow and Matt Sweeney, bassist Marc Razo and drummer Harry Druzd — probably wouldn't bother. As it stands, the Boog's aim is accomplished and refined every time it activates — and maybe never so much as on its forthcoming album, Vibe Killer. It turns out that the record doesn't kill any vibes at all, but merely replaces any false or opposing vibes with the meditative choogle the band puts forth.

Major's lyrics tend to be situational in nature, from pontifications on a slow-running NYC subway train to the simple pleasures of enjoying a grill out in the backyard. "Back In '74," recorded when he was forced to put down his guitar due to a broken arm, extends this approach with a chapter from his personal history. This tale, missing from Major's new memoir Feel The Music (a fascinating chronicle of his exploits as one of the world's premier dealers of psychedelic recordings, the reason a great number of artists who were virtually invisible in their pursuits are known at all today), tells of a misadventure involving LSD, freak-shaming and an early, breakthrough live performance by KISS, set against the backdrop of a kite festival and outdoor concert in St. Louis.

As with all Endless Boogie material, "Back In '74" is wryly deliberate. The music is second-nature, automatic. It hits a stride from the first beat and provides a rich background for a countercultural, Raymond Carver-esque reminiscence. Whatever injuries put Major out of commission during this recording are nothing compared to the psychic wounds one experiences when trying to push one's way out of a crowd of 20,000 punters who are on the warpath for the kind of person who'd shave off their eyebrows in thrall to David Bowie. You don't need to know how the story ends; the journey, not the comedown, is the most important detail. Once you put that feather in your cap, the secret, eternally welcoming vibe of Endless Boogie is all but unlocked. All you need to do is tap in.