Accessibility links
Interview: Paula Hawkins, Author Of 'Into The Water' And 'The Girl On The Train' Author Paula Hawkins was down on her luck when her 2015 book The Girl on the Train became a smash hit. Now she's grappling with success and preparing to launch her followup, Into the Water. 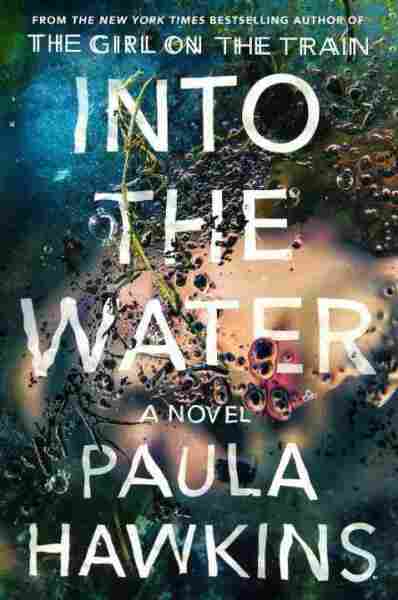 Paula Hawkins' 2015 book — The Girl on the Train — was a massive bestseller. A tense domestic thriller with a boozy, unstable narrator, it caught the imagination of a reading public desperate for the kinds of dark deeds and desperate women Gillian Flynn pioneered in Gone Girl a few years earlier.

Back then, Hawkins was down on her luck after a string of unsuccessful romantic comedies written under a pen name — now, she's one of the highest-paid authors in the world. So how do you follow up that kind of smash?

Hawkins is about to publish a new book, Into the Water, about a small English town with a sinister history of drowned women. She says the huge success of The Girl on the Train hasn't really changed her, but it hasn't been easy, either. She's happiest when she's just left alone to write, and alone time can be scarce when you're a number one bestseller.

"I write best when I can immerse myself in a book, and in the characters," she tells me. "Having to drop everything to run off and talk about your old characters. It's really quite difficult for me." Those interruptions meant that writing her new book took longer than she'd hoped — but there was one thing that was helpful: A walk by the water.

Hawkins and I go for a stroll through Victoria Park in East London — it's a bright, blustery day, and as we wander by the rows of houseboats on Regents Canal, it feels like we're a million miles away from the dark worlds Hawkins creates. 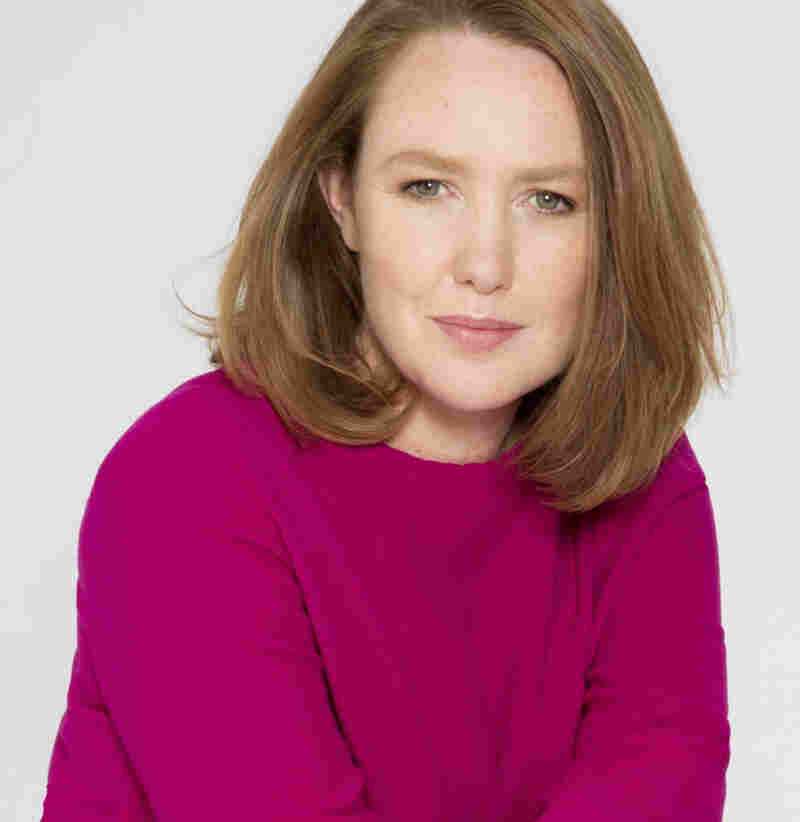 "It's a lovely walk, down by the canal, and walking is my way of sorting through things — if I've got a problem, I often go for a walk. A writing problem, I mean."

There are no lovely walks by calm currents in Into the Water — it's set in the fictional English town of Beckford, where troublesome women have an unfortunate tendency to end up in what the locals call the Drowning Pool. The book begins with one of those drowned women, Nel, whose death draws her sister Jules back to Beckford after decades away.

Everyone has a relationship to the water, Hawkins says. She herself has happy memories of swimming during beach vacations in Zimbabwe, where she grew up. But sometimes that water got rough. "There were some frightening moments as well. And I think for some people, a frightening moment can turn into a phobia. And this is what I've sort of looked at in this book.

In Into the Water, people look at Beckford's river and they see all kinds of different things. At one point, a character describes it as "infected by the blood and bile of persecuted women." Hawkins laughs when I bring that up.

"Indeed! That's the thing about water, if you live near water," she says. "It's ever-changing, isn't it? It's never quite the same. I remember walking along a beautiful stream, thinking about what a lovely place this would be to go for a swim, and we came around a corner and there was a dead sheep, washed up a bit. So yes, it can conceal, can't it. You don't know what lies beneath. And that's a big theme in Into the Water.

I'm beginning to get the sense that despite her cheerful childhood, Hawkins is definitely the kind of person who sees the skull beneath the skin. "I am something of a pessimist, and I do tend to think of worst-case scenarios in any given situation." she says. "But I think I'm just fascinated by working out how people react in extreme circumstances, how people react to tragedy or adversity."

The Girl on the Train followed a woman in the depths of adversity, an alcoholic who'd lost everything — job, marriage, home, and big chunks of her memory — who began to make up dangerous stories about the people she saw every day through the train windows as she pretended to commute to her long-gone job. That story was inspired by Hawkins' daily travels. But one of the ways you can follow up a big success is to do something different, and she says her new book comes from somewhere quite different, somewhere not as rooted in her own life

"I was thinking about siblings, family relationships, the way in which we tell stories about our lives, how sometimes, you can remember something from childhood, and then you'll have a conversation with other members of your family, and they'll remember that that event in a completely different way. I was wondering about what happens if actually the thing that you're mis-remembering or that you disagree on is absolutely fundamental to you. What would that do to you when you discover it later."

There are some threads that seem to run through both books — particularly the idea that what we remember, or even what we see in front of us is not what's true. "There are characters in Into the Water who present themselves as upstanding pillars of community," Hawkins says, "and we know from experience that people who present themselves as paragons of virtue are often not."

With any new book, there's always pressure — will readers bite? Will critics bite harder? That pressure's doubled when you're trying to avoid the dreaded sophomore slump. And so far, critical response to Into the Water has been, well, mixed.

"If she had just done Girl on the Train 2, I don't think a lot of people would have blamed her for replicating it," says Janet Maslin. She's a contributing critic for the New York Times. "I really like what she did with The Girl on the Train, and I'm sorry to say that I would have preferred something much more like that."

But that's part of being an author — you may love your book, you may labor over it for years, but once it goes out into the world, Hawkins says, you have to let it go. "It is terrifying, and yet it's almost like stepping off a cliff, isn't it? The book is out there. I can't change anything now, the reviewers have it. They will react how they react. Readers will react how they react. There's nothing you can do now, so just take deep breaths."

And perhaps, take a calming walk by the water.