Accessibility links
Congress Passes Spending Bill To Avoid Shutdown, Again Punts On Health Care The House and Senate approved a short-term measure on Friday that funds the government for another week. 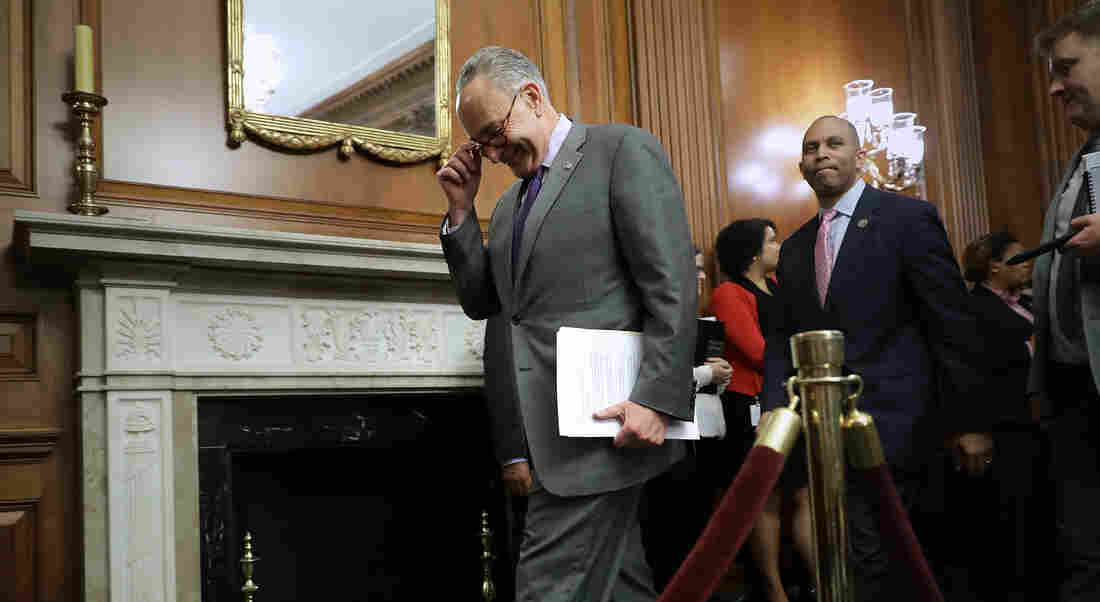 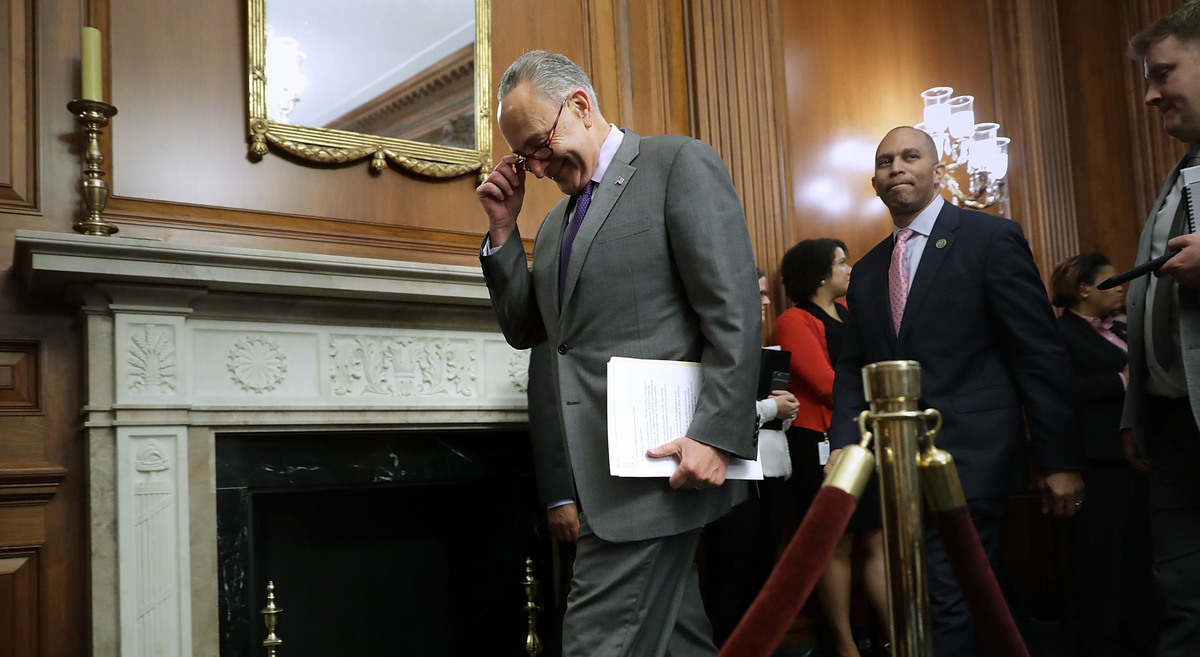 With the clock ticking, Congress on Friday managed to fulfill its basic function — keeping the federal government running.

The House and Senate approved a short-term measure that funds the government for another week. Lawmakers voted hours ahead of a midnight deadline to avoid a partial shutdown of federal agencies.

Friday's extension gives members of Congress more time — until midnight on May 5 — to try to reach a deal on a spending bill that will last through the rest of fiscal year 2017, which ends Sept. 30.

"We're willing to extend things for a little bit more time in hopes that the same sort of progress can be made," said Senate Minority Leader Chuck Schumer.

Democrats out of power, but flexing political muscle

The vote caps a dramatic week of deal-making on Capitol Hill, particularly in the House.

Although Republicans control all the levers of power in Washington, Democrats had significant leverage in the spending talks and used it to win concessions from the White House.

Monday night, President Trump dropped his demand that the spending bill include a down-payment for his long-promised wall along the U.S.-Mexico border. Democrats said they would not support any bill that included wall funding.

The White House later retreated from its threat to stop paying federal subsidies to health insurers that help cover low-income Americans under the Affordable Care Act.

The calendar also proved to be a motivating factor.

If Congress hadn't approved the spending bill, the government shutdown would have taken effect on Saturday — President Trump's 100th day in office.

"I think the president is learning that the all-powerful position of the presidency is not the end-all," said Rep. Joe Crowley, chairman of the House Democratic Caucus. "There is an equal co-branch of government called the legislature, and when it's properly exercised, it gives an [opportunity] for the minority from time to time to play a role."

Members of Congress left Washington on Friday without voting on the GOP's revised health care bill.

The updated legislation would allow states to opt out of some of the Affordable Care Act's mandates — including the benefits health insurers must cover in their policies and the ban on allowing insurance companies to charge more based on a person's age and health status.

"It gives states more flexibility and tools to decrease premiums and increases choices," House Speaker Paul Ryan told reporters during his weekly briefing. "And it does this while maintaining and preserving protections for people with preexisting conditions."

House GOP leaders faced pressure from the Trump administration to schedule a vote on the bill this week. The White House was eager to claim it as a legislative victory within Trump's 100th-day marker.

But the GOP's vote-counting team struggled to find the support needed to pass the measure, especially among centrist Republicans. The House Freedom Caucus' endorsement of the bill made the divide all the more pronounced. That bloc of roughly three-dozen hard-line conservative Republicans helped sideline the party's previous attempt.

House Democrats had threatened to block the spending bill this week if Republicans attempted to vote on the health care legislation.

The "hot potato" has moved to moderate Republicans

Still, support from the Freedom Caucus injected the GOP effort with a shot of momentum and put political pressure on moderate House Republicans to fall in line. The dynamic fueled tension within the party.

"There's frustration that we are here where we are because of the Freedom Caucus stand three weeks ago," said Rep. Chris Collins, R-N.Y. "And now the hot potato has moved to those of us that are typically the ones that cast the tough votes all the time — whether it's [voting to raise] the debt ceiling or it's keeping the government open."

House Speaker Ryan says he'll bring the new health care bill up for a vote only when it has enough support to pass. It's not clear when or if that will happen with the legislation in its current form.

The renewed rift over health care will likely color next week's negotiations over the longer spending bill, as lawmakers face yet another precarious bout of brinkmanship.