Accessibility links
Is Facebook Real Life Or Is It Just Fantasy? Dear Sugar Radio is a podcast offering "radical empathy" and advice for the lost, lonely and heartsick. Today the hosts hear from a woman in an "emotional affair" with a college friend on Facebook.

Is Facebook Real Life Or Is It Just Fantasy?

Is Facebook Real Life Or Is It Just Fantasy? Today the Sugars tackle two separate problems related to how we use the Internet in modern relationships. First, a woman is having an "emotional affair" with a former college friend through messages on Facebook. The problem is, both her and the college friend are married. Should she leave her husband for this man, or is she just "living a lie online"?

In the second letter, a woman is endlessly comparing herself to her boyfriend's ex-girlfriend — which is made easily possible through Instagram and Facebook. How do you stop when it's so easy to do?

In January, an old college friend reached out to me out of the blue. I had not spoken to him or seen him for over 20 years. Back in college, we were nothing more than acquaintances with mutual friends. So when he reached out to me via Facebook message, I was kind of shocked.

Since January, we have spoken almost every day while at work. We are both married, him for five years, me for 17. He has no children, I have two. The bulk of our conversations have been very sexual in context, sometimes downright hot and heavy. We have exchanged a few explicit photos as well. During our conversations, I suddenly became alive again. I felt energized that someone I have not seen or spoken to for over 20 years is telling me he wants me. He said his biggest regret from college was not pursuing a relationship with me. What 42-year-old woman wouldn't like that little spring in her step from something like this? There was even one message where he told me he loved me and he had real feelings for me. I said the same to him.

A Wanderluster And A Wandering Eye

One of our last messages this week was unbelievable. He told me I was so cute and funny and how he cared for me. I felt like I was on cloud nine. The following day we had a very short exchange, and I reached out to him that night to ask him a question. Turns out that was a bad thing, as he and his wife were looking at something on Facebook at that moment. He said he told her I was an old college friend, which isn't a lie. But she doesn't know the extent of our relationship.

One thing I need to mention is that, this time last year, my husband and I were on the verge of divorce. I found out he had cheated on me. We went through therapy, and are in a much better place now. I love my husband with all my heart, and he is the father of our kids. But am I in love with him is the bigger question. I am not confident I can have the same hot and heavy conversations and fantasies with my husband as I do with my college friend.

My college friend today told me that he cannot have "issues" with his wife and needs to tone things down with me. I feel distraught. I have strong feelings for him. I feel like a teenager who just broke up with her boyfriend, even though I know I shouldn't. My parting words to my friend today were, "I guess I'll talk to you whenever." His response back was, "We'll talk."

I just don't know what to do. I am living in this fantasy world that isn't reality, but it has turned my world upside down. I have had visions of us leaving our spouses and being together. I am now left dealing with the self-inflicted ramifications of this long-distance, Facebook message love affair. How dumb, I think to myself.

Dear Sugars, what do you think of this mess I have gotten into?

Steve: The Internet is just a tool, but the reason we seek attention from others is because there's some underlying sense of deprivation. Torn, what you're telling us is you felt dead in your marriage, and this online flirtation made you alive again. Having kids and complicated lives wears you out. But this is a fantasy world, and it is extraordinarily destructive to your life, to the relationship you have with your husband, and to the family that you have built. You need to address the real issue in your relationship, which is that you need to feel alive again.

Cheryl: Part of being in a long-term, monogamous relationship is, you don't have the thrill of checking Facebook and having some guy you knew 20 years ago telling you that you're awesome. It feels like a high. The digital world makes possible instances where someone from your past resurfaces, and you believe yourself to be in love with somebody who you don't have to contend with in any real-world way. It is a fantasy that's destructive, but it can be instructive. Maybe your needs can't be met anymore by your marriage. But the best thing is to find out if that is the case, to forget about this online relationship, and to deal with your life. 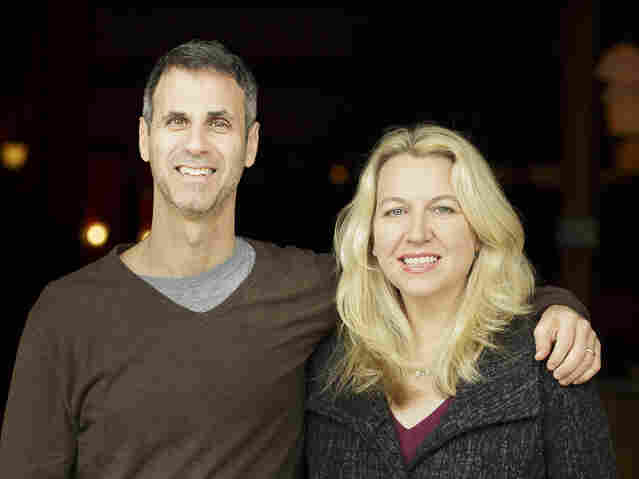 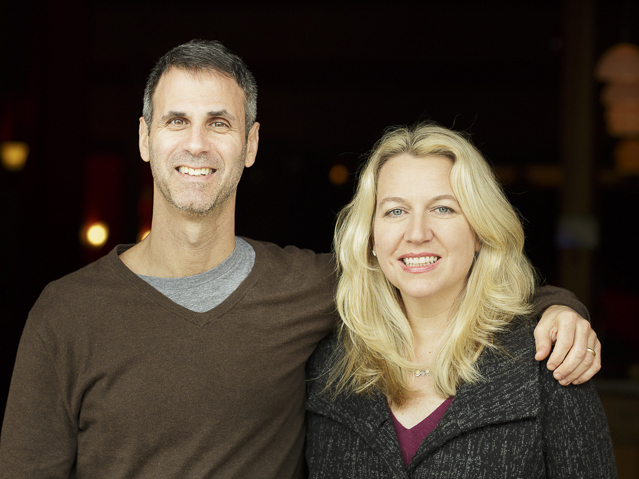 Steve: Where relationships go wrong is when couples do not talk to one another about what's going on in their lives. That is your job now, Torn. You need to let your husband know, "I have been engaged in this emotional affair, and it hasn't gone anywhere physical, but here's how it makes me feel."

Cheryl: Torn, there's no way around the fact that you are living a lie online, damaging not just your marriage and your life, but also his. Deceit, fantasy, and betraying the people closest to us never leads us to where we want to be in our lives.

I have been with my sexy, funny, creative and wonderfully ambitious partner for five years. After a few years of some extreme ups and downs in the beginning, I can say that we are very happy and have both loved building our life together. Despite my contentment and hope for the future, I find myself chasing after the woman he was with before me via the Web. I look at her Facebook and Instagram profiles multiple times per day. I find myself wanting to emulate her looks and lifestyle (as much as anyone can perceive online), and the resulting jealousy and discomfort sometimes influences my behavior in terms of how I craft my appearance.

The funny thing about this habit is that I do not know this woman, and I never did. We had seen each other on brief occasions while my partner and I were just friends. No matter how many times I have told myself that what she, like everyone else, posts online is often a teeny, tiny fraction of an individual's happiest times in life, I still cannot help checking up on this woman and finding myself envious of her in a variety of ways.

My partner was with this woman when we began seeing each other covertly. They soon broke up, and we have been together ever since. Does my continual chasing after this woman online mean that I still have something left to resolve about his betrayal of her? Or is she simply an easy target for my own insecurity? My heart is broken because I have compared myself so much to this woman over time that I fear I am losing my true sense of self in the process. How can I let go of these feelings of inadequacy and these impulses to find out what she is up to?

Struggling to Find Self

Cheryl: I think that this woman is an easy target for these feelings of inadequacy and jealousy, and I also think it's no small coincidence that Struggling to Find Self was the other woman.

Steve: The psychological equation is, "I took away this man from this woman. I know that wasn't the right thing to do, and I feel guilty about it. So as punishment for that guilt, I will actually figure out what it is like to be in her shoes." You are obsessed with this woman, and that is going to drive you crazy.

That means you have to stop, but you will only stop once you start to answer the questions of why you're doing this. What do the fantasies of this woman's life represent to you? People have the tendency to say, social media is meaningless and just a distraction. That's not true. Anything we become obsessed with has deep meaning.

For This Relationship, It's Judgment Day

Cheryl: It's connected to the fact that girls and women in this culture are taught to measure themselves against each other. There's no question that a piece of this is about that competition. And of course, there is no healthy equation you can make when you compare yourself to the people your lover used to love. Sometimes the answer is just as simple as saying, "I'm not going to do this today." You need to say no to yourself, and you'll be the better for it.

You can get more advice from the Sugars each week on Dear Sugar Radio from WBUR. Listen to the full episode to hear from more people struggling with relationships and the Internet.