Accessibility links
The Revolution: Prince's Band On Reuniting And Healing The band that backed Prince during the Purple Rain era is on tour celebrating his music. Members Wendy Melvoin, Bobby Z. and Doctor Fink say it helps them — and audiences — to process their grief. 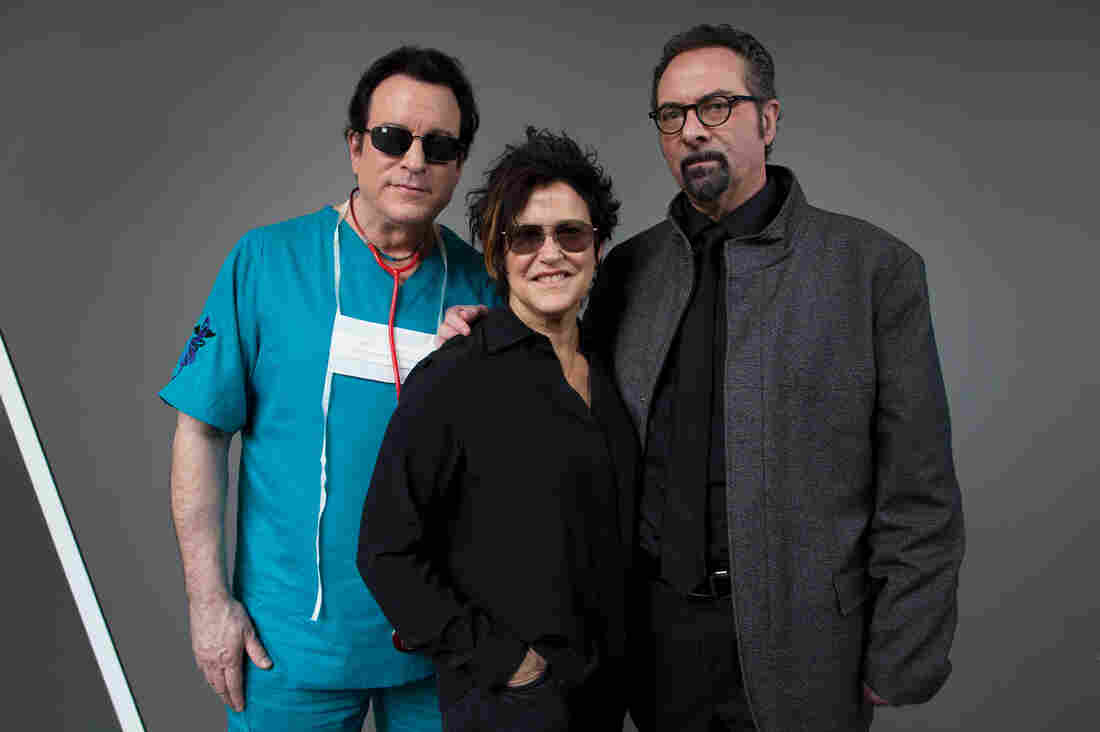 The Revolution, including (from left) Doctor Fink, Wendy Melvoin and Bobby Z., is on a tour this spring paying tribute to Prince. Raquel Zaldivar/NPR hide caption 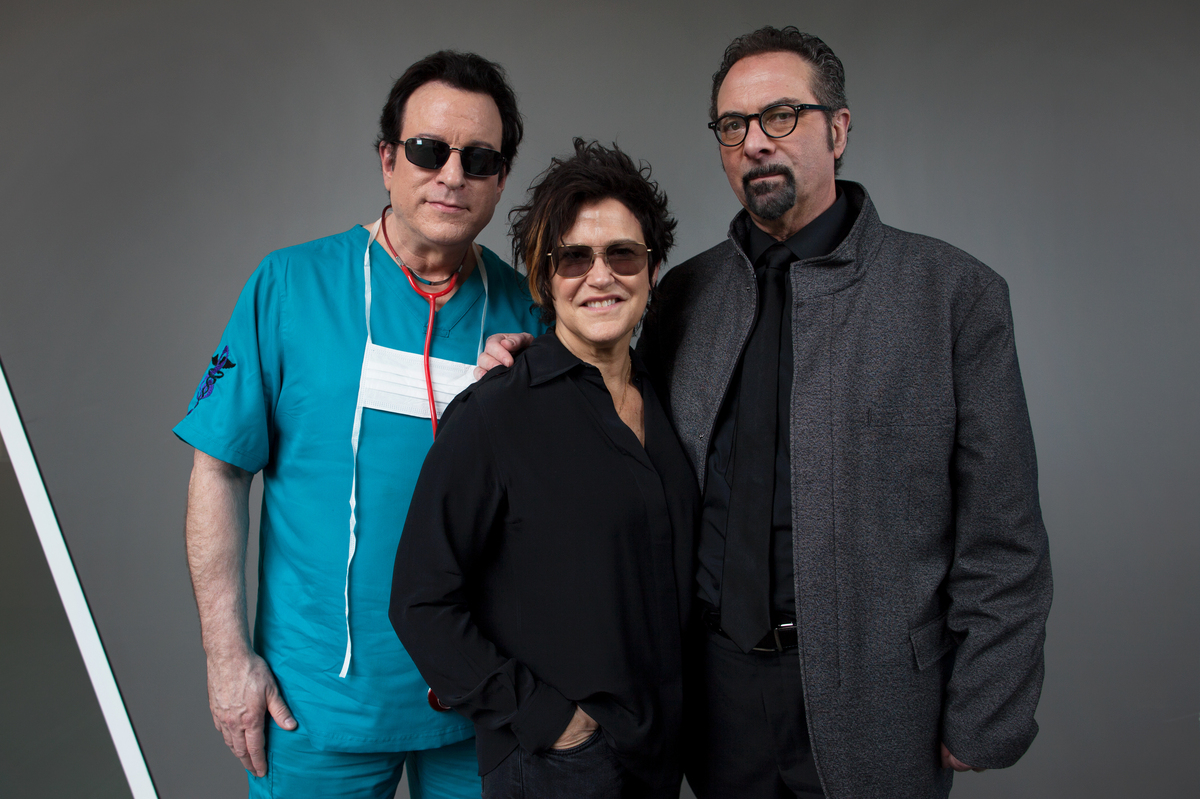 The Revolution, including (from left) Doctor Fink, Wendy Melvoin and Bobby Z., is on a tour this spring paying tribute to Prince.

The world is still mourning Prince's death last April, and fans paying tribute often return to one monumental work: Purple Rain. The album and the film won three Grammys and an Oscar, influenced countless musicians and made Prince a superstar. A critical ingredient in that success was his band at the time: The Revolution.

Known for its big sound, tight discipline and incredible chemistry, The Revolution made three albums with Prince — Purple Rain, Around The World In A Day and Parade -- before breaking up to pursue a range of projects. But earlier this year, the members of The Revolution announced that they'd reunite for a tour to celebrate Prince's life and the groundbreaking music they made together.

In The Wake Of Prince's Death

Guitarist Wendy Melvoin, drummer Bobby Z. and keyboard player Matt "Doctor Fink" Fink joined NPR's Michel Martin during The Revolution's stop in Washington, D.C., to talk about the band's history, working through their grief with tour audiences and the unreleased music that remains in Prince's vault at Paisley Park. Hear their conversation at the audio link, and read an edited transcript below.

Michel Martin: Thank you all so much for coming in, especially when you're on this demanding tour. So I want to go back to when you all got together. You were either all in your teens or just out of your teens, including Prince. What got you into it? And did you sense at the time that this was going to be something that would change your lives?

Wendy Melvoin: I was the last to join the fold and, I think, the final stitch in what he was trying to accomplish in terms of creating the perfect quilt. I knew at a very young age. I was 13 years old, I was in a club in Los Angeles as an underage delinquent. And I heard on the dance floor, I heard a song and I ran up to the DJ and said, "Who's that girl?" And he looked at me and he went, "What girl?" I said, "The song you're playing right now!" and he said, "That's a guy, his name is Prince, the song is 'Soft and Wet.' " And I, from that moment on, was completely taken by him.

I joined properly when he asked me in '82. Lisa Coleman, the keyboard player in the band — her and I were a couple, and Prince asked me to play "Controversy" with the band at a sound check. Cut to: He called everybody in the band and said, "How do you feel about Wendy joining the band?" And then I got a call.

Bobby, how did it start for you?

Bobby Z.: Well, it started with walking by Studio A at Chris Moon's studio and hearing this glorious vocal sound, of his stacked harmonies, and seeing the Afro. And you don't get a head turn with Prince, you get the eyes. So I got the side-eye. And then I was just like, "Hey, what's going on?" And then Chris Moon walked in and went, 'You can't talk to Prince!" It's like, "what do you mean I can't talk to Prince?" We were very unfamous together. I was 19, he was 17, and he was just working on his demo.

Melvoin: I think to speak to your initial question – did we know that there was something special going on? Yeah. For sure.

Z.: For me, the world was late. I saw it immediately, I had a lot of struggles hanging on, but I drank gallons of the Kool-Aid. I couldn't get enough of it, and [I'm] still drinking it to this day. I'm a proud Prince Kool-Aid drinker.

You're not the only one. I wanted to ask you: He was famously demanding as a taskmaster. Does that carry over in your work today?

Doctor Fink: It does, but he was so dedicated to his craft that he really did make it fun. The enthusiasm was so infectious that we wanted to bring creativity to the table every day as well. So we would jam for several hours at rehearsals before even starting to work on a song, to play something from a new album. And that would get recorded and those kinds of ideas would get laid down, and he would take from some of it — not always, 'cause he had his own vision — but it was that creative process [that] was always happening for him. 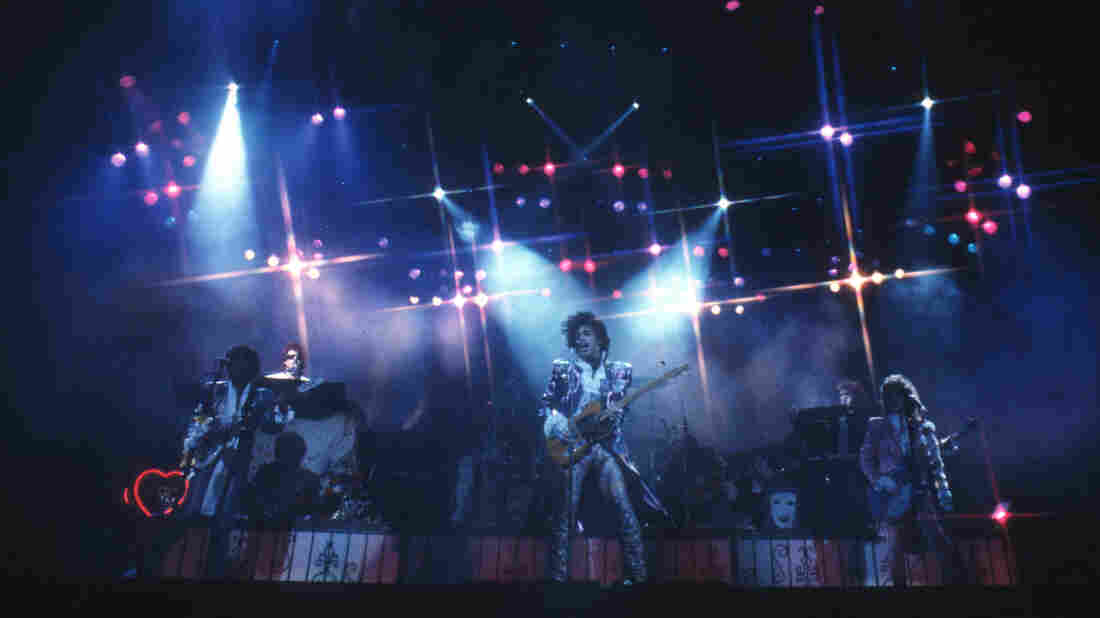 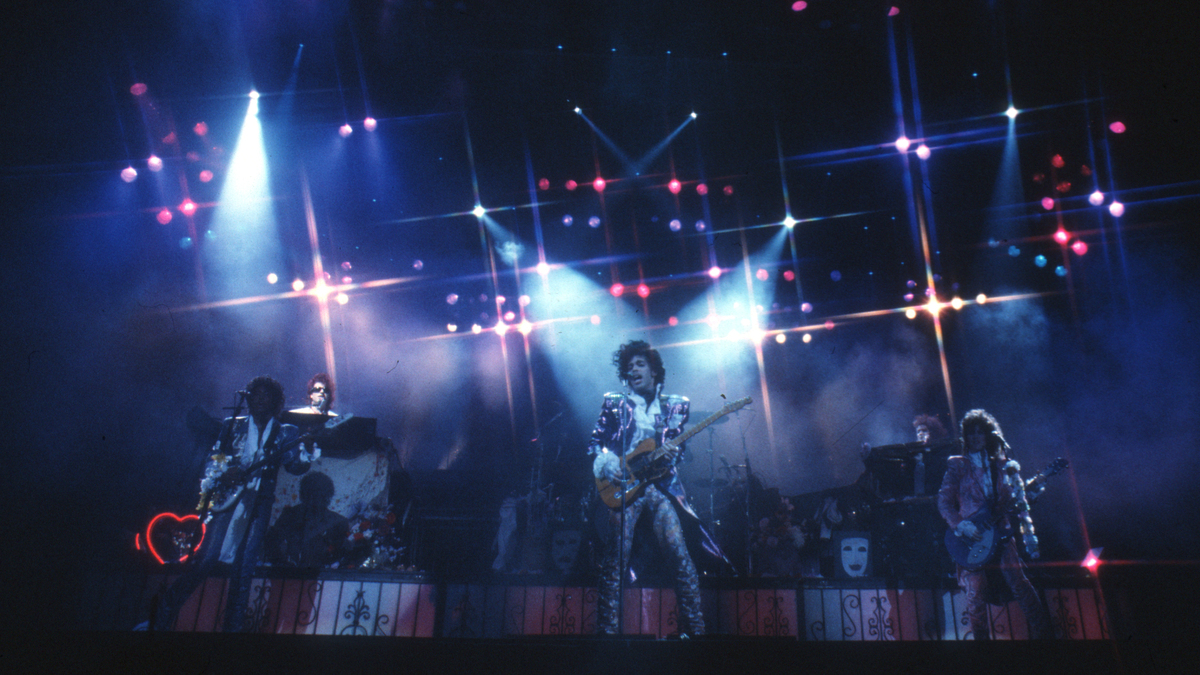 Wendy, as a guitarist yourself, how do you handle his parts? Do you take his parts, or what do you do?

Melvoin: I play his parts. But, you know, he hired me because I could.

I was a musician before, as a young kid — I come from a musical family and I grew up in Los Angeles, my father was part of The Wrecking Crew, I had already been around all of it. And my gift as a musician was being able to play rhythm very, very well. And over the years, turning into a film composer and TV composer, I've honed my craft on many different instruments, and my guitar playing has just gotten better. So I'm not foolish enough to try and do certain things I know I'm not capable of doing — I'm not even gonna try. But there are certain ones that I take that are iconic to him, but they're my nod to him.

You know, there's a certain muscle memory to the audience when they hear a certain line that he did, and I do my best to nod to that. But it's not going to be him. It's going to be me, and I'm asking the audience to take the position of Prince, not me.

Melvoin: Oh, for sure.

Z.: I had a guy come up to me and his girlfriend said, "He was really skeptical, but you got him." And that made me feel really good. There's gonna be people that are gonna come in an ambulance-chasing kind of way, but we're gonna try to win those people over, too. And Prince's music does that every time, turns everybody into a smile. And there's some moments in the show, without giving it away, that are pretty heartbreaking, too.

Fink: Yeah, I also had the "it went beyond my expectations" comment.

Are your hearts still broken?

Melvoin: Oh god, yeah. Navigating through that kind of loss has been really difficult for anyone who's known him or been involved with him, but we were the first people that we contacted after he died, and we didn't know what to do. We were close to getting back together before he died — and when someone dies and the hope of a future X, Y, Z meets a brick wall, it becomes unnavigatable. And so we decided that we would try and take it as a band, to try and just find a way to heal it with the audience and ... have our broken hearts sort of swimming in a pool together and see if we could find a common thread of healing.

But people are still writing about him, they're still--

Z.: They're just starting to write about him.

Melvoin: And Bobby was the one that said, "They're playing Mozart's music, they're going to be playing Prince music in a hundred years from now."

Z.: Yeah, we're still arguing about what Mozart meant, and when we're gone, then people will have to argue about what the notes were played. But while we're alive, you're getting a real unique representation of authenticity, of stuff we worked on directly with him.

Melvoin: And what it meant to him, too.

Earlier this month we heard there would be a posthumous album of some unreleased Prince recordings that had been locked up at Paisley Park, and we understand that it's quite a large amount of material. One single was released and then taken down, and now apparently there's some legal arguments about it. What are your thoughts about this? Do you think he would've wanted these tracks released?

Melvoin: We can extrapolate until the cows come home. My personal feeling — it is such a storm of complexity and nuance with his estate that everything and anything is contested. And we, as a band, have been trying desperately to distance ourself from any of the complications that are arising in that estate. We do know for a fact there's at least, he could release two records a year for the next 25 years of unreleased material. That is a fact. Our era — we have at least four records in that vault that could be released. But we don't really know where it's gonna go, because every other day we find out there's another huge entity that's getting a claw in and saying "stop" or "wait" or "no" or "it's not that" and "we have to" and "they didn't," so it's like — we don't know.

Z.: The fact is there's oceans of material, and I do think he made a comment that "I won't put it out, but somebody else will." I think he knew that people were rabid about him and his music, so I'm pretty sure he knew that all of this stuff would see the light of day. But, as Wendy said, how it sees the light of day will be interesting in the years ahead.

Melvoin: It will indeed, because there's a lot of sharks.

Fink: And there was leakage from the vault, too, over the years, people somehow were pilfering out of there and getting things released--

Z.: But to make things whole is gonna be a real process.

Melvoin: It's at the very end of the show, when I say thank you to the audience. And they say thank you back. It's really healing.

Fink: I agree, that's the best thing about it.

Z.: Just the smile on people's faces. I don't think they've smiled since last April twenty-first when they heard the word Prince, and now they're getting a chance to celebrate with us and mourn with us. And it's a beautiful thing.