Accessibility links
Alaska Guessing Game Provides Climate Change Record Months behind the rest of the country, spring is advancing across Alaska. And a contest that has residents guess the date of river ice breakup is showing a trend toward earlier and earlier melt. 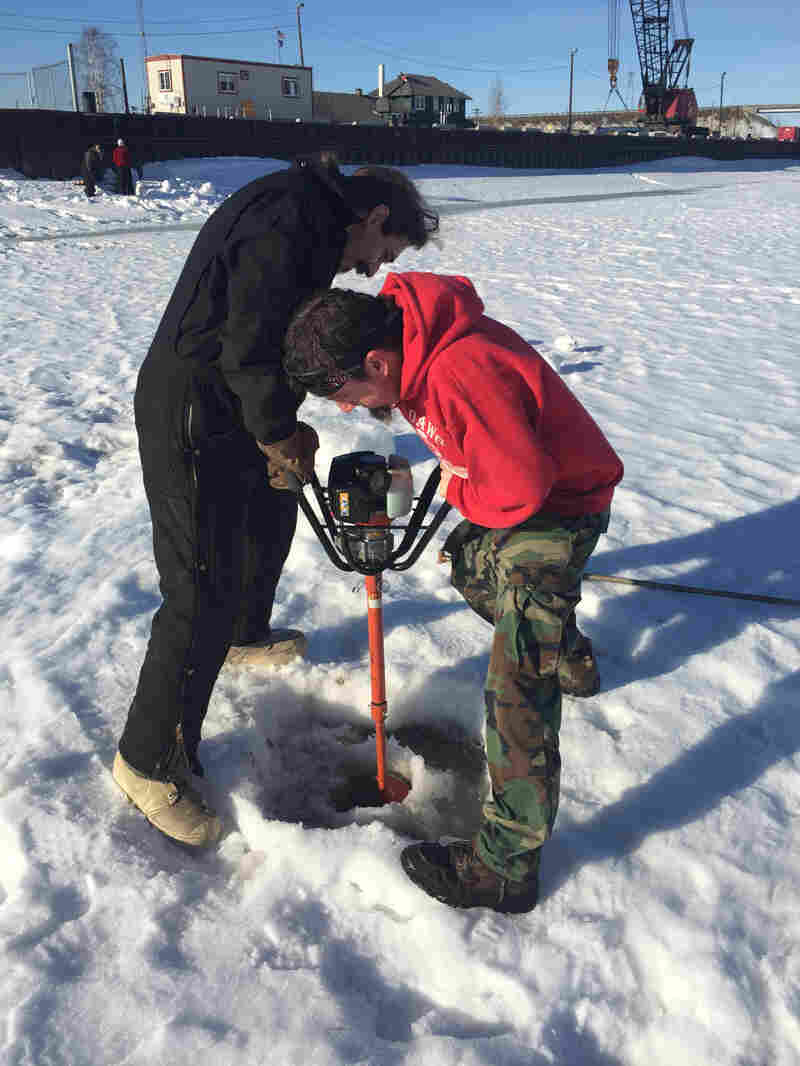 Judah (left) and Josh Ridgeway drill a hole in the Tanana River at Nenana, Alaska to measure the thickness of the ice on April 13th. Dan Bross/KUAC hide caption 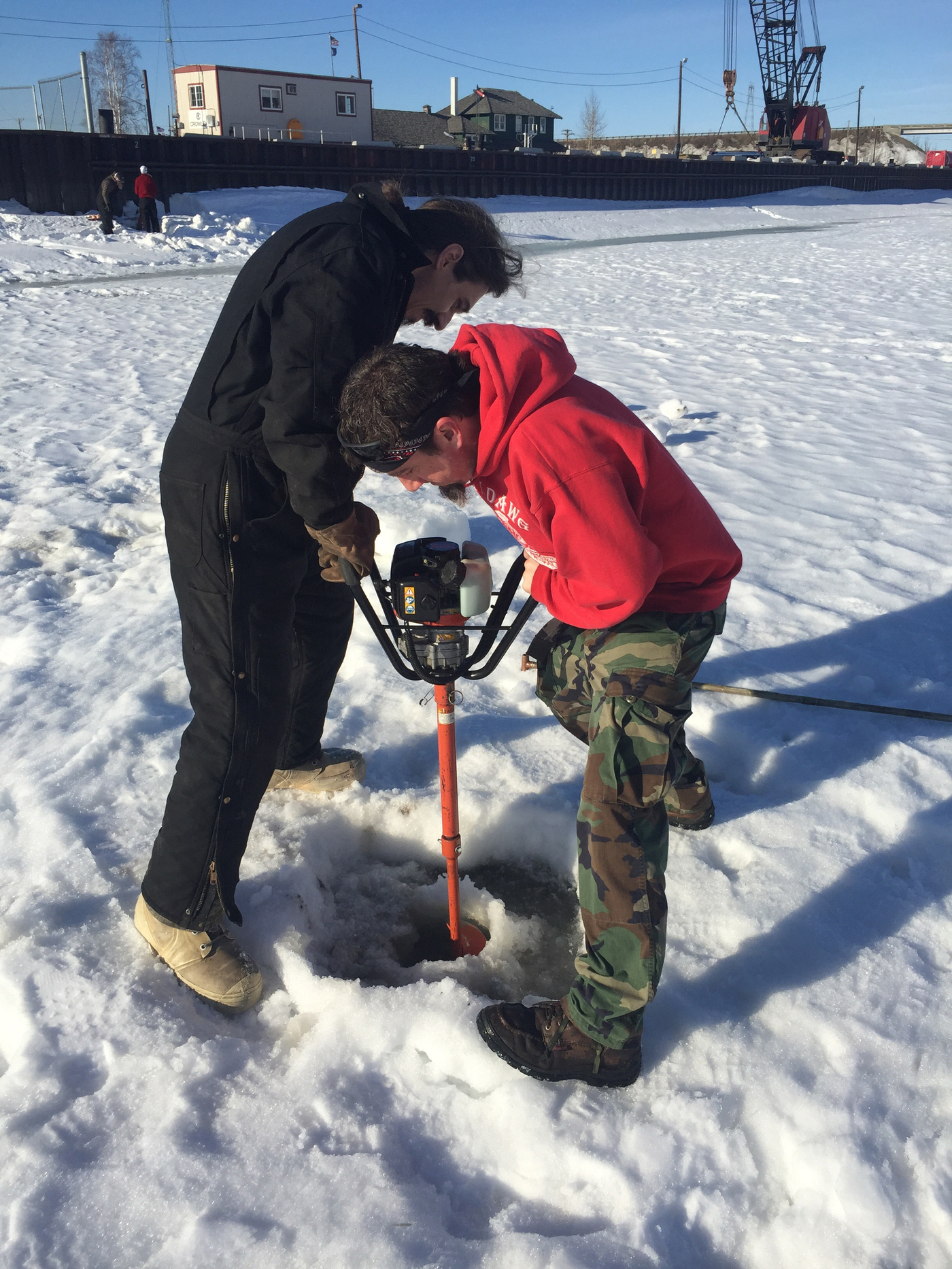 Judah (left) and Josh Ridgeway drill a hole in the Tanana River at Nenana, Alaska to measure the thickness of the ice on April 13th.

Buy a ticket in the Nenana Ice Classic and you could win nearly $300,000. All you have to do is guess when the ice covering Tanana River at the city of Nenana, Alaska will break up.

Brothers Josh and Judah Ridgeway live in Nenana, a community of 375 people, about an hour southwest of Fairbanks. The brothers were hired by the Ice Classic to make regular ice measurements. They use a gas powered drill to bore through 3 to 4 feet of ice — though it's sometimes more. They do this at several locations on the Tanana, a few times a week, in April.

"It's actually kind of a fun project, coming out here and drillin' the holes for 'em," says Josh. "Get out here in the morning when the sun's comin' up and — play."

Back in 1917, railroad engineers in Nenana wagered bets on when the ice would break up on the river. It evolved into an annual statewide guessing game in which hundreds of thousands of tickets are sold. On each ticket the buyer writes when they think the ice will go out, down to the minute.

The winning time is determined by a Rube Goldberg contraption, involving a tripod on the river ice, connected to a clock on shore.

It's all good fun, and possible good fortune for ticket holders, but the Ice Classic also provides a record of climate change.

Dating back 101 years, Ice Classic records are valuable data to National Weather Service climatologist Rick Thoman. According to Thoman, it's not just the breakup dates, but that they've been gathered in a consistent way for so long.

The ice has gone out on the Tanana River at Nenana as early as April 20, and as late as May 20, but Thoman points to a gradual trend toward earlier breakup dates. He says what's now an average breakup date, about April 30, would have been an unusually early date in the first part of the 20th century.

Dennis Argall has been involved in the Nenana Ice Classic for 50 years and is the president of the board. He sits at a 1980s vintage computer terminal inside the Ice Classic headquarters. In recent years, Argall has witnessed the second-latest breakup on record, as well as several of the earliest. But he says he doesn't believe in "that global warming stuff," or at least the human-caused aspect.

"I think humans would think a whole lot of themselves if they think they could affect the globe," Argall says. "You know, it's a big world."

That sentiment contradicts widespread scientific consensus, but it's a belief common among some Alaskans. Ice driller Josh Ridgeway says he thinks it's a cycle that human activity might be contributing to. The Ridgeway brothers made the final ice measurement of the season on April 24. It showed 29 inches of deteriorating ice, too risky to walk on. That means Alaskans will soon know who wins this year's Ice Classic jackpot, and that summer is on the way.