This week on 'Brave New Workers': After 20 years working as a performer in the adult entertainment industry, Alana Evans is putting her efforts into organizing for the Adult Performers Actors Guild. 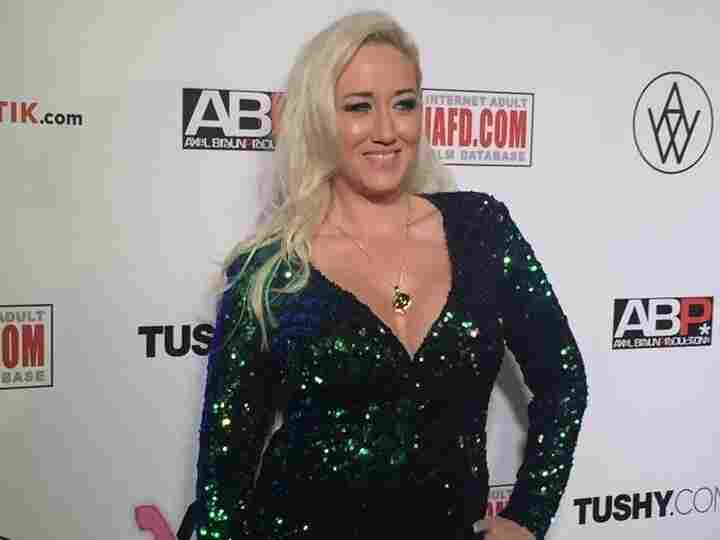 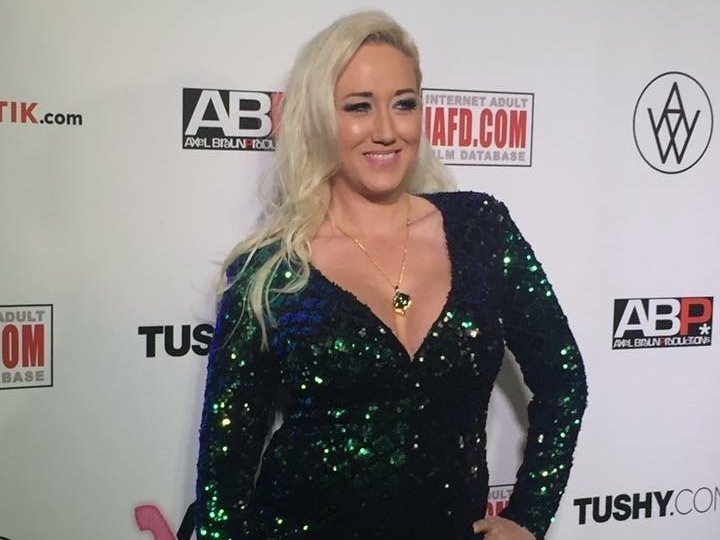 We've been hearing stories about people adapting to a changing economy for our series Brave New Workers.

UNIDENTIFIED MAN #1: Do I still see myself as a cowboy? Yeah, I do, and I hope I always do.

UNIDENTIFIED MAN #2: The black market is filled with people of color just like the prison that I was in.

UNIDENTIFIED MAN #1: We want to start our dispensary.

UNIDENTIFIED MAN #3: I was a underground coal miner, now I'm in paramedics school.

MARTIN: Of all the forces that have upended different industries over the past couple of decades, the internet ranks as one of the biggest. One example, file-sharing and streaming services - those have made it harder for many musicians to make money from their work.

Our next story focuses on something similar, but in a more controversial industry. And here's where I need to warn you this is about an adult subject. And if it's not for you, you may want to step away for a few minutes.

MARTIN: That's Alana Evans, a performer in the adult film industry for almost 20 years. Alana Evans is actually her onscreen name, but she asked us to use it to protect her safety and privacy. She says that when she started in the industry in the late 1990s, VHS was still king and work was plentiful.

The pay was great. Some girls could make a couple of thousand dollars a scene. I was becoming popular and kind of owning that persona that I had created as Alana Evans. The moment that I knew I was going to be Alana forever was when all of the parents at my kid's private school found out who I was. And I was temporarily banned for six months from going to any events for my kids at their school. At that moment, I really knew. I'm either in it to win it or I walk away from all of it.

MARTIN: So Alana Evans went all in, and she says that when internet pornography first took off, she was excited because she thought it meant even bigger audiences and more job opportunities.

EVANS: You know, the internet is a very different beast than home movies.

MARTIN: But Evans says that within a few years, many of the smaller production companies were bought up by a single company called MindGeek. And before long, it had started several tube sites, video platforms that work like YouTube for pornography, making their money largely from ad revenue. Evans says those sites started flooding the market with free, often pirated clips, eventually leading to lower wages for many performers.

MARTIN: And since Alana Evans made that decision almost two years ago, she has taken on a new role within the industry. She is now the vice president of the Adult Performers Actors Guild, a union based in California San Fernando Valley. Evans says that the mission of her union is similar to that of unions in other industries to fight for better and more standardized wages and a uniform payroll system that will allow performers to pay taxes and contribute to Social Security.

But her group also has industry-specific concerns. Her group wants to be able to bargain with production companies to help pay mandated health care costs like bi-monthly STD testing, costs that now fall on performers.

EVANS: You know, there are days where it's tough to do this because you have people who don't want you to organize. They will outright tell you there's no point for this union. There's no point for you performers to organize. But when you explain to them the simple things that most workers have as a regular benefit of having a job and we don't, that's crazy.

We are a real workforce. We put millions of dollars as an industry into our economy. And if you can't respect anything else that should be at least respected and understand at the end of the day most of us are just family workers showing up to do our job. We deserve to be protected and safe like everyone else.

MARTIN: Alana Evans is an adult film actress. That's actually her screenname. She's the vice president of the Adult Performers Actors Guild. She spoke with us for our series Brave New Workers on people adapting to a changing economy.