Accessibility links
Gabourey Sidibe's Message To The World: 'Mind Your Own Body' "I am plus-size, I have dark skin and I am 100 percent beautiful," the actress says. Her new book, This Is Just My Face, is a collection of essays about body image and her rise to fame. 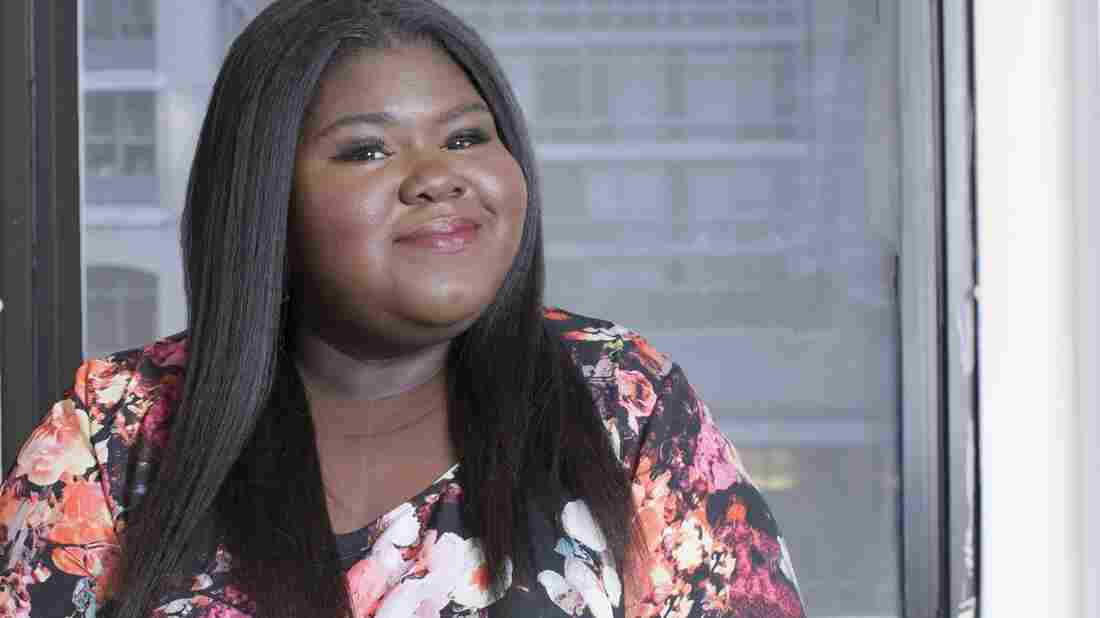 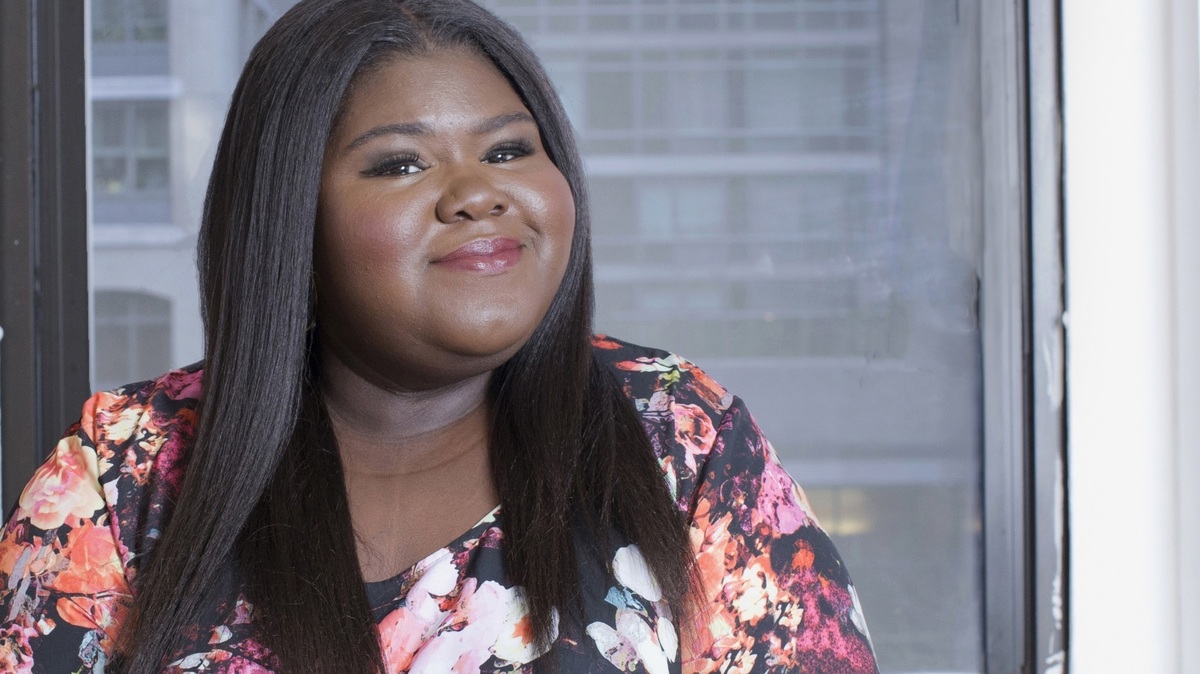 Remember Precious? The 2009 film earned six Oscar nominations, including a best actress nod for newcomer Gabourey Sidibe. Precious was Sidibe's first acting job, and audiences ached for her character, a teen who is physically and sexually abused by her family.

Before Precious, Sidibe had been in two school plays — in the chorus. Since then, she has gone on to make a career for herself in movies and TV shows, like Fox's Empire.

Actress Gabourey Sidibe Explains How She Meets People Through Podcasts

Now the 33-year-old has written a book of essays about her rise to fame, body image and what it's like to be her. The book is called This Is Just My Face: Try Not to Stare. She tells NPR about how fame changed her life and how she responds when people comment on her weight.

On anticipating the fame Precious might bring after she finished filming

The film was coming out and I'd shot it and everyone was telling me that I was about to be a star. But, like, I still lived in a two-bedroom apartment with, you know, my mom sleeping in the living room on a day bed, and my brother. And I would go from, you know, really, really, really excited moments to depression. ...

There was a lot of like, "Yeah, maybe." ... [The film] could have been not as big a deal as they all thought it was going to be. It could have gone straight to video. But also I didn't want to be famous, like that wasn't my goal. My goal was just to live a good life that I was happy with. And I wasn't exactly sure that that meant being the star of a movie. 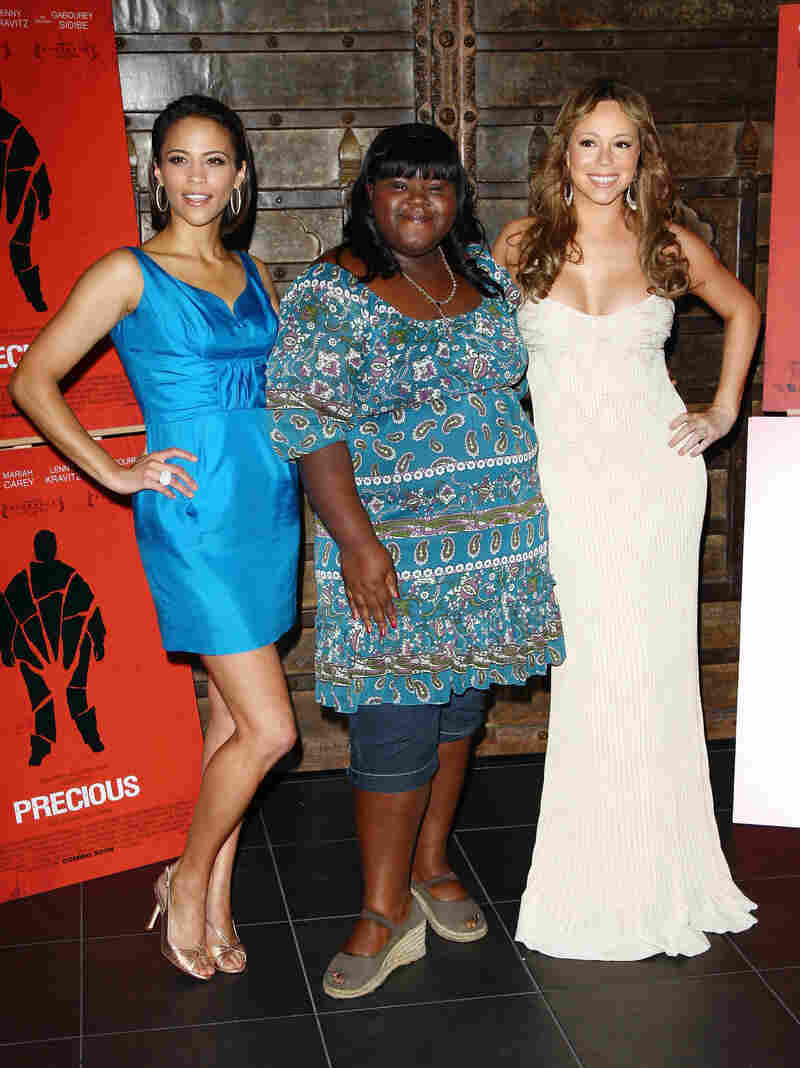 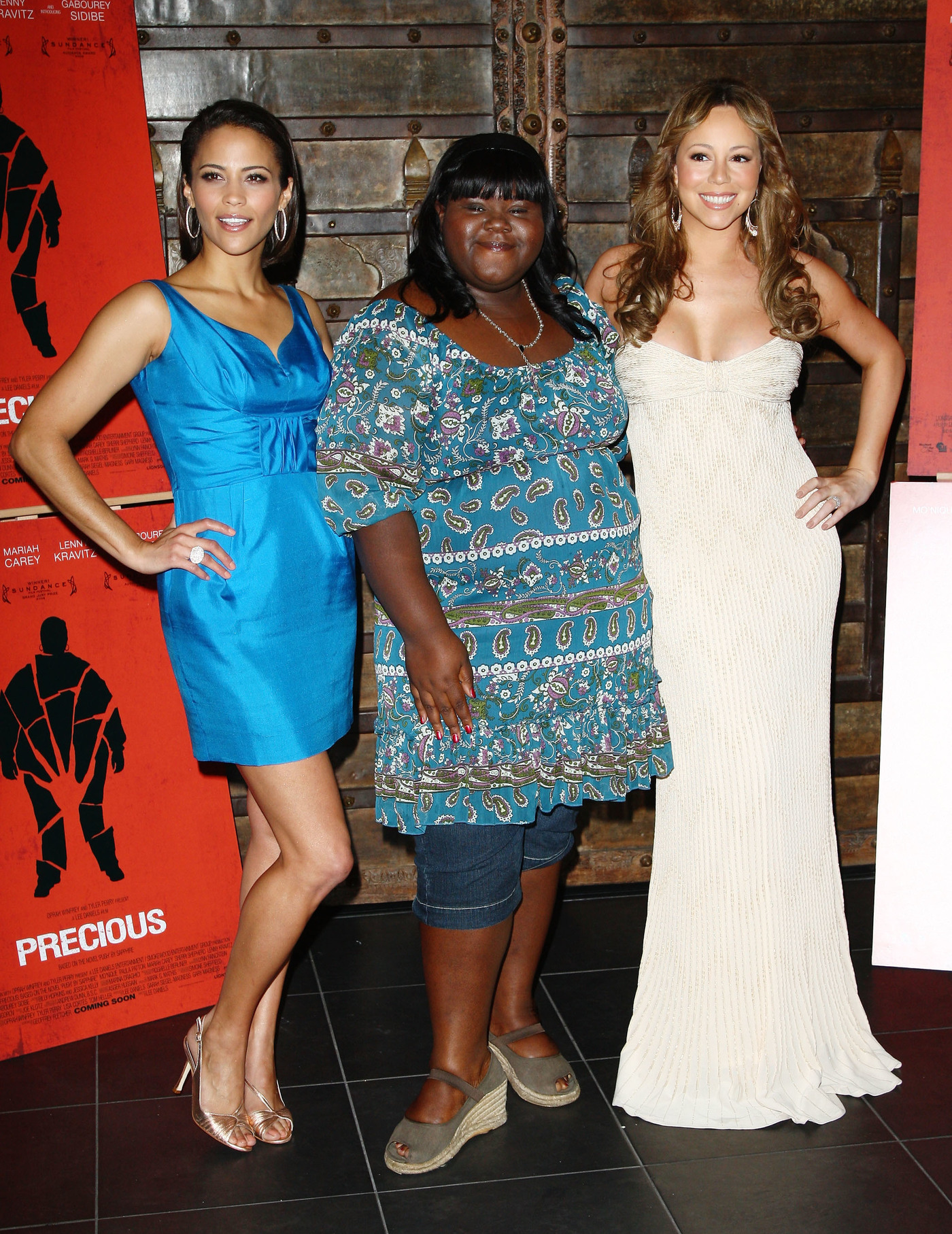 I didn't have any money. I had to compete with, you know, the Mariah Careys, all the fancy people that were in the film that had, you know, whole teams behind them — makeup artists, stylists, everything — and I had none of it. ...

We're at Cannes; we're in the south of France. I'm wearing this dress that I bought from Torrid or something, and I'm also wearing jeans underneath. ... I also was wearing a headband because there was a very real point in my career where I thought, Oh, headbands will be my thing. Like, I really thought that. I was like, Ya gotta have a gimmick. ... And like these brown wedges that I truly bought from Payless. My whole outfit cost maybe $37, but I still had to stand in between Paula Patton — as gorgeous as she is, as stylish as she is — and Mariah Carey. I don't think I need to tell you how gorgeous and stylish and fancy Mariah is. That is real pressure. 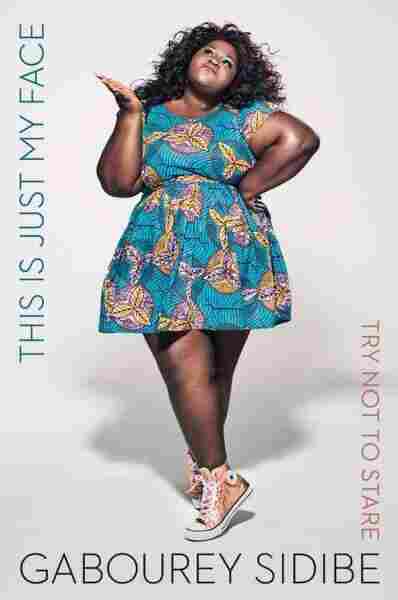 This Is Just My Face

Try Not to Stare

And people would say, even when they couldn't see me as a different person from this character, they would say, "This happened to me the same way it happened to you." And I didn't feel like I could say, "This didn't happen to me. This is a character." All I could do was give sympathy and push forth strength, in a way. Say, "She made it and you can make it too."

On the chapter in her book titled "MYOB"

MYOB: Mind your own body. It's important because I don't happen to have the kind of body that we usually see on television and in films. I am plus-size, I have dark skin and I am 100 percent beautiful, but I get a lot of flak. "Oh, you should lose weight." And now that I have lost weight — I lost weight for health reasons — I get, "You look good, but don't lose too much weight because your face is starting to sink in." ...

Literally someone said, "Congratulations, I see you lost weight. Congratulations." And I say, "That's a weird thing to congratulate me on because this is my body." And it's not just the male gaze, it's like the human gaze. People do this to me. ... People staring at me. But also, this has been my body since I was 5ish, you know? It's been a 30-year thing of other people putting their own stuff on my body. But it's mine, so I will police it, thank you.

I know that Lee himself has struggled with his weight throughout his entire life. Lee is always on my side. But he also is very much a part of Hollywood, and Hollywood in general is not on my body's side, you know. And he's a part of that. Everyone I work with is a part of that. ...

I was listening in on the phone call where André Leon Talley was saying that he was going to get my fat black ass on the cover of the magazine, and Lee was excited about it. You know André Leon Talley is fat and black, and Lee was at that time, too, and I think that they saw me as this thing that was closer to them than I was to Hollywood, and they were celebrating that. And it hurt my feelings. It hurt my feelings. But it also was a lesson in this is what they think and this is what they will always think, and there's no way of being too talented or too pretty or too confident around it. People will still have their opinions....