Accessibility links
May Day Marches Expected Swell With Activists United Against Trump Monday's protests for worker rights around the country are expected to draw larger than usual crowds this year due to President Trump's efforts to crack down on immigration. 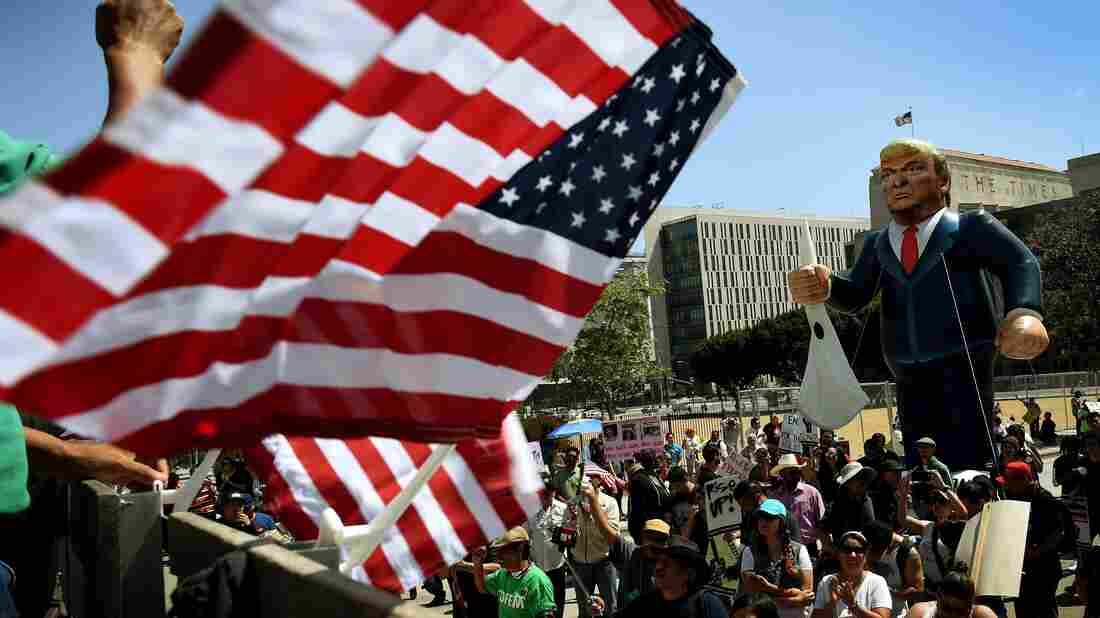 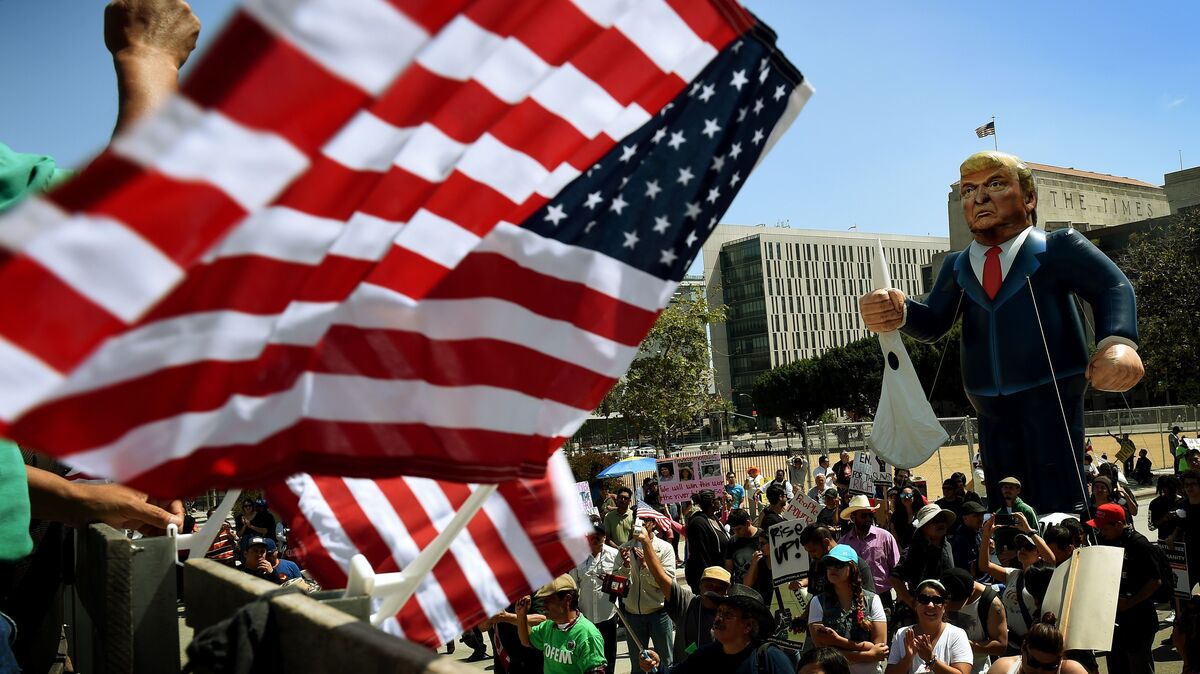 Members of the "Full Rights for Immigrants Coalition" displayed a giant effigy of then-candidate Donald Trump on May Day in Los Angeles last year.

Marches in support of worker rights and labor unions are taking place around the world Monday, dubbed "May Day." Here in the U.S., they're expected to draw larger than usual crowds due to President Trump's efforts to crack down on immigration.

In 2006, massive immigrant rights marches in Los Angeles and in other major cities on May Day were often credited with killing a sweeping anti-illegal immigration bill in Congress. Community organizer Tony Bernabe remembers those protests fondly. But 11 years on, Congress is no closer to striking a deal on immigration, and he thinks things are getting worse.

"There is fear in the community," Bernabe said. "This administration is scaring them."

Despite predictions of large crowds, organizers say some would-be marchers could be afraid to come out. Many people in the country unlawfully have kept a low profile since the inauguration of Trump, who's pledged to tighten U.S. immigration and build a wall along the Mexican border.

"If the Trump administration has done something very well, it has united lots of communities who otherwise would not be marching together," said Jorge-Mario Cabrera, spokesperson for the Coalition for Humane Immigrant Rights.

In cities from Washington, D.C. to Los Angeles to Seattle, the more traditional May Day labor marches are expected to swell with women's groups, police reformers — basically anyone who wants to protest the president. Smaller crowds of pro-Trump counter-protesters are also likely.

With the country deeply divided, authorities are worried about possible violence. In liberal Seattle, where May Day protests last year turned violent, Police Captain Chris Fowler pledged his officers will do all they can to ensure that free speech rights are protected.

The concern is less over violence at the dozens of planned daytime protests around the country today, but rather the more unplanned acts of civil disobedience that police say could last through the night.