Accessibility links
Singing Cowboy Rob Quist Tries To Give Democrats A Special Election Win In Montana Democrats hope a singing cowboy in Montana will become their party's latest candidate to mobilize enthusiasm and money against Republicans in a special election for the state's only U.S. House seat. 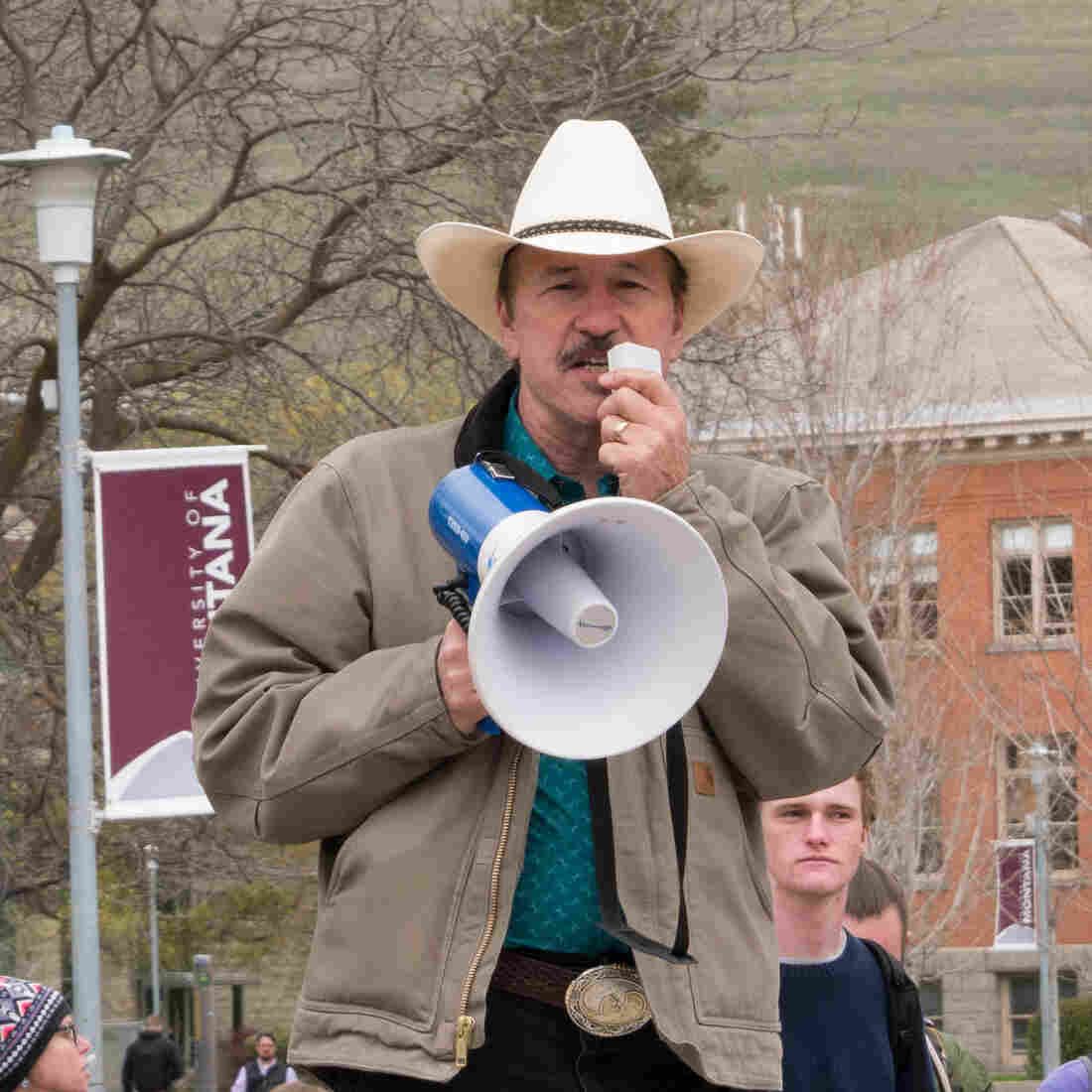 Rob Quist, the Democrat who's running for an open U.S. House race in Montana, campaigns at the University of Montana on April 27, 2017. Quist is a political newcomer who's a well-known country singer in the state. Josh Burnham/Montana Public Radio hide caption 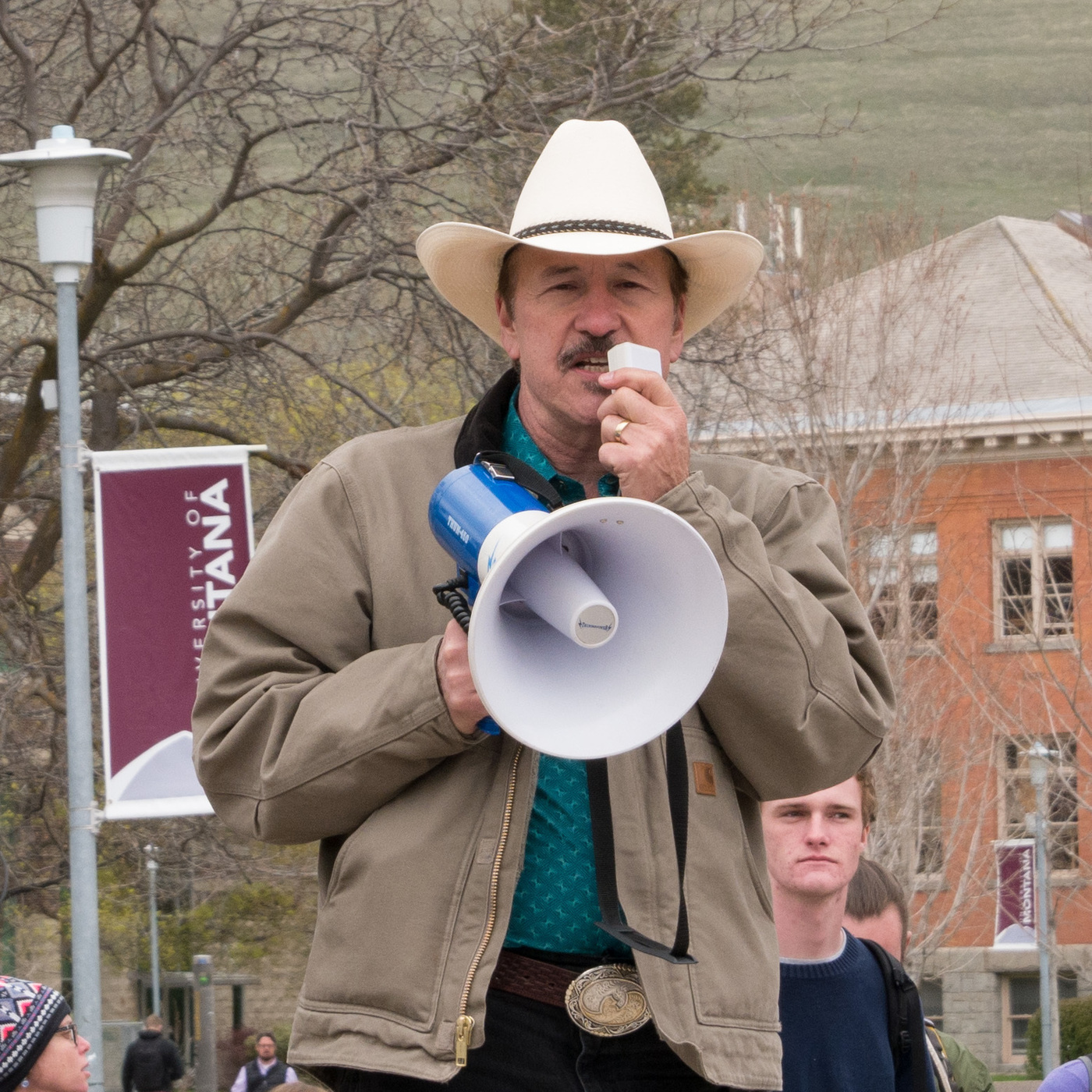 Rob Quist, the Democrat who's running for an open U.S. House race in Montana, campaigns at the University of Montana on April 27, 2017. Quist is a political newcomer who's a well-known country singer in the state.

Democrats are hoping that the third time is a charm when it comes to harnessing voter discontent against President Trump.

They're pinning their hopes on political neophyte and singing cowboy Rob Quist as he tries to flip a U.S. House seat held by Republicans in Montana that was vacated by Ryan Zinke, who was confirmed as Secretary of Interior in March.

In the past month, Democratic candidates have come up short in special elections in Republican-dominated districts in Kansas and Georgia (although the Georgia race is headed to a runoff election in June).

Quist is a Montana native who's been a well-known musician here since his days fronting the country rock Mission Mountain Wood Band in the 1970s.

Republicans are confident they have the numerical edge in a state that went for Donald Trump by 20 points in November, but their candidate, software entrepreneur Greg Gianforte, is also a political newbie. His only political experience was getting defeated in a bid to oust Montana's incumbent governor last fall in an election that was otherwise a Republican sweep of state and federal offices.

Montana's single House seat has been held by Republicans since 1996, but no one is sure what turnout will be like in a special election where voting day is the Thursday before Memorial Day.

The campaign is all about who's got the authenticity to represent a state that leans conservative but does have a Democratic governor and U.S. senator. Rob Quist campaigns in a cowboy hat and calls Gianforte "a New Jersey millionaire." 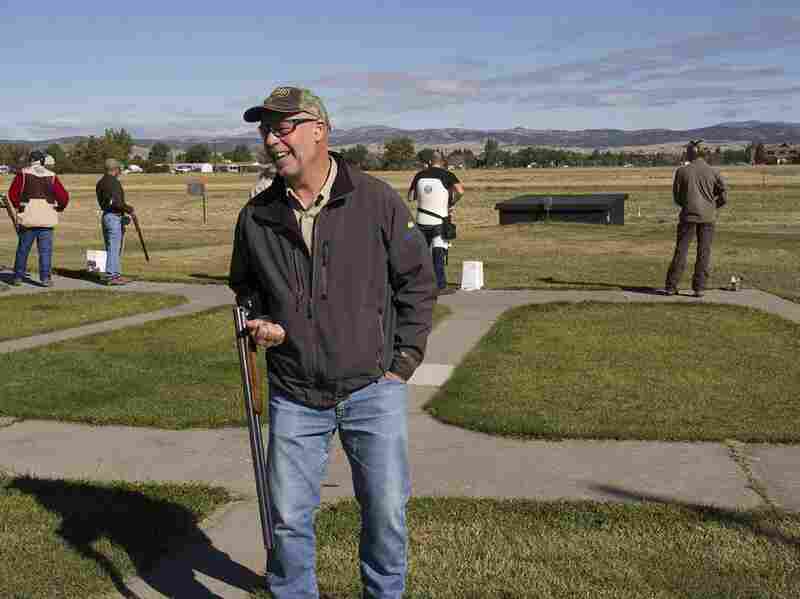 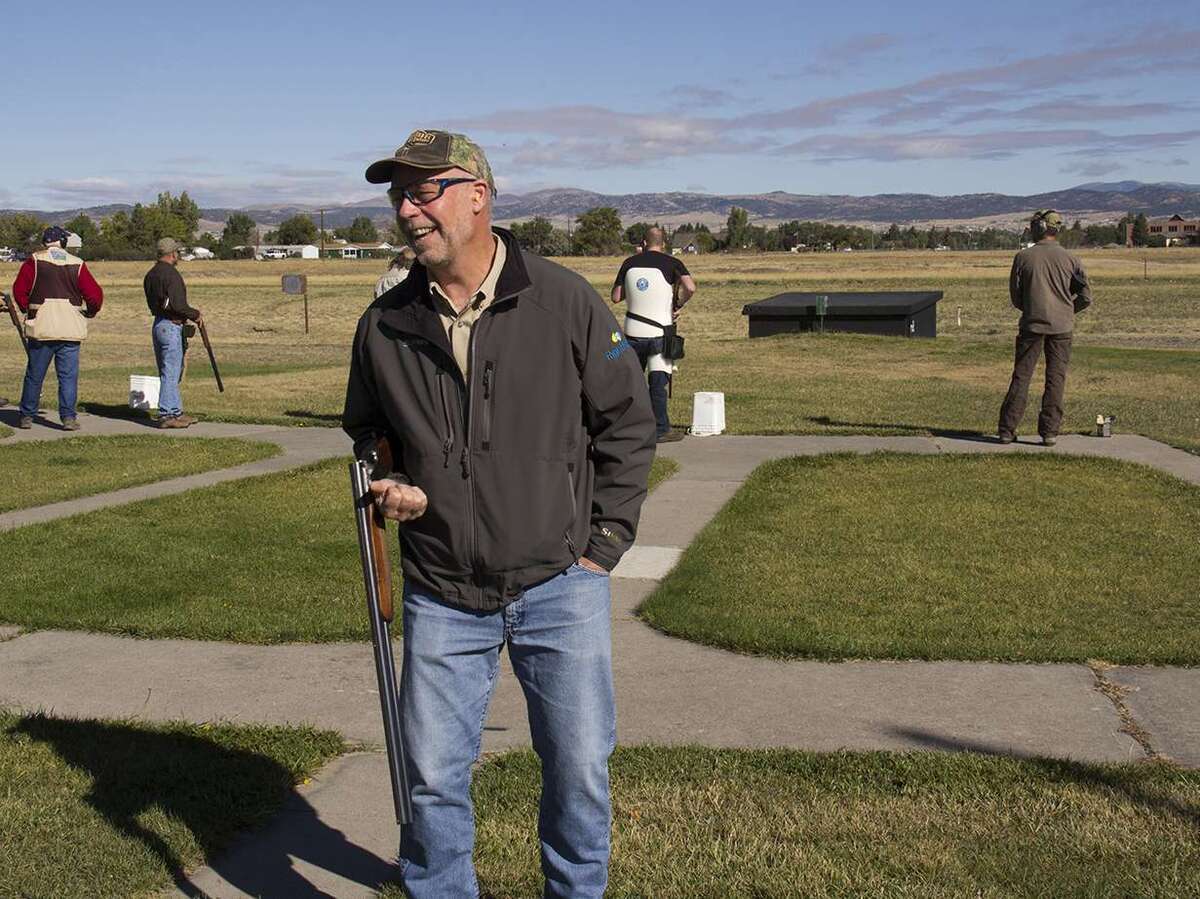 Republican Greg Gianforte after a round of trap shooting while unsuccessfully running for Montana governor last fall. Gianforte is now running for the vacant U.S. seat vacated by Interior Secretary Ryan Zinke.

Gianforte, who moved to Montana 24 years ago, points to his success launching a software business here that created hundreds of high paying jobs. On the campaign trail, Gianforte talks about raising his kids on wilderness camping trips and his prowess as a hunter.

Quist has the support of Bernie Sanders, who won Montana's presidential primary last year. But to win, Quist will also need the support of independent voters or Republicans. He's running TV ads where he's seen polishing a rifle that he says "has protected my family's ranch for generations." He then points it at a TV set, blasting an ad that portrays him as Nancy Pelosi in a cowboy hat.

Gianforte can win with strong Republican turnout alone. During his run for governor last year, Gianforte distanced himself from then-candidate Donald Trump. Six months later, he compares himself to the president as a political outsider and successful businessman. There's no evidence that the majority of Trump voters in Montana have regrets. Gianforte invited Trump's son, Donald Trump Jr., for a fundraising tour of the state that drew thousands.

"You wouldn't necessarily think we'd do as well in Montana, being, you know, from New York City," Trump Jr. told a cheering crowd at one stop, "but [President Trump] was able to actually to talk to real Americans, not talk at them."

While Gianforte isn't doing many public events, he has had a heavy presence on TV. He's also benefiting from heavy spending from Republican outside groups, including a super PAC allied with Republican congressional leaders that has spent a $700,000 on ads.

Quist was slower out of the blocks in the 85-day dead sprint race. It took him a couple of weeks to get ads on TV, and the Democratic Congressional Campaign Committee waited seven weeks before sending financial support.

Both sides are stepping up attacks as voters start receiving mail-in ballots this week. Ballots are due and in-person voting happens May 25th.

Republicans are wagging a moralizing finger at Quist for performing several times at an Idaho nudist resort (he performed fully clothed). They also point to state records showing he hasn't had a hunting license in 15 years, despite saying on the campaign trail that he's regularly brought wild game home to feed his family.

Democrats point to Gianforte's $242,400 investment in a pair of Russian index funds that included companies on U.S. sanctions lists. Gianforte calls those a small part of his portfolio that wouldn't influence his decision-making and has promised to put his assets in a blind trust if elected.

There's no reliable polling in the race so far but given Montana's conservative bent, Gianforte has a solid advantage. Democrats' job in the special election will be to turn out every voter on the angry left and hope that Republican voters stay home on election day.