Accessibility links
The Tony Nominations: 'The Great Comet,' 'Dolly,' And 'A Doll's House' The Tony nominations are out, and unlike last year, there's no founding-fathers-shaped giant absorbing the oxygen. 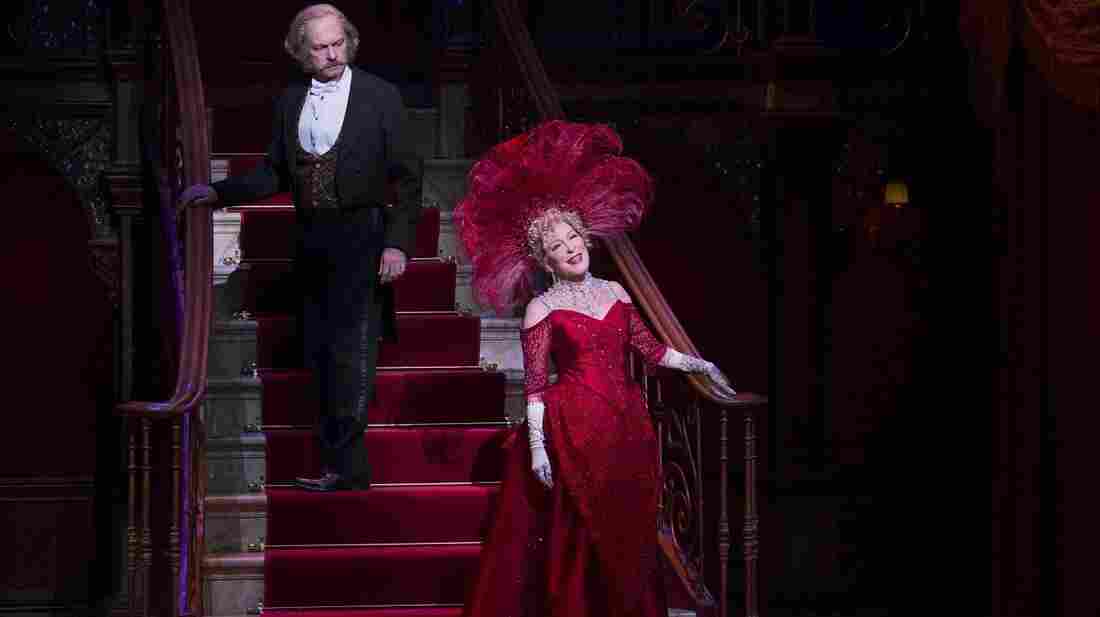 David Hyde Pierce and Bette Midler are both nominated for Tony Awards for their roles in the current Broadway revival of Hello, Dolly! Julieta Cervantes/AP hide caption 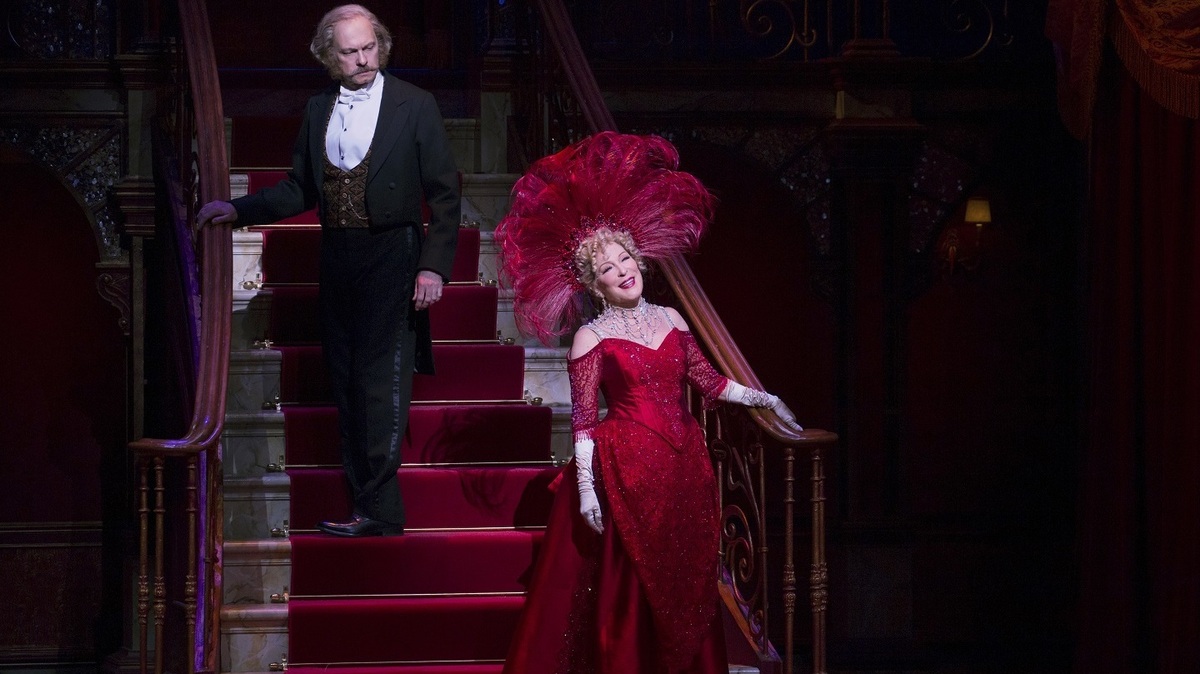 David Hyde Pierce and Bette Midler are both nominated for Tony Awards for their roles in the current Broadway revival of Hello, Dolly!

Last year, the Tony Awards were swamped, particularly in the minds of many who only follow theater casually, by the phenomenon that was Hamilton. It got 16 nominations, it seemed like (and was) a lock to win many of them, and every other Tony story struggled to get a little bit of sunlight.

Not so this year. Yes, there are big stories: the revival of Hello, Dolly! starring Bette Midler did very well, with 10 nominations, including ones for Midler and David Hyde Pierce as well as for Best Revival of a Musical. The new musical Natasha, Pierre And the Great Comet Of 1812 got more nominations than any other single show, with 12, including one for its big-star lead, Josh Groban.

But there is more room for more shows to breathe, certainly. Dear Evan Hansen, a musical that's felt to me like it has the most pop-culture juice of the season (a purely subjective evaluation), has nine nominations, and the musical adaptation of Groundhog Day and the based-on-a-true-story Come From Away both have seven.

As for plays (which generally don't rack up the sheer number of nominations that musicals do, because there aren't music-side awards in contention), the most-nominated show is A Doll's House Part 2, which is, yes, a contemporary follow-up to Ibsen's A Doll's House that imagines what Nora might be doing fifteen years after she famously walked out the door and left her husband and children behind. It received eight nominations including ones for all four of the actors in its small cast: Laurie Metcalf, Chris Cooper, Jayne Houdyshell, and Condola Rashad.

Nipping at its heels is Oslo, an absorbing drama about the negotiation of the Oslo Accords in 1993 that received seven nominations — my personal favorite being the one for Michael Yeargan's scenic design, which features only a few pieces that are rolled, carried, raised and lowered by the cast to shift from scene to scene in a strikingly elegant dance that underscores the care with which the talks have to be arranged and managed.

A revival of August Wilson's Jitney has six nominations, including one for director Ruben Santiago-Hudson, who (trivia alert!) TV viewers may know as Castle's Captain Roy Montgomery.

Hey You, Prestige Television Fan: Here's Why You Should See A New Play

Oh — and on a personal note, Sweat and Indecent, the plays I wrote about earlier this spring, were both nominated for Best Play, along with Oslo and A Doll's House Part 2, which makes me four for four on Best Play nominees for the first time ever, to say the least.

It's a curious moment for theater, from the standpoint of pop culture. There's no question in my mind that at least temporarily, Hamilton shifted the earth under the connection between Broadway and the rest of popular entertainment. I would posit that there's some population of people who didn't consider themselves likely to look into Broadway shows two or three years ago who might do it now. But the key word is might.

'Indecent': A Play About A Yiddish Play That Was Ahead Of Its Time

Look around you at a Broadway show — a play especially — and you will see an audience whose whiteness and, you know, maturity is, on the whole, evident. (I say that as a mature white lady. No judgment.) I haven't yet seen The Great Comet, but I'm not sure, despite its wonderful reviews, it's likely that the way to remedy an audience that leans older and whiter than you'd ideally prefer is to lead with Josh Groban. (Which isn't Josh Groban's fault! I'm actually quite a fan of him as well. And you also would not lead with someone like me. Once again: no judgment.)

But there's a lot to like in these shows, and the plays, I can tell you, are deeply engaged with many of the profound questions about the state of the world that currently preoccupy so many of us. Sweat, Indecent, Oslo and A Doll's House all, in different ways, feel as if they are — to use a tricky and squishy term — resonant. They resonate not only with direct questions of history and sociology, but with the more unsettling sensation that to live in the world is often to feel misunderstood and mistreated by people with whom you must nonetheless either find a way to live peacefully — or consign yourself to live other than peacefully. They are all plays about coexistence in various ways, and in that sense, they are all plays about compassion and empathy and the limitations of both.

The Tony Awards will be handed out on Sunday, June 11. Find all the nominees here.