Accessibility links
Showtime Goma's 'Secret NRG' Is A Triumphant Rallying Cry Known for hopscotching between an array of bands, Jen Goma embodies numerous roles in the video for her empowering new dance-pop gem.

Jen Goma has long been a musical shapeshifter. A singer with nuanced sensitivity and stirring power, Goma is versatile enough to inhabit numerous roles — be it fully-fledged band member, studio collaborator or tour support. Best known as part of A Sunny Day In Glasgow, Goma was one of the Philly band's seamlessly intertwined singers, unfurling rapturous harmonies that rose above the dreamy hooks and sheets of guitars and noise. But over the years, she's also juggled time with a flurry of other artists and friends — including the rock band-meets-performance art troupe People Get Ready, the heart-on-sleeve indie pop band The Pains Of Being Pure At Heart and Roman à Clef. That said, while all that frequent stylistic hopscotching has offered shades to her chameleon-like vocal prowess, she's always been a piece in the collective, rarely the primary focal point. 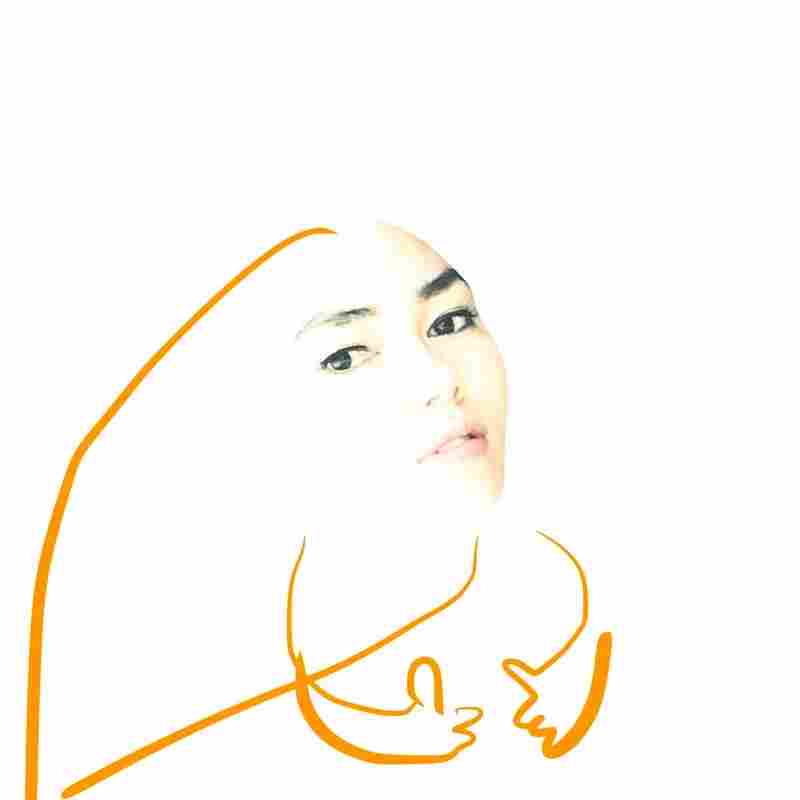 With her first solo album, Smiley Face, we finally get a truer glimpse of what Jen Goma can do when she goes it alone. Under the name Showtime Goma (a glitzy, self-referential moniker that seems to nod to the fact that she's stepping fully into the spotlight), the Arizona native and Brooklyn-based songwriter's new music bursts with exuberant ideas and sparkling sounds. The album is also the result of collaboration-- namely, with Deerhoof's Greg Saunier, who appears and worked with her on nearly every track. But it was clear from the first single that this is Goma unfiltered, and that her fizzy dance-pop gems are unlike anything she's made before.

"Secret NRG," the album's dramatic closer, exemplifies this new direction. With glossy synths, churning organ and danceable beats propelling her overlapping voices, Goma ponders the challenging, uncertain times in which we live, singing "What will we bring if nothing for the future? How will we live with no hope for tomorrow?" As the song swells, her words become a triumphant rallying cry for better times ahead, delivering hopeful reassurances both big and small. "Don't forget who you are! / Keep your eye on the moon / Stand up tall and be brave / You'll be home soon!" she boldly declares, her voice ascending toward the stratosphere.

In her elusive and enlivening self-directed music video for "Secret NRG," Goma embodies even more new roles. This time, she's portraying multiple connected women, each dressed in distinctive, colorful clothing (a simple flowery dress, a glamorously sequined dress and fur coat, a shiny cheerleader uniform, a mod blue jumper and red beret, a leather USA jacket and more), yet frozen in rigidly mannered poses as if in a diorama come to life. But as soon as the song erupts in the chorus, each character breaks free from her composed stillness. Unified by their celebratory fury, Goma's personas unleash a flood of pent-up frustrations and anger with joyful "We're all in this together" dancing. It's a perfect visual match for the empowering and empathetic themes of "Secret NRG" — and a wonderful reintroduction to the many sides of Jen Goma.

In an email, Goma describes her interpretation of the video's message:

I guess the video explores the way we all practice death while we're alive. How we can be pacified with the picture/still of a life versus the action of living it. We'll all be very still soon enough. Life is loss, so why not lose control. I think the best way to practice death is to let go, let go of a pose or an idea and activate. You can't get buckets without moving your damned feet.