Accessibility links
Ivanka Trump's 'Women Who Work': What Does She Say In Her New Book? The first daughter's new book is billed as a resource for women trying to reach their dream professional lives, but it is fairly short and nonspecific about how to get there. 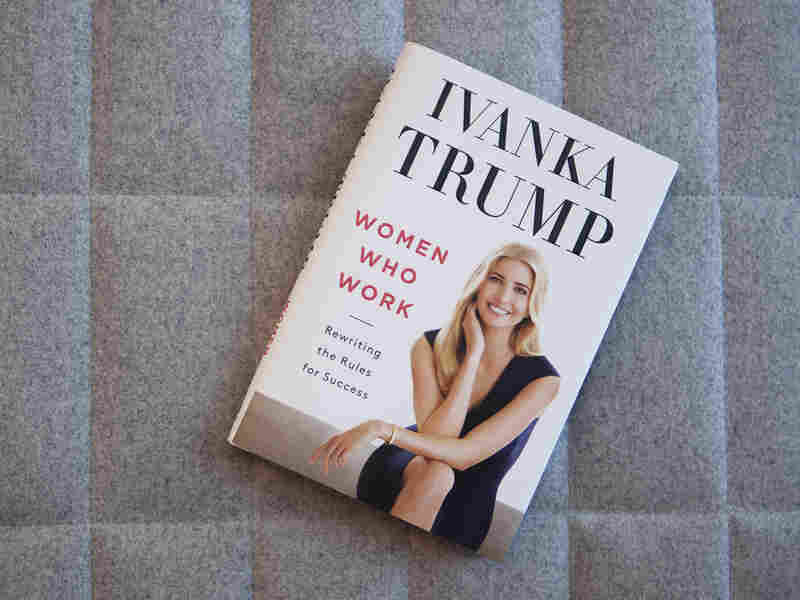 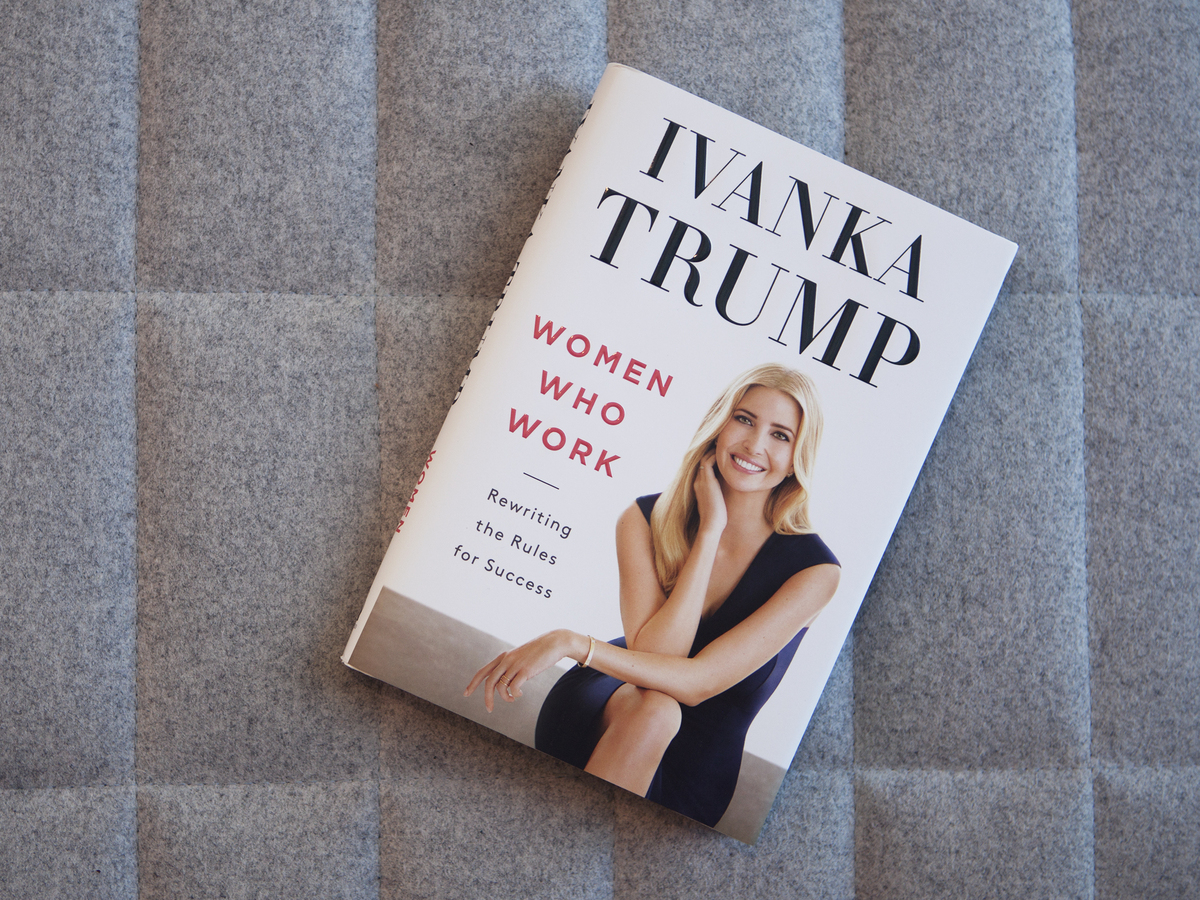 Ivanka Trump's Women Who Work is the latest entry in the crowded "having-it-all" genre — the ocean of books aimed at helping women navigate their careers.

The book, an outgrowth of a marketing campaign she launched at her company (as the New York Times reported), is a quick read at 217 pages. Readers scanning those pages for new details about the Trump family and Ivanka Trump's role in her father's political career will be disappointed; Trump touches upon those topics rarely and glancingly.

Rather, she bills her book as a map for self-improvement. Trump lays out steps for women to attain their dream professional lives — lives that meld optimally with family, friends and self-care. If you don't have time to read it (perhaps because you could use some work-life balance yourself), here's an overview of what is and isn't in the book, as well as how helpful it really could be as a career manual.

Ivanka Trump may be her father's most trusted adviser, but there are no particularly juicy details in the book about President Trump. Political opponents won't find much to argue with, either. There's virtually no policy in the book until the final pages (more on that later).

There is the occasional politics-adjacent anecdote: her fears about giving a speech at the Republican National Convention, for example, as well as how the family negotiated the deal to purchase the Old Post Office and turn it into a Trump hotel (a deal that raised serious ethics questions after President Trump took office). But none of the controversy surrounding the hotel comes up, nor does the substance of that RNC speech.

Nor are there career lessons from her new job in the White House; Trump writes in the preface that she completed the manuscript "before we knew the results of the election," and that the preface itself was written "days away" from her father's inauguration.

A "manual" for fulfillment

Trump describes her book as a "manual for architecting the life you want to live." It's more overtly self-help oriented than, say, Sheryl Sandberg's Lean In — perhaps the best-known book about women and work of the past decade.

There is at least one major similarity between the two: Both books are clearly geared more toward white-collar women than pink- or blue-collar.

But the aims are also starkly different. In Lean In, Sandberg carefully made the case for why the book needed to exist: by amassing anecdotes, studies and polls, her book told a story of a society that discriminates against women, training them to be less ambitious than men.

Many Working Women Won't See Themselves In 'Women Who Work'

For her part, Trump writes that she hopes her book "will help our generation change the narrative around women and work." But rather than laying out the specifics of that narrative, she moves straight on to the advice about "architecting" that dream life. In doing so, she focuses on internal struggles: seeking fulfillment, rather than seeking out a seat at the conference table.

So, rather than including autobiographical details and social critiques, as Sandberg did, Trump's book is more straightforwardly about what she considers the do's and don'ts of working while female. 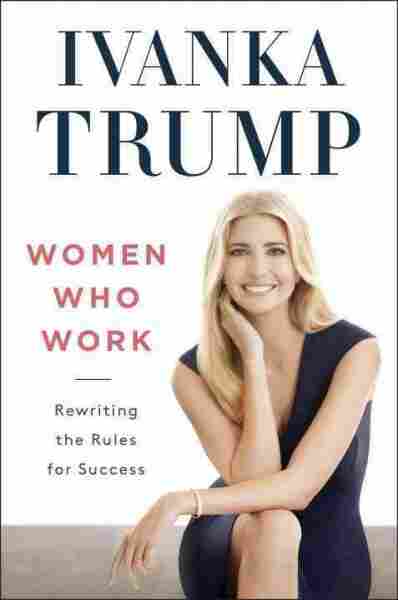 Rewriting the Rules for Success

Many of the basic ideas in Trump's book seem useful: centering your work around Your Passion does sound pretty great. Writing a Personal Mission Statement could probably help plenty of people distill their professional goals. Meetings really are often way too long and unproductive.

Then again, one could have figured most of this out from any number of motivational speeches or career coaches. Often, the melange of quotes and how-to lists give the book more the aesthetic of a Pinterest board than a career guide.

When Trump does get into the specifics of her job, her writing often takes on more personality, revealing someone who is passionate and particular about her career. At one point, she advises managers to ask applicants for references from all past jobs and then actually call all of those references. It's not necessarily a groundbreaking strategy, but it does give a rare, clear sense of what, specifically, Ivanka Trump is like as a manager: To her, slowing down and paying intense attention to detail are key ingredients to success.

This kind of detail stands out compared to her plentiful, more banal advice: Hire hard workers who have a "unique perspective," for example.

Speaking of saying something new ...

Trump says in her introduction how she put the book together: "I've curated my best thinking, as well as that of so many others, in the pages of this book."

And curate she does. Often, Trump's book reads as a conglomeration of loosely strung-together advice from other career resources. Many lists of tips on negotiation and meeting-running come directly from outside experts, like Wharton School professor Adam Grant and leadership coach Elizabeth Cronise McLaughlin — both of whom Trump frequently cites.

Trump is both young and has had much of her work experience in the family business, so it makes sense she would do outside research. But compiling so many sources together in a relatively short manual means that Trump scratches the surface of topics that could merit a deeper treatment: Entire books have been written on hiring "a world-class team" or the challenges of simultaneously planning out family and career.

Indeed, Trump's book ends with a list of recommended books, websites and TED Talks (Trump appears to be a TED aficionado, listing at least two per chapter), pointing readers to places where they could presumably find more depth on any of the topics she touched upon.

Trump does get to deeper policy matters in her final pages — but only a little.

She denounces current family leave practices, pointing out that federal policies "have not undergone fundamental change for 65 years and don't address modern realities." She also criticizes the U.S. system for not requiring that firms provide paid parental leave.

It's not new for Ivanka Trump to advocate for family-friendly workplace policies; it was well-known on the campaign trail that she helped design her father's leave proposals. But in her book, Trump offers no additional detail, instead concluding, "It's imperative to advocate for new and better solutions for working men and women."