Accessibility links
Noncitizens Will Soon Be Able To Vote In San Francisco — For School Board "If you allow the children to attend school, why can't a parent have the right to vote?" said one parent. Some worry the move will complicate and jeopardize the integrity of the city's elections. 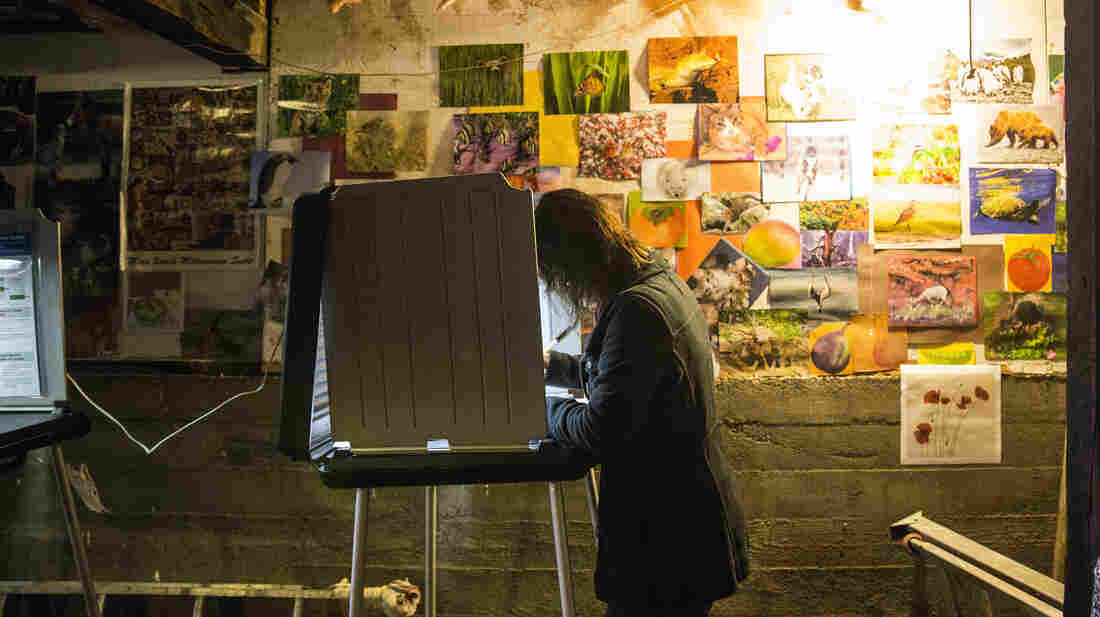 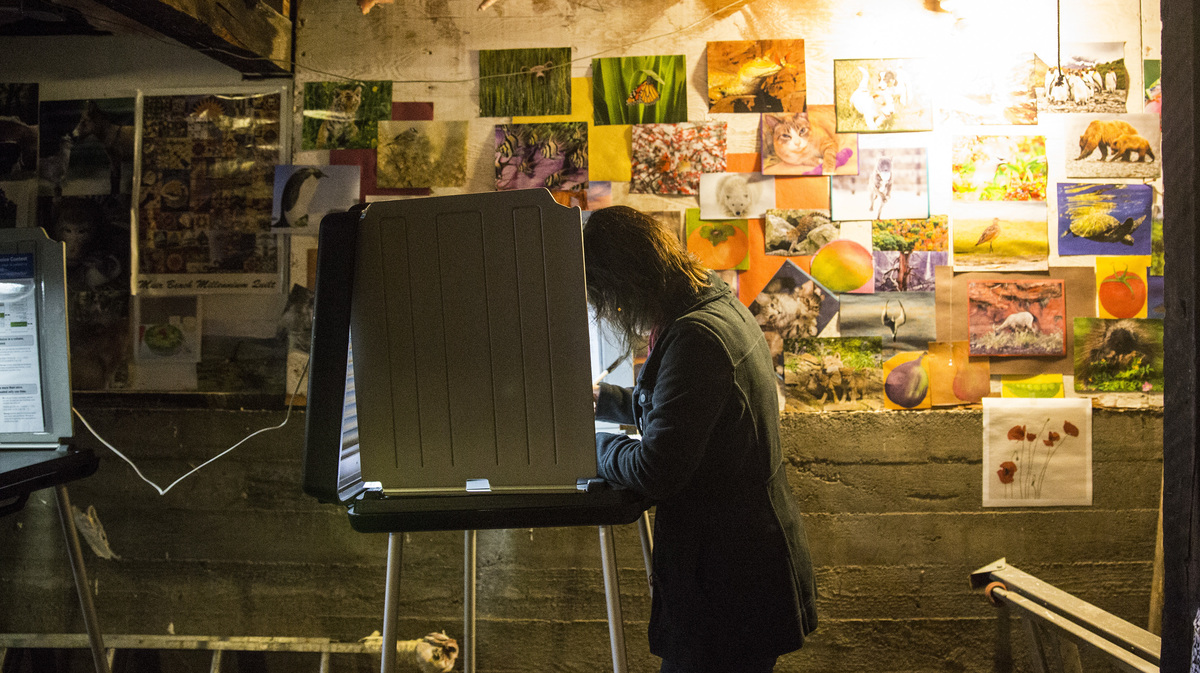 A woman votes in the Potrero Hill neighborhood of San Francisco.

President Trump has often criticized San Francisco's sanctuary policy for harboring people in the country unlawfully. Now the city is bracing for additional criticism from the federal government as it prepares to become the first city in the state and one of the first in the country to allow noncitizens to vote in local elections.

Proposition N passed in November. It will allow noncitizens, including people in the country illegally, who have children in the city's school district to vote in local school board elections. Supporters want to give immigrant parents more of a voice in how the city's public schools are run.

We have a lot to gain as a community because we're getting a voice that is rarely heard from involved in politics.

"We need to ensure that all our parents are engaged in the governance and future of our schools," said David Chiu, who represents San Francisco in the state Assembly. Chiu supported the measure, and in the state Legislature he is authoring several bills to protect immigrants from what he sees as overreach by the federal government. He notes that for much of the nation's history until the early 20th century, noncitizens routinely voted in most states.

"The premise was that we wanted immigrants to be assimilated as quickly as possible into our democratic institutions, including voting," Chiu said.

San Francisco is nearly one-third Asian, but the school board has no Chinese-American members, notes David Lee, executive director of the Chinese American Voters Education Committee. His organization encourages Chinese-Americans to get involved in politics. Lee supported Proposition N and hopes it will encourage more participation but worries that it's not enough in today's political climate. Many immigrants could prefer to stay under the radar, even if they're here legally, he says.

"It's really unfortunate that the national rhetoric and the Trump administration has become so hostile to immigrants that they fear participating in this very basic American right," said Lee.

"We have a lot to gain as a community because we're getting a voice that is rarely heard from involved in politics," Lee continued.

San Francisco City Attorney On Sanctuary City Ruling: 'We Should All Feel Vindicated'

Supporters like Chiu see Proposition N as a shining example of the city's progressive, forward-thinking policies. But not everyone agrees.

"San Francisco, I've called it the utopian petri dish of California," said Harmeet Dhillon, national committeewoman from California for the Republican National Committee. "Bad ideas that survive the chemical process here tend to spread and metastasize throughout California. And I'm afraid that's what's really going on behind this."

As an attorney, Dhillon handles election law cases. She worries non-citizen voting could lead to confusion at the ballot box and increase the chances of voter fraud — intentional or un-intentional.

"I think a lot of people who don't speak English may misunderstand their right to vote more generally," Dhillon said. "You vote in this election and it feels good. Your candidate won and so you might decide to register for a general election as well."

Bad ideas that survive the chemical process here tend to spread and metastasize throughout California. And I'm afraid that's what's really going on behind this.

Dhillon and many other Republicans criticize California for not doing a better job of checking voter rolls and cross-referencing them with immigrants in the country illegally who get benefits, such as a California identification card for driving.

"I'm not saying turn them in," Dhillon says, "but just for the integrity of the ballot."

California Secretary of State Alex Padilla says there's no evidence to support allegations that the state's voter rolls include many people in the country illegally and who are therefore ineligible to cast ballots.

More than two-thirds of K-12 students in San Francisco's public schools are Latino or Asian-American. Of all students, at least 1 in 3 is believed to have a parent who's an immigrant.

The passage of Proposition N got a big thumbs-up from parent Carmen Flores at a recent school board meeting. Flores is from Nicaragua and has two kids in public schools. She's now a naturalized citizen and therefore allowed to vote in all elections. But she thinks noncitizens should also have a voice.

"If you allow the children to attend school, why can't a parent have the right to vote?" Flores said. "It doesn't make sense not to do it. Schools in San Francisco are not good. You have to fight to get a really good public school. That's what I did for my child."

But the idea of noncitizens voting does not sit well with parent Nicole Powell.

"That's why we pay taxes; this is why we vote," Powell said. "These are things that are in place for a reason. So I personally feel like, you should be a citizen."

San Francisco school board President Shamann Walton acknowledges backers of the initiative never imagined it would be enacted during a presidency deemed hostile to immigrants. But he says that shouldn't be a long-term concern.

"We thought we would probably have a different leader in the White House," Walton said. "But remember, presidencies don't last forever, thank God. But hopefully this policy does."

The measure will take effect for November elections in 2018, 2020 and 2022, and will expire after that unless the Board of Supervisors adopts an ordinance to continue it.

The man responsible for implementing Proposition N, city elections chief John Arntz, says his main focus isn't the politics here. It's just making sure the measure gets enacted without a hitch.

"Potentially, there's going to be a lot of attention to this and a lot of activity," Arntz said. "Just stay to the goal and get it implemented and run the election, and everything else will pass by."