Accessibility links
WATCH: Orioles' Adam Jones Receives Ovation At Fenway After Alleged Epithets Jones had called the heckling one of the worst experiences of his 12-year major league career. 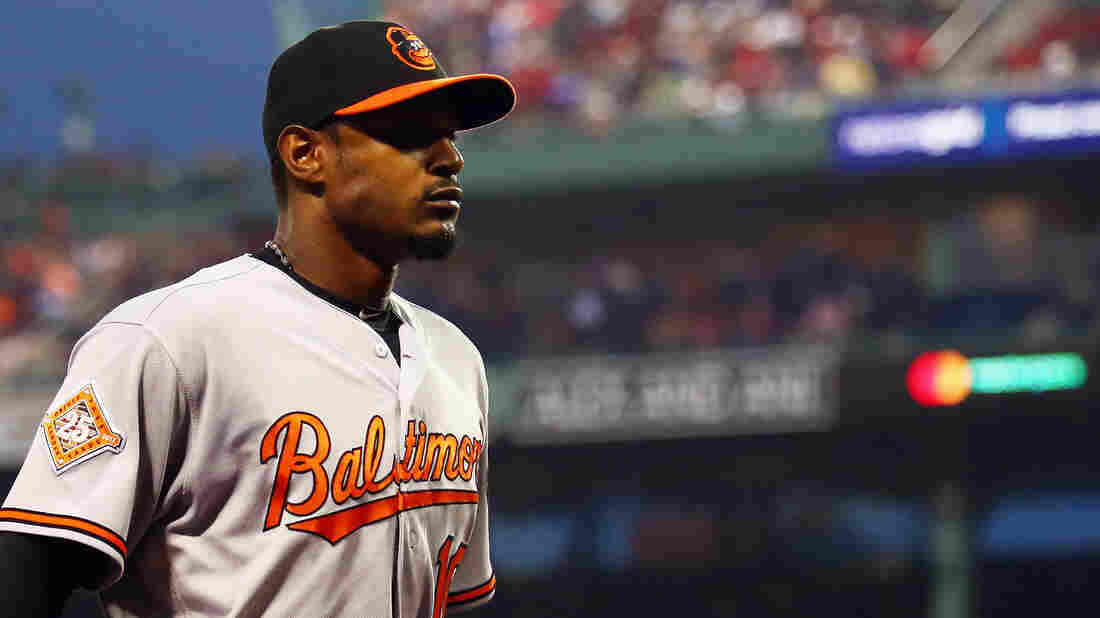 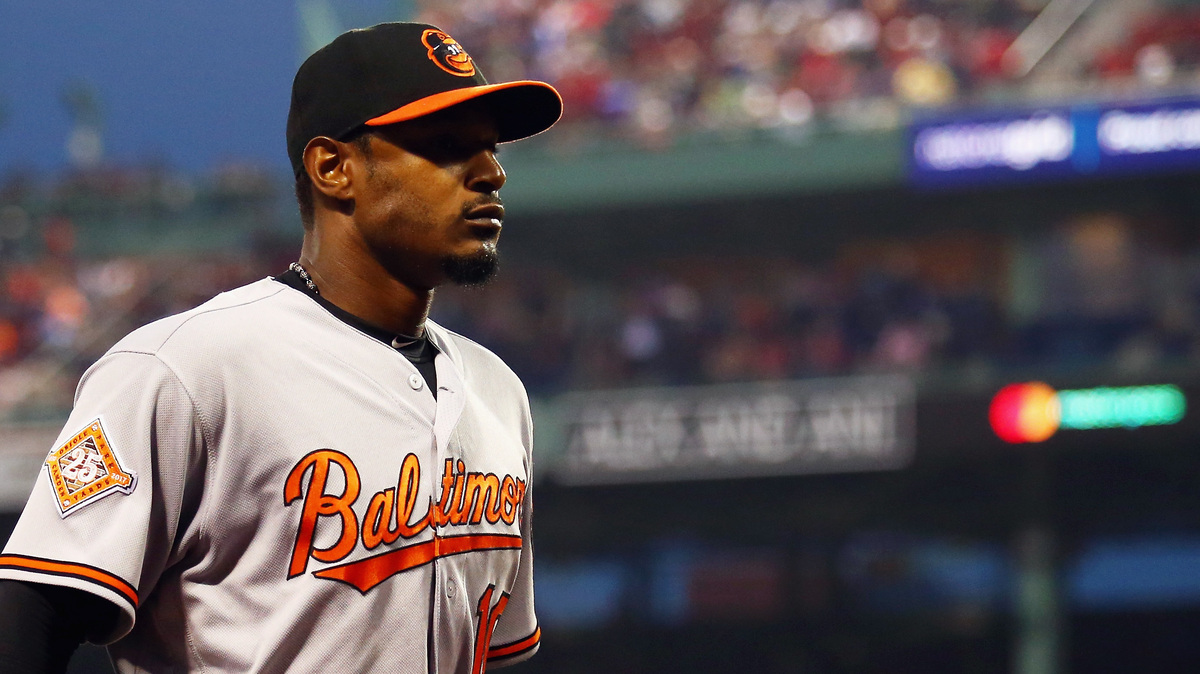 Adam Jones walks off the field during Tuesday night's game at Fenway Park.

Baltimore Orioles player Adam Jones received an extended ovation from fans at Boston's Fenway Park on Tuesday night, one day after he says he heard racists taunts from fans at the same park.

Jones, who is African-American, also said someone in the stands threw a bag of peanuts at him Monday night.

At Tuesday's game, many fans applauded and stood up as Jones went to bat in the first inning. Boston pitcher Chris Sale stepped off the mound to let Jones relish the moment and some Red Sox players also applauded.

Adam Jones was given a standing ovation before his first at bat on Tuesday at Fenway. 👏👏👏 pic.twitter.com/LsGr71JzYz

Before the game, Red Sox player Mookie Betts encouraged fans to stand up for Jones with a tweet. "Fact: I'm Black too," he tweeted.

Fact: I'm Black too ✊🏽Literally stand up for @SimplyAJ10 tonight and say no to racism. We as @RedSox and @MLB fans are better than this.

"I just appreciate what they did," Jones told reporters just outside the visitor's clubhouse after the game. "I've never on the road gotten any ovations or anything like that, so it just caught me off guard a little bit. ... I just wanted to get in the box and get on with the game."

Jones called the heckling one of the worst experiences of his 12-year major league career. It was an unusually raucous night at the game — 34 fans, including the one who allegedly threw peanuts at Jones, were ejected from the park.

The incidents prompted the Red Sox to quickly apologize. "We take Adam Jones at his word," team president Sam Kennedy said. "That is unacceptable what happened and we're going to take steps to address it." It's unclear exactly what steps the Red Sox will take, but the team is considering a possible lifetime ban for anyone caught making racist remarks at the ballpark.

"It just shows that people live in their own world," Jones said. "They still have their own views, obviously, and some people like to express hatred toward another person."

Gov. Charlie Baker said he didn't think the incidents reflect a wider issue in the state. "I've lived here my whole life," he said. "I take tremendous pride in the fact that Massachusetts is a state and a community that welcomes diversity."

But Boston NAACP President Tanisha Sullivan said what Jones experienced was "a reflection of the worst of the city of Boston."

"It illuminates this subculture that exists here in and around the city of Boston, where someone would believe that they could go to Fenway park in a crowded stadium and use this racially charged language and not be held accountable," she said.