Accessibility links
Crayola Gives The People What They Want: A New Blue Crayon After Crayola announced it was retiring the yellow crayon Dandelion, the company said its replacement would be blue, but would it be a true blue? No, it's actually an accidental blue.

Crayola Gives The People What They Want: A New Blue Crayon

Crayola Gives The People What They Want: A New Blue Crayon 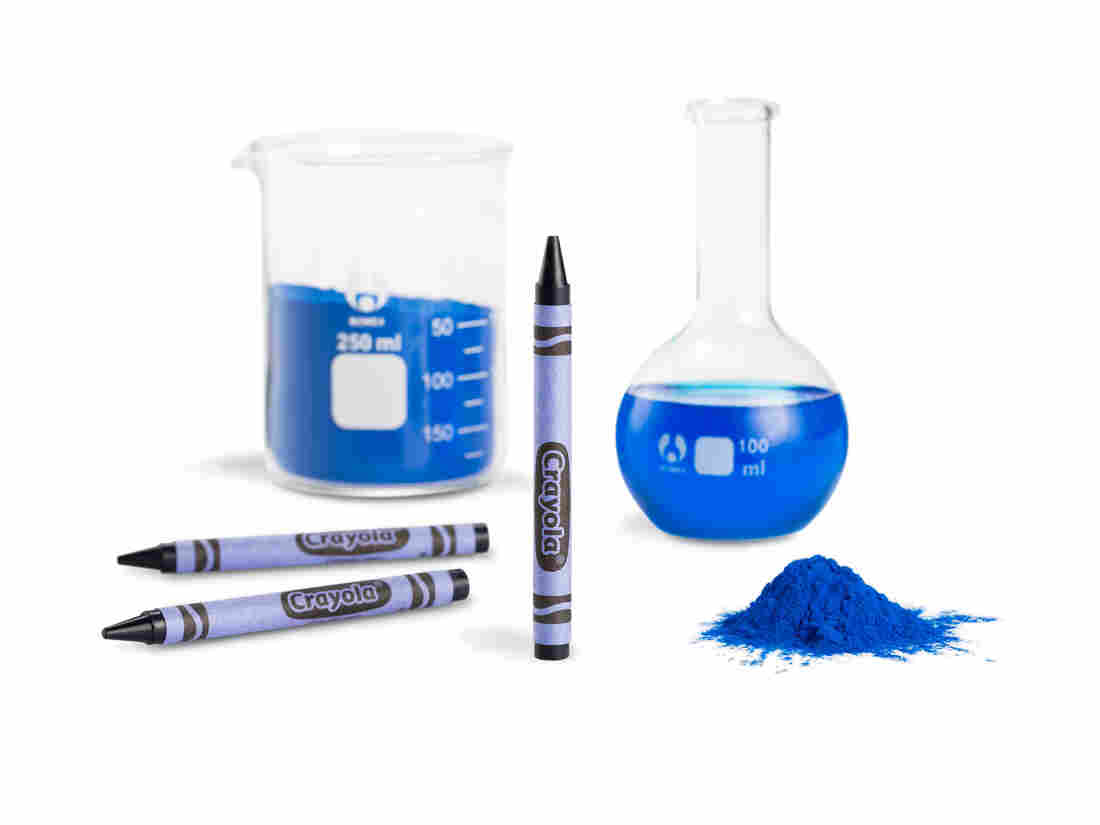 Crayola's new blue crayon is inspired by the YInMn pigment discovered at Oregon State University in 2009. It will replace Dandelion, the bright yellow hue that the company is retiring. Patrick Shuck/Crayola hide caption 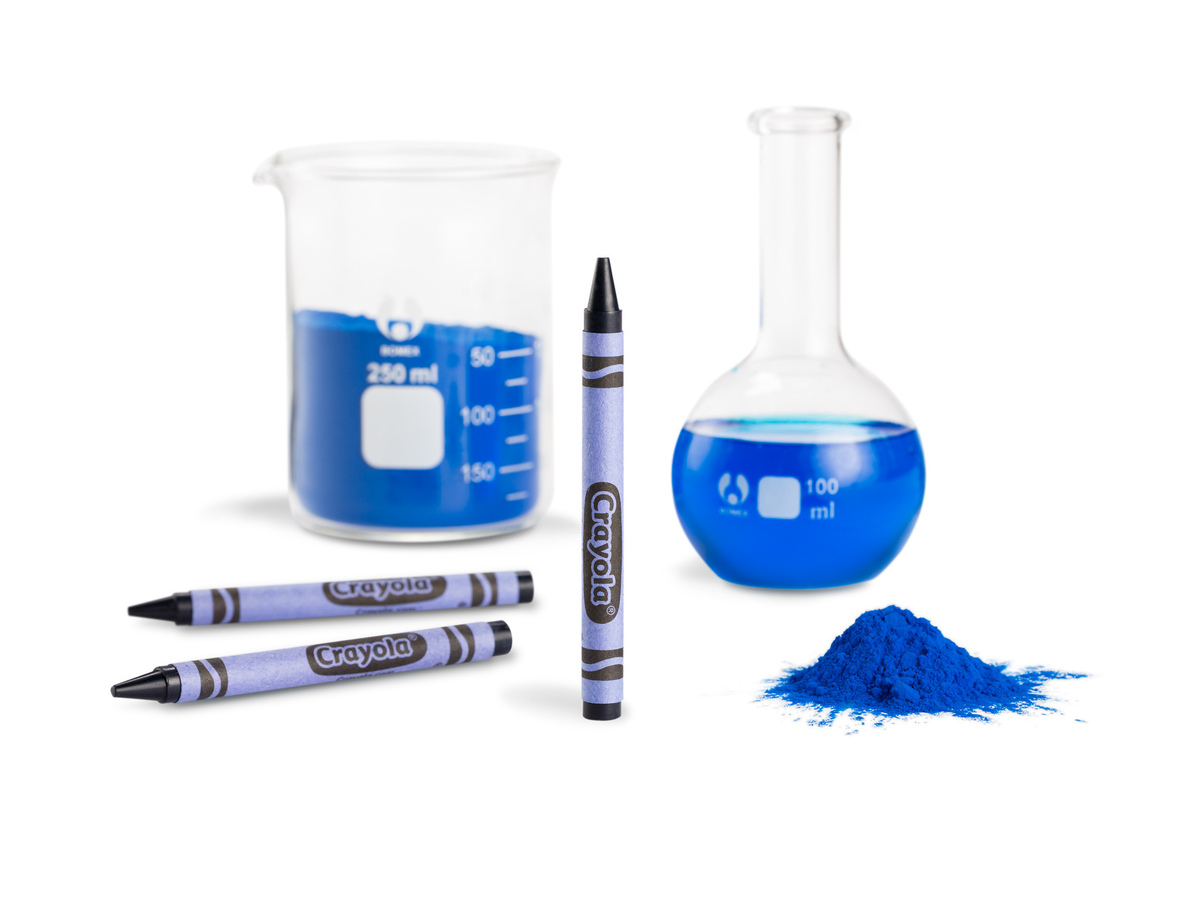 Crayola's new blue crayon is inspired by the YInMn pigment discovered at Oregon State University in 2009. It will replace Dandelion, the bright yellow hue that the company is retiring.

If you were feeling blue after Crayola's March announcement that the company would be retiring the bright yellow hue, Dandelion, you'll soon have a new blue crayon to color in your tears with.

The company announced in March that a member of the blue family would take Dandelion's spot, but the specifics were lacking, until now. On Friday, Crayola announced that the new blue is inspired by the YInMn blue pigment.

Not familiar with YInMn? Don't worry, it's pretty new to the color scene. The pigment was discovered by accident in 2009 at Oregon State University in a chemistry lab run by Mas Subramanian, a professor in materials science, and his graduate students. Accident or not, Crayola liked the new hue.

"When we knew that we would be retiring one of our colors from our broad color palette we also wanted to insure that the new color that we brought into our color spectrum was fresh, inspiring and most important innovative," says Karen Waters, Crayola's director of content, PR and social marketing. "With all of the attention drawn to the pigment that Mas and his team discovered, there was no better team to reach out to."

As NPR reported in 2016, the group of chemists had been mixing and heating different chemicals while they worked to find a new material to be used in electronics. One particular sample, after being heated to 2,000 degrees Fahrenheit, came out a bright blue color.

The name YInMn comes from yttrium, indium and manganese oxides, the different elements that compose the pigment.

It's important to note that Crayola's color is only inspired by YInMn because the pigment can't be added to paints and materials just yet.

"Because this is such an innovative and recently discovered pigment it is in the process of regulatory approval, so once the approvals are complete, we'll experiment all the different possibilities," Waters says.

Subramanian is also hoping the new blue crayon will show children how creative science experimentation can be and what it can lead to.

Do Not Pass Go: Interview With The Monopoly Thimble

This crayon — which doesn't have a name yet — will join four other blues in the 24-count box. Crayola decided to dump Dandelion and add a new hue of blue, after polls showed that's what people wanted.

"Fans in North America have told us through previous polls and surveys that blue is their favorite color," says Melanie Boulden, a senior vice president.

Now if you just love blue and are still tickled pink about this new hue you could have a chance to help name it. Crayola is taking submissions about what the new blue should be named until June 2. On July 1, the top five names will be announced and then voting will begin.

Fans won't know the new name until September and the lovely hue of blue won't be available until late 2017.

As for Dandelion, the bright yella fella continues his retirement tour. Immediately after the retirement announcement Crayola started selling 64-packs where all the crayons are Dandelion.

Still, this retirement leaves only one yellow crayon — literally the yellow one — in the group of 24. Crayola has said that it's always possible new colors will be added, but did not say they had any immediate plans to introduce another yellow. If they do, can we all agree that Green Yellow should be the next crayon to go?