Accessibility links
'Why Can't We Own A Roller Coaster?' And Other Queries, Answered By A Dad When two boys get to interview their dad they start with some basic questions about his life history, but quickly get to the tough ones: "Why can't I be in charge?" 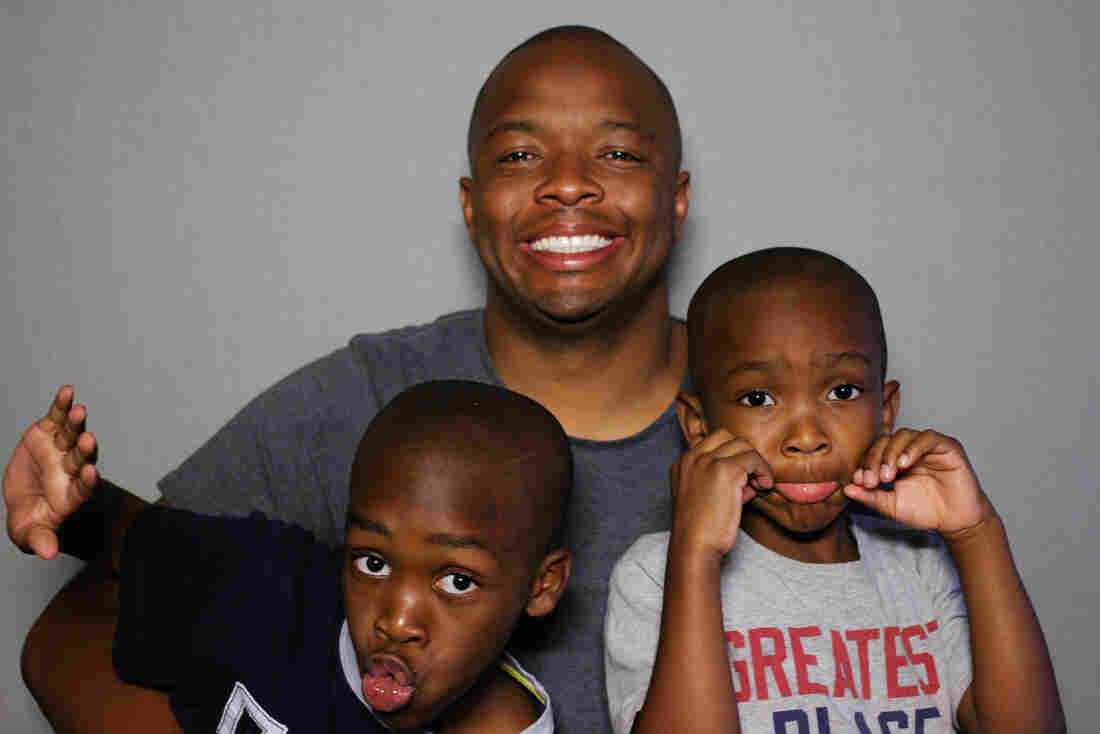 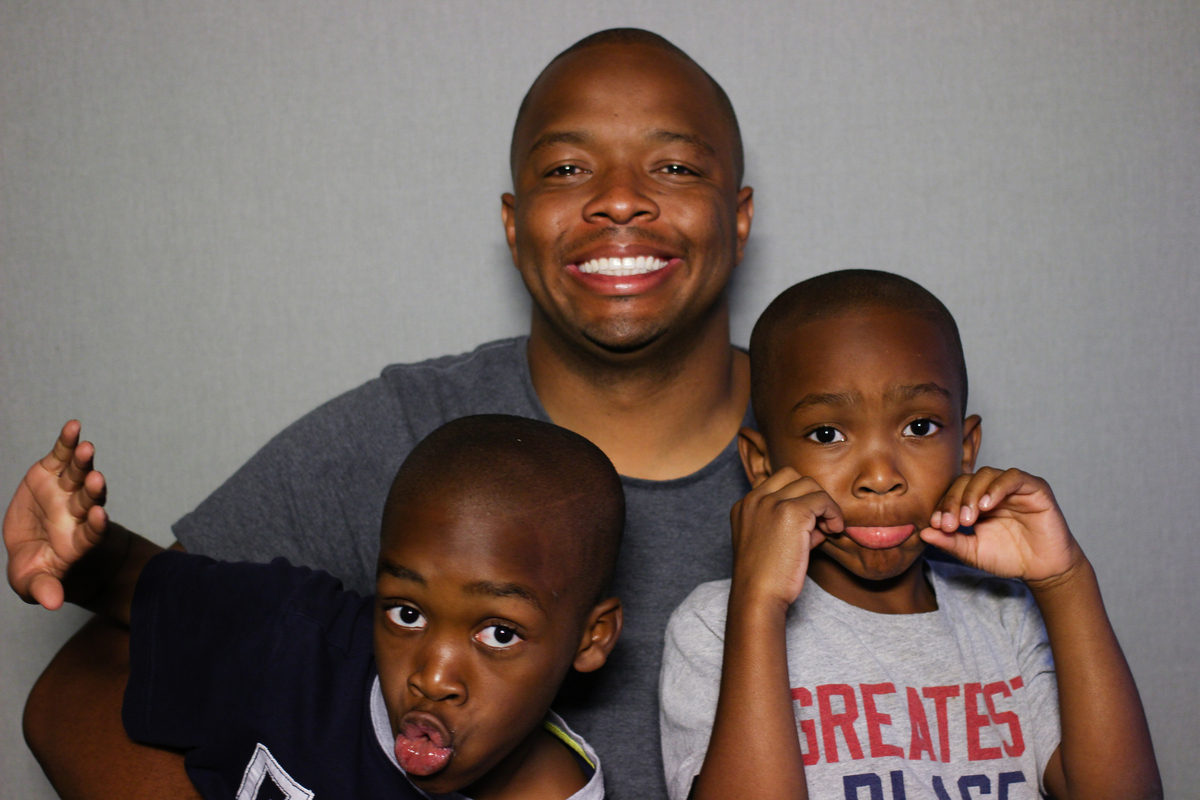 Kevin Fredericks, 34, let his sons Isaiah (left) and Josiah interview him at StoryCorps in Los Angeles.

Sometimes the toughest interview questions come from the most surprising places. Nine-year-old Isaiah Fredericks and his 7-year-old brother, Josiah, put their dad, Kevin, in the interview hot seat during a visit to StoryCorps.

They started out with the basics: when and where Kevin was born.

Isaiah didn't know this but admitted it was an interesting piece of information.

But then his brother, Josiah, asked their dad, "How do you describe yourself as a child? Were you happy?"

'A Little Piece Of Mommy On Earth': The Gifts Their Late Mom Left Behind

"I was a very happy, curious child," Kevin told them. "There was a lot of playing outside in the hot sun and drinking water from hoses."

"You drank water out of hoses?" he asked. "Man, I am learning so much new stuff about you."

Now that the ice was broken Josiah moved on to tougher questions: "What's the hardest thing about being a dad?"

"The hardest thing about being a dad is having a drink that you want to drink, and small people put their nasty mouth all over it," Kevin explained. "And then whatever they were eating is now in the drink, and then you don't want it anymore. Or buying them food and they don't want their food, but they want your food. You're just never satisfied."

At this point you might think the boys were pondering the heavy burden adults bear, but Josiah asked, "Why can't I be in charge?"

Kevin Fredericks deftly fielded the questions his sons lobbed at him during their StoryCorps session in October 2015.

His brother jumped in before Kevin could respond.

"Because then everything would be a nightmare," Isaiah said.

Kevin cited a different reason and added some requirements for being "in charge."

"[You can't be in charge] because you are missing four teeth and no one's going to listen to somebody who doesn't have teeth in their mouth," Kevin said.

After that the two boys pelted their dad with rapid-fire questions.

Josiah: Why can't I be an animal?

Kevin: You have to take that up with your creator.

Josiah: Why can't we own a roller coaster?

Kevin: We can own a roller coaster, we just don't.

Josiah: Why do things rhyme?

Isaiah: How's he supposed to know that?

Josiah: Why can't we have a van?

Kevin: Why can't we have a van? Why are you asking these questions? Why do you want a van?

Kevin: What do you mean?

Kevin: Because you've got to be yourself, man. Follow your own path and enjoy being a kid. Being an adult is not as fun as it looks. Enjoy having nothing in your pockets, and no keys, and somebody else being responsible for buying all your food. Because one day you're going to look up and say, 'Man, I had it so easy.' Who cut the peanut butter sandwiches in your life? I did! I cut hundreds and hundreds of peanut butter and jelly sandwiches.

But, Josiah had one more important question: "Are you proud of me?"

"I am very proud of you," Kevin said. "You're both fantastic children and I am happy and proud to be your dad."