Accessibility links
Former Trump Campaign Manager Corey Lewandowski Quits Lobbying Firm He Co-Founded After criticism that the controversial Corey Lewandowski promised access to the president and hadn't registered as a lobbyist, he's stepping aside and says he will focus on speaking engagements. 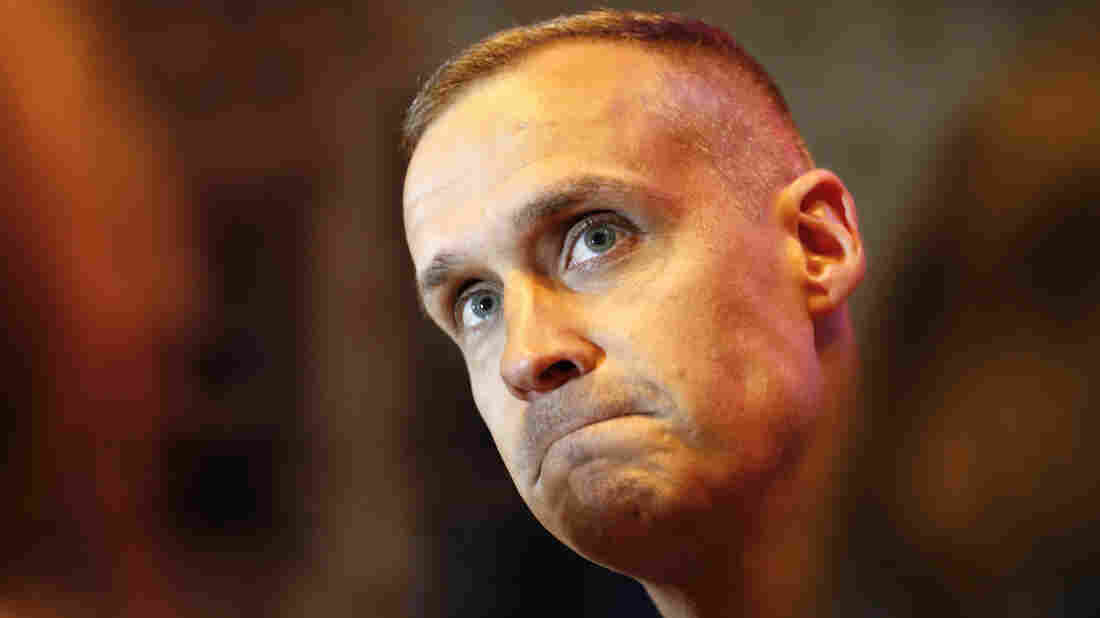 Corey Lewandowski, a former Trump campaign manager, stepped down from a lobbying firm he'd founded after it was revealed he hadn't registered as as lobbyist. VIEW press/Corbis via Getty Images hide caption 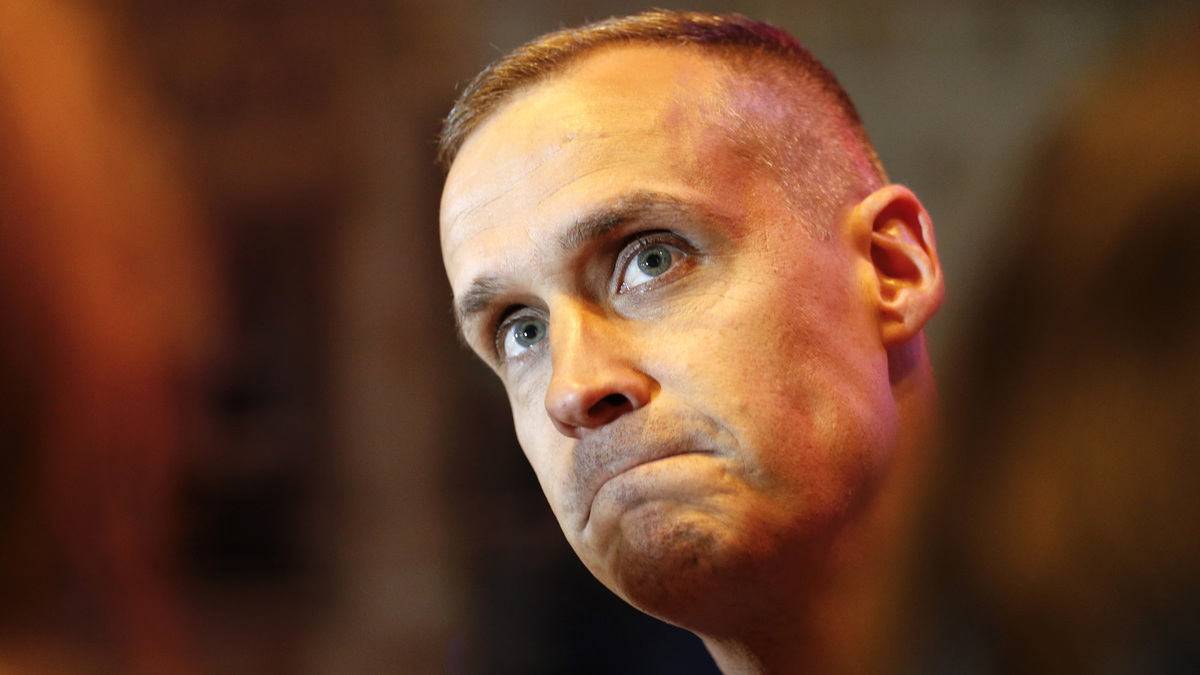 Corey Lewandowski, a former Trump campaign manager, stepped down from a lobbying firm he'd founded after it was revealed he hadn't registered as as lobbyist.

But he did not register as a lobbyist.

That caused critics to demand investigations into his lack of registration, and now, Lewandowski is quitting.

Barry Bennett, who co-founded the firm, said in an email to NPR that Lewandowski has left "to focus on his speeches and some politics ... Avenue of course continues with the other partners."

Lewandowski's quick change in career plans comes in the wake of reports about his efforts to promote his ties to Trump while working with Avenue Strategies, which set up shop on Pennsylvania Avenue, less than a block from the White House. For his part, Lewandowski has said that he focused on strategy not lobbying.

In recent days, Politico has turned up documents that it said showed Lewandowski had been "pitching clients around the world by offering not only policy and political advice, but also face time with President Trump, Vice President Mike Pence and senior members of their administration."

That prompted Public Citizen, a progressive public-interest group in Washington, on Wednesday to call on the Department of Justice, the Secretary of the Senate and the Clerk of the House of Representatives to investigate whether Lewandowski is in violation of the Foreign Agents Registration Act of 1938 or the Lobbying and Disclosure Act of 1995.

Craig Holman of Public Citizen said an inquiry was needed, because "Lewandowski has been making frequent visits to the White House" while his firm advertises his "access to the administration in order to solicit clients."

The White House has declined to make public its visitor logs.

Asked for a response to Public Citizen's calls for investigations, Bennett told NPR Wednesday that Lewandowski "isn't registered, because he doesn't lobby. He chooses not to lobby."

On Thursday, Bloomberg reported that Lewandowski said he has left Avenue Strategies in the wake of the questions about his work. "The most important thing is my reputation," he said.

Bloomberg said Lewandowski was "willing to dissolve the partnership to distance himself from negative publicity and what he called conjecture that he's not following the rules."

Holman said Friday that he was surprised by Lewandowski's response. "This is not the outcome I expected when filing the letter of inquiry," he said. "I would have preferred that Lewandowski register and disclose his lobbying activities."

Holman also speculated on what he believes is Lewandowski's real reason for quitting. "It appears Lewandowski feared he would lose access to the White House if he complied with the lobby laws, especially if he registered as a foreign agent," Holman said, "and so chose to give up his businesses instead."

The controversy around Avenue Strategies not only involved questions about Lewandowski's work, but also about its clients. Bennett confirmed a Politico report that Avenue Strategies has agreed to lobby for CITGO. That's the oil company owned by Venezuela, whose left-wing government is extremely antagonistic towards the United States. CITGO also has ties with the Russian government-owned oil company Rosneft.

"Yes, we represent CITGO's operations, which [are] all U.S. based," he said by email. "They are a critical part of our energy chain."