Accessibility links
In Alaska, A Salmon Fisherman Spends His Life On The Water NPR's "Our Land" series travels to Sitka, Alaska, to meet a salmon fisherman who's spent his life on the water. Eric Jordan describes the feeling of getting these gorgeous creatures to bite.

NPR's "Our Land" series travels to Sitka, Alaska, to meet a salmon fisherman who's spent his life on the water. Eric Jordan describes the feeling of getting these gorgeous creatures to bite. 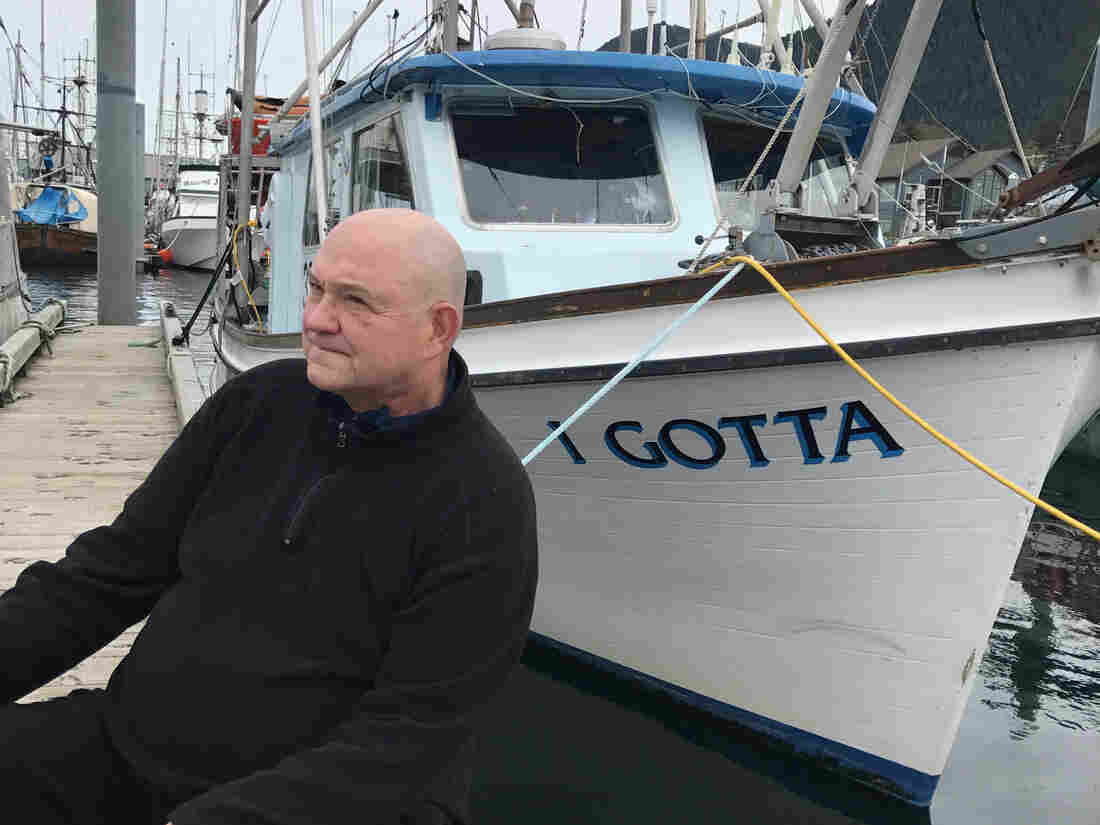 Salmon troller Eric Jordan alongside his fishing boat, the I Gotta, on the dock in Sitka, Alaska. Jordan, 67, has been a commercial fisherman all his life. Melissa Block/NPR hide caption 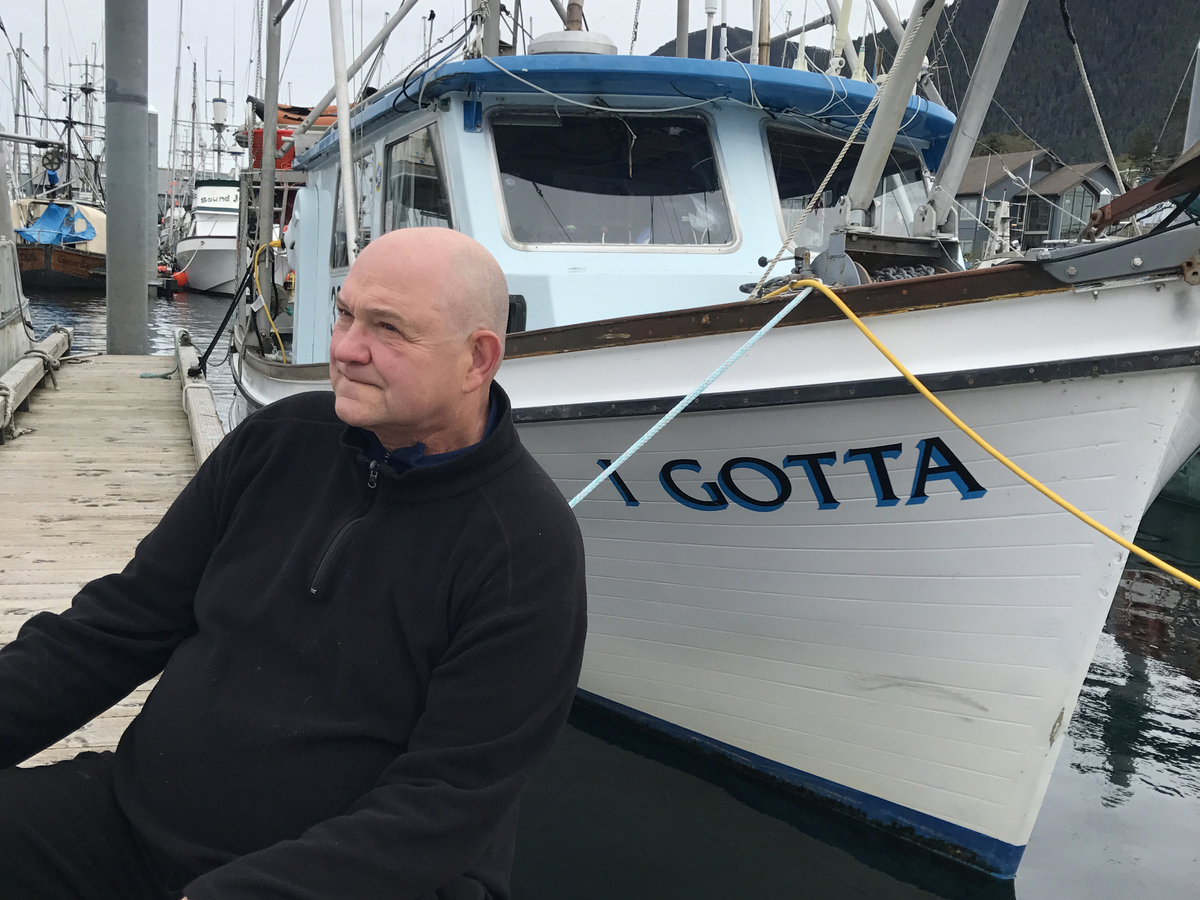 Salmon troller Eric Jordan alongside his fishing boat, the I Gotta, on the dock in Sitka, Alaska. Jordan, 67, has been a commercial fisherman all his life.

For the last two weeks, our colleague Melissa Block has been on the road - actually, mostly on the water in southeast Alaska. She brings us this story of passion for one's work as part of her series Our Land.

MELISSA BLOCK, BYLINE: How long has Eric Jordan been fishing? Well, I guess it depends on when you start counting.

ERIC JORDAN: My mother got off the boat when she was 9 months pregnant with me. I was born two weeks later, and they took me back out fishing four months later.

BLOCK: As a kid, he started earning money cleaning fish for a nickel a piece.

JORDAN: Eight years old is when they let me handle the knives, and I've been doing it ever since. I'm 67 now.

BLOCK: We're talking on the dock in Sitka alongside Eric Jordan's fishing boat. Its name?

JORDAN: The I Gotta.

BLOCK: As in I got to go fishing. Eric Jordan earns his living off the sea. And this spring, there's a really good sign. Sitka Sound has been teeming with an abundance of krill, the tiny crustaceans that other marine animals feed on.

JORDAN: It's just full of krill and thousands of birds feeding on the krill and literally dozens and dozens of whales. So it's just alive out there. My business going and pursuing salmon gets me out there.

BLOCK: Eric Jordan is a salmon troller. He sends out long fishing lines baited with lures off four poles and waits for that moment. Let's let him tell it.

JORDAN: There's a feeling of getting a salmon to bite. And you can see the pole rocking. And if it's a big one, the whole boat is just rocking and rolling as that fish is fighting to get away on the leader. And boy, that's exciting. And then you go out and you pull him up gently. And you're getting him, and you're looking at this beautiful creature.

And it's always exciting to see exactly what it is on the end of the leader, how big it is, what species it is. And then you got the gaff hook and you get him close enough - or her close enough - and you conk them on the head. And you kill them. And I have mixed feelings about that because they're such a wonderful creature. And I've worked so hard to conserve and enhance these runs, but I'm a predator. This is a big part of my life.

BLOCK: Eric Jordan will be back out on the water on the I Gotta early next week. Melissa Block, NPR News, Sitka, Alaska.

(SOUNDBITE OF LOS CAMPESINOS! SONG "YOU! ME! DANCING!")