Accessibility links
'This Was A Colossal Screw-Up': A Close Look At A Case Dismissed For Misconduct Only a tiny fraction of federal prosecutions are thrown out because a judge finds evidence of government misconduct. Pharmacist Reddy Annappareddy's is one of them. 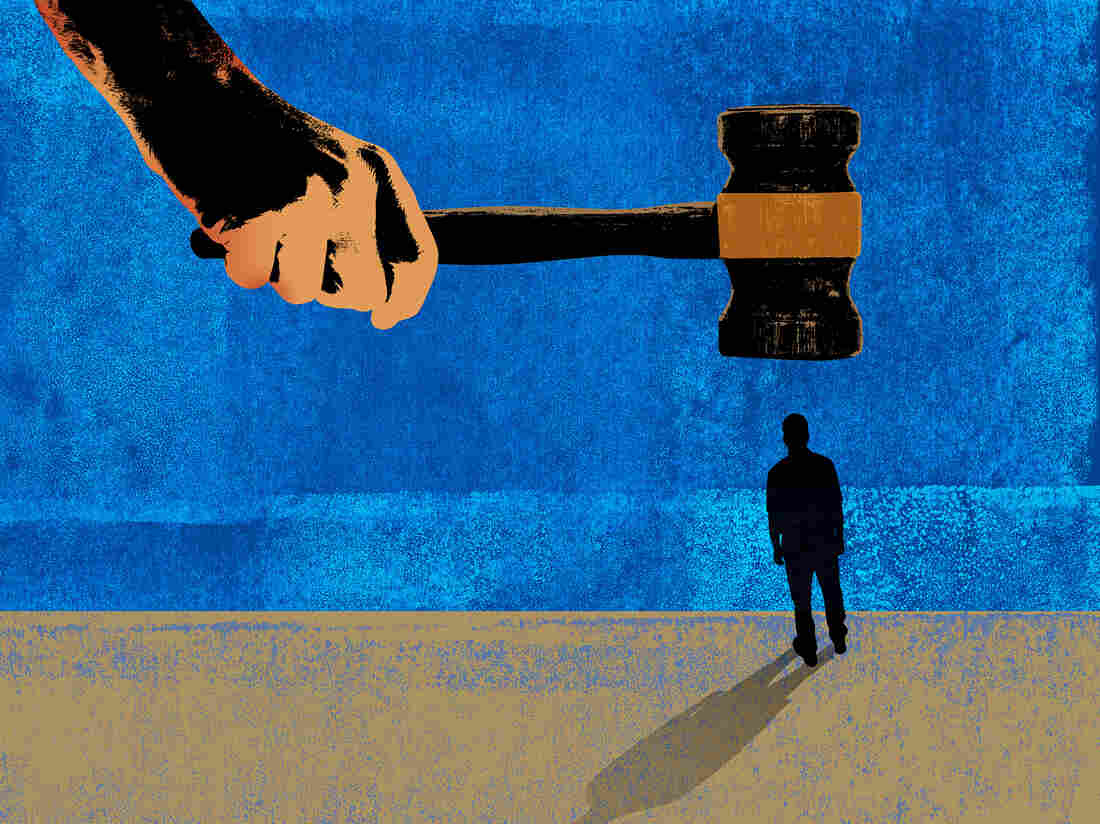 Getting a case dismissed because of government misconduct is rare, representing only a tiny fraction of the tens of thousands of prosecutions the Justice Department pursues every year. By that measure, Reddy Annappareddy beat the odds. Roy Scott/Getty Images/Ikon Images hide caption 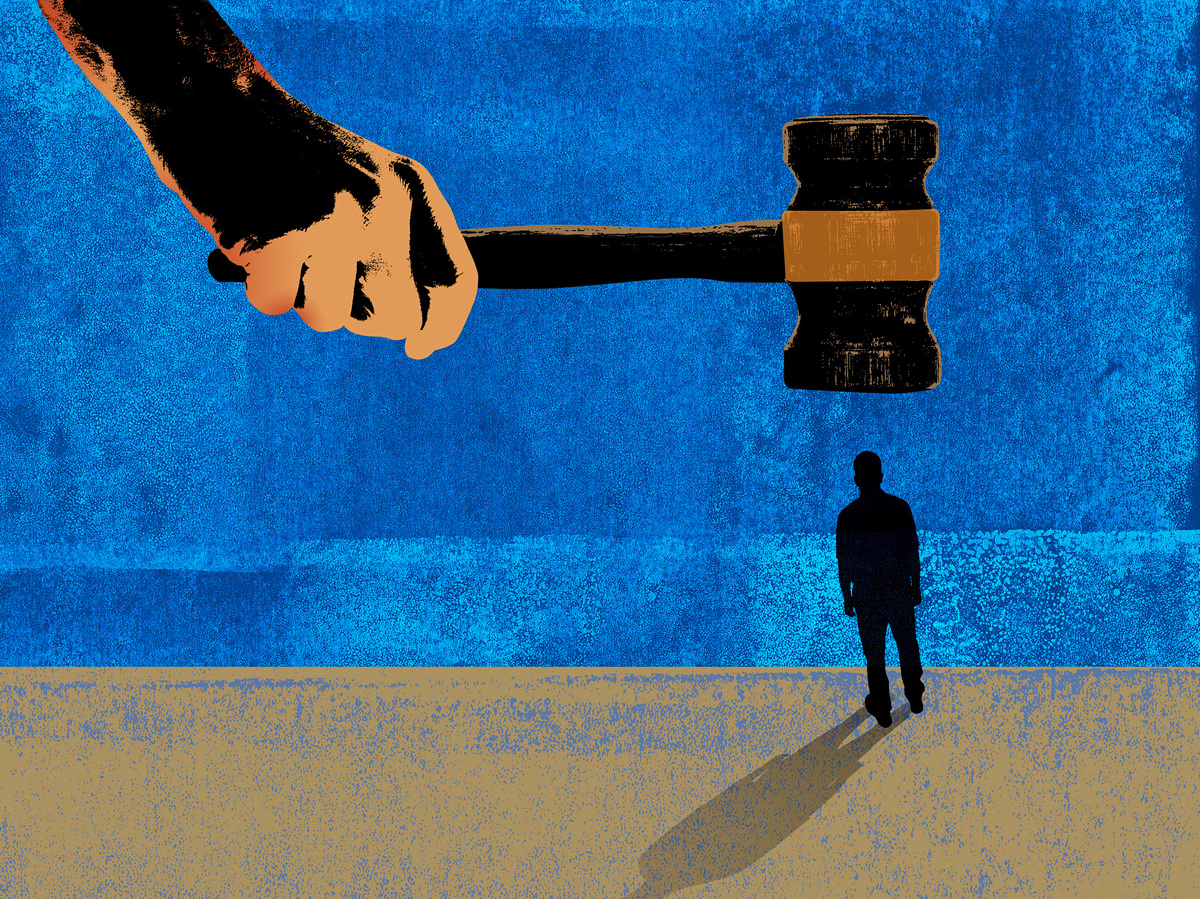 Getting a case dismissed because of government misconduct is rare, representing only a tiny fraction of the tens of thousands of prosecutions the Justice Department pursues every year. By that measure, Reddy Annappareddy beat the odds.

Standing at the kitchen counter in his spotless town house near the Baltimore airport, Reddy Annappareddy heated up some water to make his lawyer a coffee and contemplated his hard fall from grace.

Annappareddy once presided over a pharmacy delivery business that stretched across six states — until one day in July 2013, when the FBI raided his operation and prompted him to attempt suicide. Alone in a hotel room in Las Vegas, as his employees frantically called him to report the bad news, Annappareddy downed some scotch and Benadryl pills, went to the bathtub and slashed both his wrists.

Hours later, he awoke, alive but weak, and headed for the hospital. Thus began a dark legal odyssey that would last more than three years. "It's a constant," Annappareddy said. "It's like a knife on my throat. You don't know what's tomorrow going to bring."

Annappareddy lost his ability to sleep through the night. He lost his house on 3-and-a-half acres. He lost his Bentley and a garage full of other luxury vehicles. But he refused to give up faith in his own innocence. Instead, he hired a new team of lawyers who uncovered a series of problems with witnesses and evidence.

Getting a case dismissed because of government misconduct is rare, representing only a tiny fraction of the tens of thousands of prosecutions the Justice Department pursues every year. By that measure, Annappareddy beat the odds.

His encounter with the justice system represented a startling turnaround for a man featured in a public radio podcast for his unlikely career arc, from working nights at a Rite Aid to being named entrepreneur of the year for the state of Maryland. Annappareddy said he came to the attention of prosecutors, the FBI and Maryland Medicaid fraud investigators after a disgruntled employee tried to blow the whistle on him. But he does know that the feds took the case seriously — eventually charging four people who worked for him, and hoping to win their cooperation against him at trial.

That trial didn't go well for Annappareddy. The lead prosecutor, Assistant U.S. Attorney Sandra Wilkinson, told the jury he presided over a sham, billing government health insurance programs for expensive prescription pills to treat HIV and cancer that customers never received. The prosecutor said he fleeced the government out of several million dollars. And in December 2014, he was convicted.

The judge told him to go home, on house arrest, and prepare to spend the next 12 years in federal prison. Annappareddy took a different approach. "The government is saying fraud, and I'm not fraud," he said. "I'm going to fight it. I told my wife, 'I'm going to fight this again.' "

He found new lawyers. And what they uncovered would upend his life, all over again.

Josh Greenberg joined the defense only after Annappareddy's conviction. Greenberg spent hours sifting through evidence. Before long, he had found a pattern of problems with the Justice Department's theory. And he demanded a new trial.

"Let me tell you, this was a colossal screw up," said Sol Wisenberg, a former prosecutor who closely follows allegations of government misconduct. He wasn't involved in the case, but said it's one for the books. "The thing about this case is you had an accumulation of outrageous conduct."

The first thing to add up, Wisenberg said, was false evidence, presented at trial, which the government later acknowledged was incorrect. The evidence related to how much money government health insurance programs lost to Annappareddy's pharmacies. At trial, federal prosecutors claimed millions of dollars in losses. But after Annappareddy's lawyers started digging, they found the opposite: rather than losses, they said, there was a surplus. Government experts had double counted and made other basic mistakes.

In court filings, prosecutors said it was a simple human error in a complex case. And, they argued, there was still plenty of evidence to prove Annappareddy's guilt.

"The false evidence went to the core of the case," Greenberg said. "And I believe the prosecutors and agents were at least reckless, if not knowing, in presenting that false evidence." 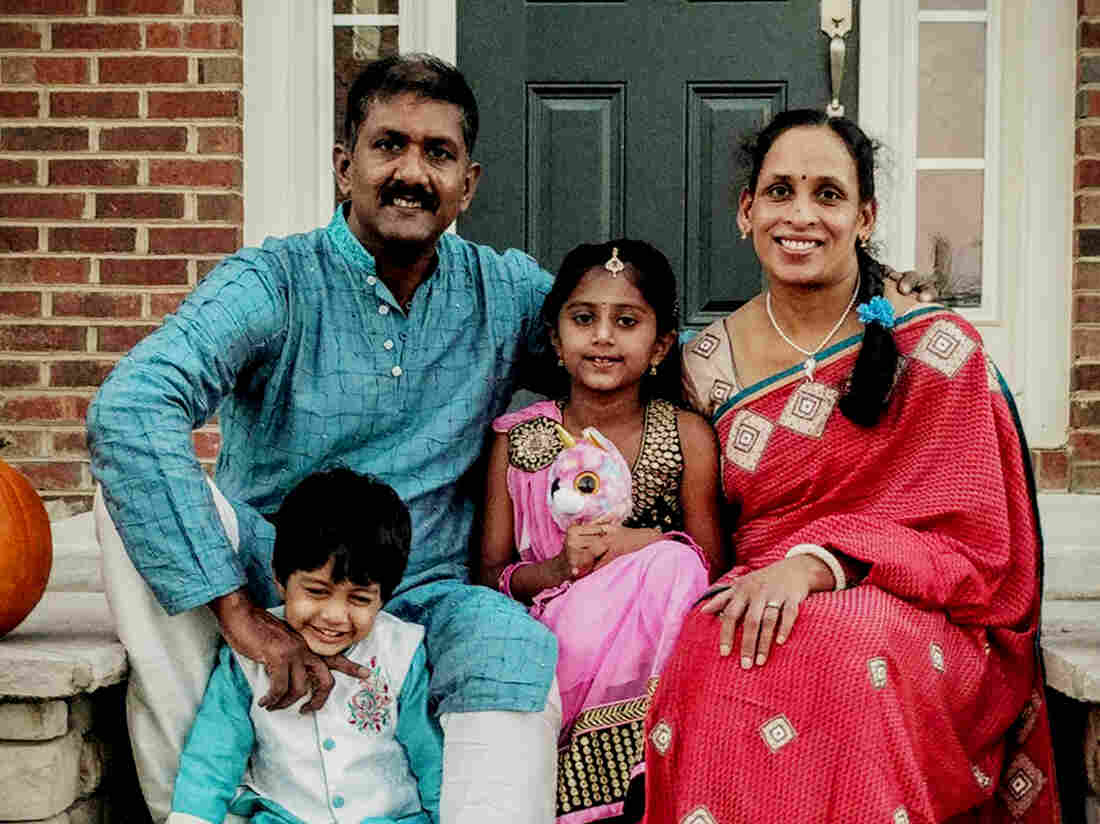 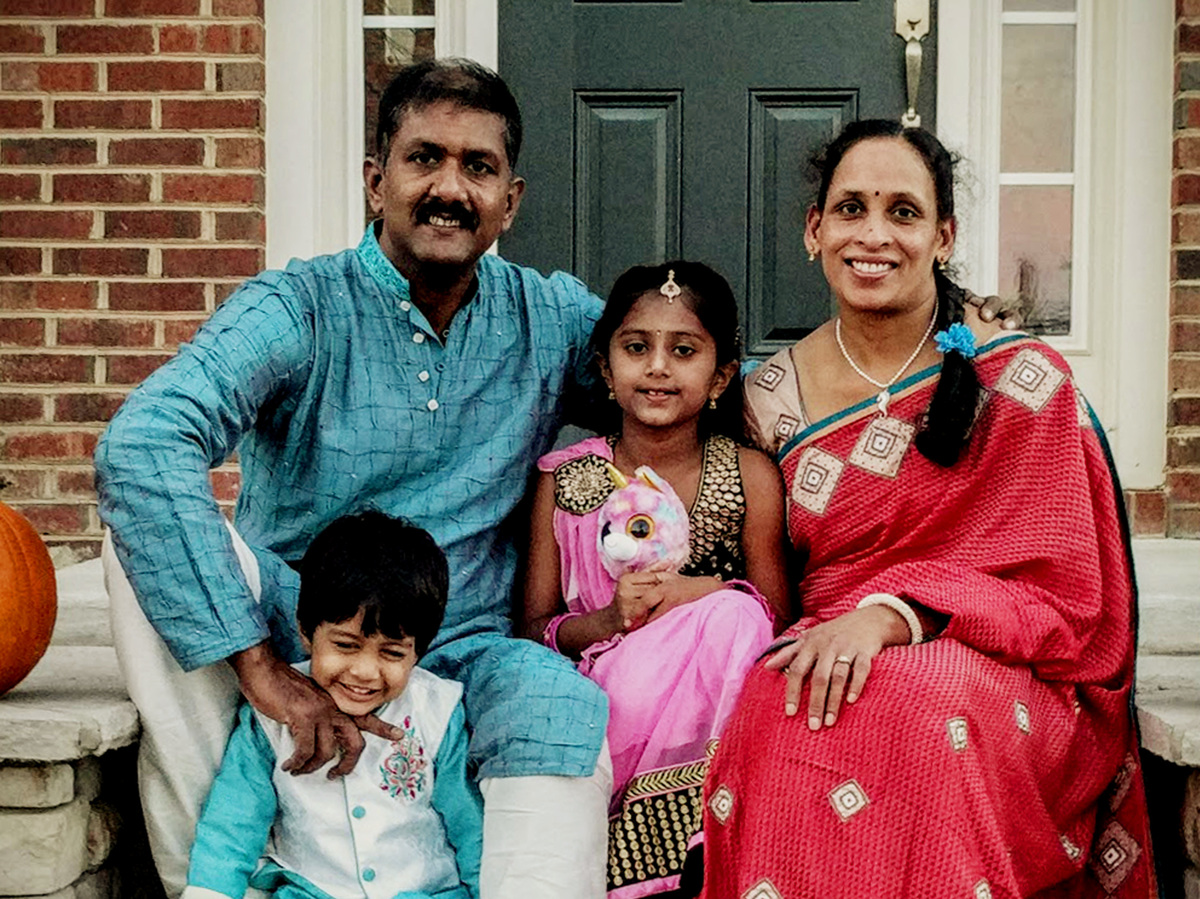 The defense team kept digging and found more. During the trial, the government highlighted an email Annappareddy got from a pharmacy technician. The message mentioned expensive medications, the kind prosecutors said the pharmacy chain was billing but never delivering.

The lead FBI agent, Maura Lating, testified during the trial that she had checked phone records and found that Annappareddy never responded to the email message. Prosecutors emphasized the point, winning a special jury instruction signaling it was an admission of his intent to defraud the government.

Turns out, the new defense team figured out investigators failed to obtain correct phone records. Authorities had subpoenaed records from the wrong telecommunications provider. And the defense went on to prove that far from whitewashing the problem, Annappareddy called the pharmacy tech right away, five times.

There were now two strikes against the prosecution. The third would be the most important, from the point of view of the judge.

Defense lawyer Greenberg recalled the day the whole case changed. "Friday, August 19, 2016, in the evening," he said. "I was eating dinner with my family. It happens to be my birthday and this email comes across from the lead prosecutor with a whole bunch of attachments. I was like, 'What is this?' "

Greenberg sneaked a peek at his phone underneath the dining room table. After months of badgering, the government had been forced to disclose a half page memo about destroying documents. In the memo, an FBI agent was describing an order from the lead prosecutor, Sandra Wilkinson, to get rid of four boxes, out of hundreds the authorities had gathered.

"Those documents went to the heart of the case," Greenberg said later. "They were delivery signature logs that showed that patients had received prescriptions. And one of the main issues in the case was, 'Were those prescriptions actually delivered?' And the documents Ms. Wilkinson ordered destroyed would have shown the prescriptions were, in fact, delivered."

The document destruction tipped the balance in the case. Only days later, inside a Baltimore courtroom, Judge George Russell found the government team had violated Annappareddy's right to due process. He said the conduct by federal prosecutors and agents "does shock the conscience of this court." And he dismissed the prosecution with prejudice, meaning the Justice Department could not bring the case again.

Sol Wisenberg, who closely followed the case, said the judge had had enough.

"Almost every motion this new defense team made after the conviction to come in and get new evidence, the government opposed," Wisenberg said. "Every piece of exculpatory evidence that came out, the government had opposed coming out. And I think the judge was very troubled by that."

Sitting in the courtroom that day, wearing his blue cotton shirt with the Pharmacare logo, Annappareddy said his life changed again.

"I got hurt, you know, I got destroyed," he said. "But I still consider myself lucky. Imagine if I didn't fight after the conviction."

Months later, in his town house, where a former employee and his wife live in a downstairs apartment to help cover the rent, Annappareddy considered what's next for him.

"What else can I do?" he said. "My license is gone now, I'm in the process of reinstating my license. Can I do a pharmacy business again? Probably not, because this nightmare will be in the back of my mind."

The case is still reverberating. Weeks ago, the court threw out the convictions of some of Annappareddy's co-defendants, possibly saving them all from deportation. Defense lawyer Greenberg said he isn't done fighting.

"This is a situation that really cries out for an independent investigation," he said. "A private citizen would be prosecuted if she intentionally destroyed evidence that is material to a pending case. I find it shocking that the U.S. Attorney's Office has allowed Sandra Wilkinson to remain the head of the major crimes section after Judge Russell made these findings."

A spokeswoman for the U.S. attorney at the time, Rod Rosenstein, declined comment. Rosenstein recently became the deputy attorney general, the second in command at the Justice Department.

In court last year, prosecutor Sandra Wilkinson told the judge she did not destroy the boxes of evidence in bad faith. Wilkinson said she thought she had consent to get rid of them. And, in any event, she said, the documents had not been produced or mentioned in the course of Annappareddy's trial. Wilkinson said the problem with the phone records was a mistake. And she said Annappareddy's defense team had been "ruthless" in exploiting every mistake by the prosecution.

The Justice Department wouldn't characterize its investigation into the matter. But a spokesman there said any judicial finding of misconduct must be reported to authorities in Washington headquarters. After that, the department's Office of Professional Responsibility typically launches an investigation, in secret.

Between 2014 and 2016, the spokesman said OPR closed 71 cases. Fifty of them resulted in findings of intentional misconduct or bad judgment.