Accessibility links
President Trump's Travel Ban Returned To Court Monday, With His Own Words At The Center A federal appeals court in Richmond, Va., heard arguments about the legality of President Trump's revised travel ban. Immigrant advocates argue it discriminates against Muslims. 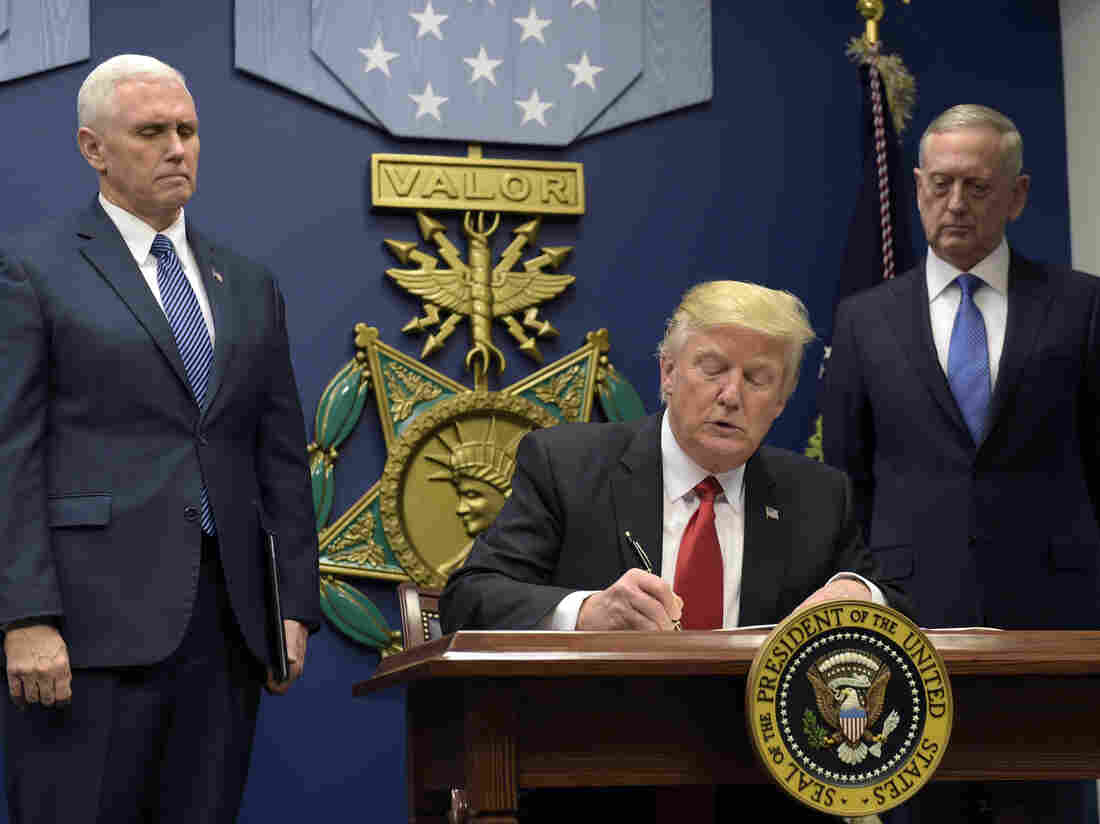 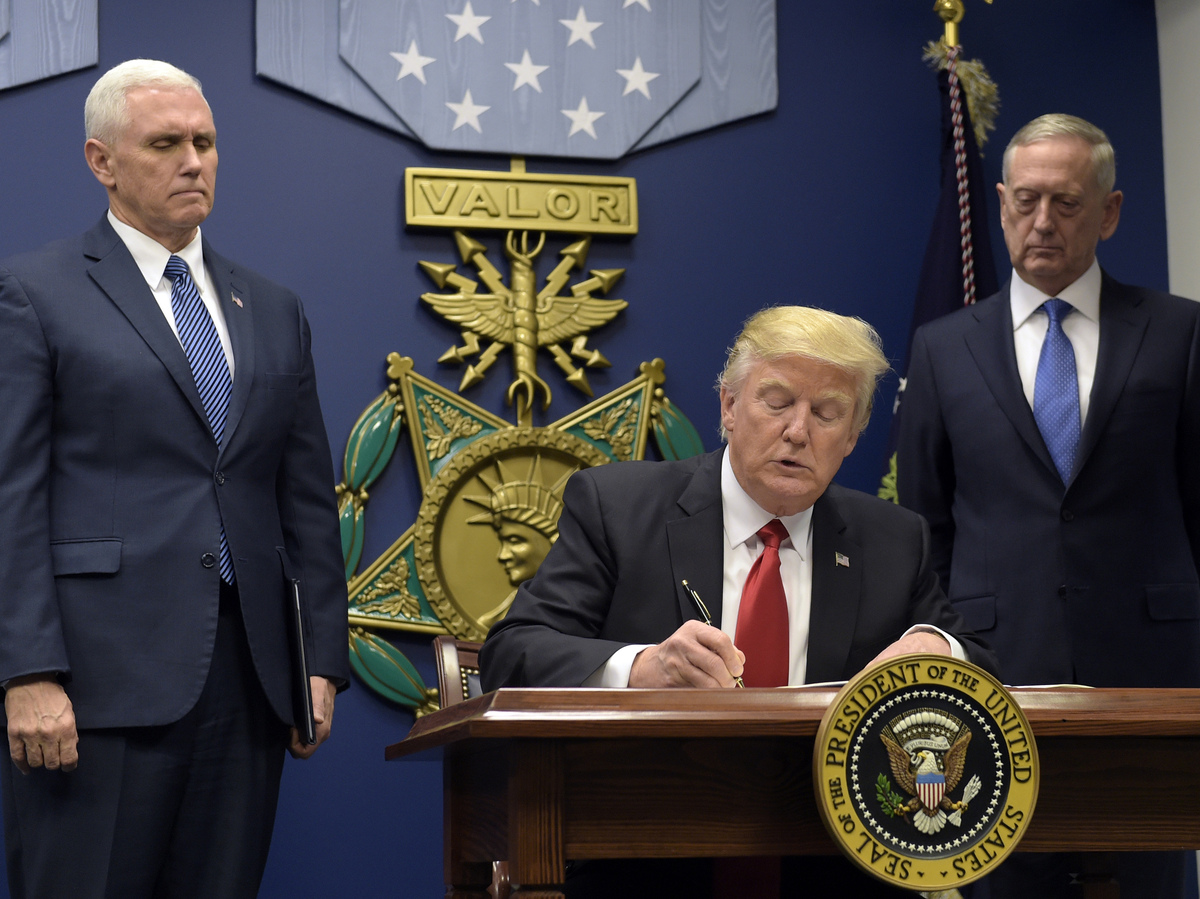 A 13-judge panel of the U.S. Court of Appeals for the 4th Circuit heard arguments on Monday over President Trump's revised travel ban, with judges repeatedly questioning the government's lawyer in the case about Trump's campaign call "for a complete and total shutdown" of Muslims entering the country.

The president's first executive order restricting visitors from a handful of majority-Muslim countries provoked chaos at airports across the country in January. Federal judges stepped in to block the order, partly because it included legal permanent residents, who have rights under the U.S. Constitution.

Weeks later, the White House issued a new order, dropping Iraq from the list of countries whose travelers faced restrictions and making clear green-card holders would not be covered.

Judges on the court based in Richmond, Va., on Monday returned over and over to remarks made by Trump during the campaign. Judge Henry Floyd questioned Acting Solicitor General Jeffrey Wall about whether the court shouldn't take those remarks into account when considering the constitutionality of the President's executive order. He asked, "Is there anything other than willful blindness that would prevent us" from considering those statements?

But refugee groups and individuals separated from family members overseas said they are taking the president at his own word: trying to use public statements by Trump and his aides during the campaign and after to prove the order is motivated by religious animus.

Judges also noted the presence on the Trump campaign website of the "Muslim ban" promise, which was only taken down Monday afternoon after it was brought up in the daily White House briefing.

Omar C. Jadwat, a lawyer at the American Civil Liberties Union, argued the plantiff's case. He said the new executive order violates the Constitution's Establishment Clause, which requires the government to adopt a neutral approach to religion, and a 1965 federal immigration law that bars discrimination on the basis of national origin.

The Justice Department countered that the president enjoys sweeping authority at the border — an outgrowth of his responsibility to protect and defend national security. A court filing by the Trump administration described the revised order as a "temporary suspension of entry," or a chance to pause and come up with better vetting procedures.

But 42 former national security officials filed their own court brief to disagree. They said there's no legitimate basis for restricting visitors from the six countries: Iran, Libya, Somalia, Sudan, Syria and Yemen. Actually, their filing said, not a single American has died in a terrorist attack on U.S. soil at the hands of someone from those six nations in the past 40 years.

On the other hand, several states including Alabama, Arizona, Florida, South Carolina and Texas have weighed in on behalf of the Trump administration.

No court ruling was expected Monday from the U.S. Court of Appeals for the 4th Circuit. But that case does not signal the end of the road. In fact, in one week, on May 15, a different federal appeals court, the 9th Circuit, will hear arguments in a similar case brought by the state of Hawaii.

The U.S. Supreme Court could be the ultimate decider.