Accessibility links
Trump Nominates Ten To Federal Courts Trump is already putting his mark on the federal bench. Thanks to a large number of vacancies, he has a chance to make a big impression, quickly. 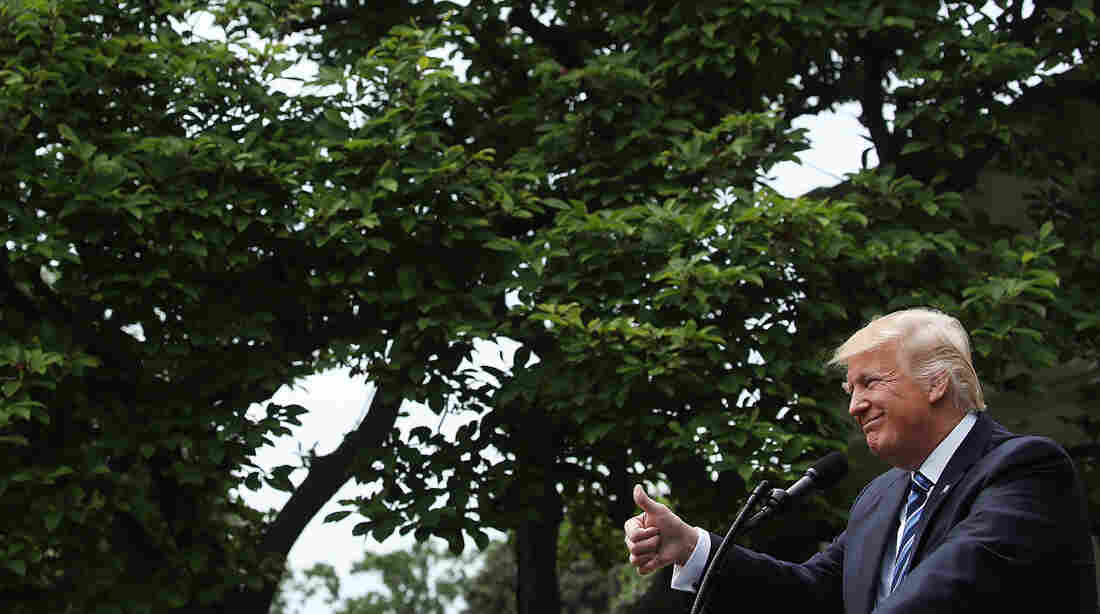 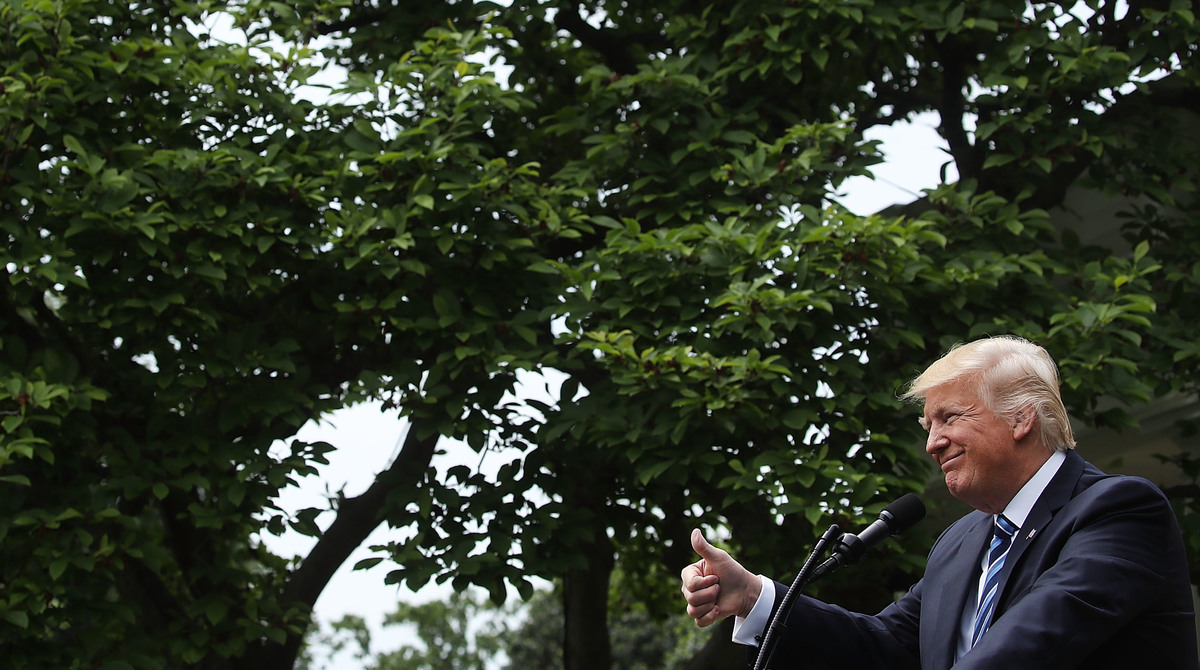 President Trump has a large number of judicial vacancies to fill, since Senate Republicans held up President Barack Obama's nominees.

President Trump is moving quickly to put his personal stamp on the federal courts.

On Monday the president nominated 10 people for federal judgeships. Thanks to an unusually large number of vacancies on the bench, there could be many more to come.

"This is just a down payment," said John Malcolm of the Heritage Foundation. He noted there are more than 100 open seats on the federal district courts and appeals courts.

"Starting with a Supreme Court vacancy, which has now been filed, President Trump certainly has a very good opportunity early on to have an impact on the federal bench," Malcolm said.

Indeed, Trump came into office with a chance to fill more than twice as many court vacancies as President Barack Obama had. That's partly because for the last two years, the Republican-controlled Senate dragged its feet in confirming judges. The Senate confirmed only 20 of Obama's judicial nominees during 2015 and 2016, less than a third the number that were confirmed in the last two years of the Reagan, Clinton and George W. Bush administrations.

Trump nominates 10 federal judges. He has lots of room to make his mark thanks to GOP foot-dragging under Obama https://t.co/wJ6MuTQtDo pic.twitter.com/yaAiP8L5EZ

"Just as they held the Merrick Garland seat open on the Supreme Court, they also held open an awful lot of vacancies on the district courts and the courts of appeals," said Russell Wheeler, who tracks judicial nominations at the Brookings Institution.

At last month's swearing-in ceremony for Supreme Court Justice Neil Gorsuch, Trump acknowledged that Senate stonewalling had given him a rare opportunity.

"I especially want to express our gratitude to [Senate Republican Leader] Mitch McConnell for all that he did to make this achievement possible," Trump said. "So thank you, Mitch."

The Heritage Foundation's Malcolm cautions it wasn't a risk-free strategy. Had Hillary Clinton won the election, she might now be packing the courts with a slate of more liberal judges.

Trump's Criticism Of Judges Out Of Line With Past Presidents

"So it took some guts and some daring on behalf of Sen. McConnell, and it paid off," Malcolm said.

Trump campaigned on the promise that he would appoint conservative judges to the bench — a key selling point for many Republican voters. He even released a list of potential candidates for the Supreme Court, which Malcolm and the Heritage Foundation had a hand in crafting.

Two of the nominees announced Monday — Joan Larsen of the Michigan Supreme Court and David Stras of the Minnesota Supreme Court — are drawn from that list. Larsen was nominated to a seat on the federal appeals court in Cincinnati while Stras was tapped for the appellate court in St. Louis.

All of the nominees appear to be cut from similar judicial cloth.

"They are all highly regarded in conservative legal circles and by practitioners in the states where they reside," Malcolm said.

All presidents leave a mark on the courts, especially if they serve for two terms. But with so many early vacancies, Trump has a chance to accelerate his impact, quickly chipping away at the narrow Democratic advantage that Obama left on the federal bench.

Wheeler says 51 percent of the current judges were appointed by Democrats, up from 36 percent on the appellate courts and 40 percent on the district courts when Obama took office.

Partisan pedigree is not always predictive of how judges will rule. The Seattle judge who blocked Trump's original travel ban, for example, is a George W. Bush appointee. But Trump has made no secret of the kind of judicial philosophy he's looking for.

"We can assume the Trump administration is going to continue to nominate judges, especially for courts of appeals, who have fairly strong conservative credentials," Wheeler said. "A big variable is whether or not Democratic senators can put a brake on it."

Senate Democrats gave up the right to filibuster nominees for the lower courts. But there is still a tradition that nominees should not be confirmed over the objection of their home-state senator. Democratic senators from Michigan and Minnesota have promised to give close scrutiny to the nominations of Larsen and Stras, assuming that genteel tradition survives in today's more rough-and-tumble Senate.