Accessibility links
Don't Be Fooled: 'Generation Wealth' Is More About Wanting Than Having Lauren Greenfield's 500-page photo collection shows toddlers in designer clothes and magnums of champagne. But it's also about how ostentatious displays of wealth have replaced real social mobility. 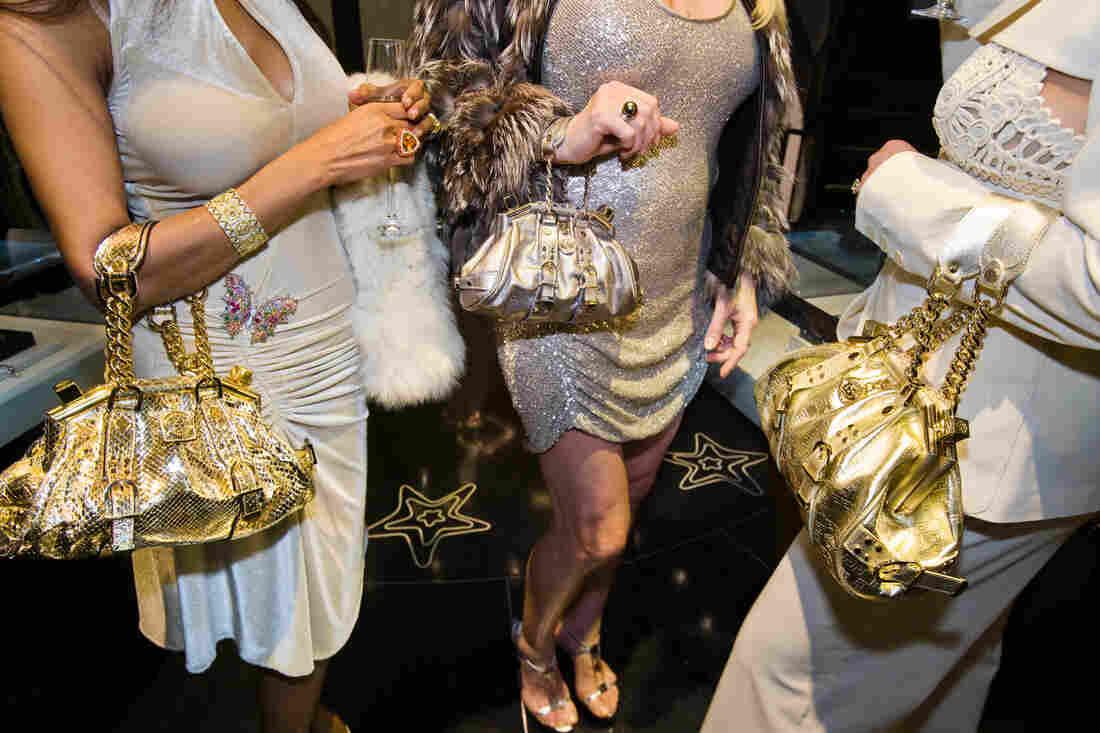 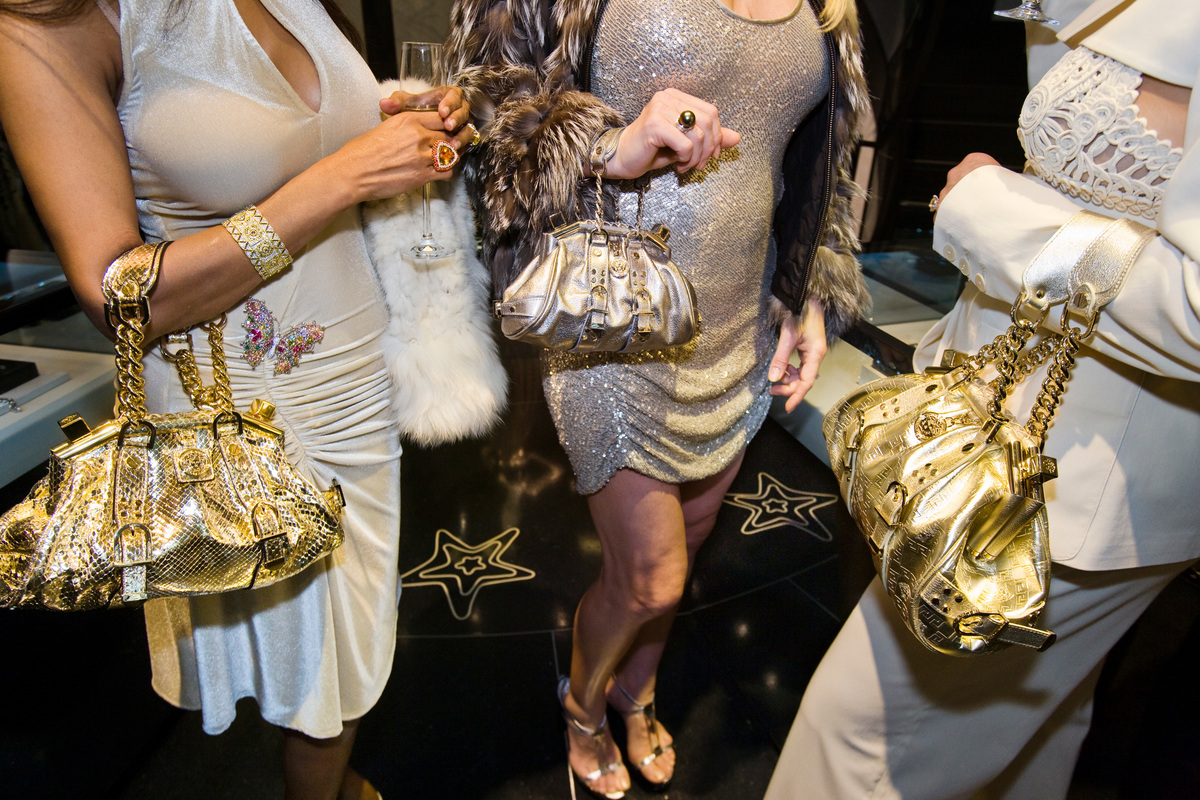 Jackie and friends with Versace handbags at a private opening at the Versace store, Beverly Hills, California, 2007.

Plastic surgery, private jets, toddlers in designer clothes, magnums of champagne — Lauren Greenfield's 500-page photo collection, Generation Wealth, shows all of that. But this book isn't just about people who are wealthy, it's about people who want to be wealthy.

I met up with Greenfield at the Annenberg Space for Photography in Los Angeles, where there's an exhibit to accompany the new book. She says some of her early work was photographing kids here in LA, where she grew up. This project, about wealth and striving for wealth, developed from there, even though she didn't know it was about that at the time.

"I started it as a kind of looking back at the culture I grew up in," she says. "And then I went on to do other things, about gender, about fashion, about consumerism, about how our values have been exported. It wasn't until the 2008 financial crash I realized that the stories that I'd been doing for a couple of decades were all connected, and kind of formed a morality tale."

So Greenfield went back through her old work to see "how the pieces of the puzzle fit together." She also identified what was missing, and began filling in the holes to see "what it all added up to."

It added up to a massive collection of images. It's organized into sections with titles like: "I Shop Therefore I Am" and "The Princess Brand." It's in chronological order, and at the exhibit we start in the early 1990s, with images of private school kids, seventh graders, each flashing a $100 bill. 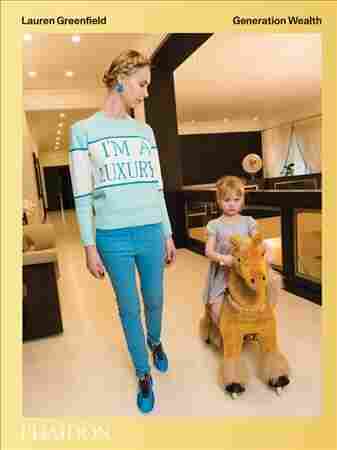 If you're doing a story about growing up in LA, the kids told Greenfield, you have to show money. Then there's the photo of high school kids who've skipped school to cruise the beach in their convertibles. But, she says, these kids actually aren't rich.

"The thing about this project is: It's not about the rich, it's really about our aspiration to wealth, and our needing to show it off whether we have it or not," she explains. "So, with the rich kids, I was looking at how they were growing up quickly, and how they were influenced by the values of Hollywood. But they were really influenced by the media, and MTV and ... hip-hop culture for inspiration. So then I also photographed kids from East LA and South LA who, on the other side, were emulating the trappings of wealth."

"Enrique was living in South Central, his mother was a seamstress, and he spent two years saving the $600 that he spent on prom," Greenfield says. "His mother thought money could go to better use, but she knew how important it was to him, and he said it was completely worth it. They had a limo, it picked them up in South Central, everybody was looking, and he said he 'felt like the king that day.' I think it's really important to understand that these values go beyond the rich, they go beyond the poor. They cross class and race and even border."

There's a section in the exhibit called "The Queen of Versailles," about a wealthy couple that builds a huge mansion, and another section called "Cult of Celebrity," with early images of the Kardashians. Greenfield has captured famous people learning how to be famous.

"Fame has been an important driver in the work ..." Greenfield explains. "With the rise of reality TV and social media, everybody can be a celebrity and fame has currency. And so, in a lot of my interviews, when you ask kids what they want to be when they grow up they say: rich and famous."

People will also pay to have the trappings of wealth — there's a "fake it 'till you make it" mentality. In the images — of lavish pool parties and the like — it looks like people are having fun ... but are they happy?

To answer that question, Greenfield quotes David Siegel, from the Queen of Versailles, who said, "Money doesn't make you happy. It just makes you unhappy in a better section of town." 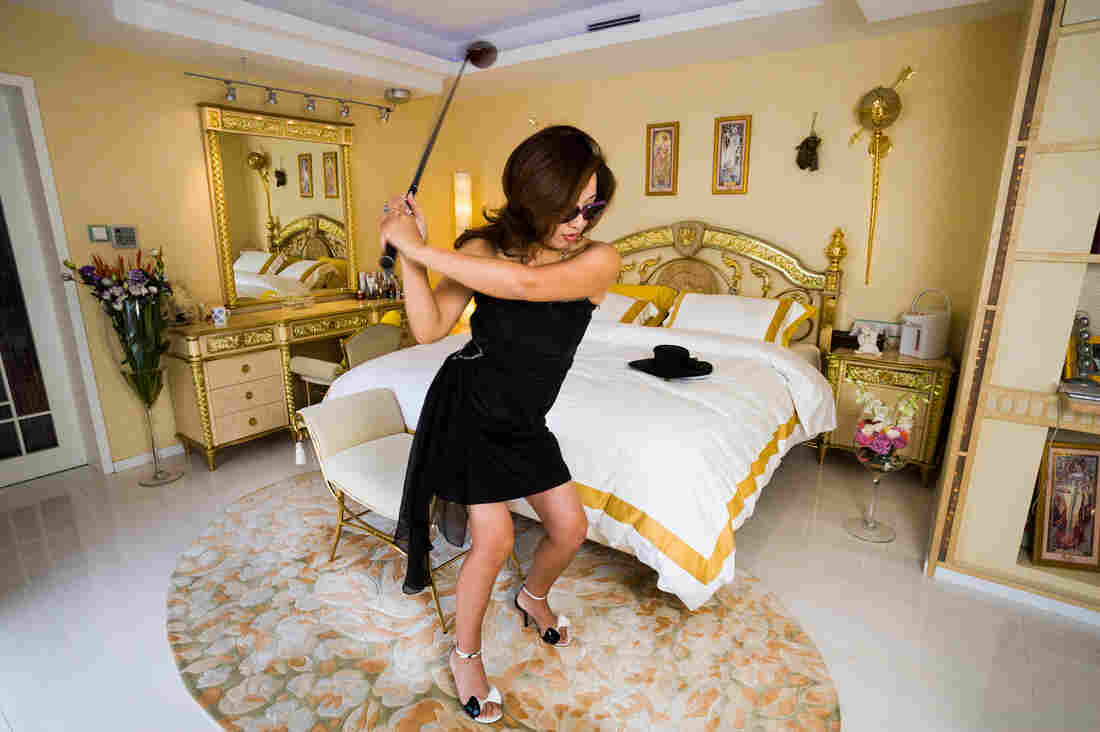 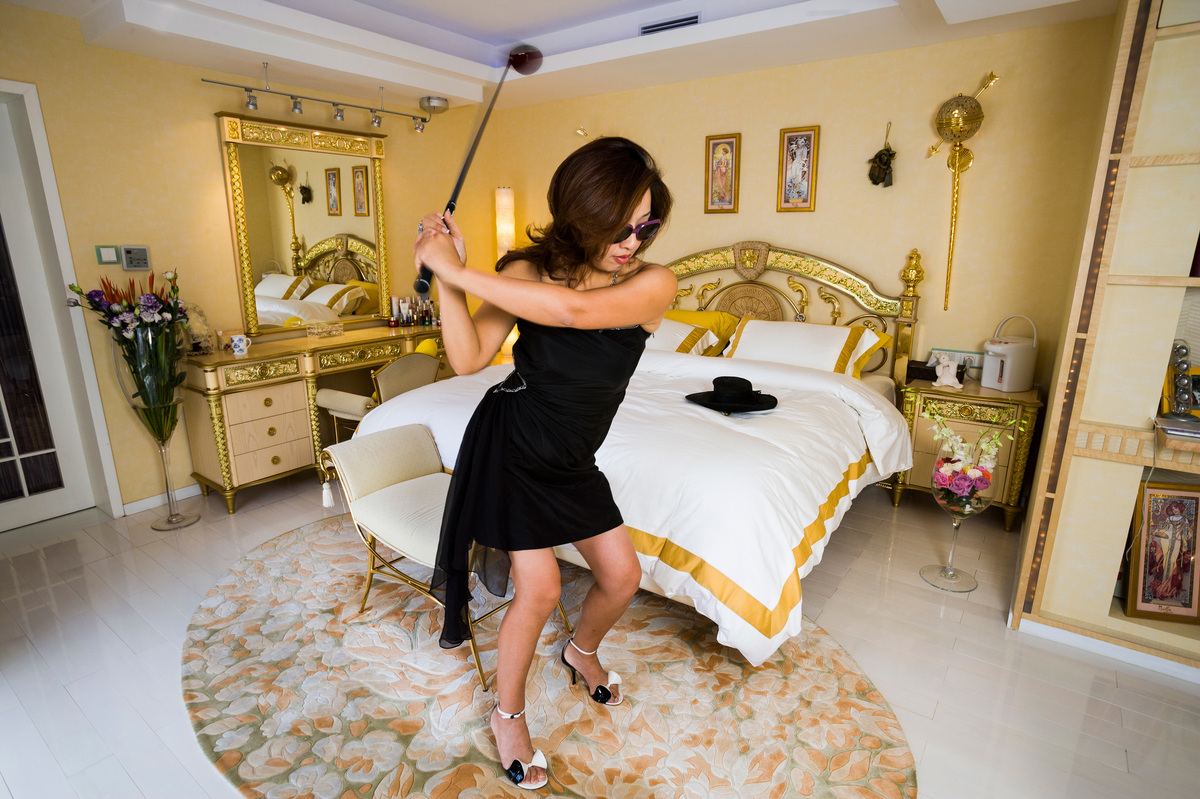 Xue Qiwen, 43, in her Shanghai apartment, decorated with furniture from her favorite brand, Versace, 2005.

"There's a striving that kind of continues among rich," Greenfield says. "The Queen of Versailles was a perfect example — they lived in a 26,000-square-foot house and then built a 90,000-square-foot house. ... There's kind of a theme of addiction and the addiction of consumerism. And so with addiction, you never have enough and there's no satisfaction and eventually you hit rock bottom."

Which brings us to a section called "The Fall," in which Greenfield captures the damage done by the 2008 economic crash. The pictures are different here: There are no pool parties; this is wealth pursued and taken away — people who reached up and discovered they reached too far. Her images depict a GM worker who lost his job and ended up in foreclosure; a real estate agent who became a phone sex operator; an empty home where a child's trophies were all left in the garage.

Finally, there's a section called "Make it Rain" — where dollar bills float down as naked women crawl on the floor to pick them up at a famous strip club in Atlanta. In another image, a T-shirt simply states: "Being broke is not an option."

Greenfield says, now, decades after she started taking these pictures, projecting wealth is more important than ever.

Greenfield believes there's been a shift in values — from "hard work, and thrift, and frugality and modesty" to "bling and showing off and narcissism."

Materialism, she says, is the new spirituality.