Accessibility links
Timing Of James Comey's Firing Questioned By Vulnerable Republicans "I can't defend or explain [Tuesday's] actions or timing of the firing of FBI Director James Comey," said Virginia Rep. Barbara Comstock, who is a top Democratic target in the 2018 midterms. 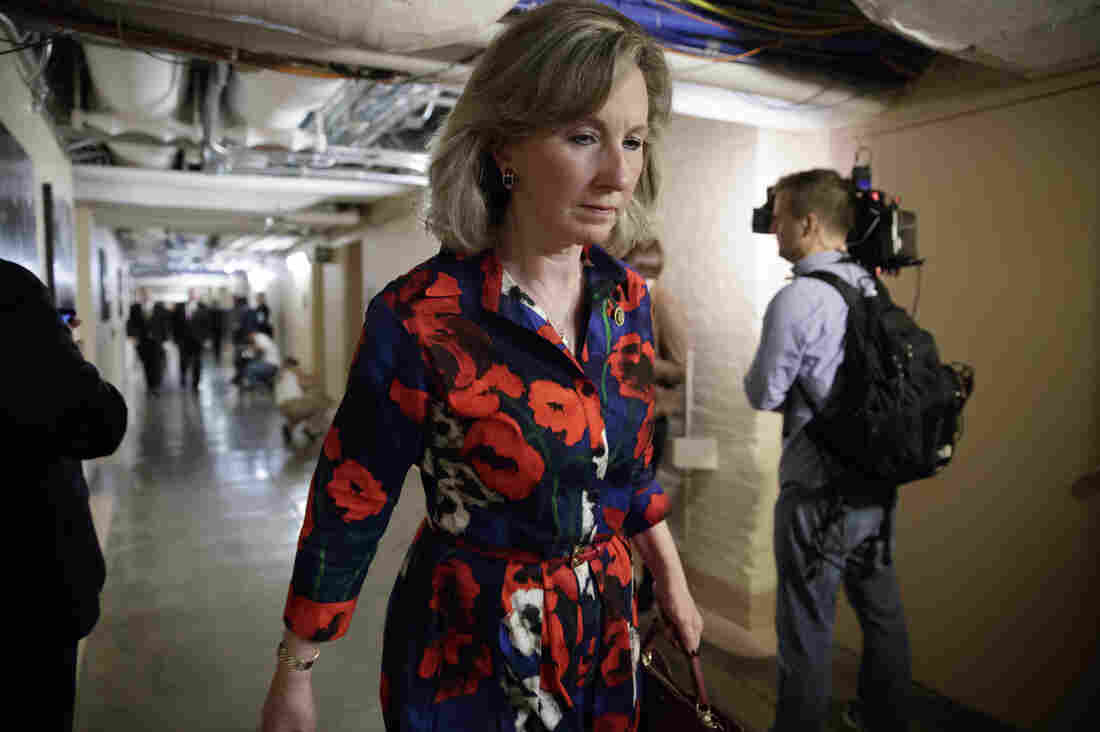 Rep. Barbara Comstock of Virginia, seen at the Capitol in March, is among the Republicans questioning the timing of FBI Director James Comey's firing. J. Scott Applewhite/AP hide caption 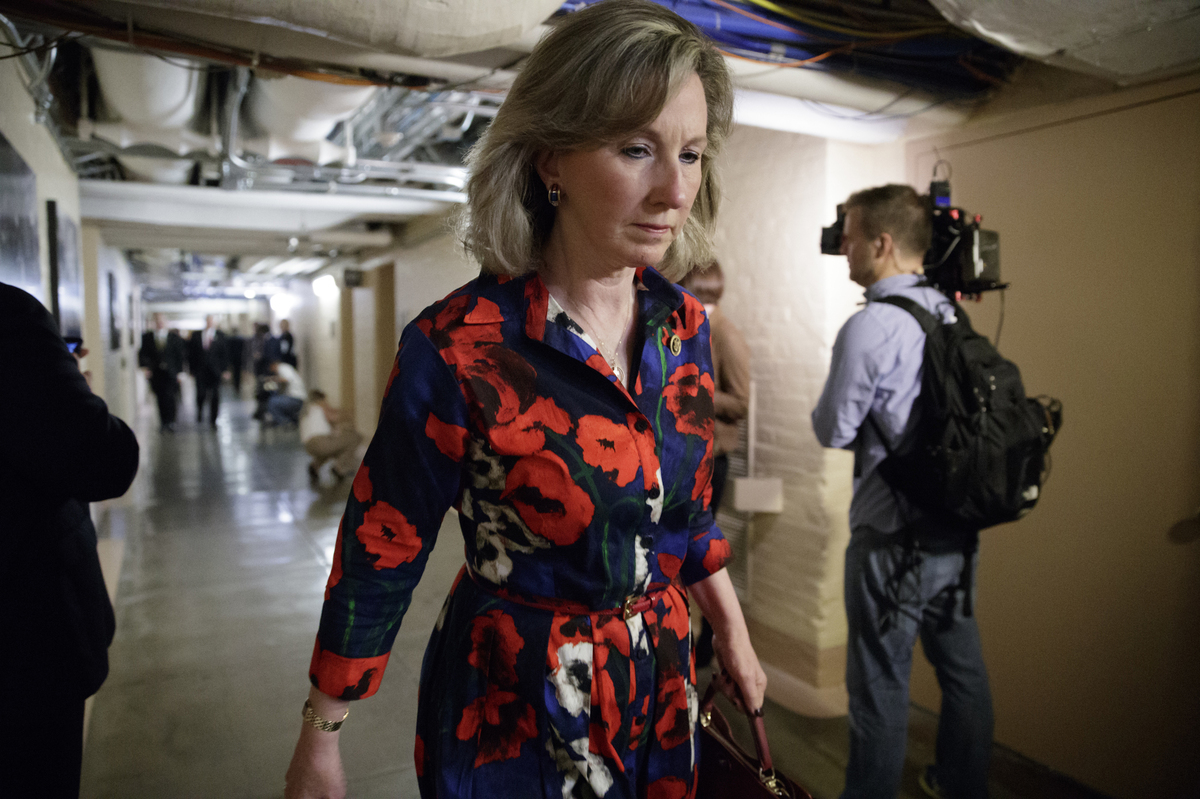 Rep. Barbara Comstock of Virginia, seen at the Capitol in March, is among the Republicans questioning the timing of FBI Director James Comey's firing.

In response to President Trump's surprising firing Tuesday night of FBI Director James Comey, congressional Republicans largely maintained a united front and resisted calls for a special prosecutor to helm the ongoing investigation into Russia and the election.

However, cracks in that unity began to emerge in the day that followed, with key senators and some vulnerable House members voicing concern over how the White House handled Comey's dismissal.

"I've spent the last several hours trying to find an acceptable rationale for the timing of Comey's firing. I just can't do it," Sen. Jeff Flake, R-Ariz., tweeted late Tuesday night. Flake is up for re-election in 2018 and is one of the few Senate targets Democrats have in a map where they're largely playing defense.

Several of the most endangered House Republicans — including Virginia Rep. Barbara Comstock, Florida Rep. Carlos Curbelo, New York Rep. John Katko and Texas Rep. Will Hurd — also expressed concern about the timing of Trump's decision. All sit in districts that the president lost last November and are atop Democratic target lists in next year's midterm elections.

These are just a handful of vulnerable members who will be among the most critical lawmakers to watch in the coming days for how they react to the still-unfolding saga around Comey's firing.

"Both Democrats and Republicans attacked the FBI Director at various times for various reasons and called for his ouster," Comstock, who formerly worked with Comey at the Justice Department, said in a statement. "However, I can't defend or explain [Tuesday's] actions or timing of the firing of FBI Director James Comey. The FBI investigation into the Russian impact on the 2016 election must continue. There must be an independent investigation that the American people can trust."

Curbelo called the move an "extraordinary decision" that "raises many questions all of which must be answered.

Trump May Be Spoiling For A Shutdown Fight, But It Could Spell Disaster In 2018

"Congress and the American people need a transparent explanation as to how this decision was reached and why it was executed at this time. It is critical that the FBI can continue all of its pending work with independence and integrity — especially the investigation into the Russian government's efforts to influence our last election and undermine American democracy. Today I reiterate the need for Congress to establish a Select Committee with full investigatory powers to thoroughly examine this matter."

Katko reiterated the call for a "clear explanation." He added:

"I expect to learn more in the coming days. Moving forward, it is imperative that a qualified, independent, and respected individual be nominated in a timely manner to lead the FBI. No matter who leads the Bureau, it is of utmost importance that the men and women of the FBI are able to continue their high quality and independent work, including the investigation into Russian meddling in the 2016 election."

Hurd, a former CIA officer, called the timing "troubling, especially since the Justice Department Inspector General was conducting an independent investigation into Comey's handling of the Clinton email case."

Still, none of their calls quite reached the pitched level of Democrats, who were virtually united in their calls for a special prosecutor to take over the FBI's investigation.

After Comey Firing, Calls For Independent Probe Come In Lots Of Flavors

'Nothing Less Than Nixonian': Democrats React To Comey Firing

Members who aren't on the ballot in 2018, but had been critics of Trump in the past, also said they wanted more answers about how — and why — Comey's dismissal went down.

"Regardless of how you think Director Comey handled the unprecedented complexities of the 2016 election cycle, the timing of this firing is very troubling," said Republican Sen. Ben Sasse of Nebraska. He added, "As the chairman of the Judiciary Committee's Oversight Subcommittee, I have reached out to the Deputy Attorney General for clarity on his rationale for recommending this action."