Accessibility links
What If Russia Meddles In Another Major U.S. Election in 2018 Or Beyond? Will The Country Be Ready? Bitterly divided over the Russian meddling in the 2016 campaign, leaders in Washington so far are not focused on deterring more interference in the next major elections. 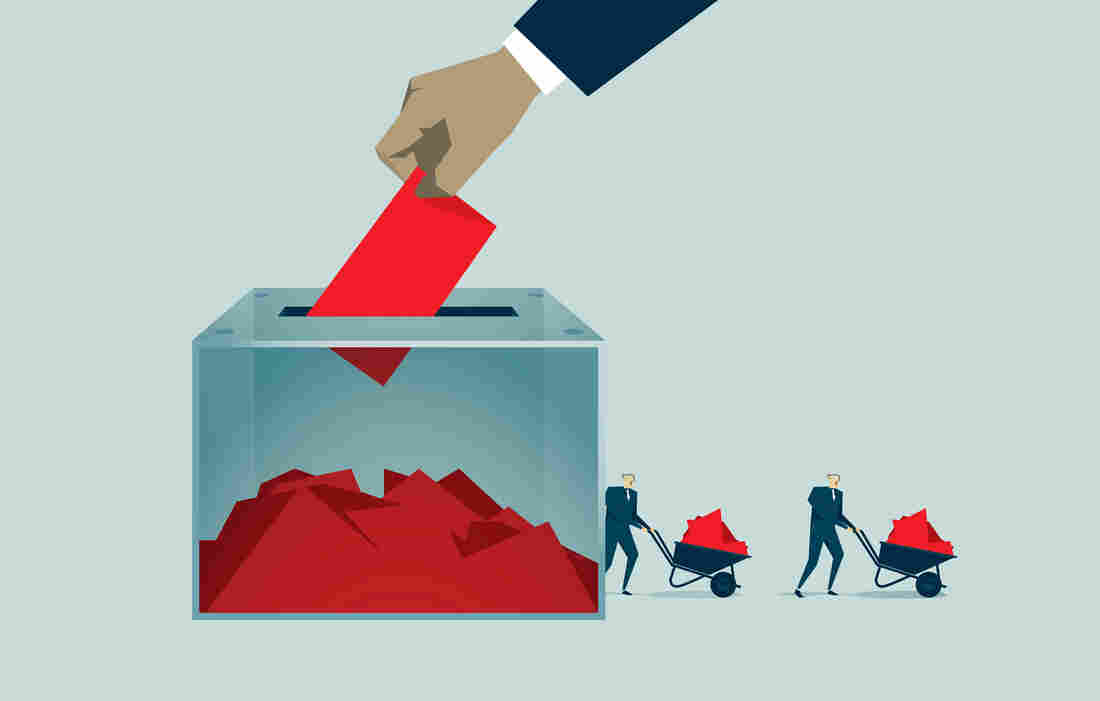 Bitterly divided over Russian meddling in the 2016 campaign, leaders in Washington so far are not focused on deterring more interference in the next major elections. erhui1979/Getty Images/iStock hide caption 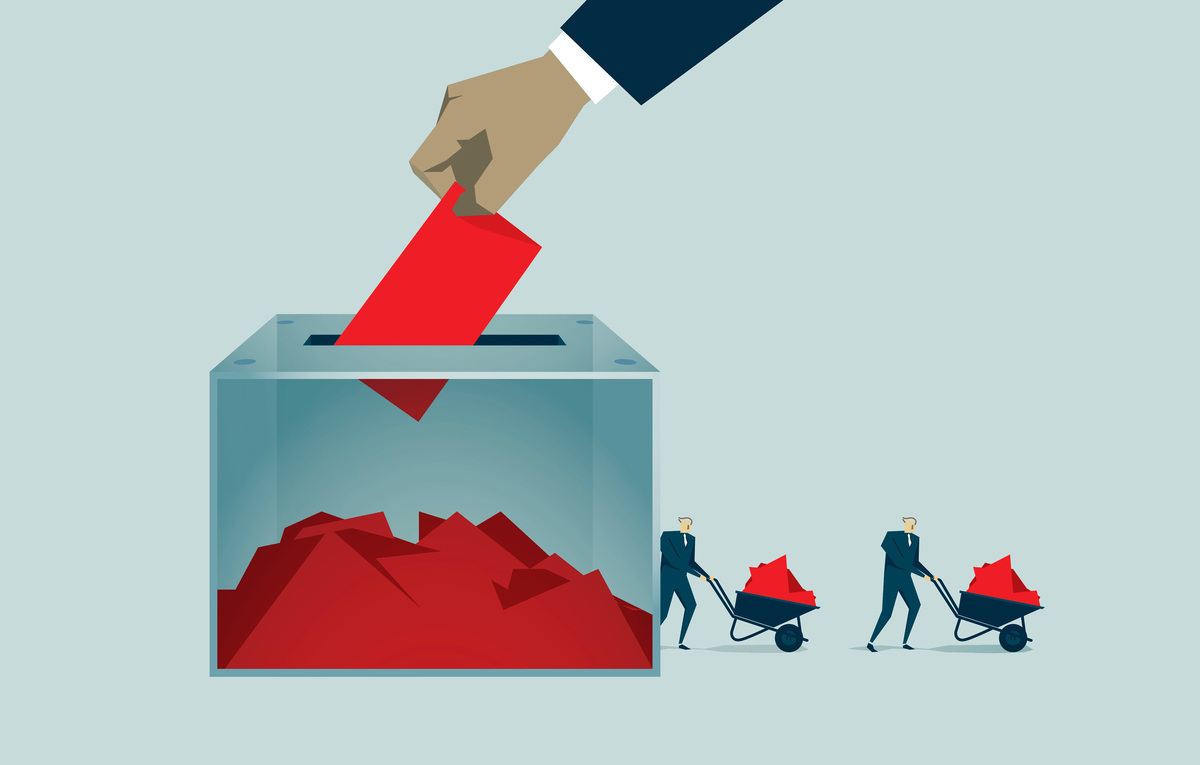 Bitterly divided over Russian meddling in the 2016 campaign, leaders in Washington so far are not focused on deterring more interference in the next major elections.

Washington has a big problem to solve: Can it stop cyber mischief, trolls and disinformation from becoming as much a part of American elections as yard signs, straw hats and robocalls?

"They're going to continue to do it," former Director of National Intelligence James Clapper told a Senate subcommittee on Monday. "And why not? It proved successful."

Moscow has sown chaos across the West, Clapper and others say, by injecting doubt into elections in the U.S. and Europe.

The problem: The breadth and diversity of what makes up "interference" is also what makes it so difficult to combat — from hackers stealing and exposing embarrassing secrets to paid social media "trolls" to the creation of sensational or misleading stories camouflaged as news.

"Anyone — not just Russians, anyone — can throw an idea against the Internet wall and see if it sticks," said Kyle Saunders, an associate professor of political science at Colorado State University.

"In that context, I think whether it's candidates, or campaigns, anyone ... trying to gain office or govern in this environment has to take this as the new normal."

Saunders' research focuses on political conspiracy theories and the factors that contribute to people believing stories even after they've been disproved. It's tied up with psychology, he said, including the validation that comes from seeing information that confirms a preconception to the reward associated with being reaffirmed as a member of a broader group.

In some cases, monkeying with online services affected which stories readers in the United States were viewing "down to a county level," as Sen. Mark Warner, D-Va., said. In other words, that increased the chances that someone in a politically competitive area saw a certain headline at a certain time.

Facebook, Google and other online platforms have said they want to try to prevent this kind of manipulation from happening again, and Saunders pointed out that many people now have their "antennae up" for mischief going into future elections.

All the complexity, though, means no single entity in Washington or Silicon Valley or elsewhere can act decisively to resolve it.

The old Soviet Union conducted "active measures" campaigns inside the U.S. for decades, the intelligence community says. But last year's campaign "represented a significant escalation in directness, level of activity and scope of effort," it concluded.

The U.S. itself is also different now. Foreign interference is politically palatable to many people in a way it never was in, say, the 1950s or 1960s when threats of various kinds from the Soviet Union loomed large during the height of the Cold War.

Subjects' emotional reactions were the same about the prospect of the election being thrown, professor Bethany Albertson told NPR — "everybody feels angry or disgusted or anxious whether the vote tampering affects your side or not."

These perceptions affect whether Americans think foreign tampering is acceptable or whether people believe it even took place. That means there's nothing like a unified call from the public for members of Congress to act.

President Trump himself has gone back and forth about whether he accepts the Jan. 6 intelligence community report about the Russian cyber mischief in the election — sometimes he does; sometimes he calls it a "witch hunt" invented by Democrats to make excuses for Hillary Clinton's loss.

The FBI began investigating those potential ties last summer. The House and Senate intelligence committees also are attempting to look into them. Republicans in Congress, however, reject that premise of the effort; they say what they're looking into is potential abuses of surveillance and classified information by President Barack Obama's administration.

Republicans and Democrats focused on tussling with each other are not focused on trying to shore up American defenses against potential future election meddling.

But that hasn't stopped people from urging Congress to act.

Clapper, the former spy boss, said he thought the U.S. should bring back the U.S. Information Agency "on steroids" and give the Russians "a taste of their own medicine" with a big countermessaging effort that might involve an Internet campaign, TV and radio ads and a Cold War-style electronic counterpunch.

That kind of effort also might help the U.S. battle the online propaganda of the Islamic State, he said.

Clapper and former acting Attorney General Sally Yates also told senators they thought the U.S. must "harden" its election systems to safeguard vote-counting and registration systems. The government could declare such networks "critical infrastructure," like the electric grid, Clapper said, and offer them the same kind of cyberprotections.

Then-FBI Director James Comey told a Senate panel before his surprise dismissal on Tuesday that there was no evidence that Russia's 2016 election meddling affected any votes or electoral outcomes in the United States, but that Russians have attempted to do just that elsewhere outside the United States.

After Comey Firing, Calls For Independent Probe Come In Lots Of Flavors

Comey appeared to remain confident in assurances from last year that the vast, disconnected 50 states' worth of electoral systems meant that a national election was unhackable.

"The beauty of our system is it's a bit of a hairball."

Yates said she agreed with senators who called for imposing a "cost" on Russian meddling to keep Moscow from thinking it could get away with mischief cheaply, although she acknowledged the practical limits of the Justice Department getting its hands on cybersuspects who might be working from St. Petersburg.

"I think that we have to do more to deter the Russians, and it wouldn't hurt to prosecute a few folks, but I don't think we should kid ourselves that we'll be able to prosecute our way out of this problem," Yates said.

Warner told NPR he thought web platforms such as Google and Facebook, as well as the digital advertising industry, must do more to help combat foreign mischief, and, he said, Congress needs a "clearly articulated" cyber policy.

"That means not only on the defensive side but I believe we need to at least have a discussion about an offensive side," Warner said. "The idea that we are going to simply sit by whether it's this kind of interference in our electoral process or as other countries have done, stealing our intellectual property? We've got to move past that."