Accessibility links
'King Arthur: Legend Of The Sword': An Edgy Script, Dulled By CGI An Embarrassment of Ritchie: Charlie Hunnam stars as a hunky Arthur in a film that crackles with director Guy Ritchie's distinctive style but sinks under its bloated special effects. 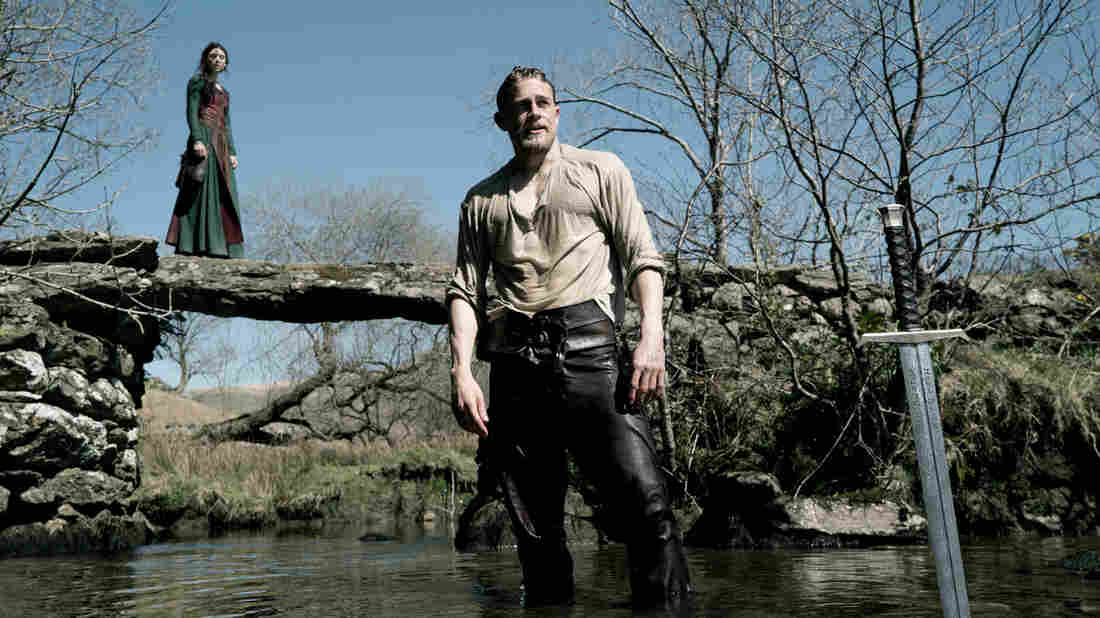 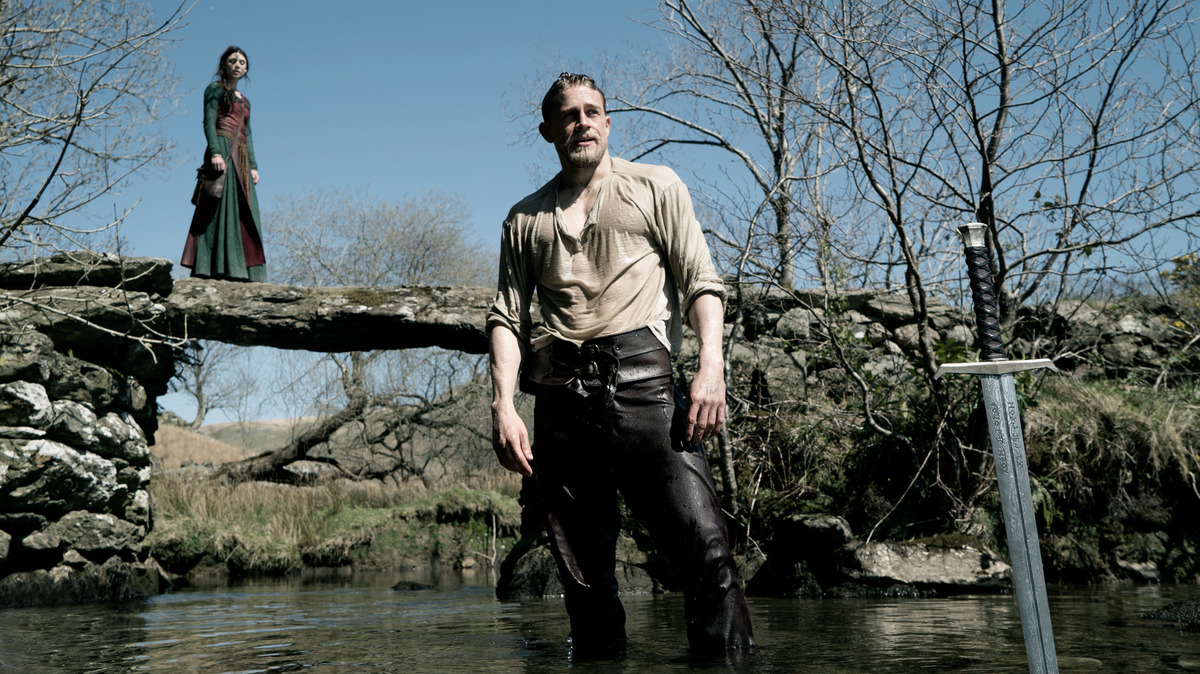 No Basis For A System Of Government: The Mage (Astrid Berges-Frisbey) urges Arthur (Charlie Hunnam) to go full-hilt boogie in King Arthur: Legend of the Sword.

After a millennium of mystical and/or pious Arthurian lore, someone — could it have been Guy Ritchie? — determined that the once and future king needed the Guy Ritchie treatment. But then someone — could it have been the selfsame Ritchie? — concluded that snarky attitude wasn't enough. And so we have King Arthur: Legend of The Sword an intermittently amusing mashup of frisky medieval-gangsta flick and ponderous sub-Tolkien war saga.

In the movie's livelier moments, Arthur (The Lost City of Z's Charlie Hunnam) is a thief in a Londonium that's the spiritual precursor of the London of Ritchie's Lock, Stock, and Two Smoking Barrels. Swaggering, charismatic Arthur was raised in a brothel, and represses his memories of the parents who died when he was young. He now leads a group of merry, Cockney-accented men through an urban equivalent of Sherwood Forest.

If Arthur is something of a beefcake Oliver Twist, his muddy hometown is even shabbier than Dickens' London. And yet this Britain is cosmopolitan enough to have lured Arthur's kung fu instructor (Tom Wu) from China and one of his future associates (Djimon Hounsou) from Africa. Also making a cameo, via cinematic time machine, is global football star David Beckham.

Playfully cross-cut and maniacally chatty, the Londinium sequences employ a jaunty percussive score and lots of Godard-via-Tarantino tricks. There's reverse motion and julienned dialogue, as well as freedom-fighting: Arthur is not simply a lovable rogue, but also a defender of women and a leader of the resistance against the black-clad London SS dispatched by King Vortigern (Jude Law, who was Watson in two Ritchie pillagings of the Sherlock Holmes canon).

Vortigern, a late addition to Arthurian fable, is here depicted as part Hitler, part Lear, and part Herod — plus a big dollop of every fairy-tale ruler foolish enough to call on occult powers to aid in usurping and keeping a throne. Law has some melodramatic fun with the role, but not enough.

King Arthur might have been as successful — which is to say, moderately — as the director's Sherlock romps if only the demons, mages, and hawks the size of SUVs had been kept in the background. But Ritchie (who co-scripted with Joby Harold and Lionel Wigram) opens the tale in full sword-and-sorcery mode, with an assault on Camelot led by bad wizard Mordred. While that's happening, Vortigern is down in the basement, murdering Uther (Eric Bana), the true king and Arthur's dad.

This dreary prologue is a bid for fans of The Lord of the Rings, Harry Potter, and all that, but its CGI-crowded action barely rises to the level of The Great Wall. When little Arthur escapes the carnage, floating impossibly down the Thames to Londonium, he's in a better place — and a better movie.

Perhaps the worst possible outcome would be for a no-named ethereal sorceress (Franco-Spanish actress Astrid Berges-Frisbey) to persuade our scruffy hero to return to the magic kingdom. That is, of course, what happens. The filmmakers (who include executive producer Steve Mnuchin, now treasury secretary of Mordor) are apparently convinced of viewers' insatiable appetite for massive yet weightless supernatural monsters.

While making a hash of a national legend, Ritchie is at least enough of a patriot to have filmed King Arthur entirely in the U.K. Yet he insists on having the king of the Britons refer to his country as "England." The pseudo-historical Arthur, who supposedly protected his people from the Angles and Saxons, would have Excalibur-ed him for that one.