Accessibility links
Goldie Hawn And Amy Schumer Have A Non-Dream Vacation In 'Snatched' Goldie Hawn and Amy Schumer star in Snatched, which has plenty of flaws, but at least offers a chance to see two very funny women with lively chemistry. 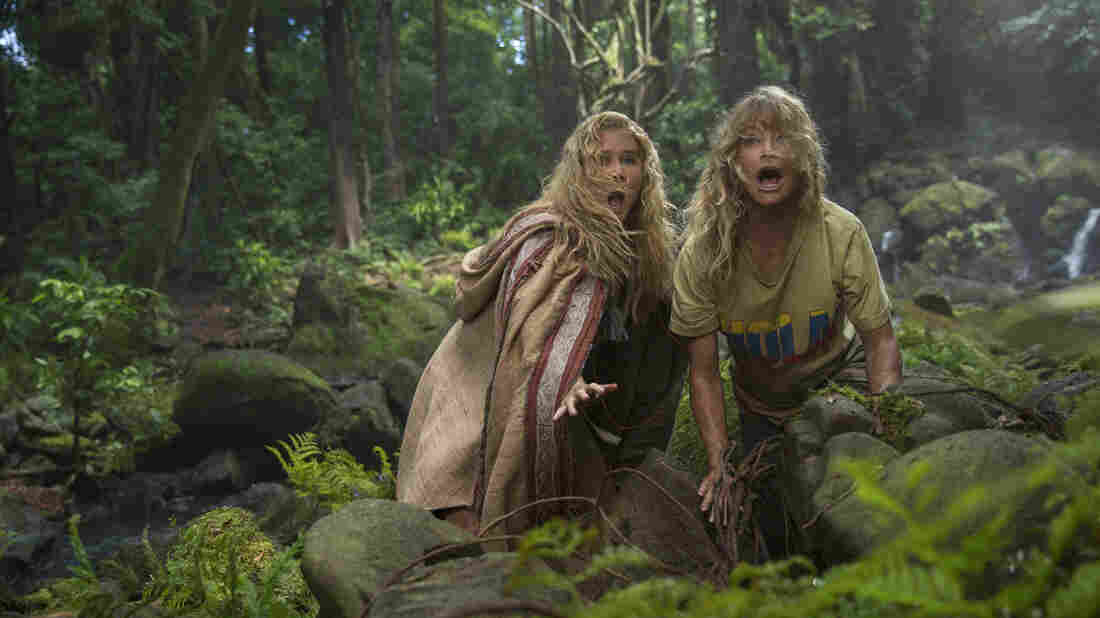 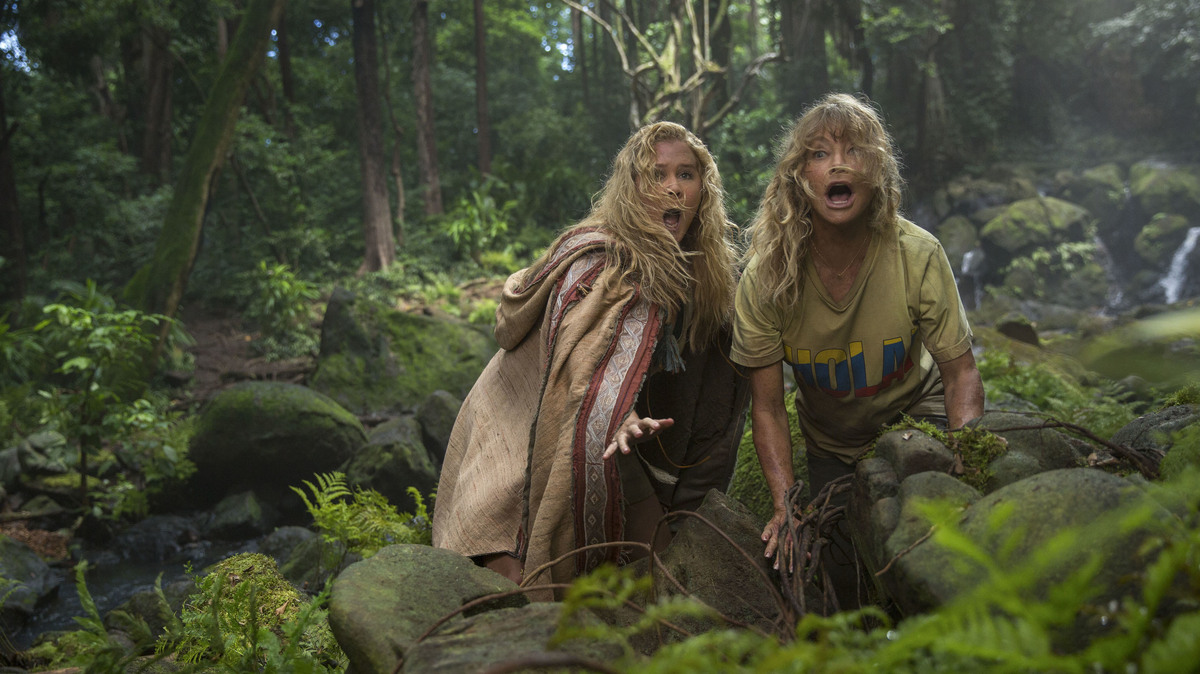 Emily (Amy Schumer) and Linda (Goldie Hawn) get rumpled in the jungle in Snatched.

The Ecuador Ministry of Tourism probably won't have anything very nice to say about Snatched, an R-rated mother-and-daughter-reunion comedy that pairs Amy Schumer with Goldie Hawn, returning to features after a 15-year sabbatical. The double entendre of the title is fully intentional, obviously, referencing the comic persona Schumer has cultivated as a ribald, sex-positive libertine. But the plot still involves the two tourists being abducted and held for ransom during their South American getaway. Escaping and defeating their captors turns out to be just the maternal bonding exercise Schumer hoped for when she invited Moms on vacation — after her musician boyfriend (Randall Park) dumped her and all her friends turned her down. "Let's put the 'fun' in 'nonrefundable,'" Schumer implores Hawn. (Their movie-names are Emily and Linda Middleton, respectively.)

Fans who were disappointed when Trainwreck, the very funny Schumer-penned romantic comedy of two summers ago, seemed to incline towards plain-vanilla monogamy, will be happy to find Schumer back in her happily debauched happy place here, though Snatched has bigger problems. This is a movie, after all, that seems to validate a hysterical older white lady's fear of brown people. The Ecuadorians and Colombians we meet are all either criminals or and salt-of-the-Earth primitives. That ain't great.

Then again, the movie is hardly in the thrall of its main duo: Emily gets canned from her job at a boutique for behaving like a customer rather an employee. Our introduction to Linda comes as she's calling to warn her New Yorker daughter about something she heard on the news about "a heist in Delaware." Linda, who's been celibate since her long-ago divorce and who dotes on her man-child son (Ike Barinholtz), needs to let her hair down, while Emily could use more direction and responsibility in her life.

Snatched's screenwriter is Katie Dippold, who collaborated with Paul Feig on the lady-cops buddy comedy The Heat and on last year's Ghostbusters reboot. If Snatched isn't as inventive or as devoted to giving misogyny the middle finger as either of those—and it isn't—it still throws enough to curveballs to repay your modest 90-minute investment. Its assets include Wanda Sykes and a silent (!) Joan Cusack as a couple of fannypack-wearing former soldiers who offer the Middletons their unsolicited protection. (An obviously enhanced/doubled/constructed Cusack's habit of acrobatically scaling walls and vaulting fences as though she has the proportional strength and agility of a radioactive spider is a sight gag that never gets old.) Bashir Salahuddin has some good scenes as a mid-level State Department official who is trying, in his bureaucratic way, to help the Middletons reach the U.S. Consulate in Bogota. They also find a brief ally in a swaggering Indiana Jones type (Christopher Meloni, a black belt at this whole comic machismo thing) who offers to guide these two helpless women safely through the brush.

"In the jungle, you have to pick your poison," he grunts. "Starvation, or poison."

There's a bit of possibly accidental symmetry in the fact that the last time Hawn was in a movie—in 2002's The Banger Sisters—she played a Schumer-esque party person who is disappointed to learn that her best friend from her youth, Susan Sarandon, has become a suburban conservative in the intervening years. It wasn't a particularly good movie, but Sarandon and Hawn had an appealing rapport. That's about the size of Snatched, too.