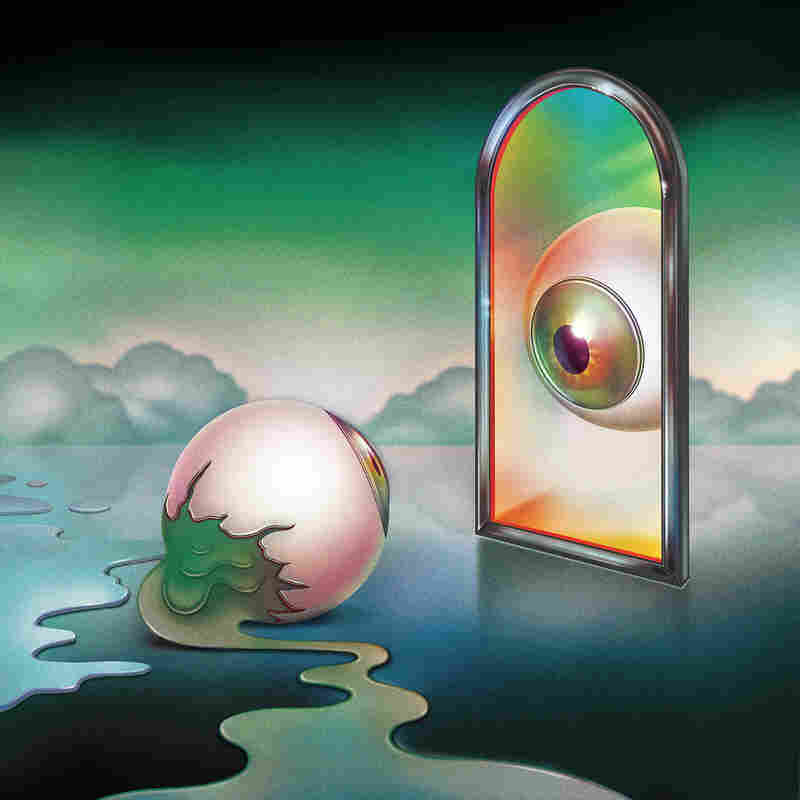 Nick Hakim writes songs that honor his own complexity and the complexity of love (they are, in part, inextricable), delivered through brilliant, pillowy, jazz-inflected arrangements. But, perhaps above all, it's the voice — a striking vessel of emotion and an impressive technical force.

On Green Twins, Hakim's full-length debut, he holds every lyric with care. Not a word is wasted. Sometimes, though, he lets himself overflow. Like on "Slowly," where he dreams of the lover he misses. "What I would give to feel that feeling one more time / Oh, it's something I can't ever explain," he sings. After, he attempts a kind of explanation with a layered chorus of groovy, melodic gutterals, yells and shrieks.

My colleague Lars Gotrich described Hakim's sound as "soul music for outer-space." And it's true: There are so many elements of this album that feel otherworldly. For one, the way the mix plays with distance: Some vocals actually sound like they're arriving from far away, like they're being overheard from the next room. Some songs, like "Farmissplease," offer overtly psychedelic vibes. But throughout the album, Hakim balances that feeling of floating, which he creates with falsetto and lots of reverb, with the lusciously terrestrial feeling of being rooted to the ground. This dynamic is beautifully at work in "Miss Chew, " where Jesse & Forever's saxophone stylings soar, while prominent drums and bass lock perfectly and anchor the listener to earth.

Hakim's unexpected musical choices lend his songs a strange realism. There's one surprising twist like this on his 2014 EP Where Will We Go, Pt. 1, in a song called "Cold," which describes lost love. "She's never coming back to me," Hakim croons. "Cold" is the soundtrack to a Boston snowfall: melancholy in tone, full of cozy chords and led by the warm timbre of Hakim's voice. But there's an emotional shift towards the end of the track; its tempo picks up, lifting the mood of the song. "Ba-dum dum dum," Hakim sings, as if to say, "Life goes on." When I first saw them perform the song, in an Allston bar during a Boston spring that still felt very much like winter, Hakim and his band dramatically extended the upbeat section at the song's end. The meaning of the moment wasn't immediately obvious: Was it a post-heartbreak triumph? Or was it a nod to the ways we try — desperately — to convince ourselves that we're OK afterwards?

Maybe it doesn't matter what Hakim intended, exactly. Maybe the music isn't meant to access a static, universal feeling – instead, it's there to help you realize your emotions are dynamic and entirely personal.

On Green Twins, the songs are less about heartbreak (though, of course, some still are) and more about devotional love and desire. Less winter, more spring. But Hakim's emotional intelligence – his quest to honor the many sides to each feeling – endures brilliantly. He is so clearly interested in what makes people tick: "Let me inside of your mind/ I'll live inside of you / To find what you're looking for," he sings on the track "Needy Bees." Matters of the heart require tenderness – and this conviction is what makes Green Twins a treasure; irresistible and challenging, without contradiction.