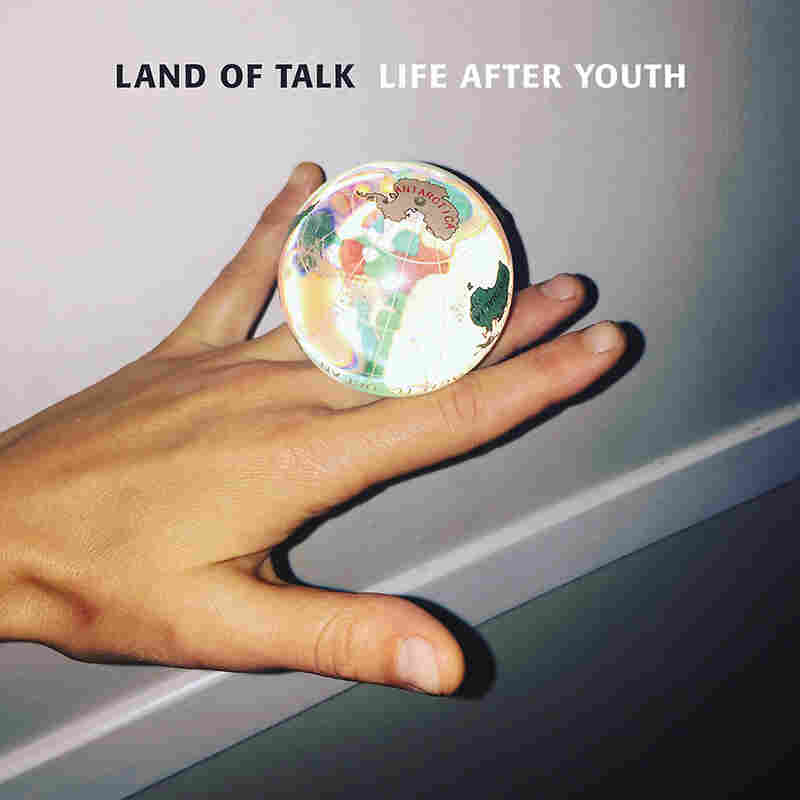 Lord knows, much has happened in the years since Land Of Talk released its most recent album, 2010's Cloak And Cipher. But for bandleader Elizabeth Powell, that time has represented an accumulation of hardships and obstacles — her father's stroke, a hard-drive crash that wiped out a bunch of her music, the usual industry woes and lineup changes — that have both slowed her down and sparked her drive for renewal. The title of Land Of Talk's new album, Life After Youth, wraps that whole bittersweet journey into three ambivalent words that connote a seemingly contradictory, but entirely appropriate, bundle of weariness and willingness to embrace a new day.

Cloak And Cipher, like the Montreal-based band's divine 2008 debut Some Are Lakes, still sounds fresh today — and Life After Youth both picks up where it left off and adds welcome layers to the band's punchy, guitar-driven indie-pop sound. The very first second of the new record is telling: "Yes You Were" opens Life After Youth so abruptly, it's as if the song is being joined in progress; the effect is a burst of brightness and joy befitting the release of a project that's been gestating for this many years.

It doesn't take much longer than that opening second for Life After Youth to demonstrate exactly why Land Of Talk has been so sorely missed: Powell's voice captures a just-right mix of sweetness and ache, while the arrangements that surround her have evolved to incorporate not only the usual churn of guitars, but also an appealing swirl of synths and effects. Given how close Powell was to retiring from music, Land Of Talk's return is cause for both stirring celebration and a deep sigh of relief.