Accessibility links
'Rolling Stone' Founder Jann Wenner On 50 Years Of Rock And Roll History When Wenner started Rolling Stone, he says, other publications weren't taking rock and roll seriously. Since then, the magazine has documented five decades of music, politics and culture.

Rolling Stone magazine turns 50 this year, and co-founder Jann Wenner has written the foreword to a new book celebrating the anniversary. Wenner started Rolling Stone in San Francisco in 1967 with $7,500 of borrowed money, donated office space and some used typewriters. He was a 21-year-old Berkeley dropout who was into all the great music coming out in the year of the "Summer of Love" — and he wanted to create a magazine that took rock and roll seriously.

In other words, rock and roll wasn't getting the respect Wenner felt it deserved, given the place it occupied in the nation's culture. Baby boomers were just starting to enter college, to become the best educated and most affluent generation the U.S. had ever seen — and music was an inextricable part of the lives of that generation.

"As it came of age, it had rock and roll as the glue that held that all together," Wenner says. "[Rock and roll] was kind of the tribal telegraph, [through] which ideas about the world were being shared, and ideas about the American experience were being informally passed around. Dylan and The Beatles and the Stones were shaping a worldview that we were part of."

Hear the full conversation at the audio link, and read on for highlights.

I'd asked him to write a small piece for us, and he wrote me back saying, "I can't do that — but I'm loving Rolling Stone, I'm reading it, and you're just doing a whiz-bang thing ... and I'd love to write for you, but right now I'm too busy running for sheriff of Aspen, Colorado." So I wrote him back and said, "Why don't you write about that?" And that became his first piece. It's called "Freak Power in the Rockies: The Battle of Aspen." And we started becoming great friends, and he kind of became a full-time Rolling Stone person.

I think that part of what has made this very successful is giving the right idea to the right writers, kind of understanding what they will really be good at and what will really inspire them to do great work. 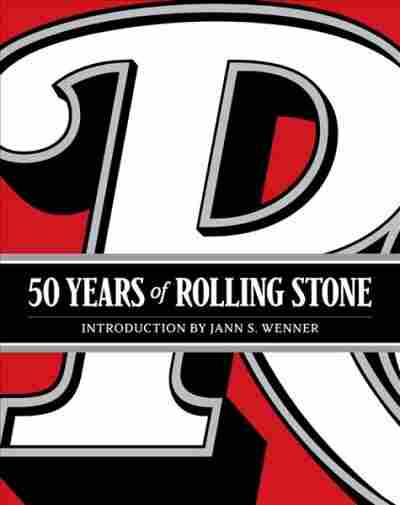 The Music, Politics and People That Changed Our Culture

We commissioned the Columbia School of Journalism to do an investigation of it, of what happened and what we did wrong, and we published that openly. And I think that we never really lost any readers' trust because of it. I think we've got an outstanding record of 50 years of great journalism, and in the course of 50 years, sometimes you make a mistake, sometimes you screw up. And we screwed up. We are not alone; that just happens when you're doing this kind of thing, when you're in journalism — whether you're the New York Times or anything. [Kelly McEvers: Do you feel like you were too slow to admit that you screwed up?] I think we — no, I don't. We wanted to understand it first.

The people we cover who are in the world of arts — we don't view as adversaries. We view artists as people who should be celebrated, critiqued if necessary, supported — we view ourselves as advocates for people like Bob Dylan and Nirvana and Britney Spears and whomever. They're not politicians, they're not people who are making faulty cars. On the other hand, when we're talking about, you know, politics and journalism, we are fiercely independent and rigorous in what we do.

On the magazine's continuing cultural relevance after 50 years

Of course it's a piece of history, and we've covered the history very, very well. But it's ongoing. I mean, just pick it up — it's just as on the news and on the current culture as ever. And ahead of it.