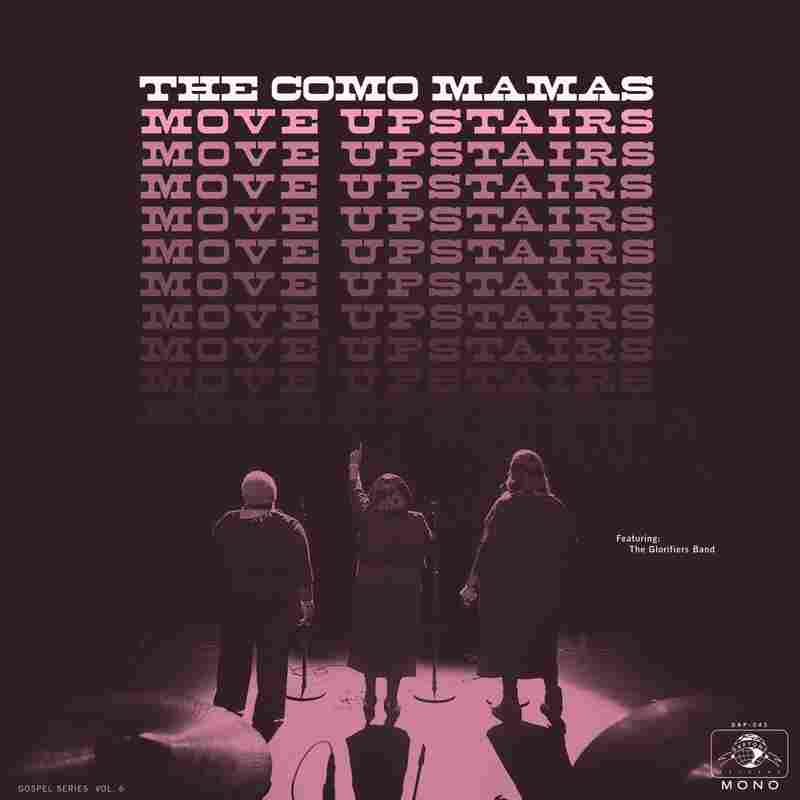 Growing up on the outskirts of Como, Mississippi, a town of only slightly more than 1,000 souls, there wasn't much to do – particularly not, during the years of Jim Crow and shortly after — for black girls like cousins Ester Mae Wilbourn and Della Daniels. After school, they did the chores of country life: gathering wood, bringing in water. They played games with other young relatives and neighbors in the backyard. And they listened to the radio.

"For a long time when I was growing up, radio was all we had for a while," Della Daniels said. Como is a little less than a 50-mile drive from Memphis, where the legendary blues and R&B station WDIA helped launch the careers of B.B. King and Rufus Thomas, who both served as DJs there before breaking out as recording artists. A little elbow grease brought the big-city sound over the air to Como.

"We didn't have a lot of records, but we did have a radio," Daniels explained. "I had some uncles, and they could take a radio and put it in the window and they would run an electrical cord out to that radio, and drive an iron post down in the ground by the window, and that radio would pick up Memphis. They would wrap that electrical cord around that iron rod in some kind of way, and it was like an antenna, and that gave us radio in the house."

They heard Aretha Franklin and Gladys Knight, and the best of Stax Records, Hi Records and all that Memphis had to offer during the week — "I used to get chills listening to Elvis Presley," Daniels said — but on Sundays, secular sounds took a back seat. "My grandfather was a big churchgoer, and on Sunday morning the radio was on the gospel station," she said. "He wasn't going to play R&B, he wasn't going to play blues, he wasn't going to play other stuff on Sunday morning because they considered Sunday to be a holy day, and Sunday was the day that we gave to the Lord. If we couldn't go to church, we still weren't going to listen to no blues or R&B or anything like that."

There was also plenty of singing at home and in the community, a legacy going back at least as far as the women's grandfather, Miles Pratcher. He was a guitar player who liked to host jam sessions on the porch with neighbors like bluesman Mississippi Fred McDowell, and who, in 1959, was captured on tape by traveling folklorist Alan Lomax. And there was always music at the Mt. Moriah C.M.E. Church.

"That's how we learned the old songs," said Ester Mae Wilbourn. "We sang traditional songs, as children, singing in the church with those elders."

That raw a cappella gospel is what Daptone Records captured when it recorded Daniels and Wilbourn, along with Daniels' younger sister Angelia Taylor, as the Como Mamas - first for the 2008 compilation Como Now and then in 2013 for Get An Understanding, the lifelong singing partners' first album as a trio. On May 19, with the support of the nonprofit Music Makers Relief Foundation, the Como Mamas return with Move Upstairs, another collection of soul-stirring praise music married, this time, to the kind of electric rhythms that came in through that makeshift antenna so long ago.

Daptone house musicians Jimmy Hill, Thomas Brenneck, Homer Steinweiss and Daptone label founder Gabriel "Bosco Mann" Roth support the Como Mamas on Move Upstairs as the Glorifiers, an apt name: They raise up the women's voices, providing a powerful but subtle foundation, but never overstepping into the spotlight. On the title track, the band whomps along under the vocal declarations, like a congregation's response to the preacher's call; on the rumbling "Count Your Blessings," organist Jimmy Hill – a one-time Wilson Pickett sideman – keeps up a running commentary of slinky soul-organ riffs that make the tune swagger with spiritual satisfaction. The sharp, slow drum beats on the showstopper "Out Of The Wilderness" snaps behind Ester Mae Wilbourn's fierce and formidable growl like a series of exclamation points.

"Gospel songs to me always would have a feeling of making you know what they're talking about," Wilbourn said. "Jesus Christ let you know that whatever situation you were in, or you were going through, the gospel songs always would inspire you to make you feel good, to know that singing about Jesus, even when we were out in the cotton field, struggling, a lot of the songs let you know that everything is going to be all right." Soul and blues can do that, too, she said; it all can amplify faith and joy.

"All songs carry the message," she said. "All types of music, it's got a message. Even back in the day, like B.B. King and Muddy Waters. The songs they sing, to me, they're songs about life."