Accessibility links
New Hampshire State Lawmaker Accused Of Online Misogyny Faces Expulsion Rep. Robert Fisher has been linked to an online alias that posted comments such as "every woman wants to be attractive enough to be raped." 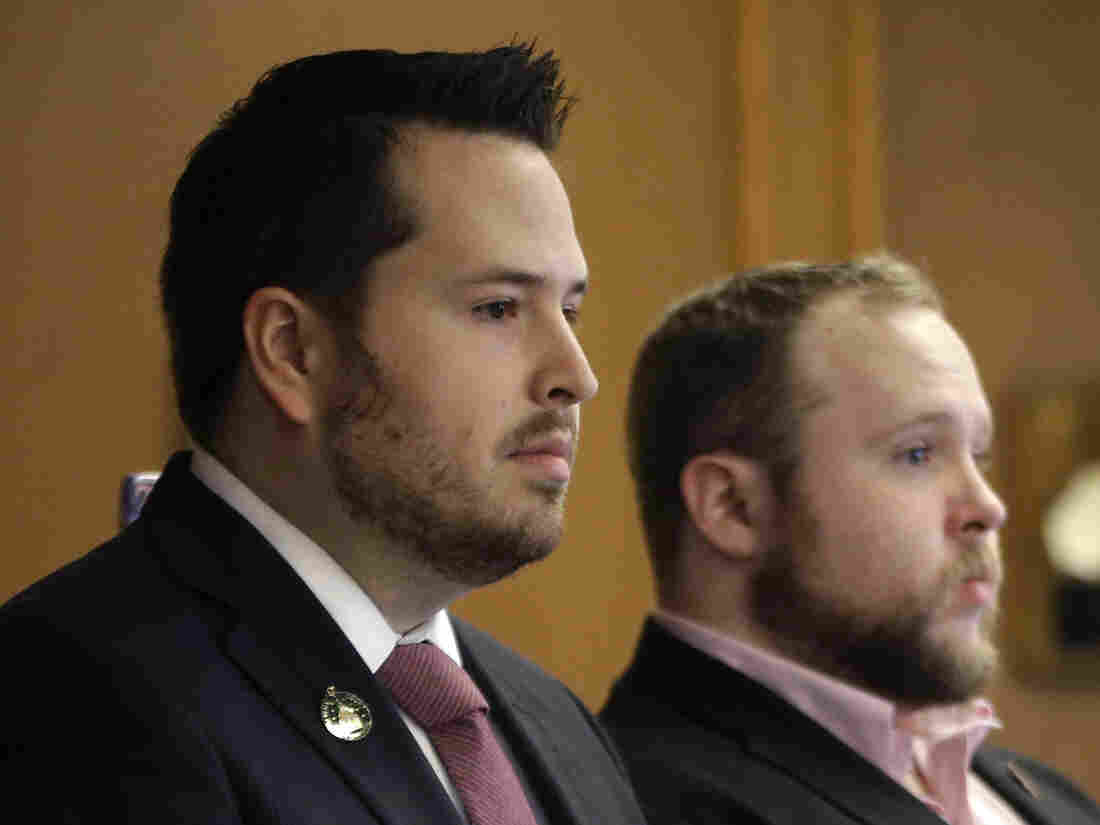 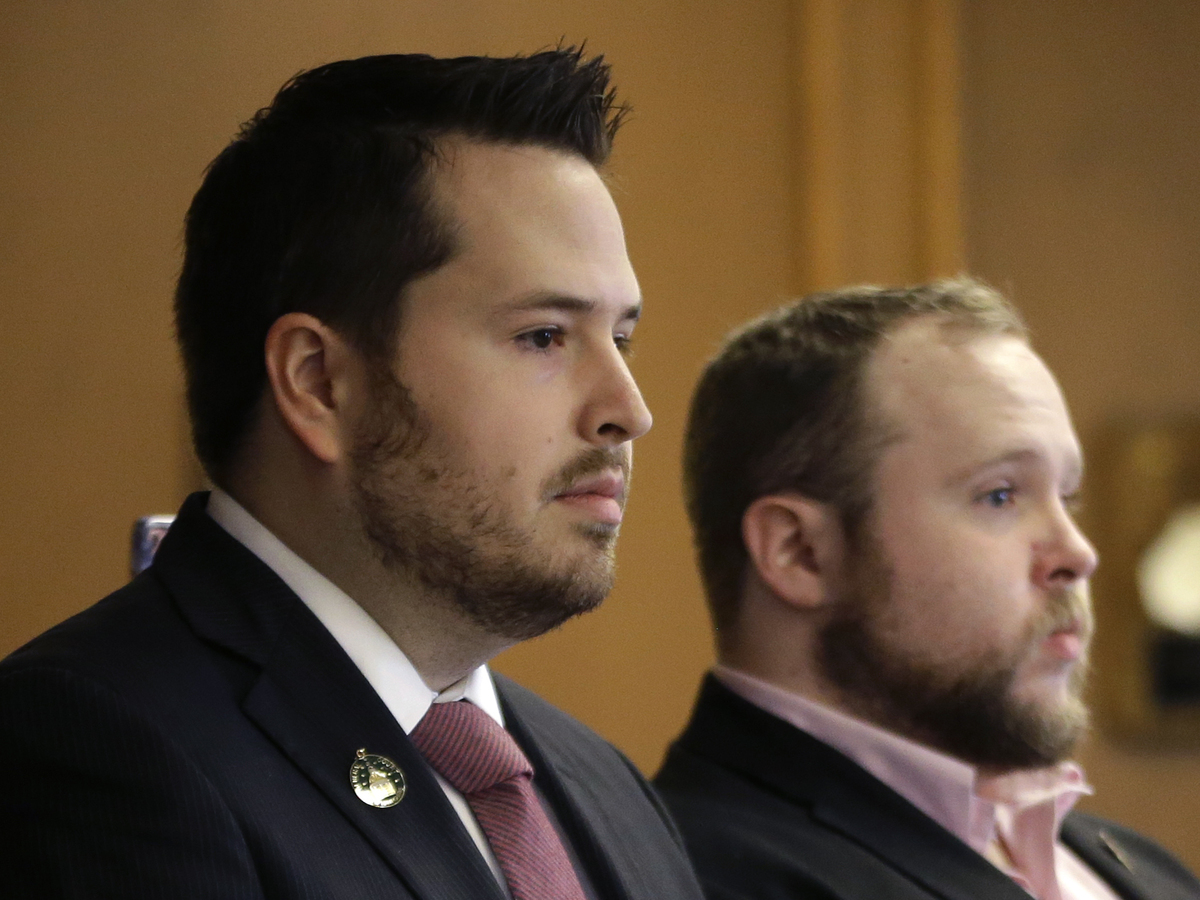 The New Hampshire state Legislature is deciding whether to discipline one of its members for his role in setting up a misogynistic online forum.

Two-term Republican Rep. Robert Fisher, 31, was identified last month by The Daily Beast as the creator of the Reddit community The Red Pill, which champions so-called "pickup artists" and blames feminism for societal woes. (The forum takes its name from a scene in the 1999 film The Matrix in which Keanu Reeves' character, Neo, is offered a choice between a red pill, which represents reality, and a blue pill, which represents illusion.)

Testifying before a state House committee Tuesday, Fisher argued that his online statements revealed by the Daily Beast investigation — including comments deriding women's intelligence, detailing ways for men to dodge rape accusations and questioning whether rape itself was wholly bad — have been misreported and misconstrued.

He has never "hated women," Fisher assured the Legislative Administration Committee and criticized the journalism that brought his comments to light.

"A lot of convenient reporting, to play into partisan politics, and I'm disappointed that's where it's gone," he said. "But I'm more than happy to get back to work and concentrate on what matters, not wasting everyone's time on this." 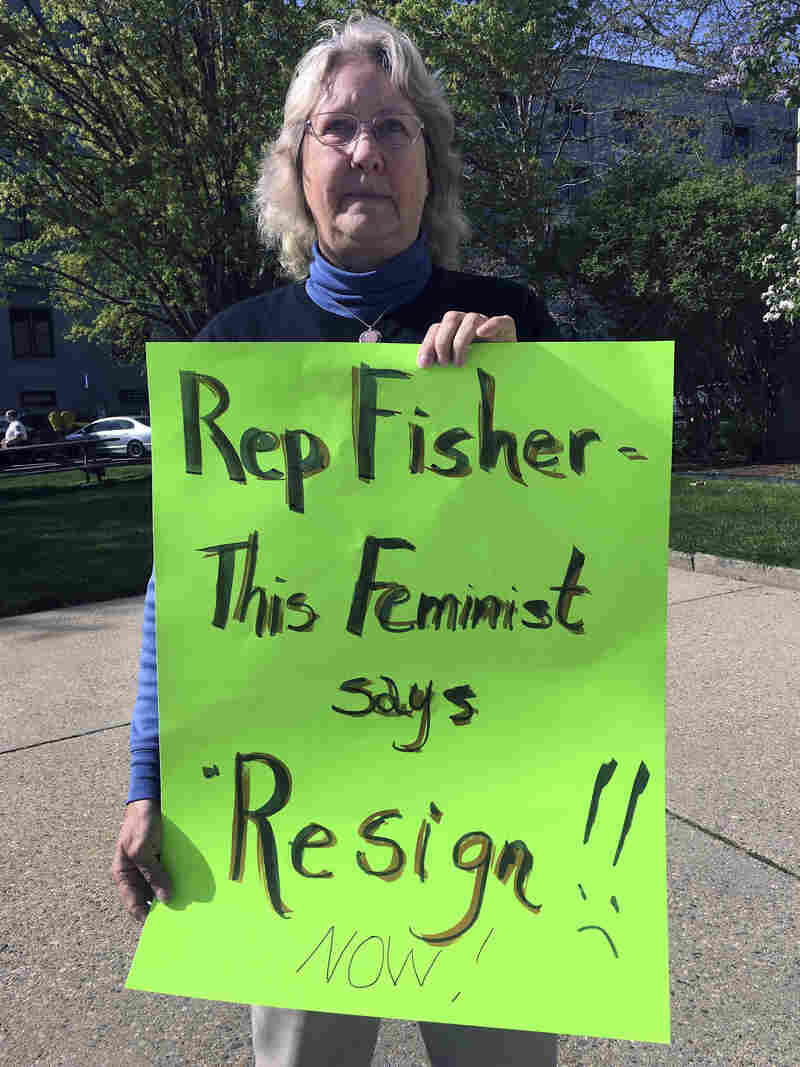 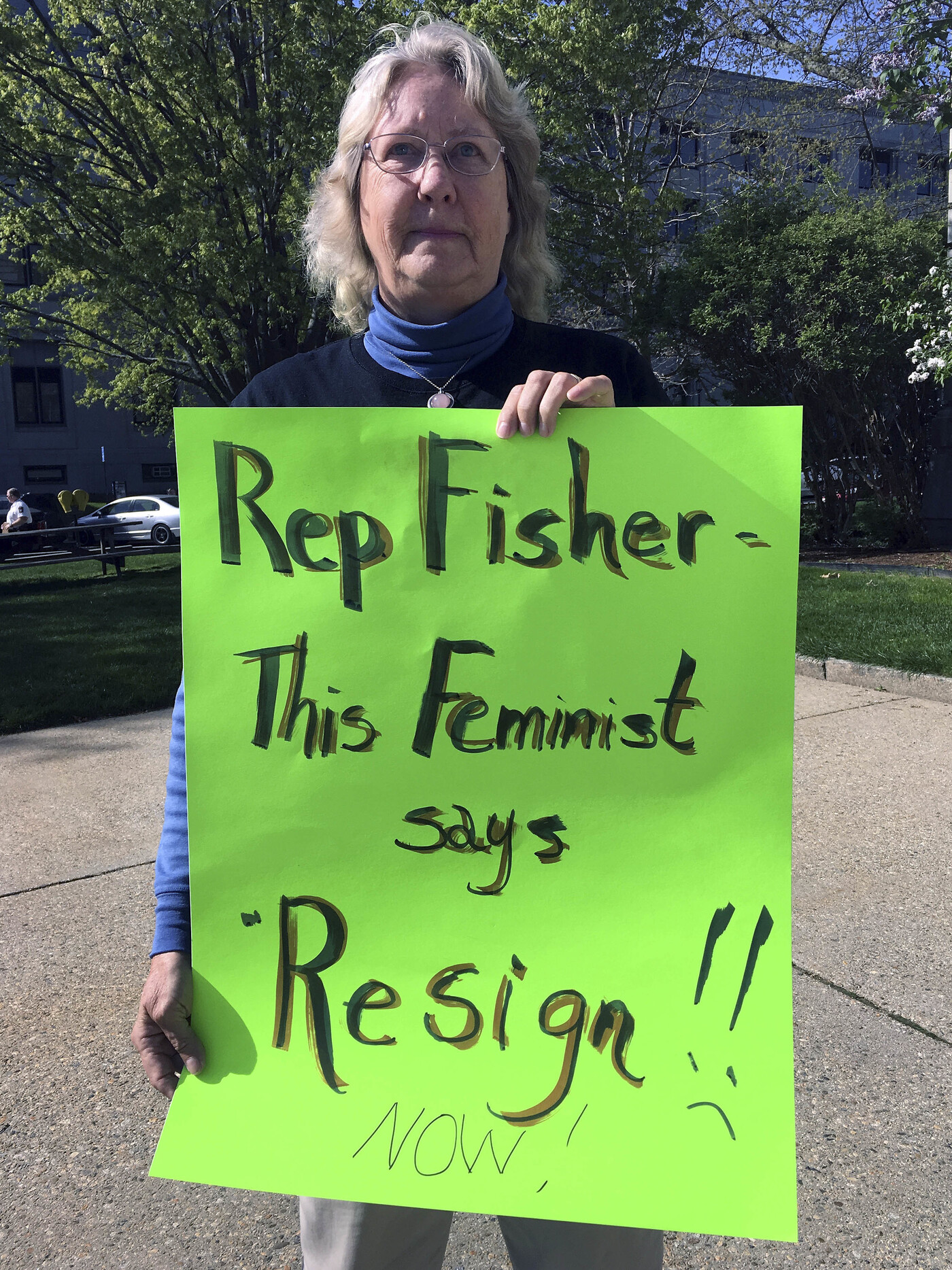 Citing a work obligation, Fisher left about halfway through the two-hour public hearing. But he was in the room to witness plenty of testimony from his fellow lawmakers and private citizens, all of it negative and some of it sweeping.

Democratic state Rep. Debra Altschiller, who works with an organization that supports survivors of domestic and sexual violence, cast Fisher as a particularly glaring example of the misogyny she says is too common in the state Capitol.

"I am here today to not only assert that Rep. Fisher not only contributes to that rape culture that we experience here in the House but he is a purveyor of rape culture in our state and in our nation," Altschiller said. "It is our responsibility to work with vigilance in this body to eradicate this vile scourge from our ranks and from our state."

Most of the lawmakers and citizens who testified against Fisher were women. But Concord, N.H., resident Brian Harlow told the committee what struck him about Fisher was a certain coldness.

"I didn't see or hear any contrition," he said. "I saw no empathy. I saw no compassion."

The Legislative Administration Committee must now choose among four disciplinary options: no action, reprimand, censure and expulsion — and make a recommendation to the full House.

Fisher has rejected calls for his resignation, including from Gov. Chris Sununu. As he left Tuesday's hearing, Fisher told reporters he was confident, saying, "I believe that this hearing has been fair, and I believe the truth will be decided, found."

The committee has until next week to make a recommendation. The state House will vote on the committee's decision June 1.