Accessibility links
William Barber, Chief Of North Carolina NAACP, To Step Down Barber organized the "Moral Mondays" protest movement and fought fiercely for voting rights as well as gay and transgender issues in the state.

A Fiery Force For The Left, North Carolina NAACP Chief William Barber To Step Down

A Fiery Force For The Left, North Carolina NAACP Chief William Barber To Step Down 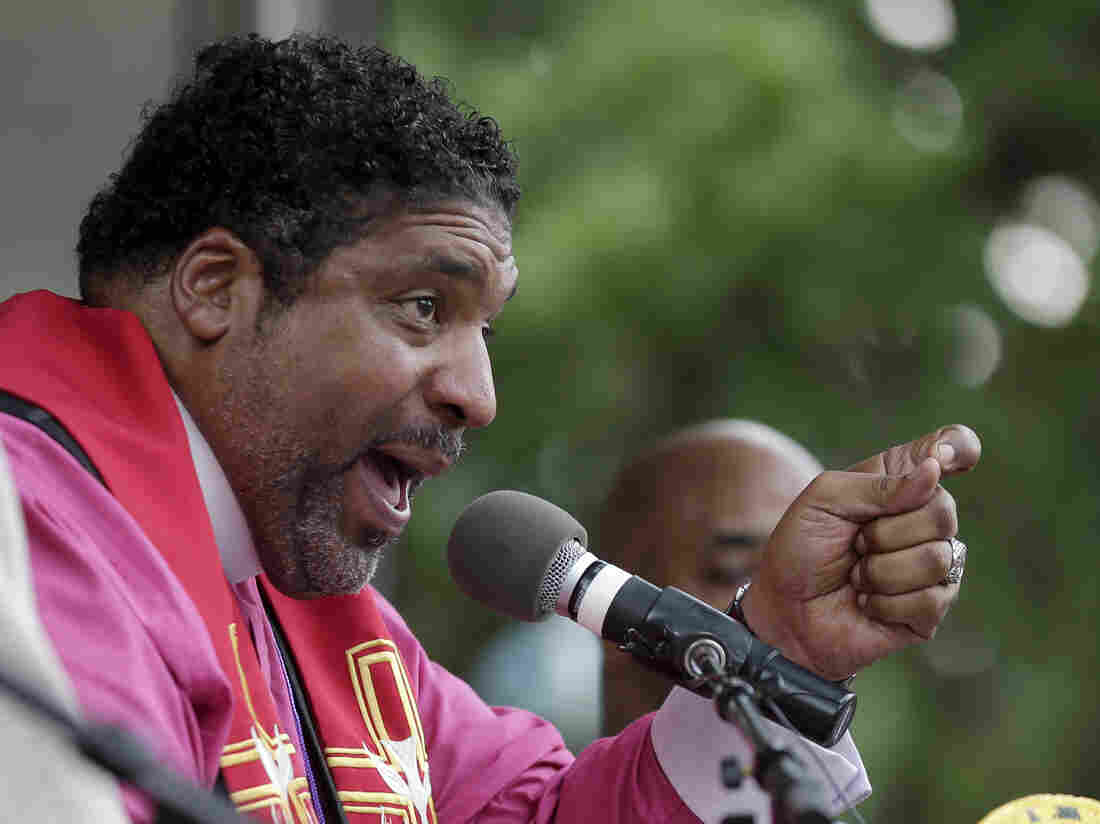 Rev. William Barber speaks to a crowd at a rally in Winston-Salem, N.C., in 2015 after the beginning of a federal voting rights trial. Chuck Burton/AP hide caption 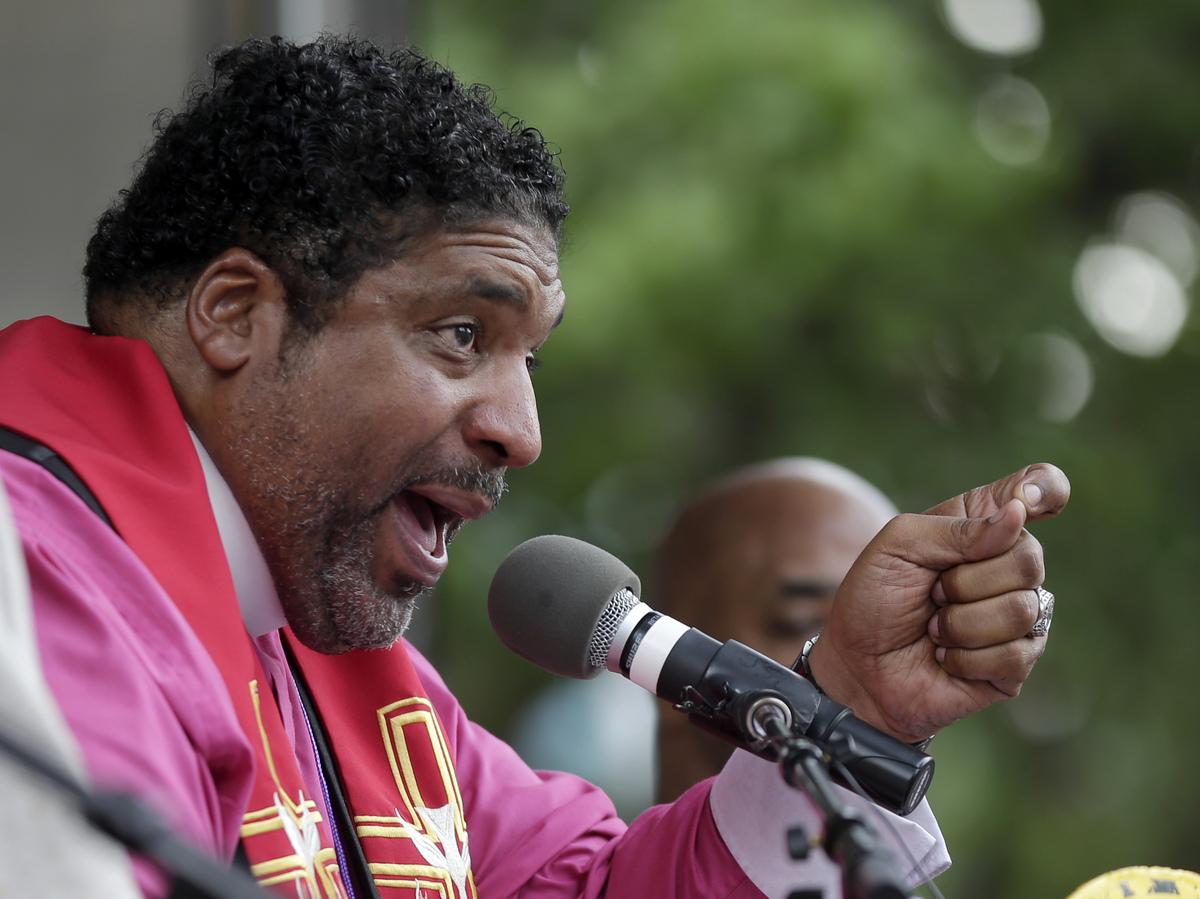 Rev. William Barber speaks to a crowd at a rally in Winston-Salem, N.C., in 2015 after the beginning of a federal voting rights trial.

North Carolina NAACP President William Barber, a liberal force against the state's attempts to limit voting rights and ban gay marriage, will step down from the organization next month.

Barber, who was elected to the position in 2005, organized weekly "Moral Mondays" protests, calling on supporters to take a moral stand for a wide range of issues including voting rights, higher wages, gun control and President Trump's immigration ban.

The protests grew to draw thousands of progressive supporters and led to arrests from time to time.

He also fought the state's controversial bill to prohibit transgender people from using the bathroom that fit their gender identity.

Last summer, Barber took the stage at the Democratic National Convention with a rousing speech calling for issues to be looked at not as "left vs. right or liberal vs. conservative" but "right vs. wrong."

He has recently spoken out against President Trump, telling NPR in January he was "deeply troubled by the moral inconsistency and the moral trouble that we have in this country."

"Fifty years ago, Dr. Martin Luther King called for a radical 'revolution of values' inviting a divided nation to stand against the evils of militarism, racism, and economic injustice," Barber said in a statement. "In the spirit of the Poor People's Campaign of 1967/68, we are calling for a national moral revival and for fusion coalitions in every state to come together and advance a moral agenda."

He will also continue to serve as pastor of Greenleaf Christian Church in Goldsboro, N.C. and stay on the board of the state's NAACP, the organization said.