Accessibility links
Rhiannon Giddens Speaks For The Silenced Giddens' Freedom Highway is an exploration of African-American experiences accompanied by the banjo, with "a sound, that deepness, that quality is what people associated with American music." 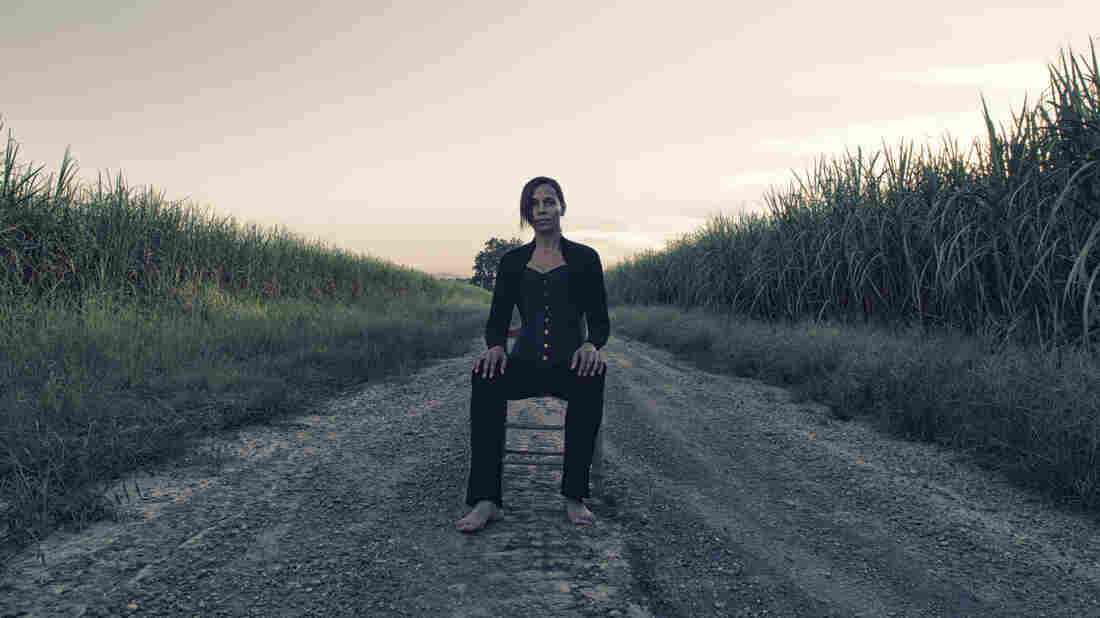 "This instrument right here, born in Africa, but then made in America and then altered by white America — that's the story of so much of our music," Rhiannon Giddens says of the banjo. John Peets/Courtesy of the artist hide caption 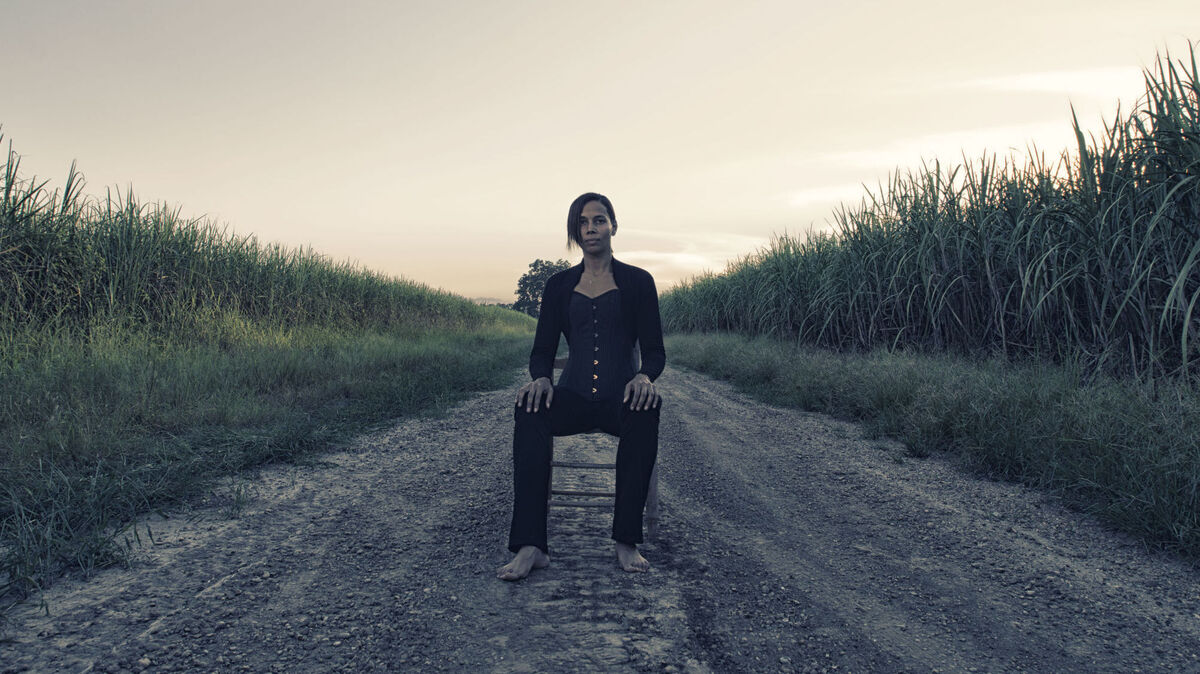 "This instrument right here, born in Africa, but then made in America and then altered by white America — that's the story of so much of our music," Rhiannon Giddens says of the banjo.

Giddens notes that the modern banjo draws from the African instrument known as the akonting, which is made from a gourd. "In the first 100 years of its existence, the [American] banjo was known as a plantation instrument, as a black instrument," she says.

Giddens says the banjo seemed like the perfect fit for her album, which includes songs based on slave narratives, as well as a song she wrote in response to police shootings of young black men.

"Getting into the banjo and discovering that it was an African-American instrument, it totally turned on its head my idea of American music — and then, through that, American history," Giddens says.

Hear the full Fresh Air interview at the audio link, and read on for highlights.

On the deep sound of the "minstrel" banjo that she plays

When I first heard the minstrel banjo — I played a gourd first — I almost lost my mind. I was like, Oh, my god. And then I went to Africa, to the Gambia, and studied the akonting, which is an ancestor of the banjo, and just that connection to me was just immense ... the connection of that to the minstrel banjo, minstrelsy being the first American cultural export to the world. So this sound, that deepness, that quality is what people associated with American music.

This is the sound that I wanted to be associated with these songs, because this is what you would've heard. Whenever I play it, people are like, "What is that?" I'm like, "This is America, dude." This instrument right here, born in Africa, but then made in America and then altered by white America, that's the story of so much of our music. And it starts here — it's the first thing that people heard.

On her song "Better Get It Right The First Time," which addresses the issue of police violence against black men

I visited Sing Sing penitentiary in upstate New York as part of this Carnegie program where artists go in to work with prisoners, and it hit me like a blow. I've read all the books, I know the population of prisons, but to walk in there and to see so many black faces — the visceralness of that, the result of centuries of institutionalized discrimination, all of that.

So all of that was kind of swirling in the air, and I had gone down to Louisiana to start working on this record with my co-producer, Dirk Powell, at his studio ... and we were sitting there talking about this and how intense everything is and we just started writing this song, which turned out to be "Better Get It Right." ... We both agreed that it really needed a voice that was of now, and in a way that ours is and it isn't. So we knew we wanted my nephew Justin [Harrington] to be a part of it, because he's a rapper, and he's very, very opinionated in a beautiful way and just very angry about what's going on — and [we] wanted him to be a part of this statement, because it's his life.

On performing "Better Get It Right The First Time" in Dallas, Texas, days after 15-year-old Jordan Edwards was shot and killed by police

We were recently in Dallas with this show and it was just the most unbelievable thing. The exact thing that he raps about happened in Dallas like three or four days before we got there. This young man, straight-A student, went to this party with some of his friends and somebody called in underage drinking, so the cops were coming. So he and his friends leave in this car, he's in the passenger side, and this police officer takes a rifle and shoots after the car and kills this young man, shoots him in the head, and he dies.

It's like, doing that in that city in Dallas, three or four days after that happened and hearing the eeriness of my nephew rapping these words, it just — I don't even know. I couldn't even hardly get through the song, I just started crying.

And I really feel like one person can make a huge difference, if they just believe what their heart tells them. My mom's parents loving my dad and bringing him in. There was a lot of that going on. This is the middle of North Carolina in the '70s. They couldn't even get married in Greensboro. That's what I was told. They had to go to Winston to get married. This is three years after the Loving decision [which legalized interracial marriage], you know.

On how her parents' marriage interfered with her father's singing ambitions

He was a voice major. He still has a beautiful voice. But, you know, [he] had an opera-worthy baritone and ended up going into music education, and you know, when he married my mother I think that caused some problems for him with his teacher. It wasn't easy back then, it just wasn't. It caused him troubles with his teacher, with jobs, it was tough. It was tough for both of them. Just because it was legal didn't mean it was accepted, culturally or anywhere else. They definitely had hard times in the early years because of that. It just kind of blows me away, thinking about that.