Accessibility links
'Get Me Roger Stone' Profiles The Man Who's Wanted Trump To Run Since 1987 Documentarian Morgan Pehme says the political consultant cultivated Trump's candidacy for almost 30 years. "I think he believed from day one that Trump was a legitimate candidate." 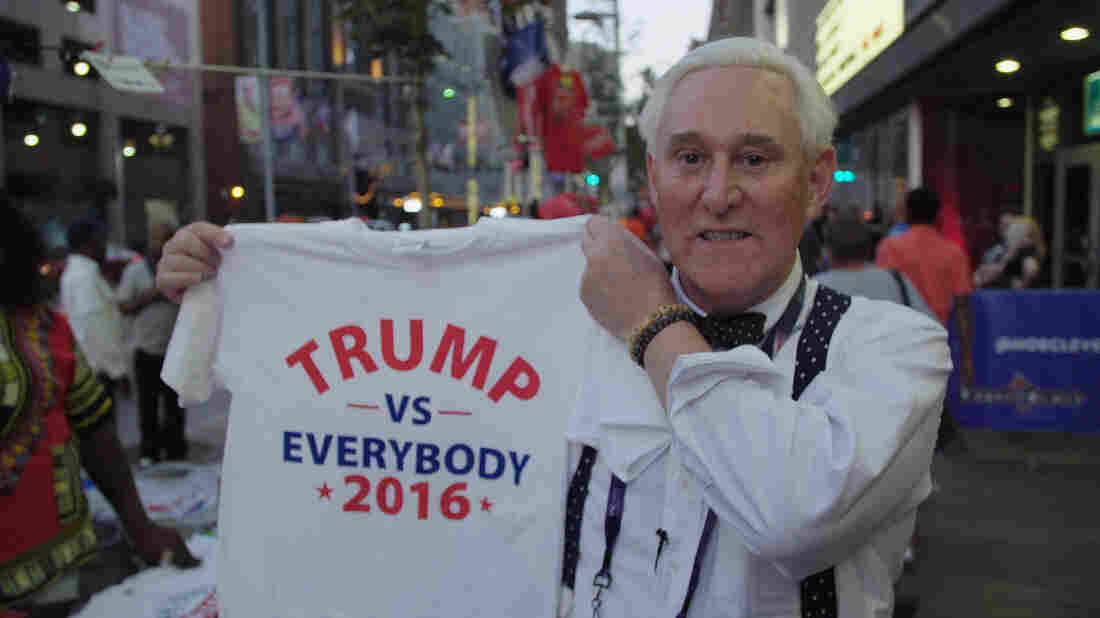 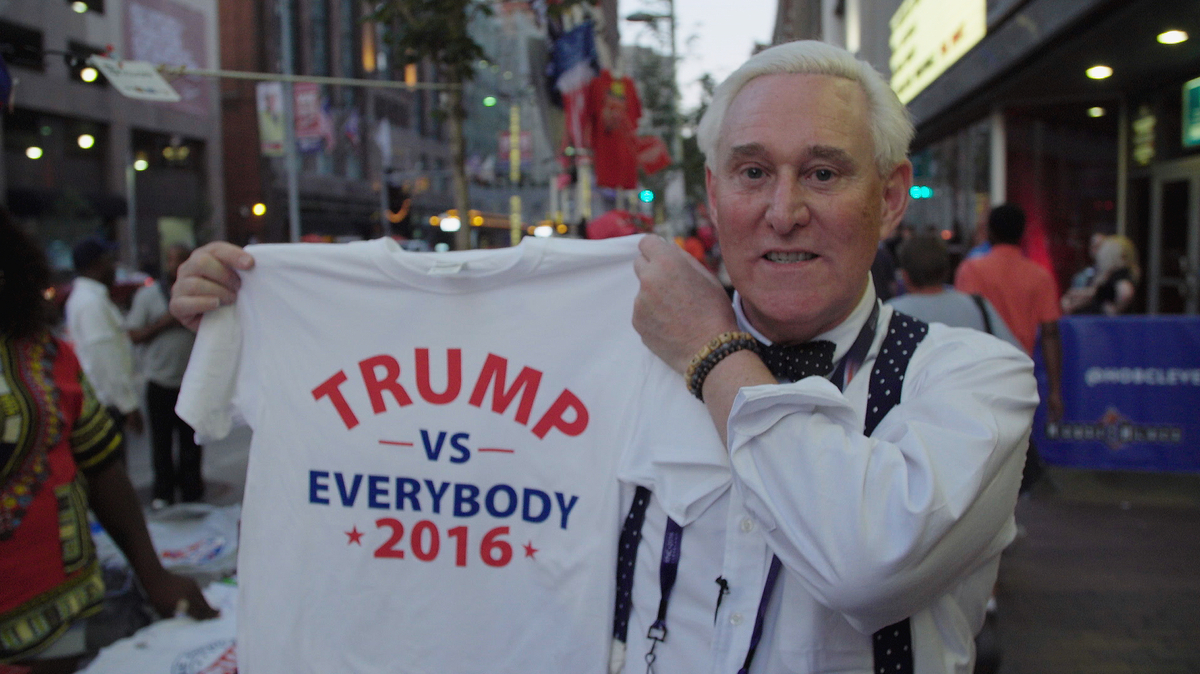 Roger Stone has been "indispensable ... to virtually every bigwig in Republican politics since Nixon," says filmmaker Morgan Pehme.

If you haven't heard of the self-described dirty trickster Roger Stone, you're missing out. For decades, he's worked as a political adviser to Donald Trump, and some credit him with getting Trump into the Oval Office. Daniel DiMauro, Dylan Bank and Morgan Pehme directed the new documentary Get Me Roger Stone.

"He was the very first person to suggest to Donald Trump that he should run for the presidency back in 1987," Pehme says. "And then he spent the next 29 years cultivating Trump's candidacy until he was ultimately triumphant."

But Stone has touched more than just one presidency. Pehme says his film is about "how indispensable Roger has been to virtually every bigwig in Republican politics since Nixon. Roger was the youngest person called before the Watergate grand jury when he was all of 19 years old. And president after president after president — and more so than any president, Donald Trump — have always said, 'Get me Roger Stone.' "

There were two things that really drew us to him. The first was that he embraces infamy. You know, there's a lot of people in politics who do horrible things, but they paper over their misdeeds and they try to come out absolutely pure.

He absolutely wears his infamy, and is only too happy to be the despicable villain that everybody hates.

Roger is the antithesis of that. He absolutely wears his infamy, and is only too happy to be the despicable villain that everybody hates. And so we thought that would make for a fascinating character to center a documentary on.

Roger is this malevolent Forrest Gump. When anything dark and sinister is happening in our politics, Roger inevitably is lurking in the shadows with some sort of relationship to the misdeeds that had been done.

On Stone's early and unwavering belief in Trump as a candidate

I think he believed from day one that Trump was a legitimate candidate. Now, certainly Trump's previous flirtations with running for the presidency — it's hard to look at them as anything other than publicity stunts. But Roger was always dead serious about the effectiveness that Trump could convey as a candidate.

The outsider image, that he was going to go in and he was going to smash the status quo in Washington; the successful businessman who would bring that type of acumen to the White House that was sorely missing in Washington; and then the larger-than-life charisma that Trump exemplifies. Those were, in Roger's mind, winning components. And for years, Roger was ridiculed, and we thought it was absolutely fanciful for the first many years that we spent with him that the idea that Trump could be a legitimate candidate. But Roger consistently sung the same tune and ultimately he was completely vindicated.

On whether Stone should get credit for getting Trump elected

Other people like the Steve Bannons, the Kellyanne Conways, they were essentially Johnny-come-latelies. They came in the final months and they got a whole bunch of credit for it, but they didn't lay the groundwork in the way that Roger had.

Other people like the Steve Bannons, the Kellyanne Conways, they were essentially Johnny-come-latelies. They came in the final months and they got a whole bunch of credit for it, but they didn't lay the groundwork the way that Roger had.

Those things are not only said about him, but I think that Roger himself would admit that most of those things are true. What we wanted to do was to give Roger the opportunity to tell his own story.

What was so interesting from our perspective was to see how Roger perceives the world — how Roger would answer to the fact that his megalobbying firm in the '80s was known as "The Torturers' Lobby" because they had a cottage industry in representing third-world dictators who were absolutely murderous, horrible, repugnant people. Roger is only too happy to say that, "I'm really happy with our lobbying company because we made a lot of money."