Accessibility links
Tiny And Defiant, Texas Town Launches Headfirst Into 'Show Me Your Papers' Debate El Cenizo, Texas is suing to overturn the new state law that allows local police officers to ask anyone they detain if they're in the country illegally. The city has a "safe haven" ordinance. 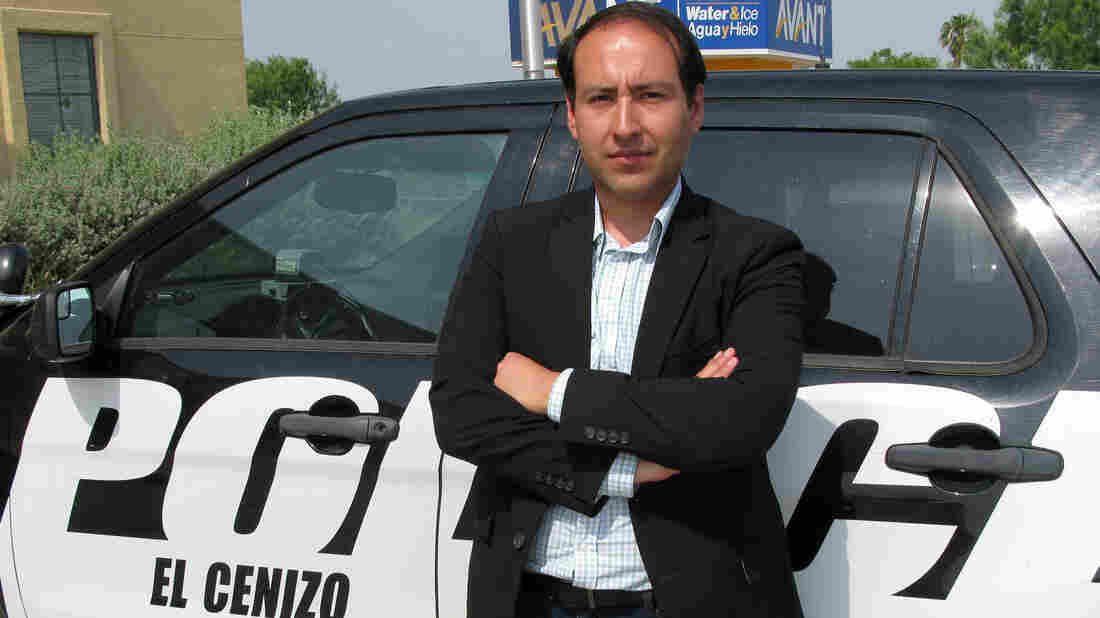 Raul Reyes is mayor of El Cenizo, a small Texas border town with five volunteer police officers. For years, the city was an impoverished colonia, without running water, paved streets or electricity. It was finally incorporated in 1989. John Burnett/NPR hide caption 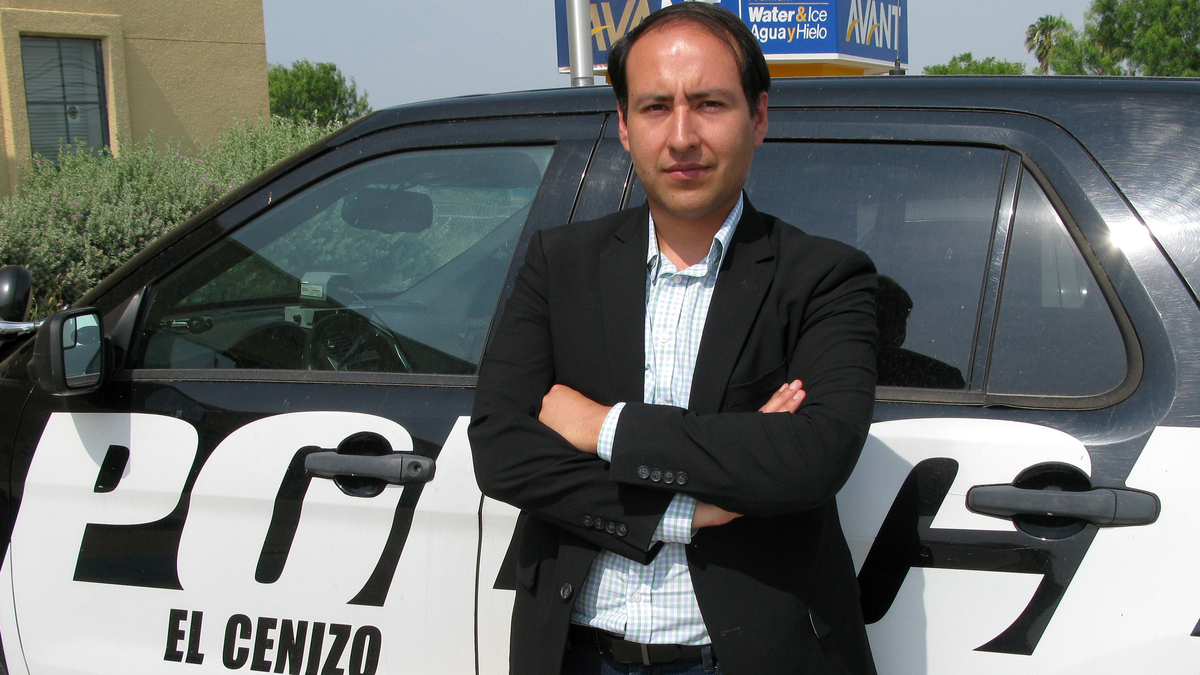 Raul Reyes is mayor of El Cenizo, a small Texas border town with five volunteer police officers. For years, the city was an impoverished colonia, without running water, paved streets or electricity. It was finally incorporated in 1989.

El Cenizo is a city that fought for its very existence. It's all of half a square mile, located on the twisting Rio Grande just east of Laredo. It has fewer than 4,000 residents and only eight city employees.

Many of El Cenizo's original residents came over from Mexico, some illegally. Mindful of its citizens, the fledgling city passed a "safe haven ordinance" 18 years ago that the city's mayor, Raul Reyes, says prohibits city officials from inquiring and disclosing the legal status of the people who live there.

"That's it. Simple as that," Reyes said.

But all these years later, it's not that simple.

In January, President Trump issued an executive order threatening to withhold federal funds from so-called sanctuary cities. It's now tied up in the courts.

On Sunday, Republican Texas Gov. Greg Abbott signed a controversial law that forbids local officials from following policies like the one in El Cenizo. Under the law, every peace officer in Texas must have the option of checking the immigration status of anyone they legally detain.

The law also punishes local officials for failing to hold jailed immigrants for federal immigration agents looking to deport them.

Abbott says the law — which goes into effect Sept. 1 — will get dangerous criminal immigrants off the streets.

"Citizens expect law enforcement officers to enforce the law, and citizens deserve lawbreakers to face legal consequences," Abbott said in a YouTube video released Sunday night. "Texans expect us to keep them safe and that is exactly what we are going to do by me signing this law."

El Cenizo, along with Maverick County, are plaintiffs in a lawsuit against the Texas law filed by the League of United Latin American Citizens. It argues that the state of Texas "may not commandeer" local officials to enforce federal law.

The Mexican American Legal Defense and Educational Fund expects to file a second lawsuit, arguing that the "show me your papers" law in Texas is unconstitutional.

Mayor Reyes vows his city will not rescind its safe haven ordinance. "If they want to throw me in jail, go ahead," he said. "I strongly believe in what we're doing."

El Cenizo has been on the hotseat before.

In 1999, when the city passed the safe haven ordinance, it approved another rule declaring that all city business would be conducted in Spanish, the lingua franca of the southern border. English-only advocates from across the country howled, but the ordinance still stands.

Reyes was in high school then. The popular 33-year-old mayor — who's about to get his Master's degree in public administration — is now in his seventh term. He insists that El Cenizo is not protecting unauthorized immigrants.

"The true reasoning behind this is because nobody should have to live in fear of the people who they expect to protect them and work for them," he said. That would be the El Cenizo Police Department, five volunteer officers who don their uniforms after work and on weekends.

The mayor says the little city is all for law and order. In fact, he supports construction of a border wall along El Cenizo's riverside, a favorite crossing point for human and drug smuggling.