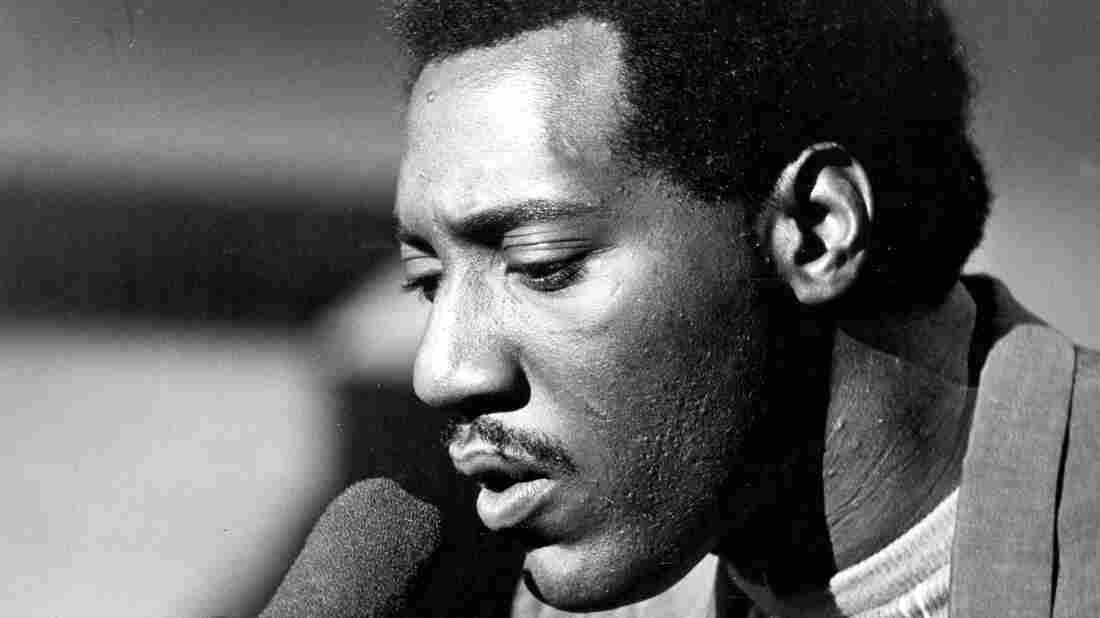 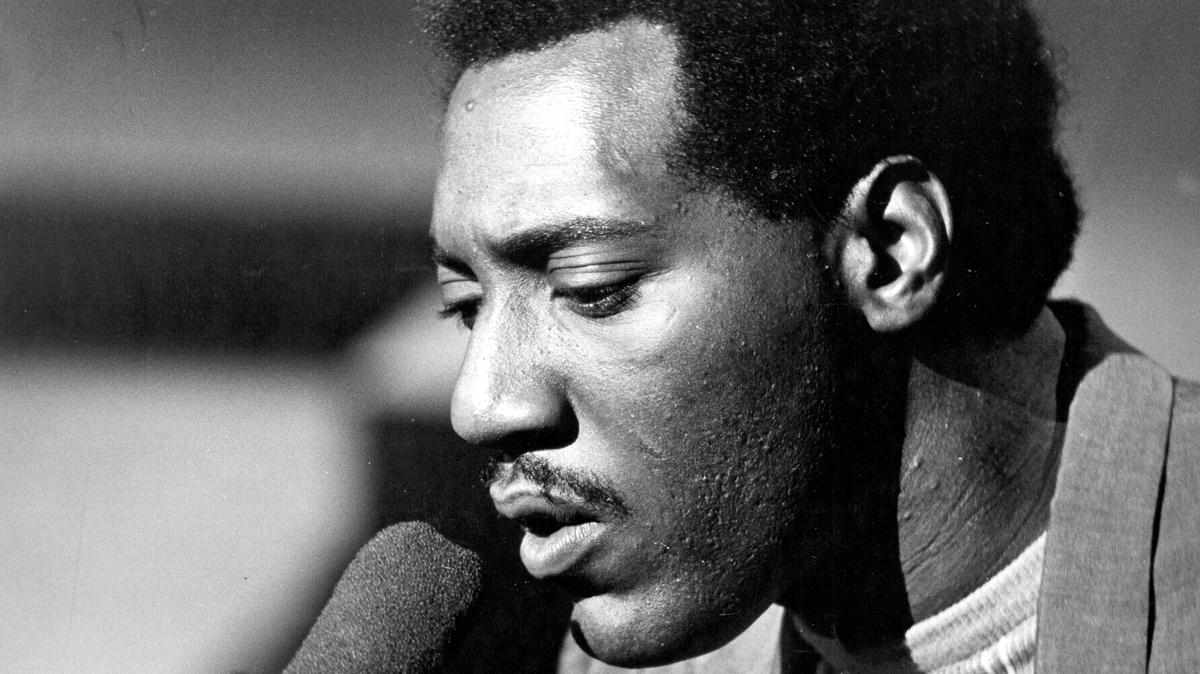 This year marks 50 years since Otis Redding died. He'd ignited the crowd at the Monterey Pop Festival in the summer of 1967; later that year, he and his band were en route to a show in Madison, Wisc., when their plane hit rough weather and crashed in an icy lake. Redding was 26 years old.

Half a century later, Redding's influence as a singer and spirit of soul music remains. Author Jonathan Gould, who's written a new biography called Otis Redding: An Unfinished Life, joined NPR's Scott Simon to discuss the singer's relatively short, yet profoundly impactful career. Hear their conversation at the audio link, and read on for an edited transcript.

Scott Simon: You open your book with the most stunning quote from Bob Weir, who had seen Otis Redding at Monterey.

Jonathan Gould: Bob Weir, of course, was the rhythm guitarist in the Grateful Dead, and his comment about Otis was that he was pretty sure that he had seen God onstage. I think that that sort of summed up the response of the whole crowd there, which had never really seen anything onstage quite like this.

How did Redding walk into the door of Stax Records in Memphis?

This is the Hollywood aspect of Otis' story. He was a singer in a band that was led by a very flamboyant guitarist named Johnny Jenkins. They were managed by the young white college boy in Macon [Ga.] who eventually went on to manage Otis as well — but at that time, the whole focus of Phil Walden, his future manager, was on Johnny Jenkins. And Phil and a colorful character named Joe Galkin engineered an opportunity for Johnny Jenkins and Otis Redding to record at Stax Records in Memphis. The plan called for Otis to drive Johnny to Memphis from Macon, and then hopefully to find a chance to sing after Johnny had finished his work there.

And the way the session played out was that Johnny impressed no one at Stax. After a few hours Jim Stewart, who was the owner and engineer at Stax, announced to Joe Galkin that he really didn't think that he was going to be able to make any kind of a record with this fellow. And Galkin pointed out that Atlantic Records had fronted a certain amount of money for this session and there was still time on the clock, and [he] said, "Well, Otis had a ballad that he wanted to sing." And the ballad turned out to be "These Arms Of Mine."

It's just a little slip of a song; it's all Otis. But because there's so little there, my sense is it gave him nothing but a feeling to work with, and he was able to just fill all the available space on that record with his voice.

Let me ask you about another song – it's identified more with Aretha Franklin, but "Respect" is an Otis Redding song, and he certainly made a hit out of it, too.

Well, "Respect" was an important record for Otis — his first really successful "groove song," as they called them at Stax. And, it's a remarkable record, in part because of the power of the band. But at the same time, Otis had developed an extraordinary ability as a horn arranger, and it was all the more impressive because Otis was a "head arranger." He would simply sing these horn lines to the horn players — make them up in his head and put them together in the studio.

This is what I'll refer to as a complex love song. He was on the road.

Yes indeed, Otis spent most of his life on the road. He was also enormously devoted to his wife, Zelma, and their children, who lived back in Macon. That said, he had innumerable liaisons with women on the road, and this made for a complicated situation in his life. And "Respect" is a little odd, because in some ways, he's sort of putting himself in the position of his wife rather than himself. But it's a song about the idea that when he comes home, he needs to be treated with respect, and what happens elsewhere — that's another matter.

I didn't know until your book came along that Bing Crosby had recorded a version of "Try A Little Tenderness" — written by Jimmy Campbell, Reg Connelly and Harry Woods — back in 1933. What did Otis Redding bring to this? Because I think of it as an Otis Redding song.

Well, I think everybody does. His cover of it was so revolutionary that I think from that point on it became his song. But it had been a Tin Pan Alley standard — everybody had recorded it. And it's a sentimental song, and what Otis did with it was he transformed it musically.

He begins by singing the song the way everybody sings it, as a slow ballad. And slowly, over the course of the opening verses, the instruments come in and the rhythmic intensity of the song starts to increase. Then, at a certain point, it moves from his original métier, which was the 12/8 ballad, into a ferocious, 4/4, stomping groove. And at that point, of course, the whole tenor of the lyrics change. It's a song about tenderness, but there's nothing tender about the way Otis sings the last few verses of the song.

Finally, as we're looking at Otis Redding's development as a singer, there's "(Sittin' On) The Dock Of The Bay." Did he really write it on the dock of a bay? 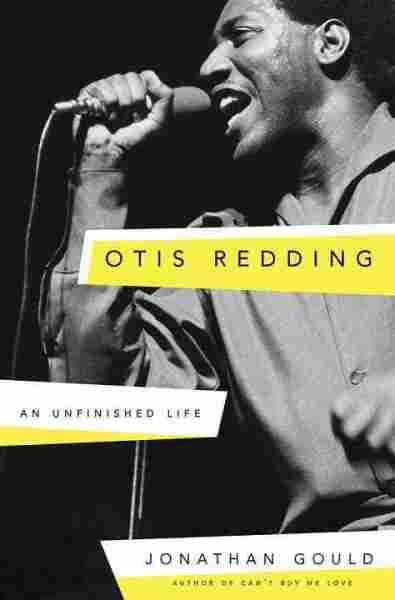 There's great melancholy in this song, in lines like "Cause I've had nothing to live for / Looks like nothing's gonna come my way." But there's also a sense of peace and acceptance.

It's a very complicated song. It's about many things. The odd thing about the song is that at the time he wrote [it], Otis had everything to live for. He had not reached some kind of a dead end in his life. On the contrary, he was on the cusp of a new kind of musical success – and, I truly believe, a new kind of commercial success, also. It's a strange reflection on a moment in his life, in that way.

Yeah, and it is that. It only adds to the question that hangs over his whole career and his whole life, which is what might have been, where he might have gone. And, of course, that's the premonition that lies in "(Sittin' On) The Dock Of The Bay."