Accessibility links
Chicano Art Wields A Sharper Political Edge In Post-Election California Artists are responding to Trump administration efforts to peel back civil rights enforcement and crack down on illegal immigration. One scholar says it marks a return to the roots of Chicano art. 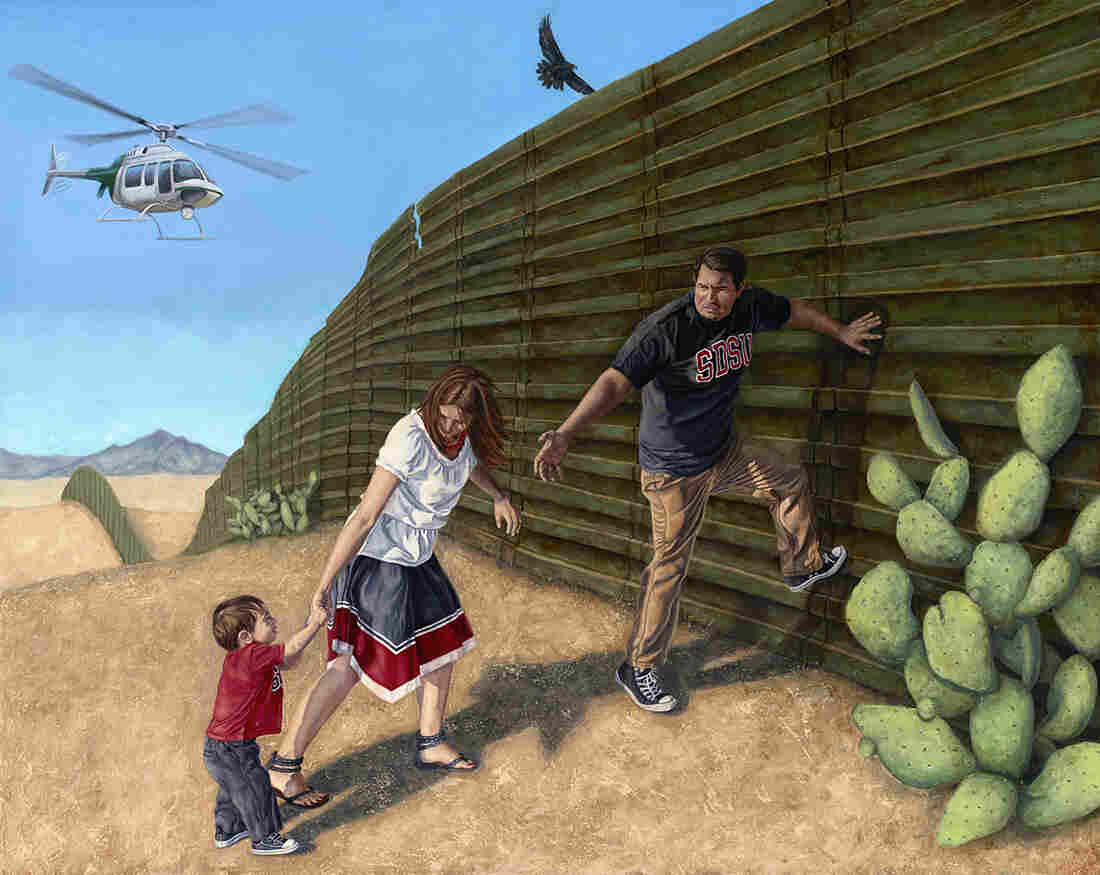 In Search of a New Home is part of Eric Almanza's series of oil paintings depicting the border wall with Mexico. Courtesy of Eric Almanza hide caption 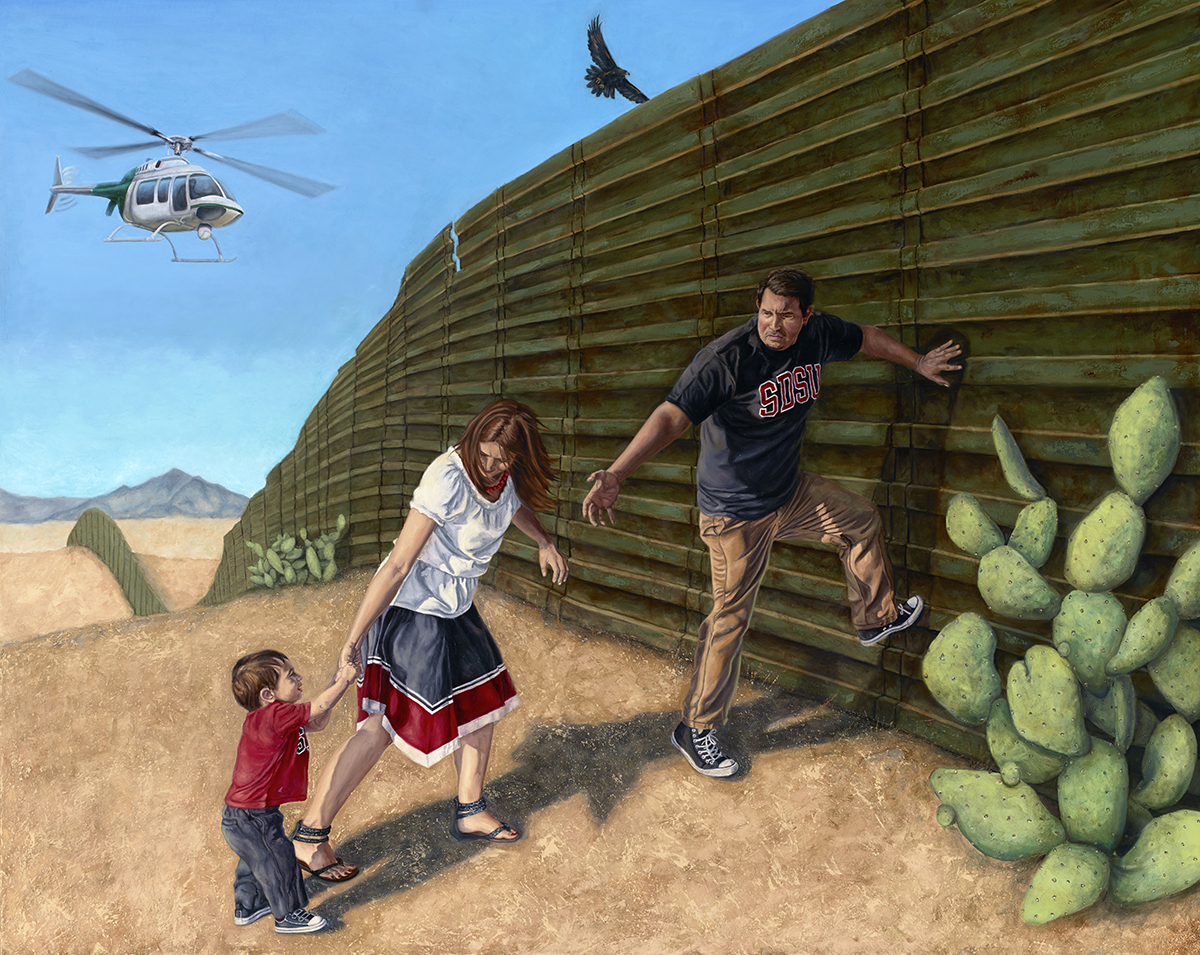 In Search of a New Home is part of Eric Almanza's series of oil paintings depicting the border wall with Mexico.

Chicano art never really went out of style in California; it was born during the political foment of the 1960s and '70s, and it's bubbled along since then for decades. Now there's a new wave of the genre, one that's taken on a fiercer political edge since November.

In LA, for example, there's a group show opening called "Art As Resistance: Paintings in Protest to a Trump Presidency." It's the brainchild of Eric Almanza, a figurative painter and high school art teacher. Almanza's contribution to the show is the latest in a series of oil paintings he's produced depicting the border wall with Mexico. It shows the wall on fire and graffitied with the words "f - - - your wall" next to a curious symbol: a circular dream catcher with a triangle in the center that looks a bit like the "Triforce" from the Japanese video game series Legend of Zelda. "Because every great resistance needs some kind of logo," Almanza says. He calls the painting With This Fire, a Rebellion Will Rise.

Almanza is one of a growing number of Chicano artists responding to Trump administration efforts to peel back civil rights enforcement and crack down on illegal immigration, with a heavy emphasis on Latino immigration. "About four years ago, I started working on this narrative of this post-apocalyptic, 21st century society," Almanza says. "I always imagined it would take place 50 years from now, but it almost seems like time has fast-forwarded."

Chicano art has tackled political topics from the beginning, starting with the grape boycott of the 1960s and '70s and the Vietnam War. "It is an art that was made alongside of a movement for civil rights," says Judith Baca, a visual artist and Chicano studies professor at UCLA. "So some of the most powerful images came about ... farm-working conditions in the Central Valley in California; artworks that spoke about inner-city struggle with the police; artworks that articulated stories and histories that had been forgotten and not spoken about, or taught in the schools." 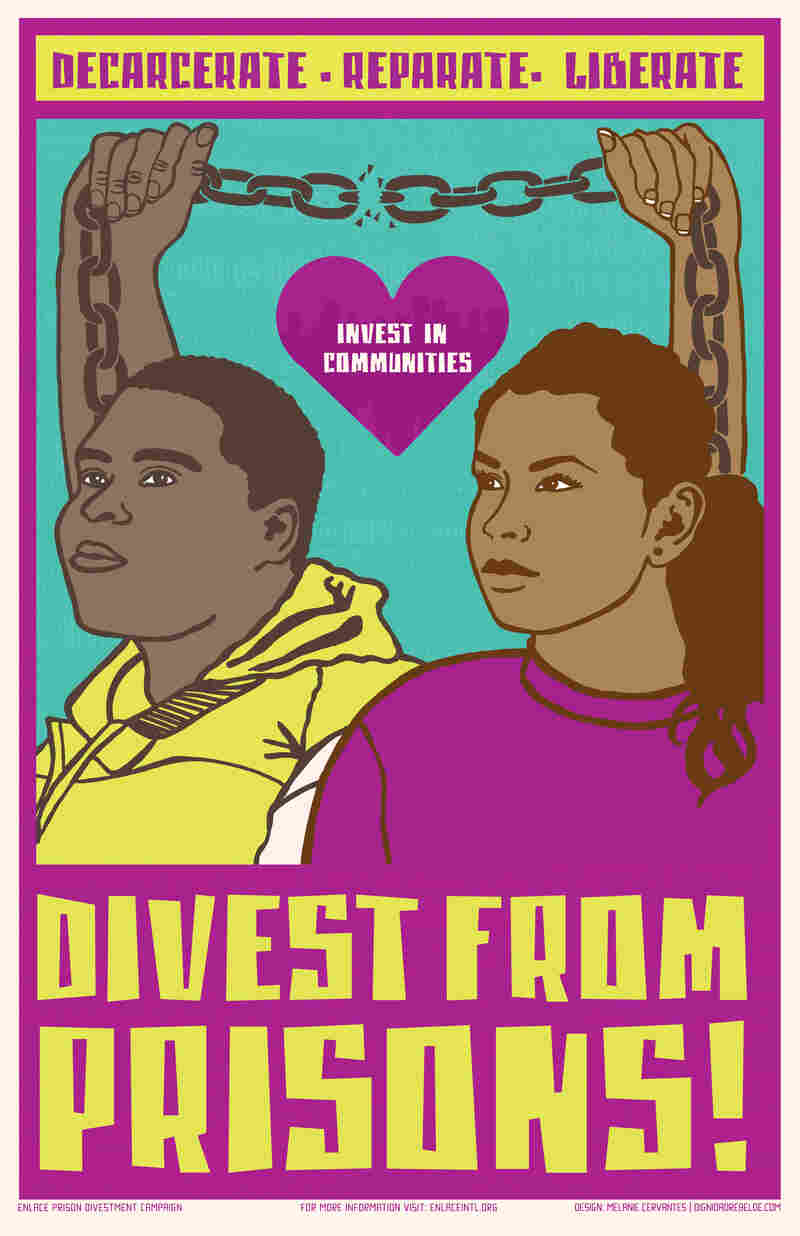 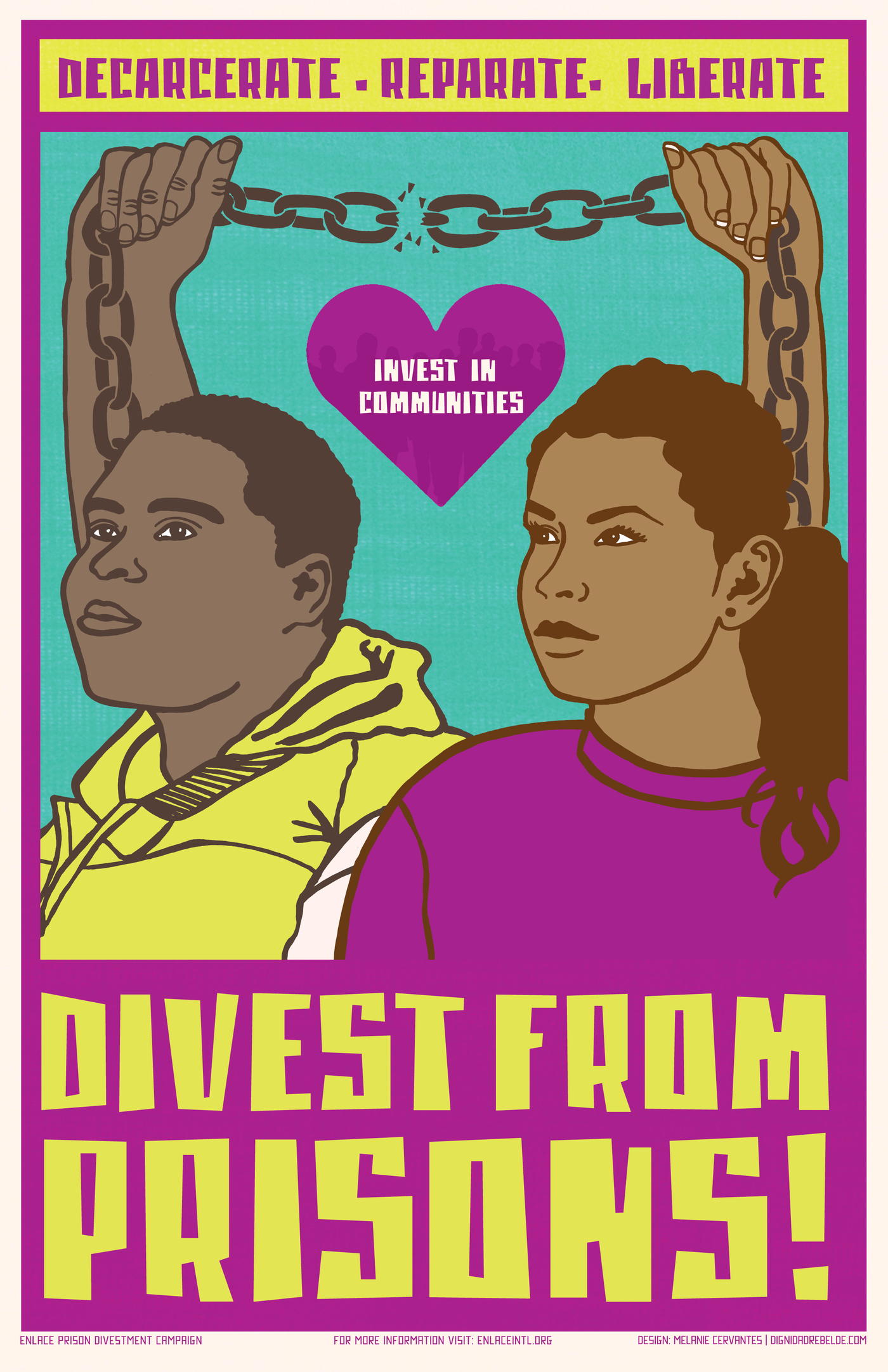 That art came in the form of oil paintings and sculpture, but also music, theater and agitprop posters for use at protest marches — posters that are also enjoying a renaissance of sorts. At any number of protests around the world, you'll see people carrying posters designed or distributed by Dignidad Rebelde, the Oakland graphic arts collective Melanie Cervantes runs with her partner. "We have to have it everywhere," Cervantes says, "and we need more people doing it, because that is its power."

Dignidad Rebelde follows in a long line of Chicano graphic art collectives that also teach people how to do it themselves. When Cervantes gets invited to teach screen printing workshops at universities and community centers around the country, she makes a point of mixing in Chicano history and art history with her discussion of technique.

"Sometimes it's just connecting the dots a little bit better for folks to see that our struggles have many fronts," she says.

For Judith Baca, Almanza and Cervantes' work marks a welcome return to the political roots of Chicano art after decades of trying to win recognition from art critics and museums.

"Chicano is about resistance and affirmation of a culture," she says. "And I think it's giving many young artists purpose again and a kind of focus for their work."

Old and new Chicano artwork is being shown at museums and galleries across California this year, but the biggest exhibition of all will be "Pacific Standard Time: LA/LA," a massive, multi-institution blowout organized by the Getty.