Accessibility links
President Trump Fired James Comey And Is Now Searching For A New Permanent Head Of The FBI The White House is moving swiftly to fill the vacancy left by sacked FBI Director James Comey. President Donald Trump told reporters he may find a replacement by the end of the coming week.

Aboard a short flight on Air Force One Saturday, President Donald Trump told reporters he could find a new leader to fill the vacancy left by sacked FBI Director James Comey by this Friday, when he leaves on his first foreign trip since taking office. 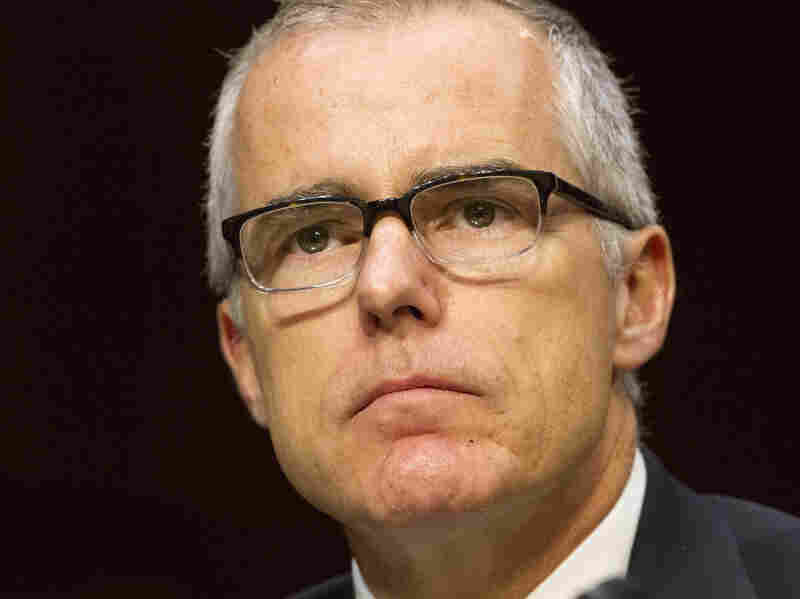 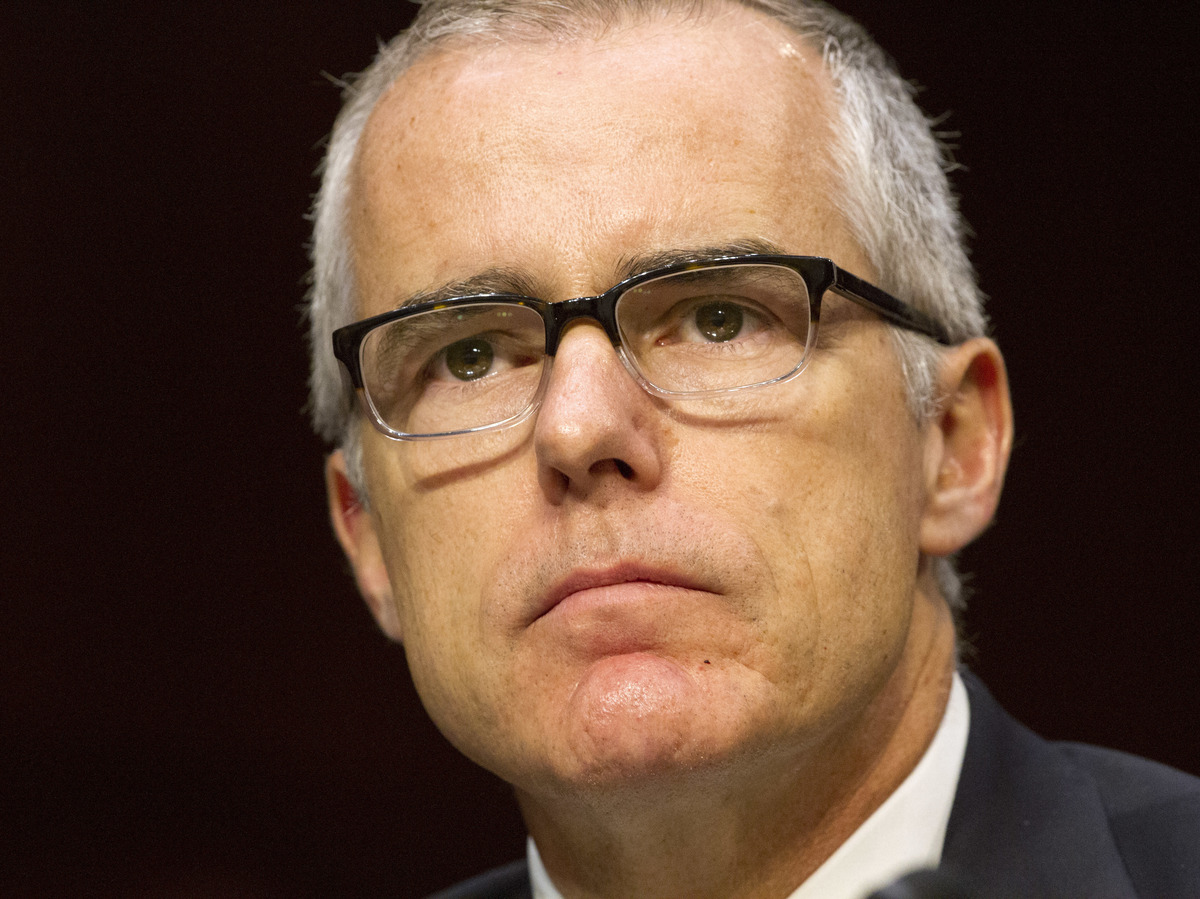 After comments that the administration intends to move "very quickly" on the process, a reporter in the White House press pool asked the president if that could mean finding a permanent replacement to spearhead the agency by the end of the week. His response: "Even that is possible."

At least eight candidates met with Attorney General Jeff Sessions and Deputy Attorney General Rod Rosenstein Saturday, including Andrew McCabe, the acting FBI director. McCabe testified before the Senate Intelligence Committee earlier this week. In his testimony he defended his former boss, contradicting assertions by administration officials and Trump that Comey had lost the confidence of the FBI's rank-and-file.

The committee is investigating Russia's interference in the 2016 presidential election and any potential connections between Russia, the Trump campaign and some of the campaign's top aides.

In addition to McCabe, Alice Fisher, a partner at the law firm Latham and Watkins, is also up for the job at the helm of the federal investigatory agency. Fisher previously served as assistant attorney general during the George W. Bush administration where she was in charge of the Justice Department's Criminal Division.

A profile of Fisher on the firm's website says her expertise lies in "international criminal matters relating to alleged bribery under the Foreign Corrupt Practices Act (FCPA) and other anti-corruption laws, economic and export sanctions, and other cross border investigations." 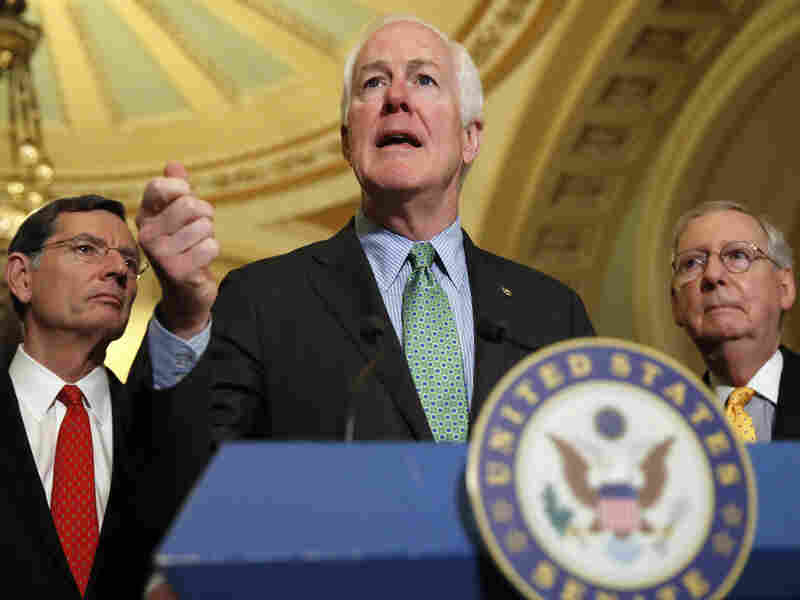 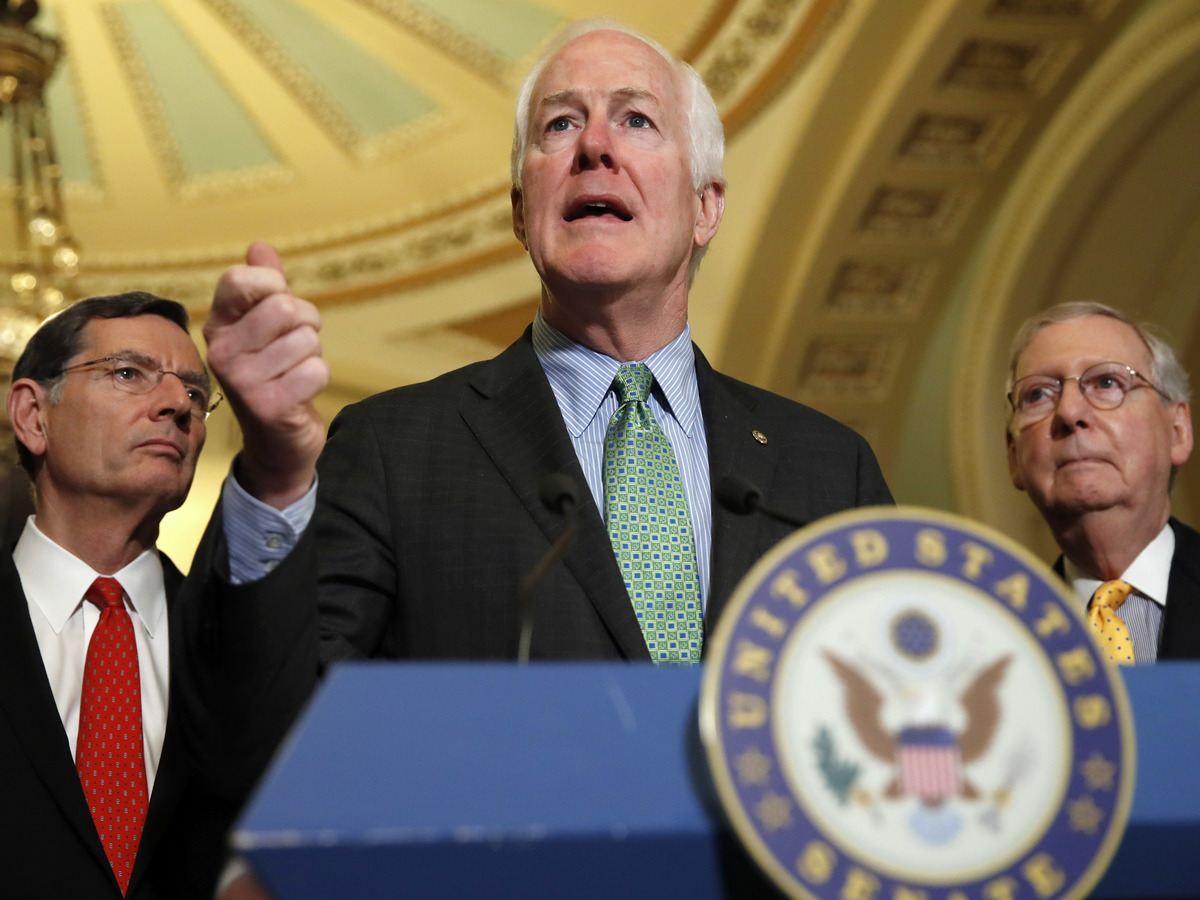 Judge Michael Garcia, an associate judge on New York's highest state court, also met with Sessions and Rosenstein. Garcia was the U.S. attorney for the Southern District of New York from 2005-2008. Before that, he was the assistant secretary for Immigration and Customs Enforcement, appointed by President George W. Bush.

Sen. John Cornyn, R-Texas, the current Senate majority whip and former attorney general of Texas, is another contender who was interviewed Saturday to replace Comey. Cornyn was elected to the Senate in 2002 and also sits on the Senate Intelligence Committee.

Former Rep. Mike Rogers, R-Mich., who chaired the House Intelligence Committee while in Congress, also met with Sessions and Rosenstein. Rogers is also a former FBI special agent and he was endorsed by the FBI Agents Association in a statement released Saturday. The group urged Trump to nominate Rogers as the next FBI director, saying it is "essential" that the next leader of the agency "understands the details of how Agents do their important work." "During his time in Congress," the group added, Rogers "showed a commitment to confronting threats to our country in a nonpartisan and collaborative manner."

If either Fisher or Townsend was confirmed by the Senate, it would be the first time the FBI would be led by a woman.

These eight interviews are not exhaustive and are just the start of the process. Trump also told reporters Saturday that all of the candidates under consideration are "outstanding," "very well-known" and at the "highest level."

The search continues for an interim director of the FBI who will lead the agency until Comey's permanent replacement is confirmed by the Senate. That search is proceeding on a separate track with another pool of candidates that includes Special Agent Lee.