Accessibility links
'Auntie' Maxine Waters Is No Fan Of President Donald Trump — And Isn't Afraid To Let You Know It Rep. Maxine Waters, D-Calif., has spent more than 40 years in public service. But suddenly, she's the "It" girl of the left. 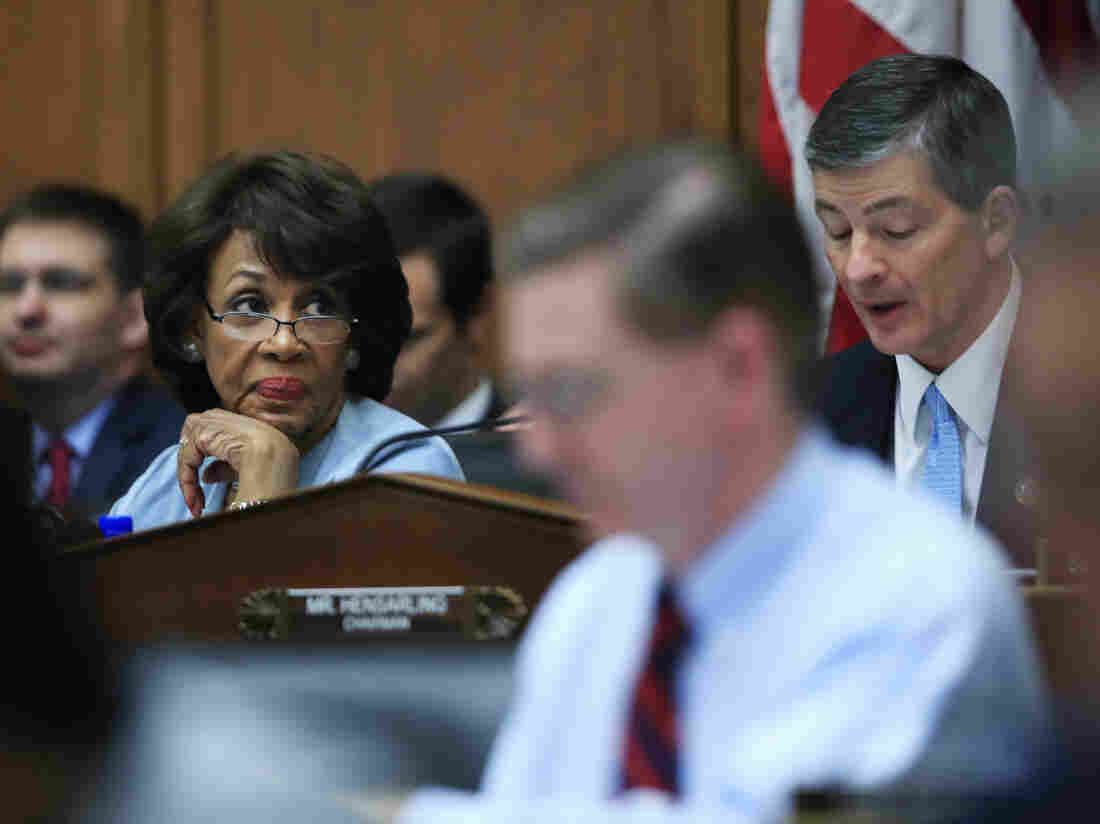 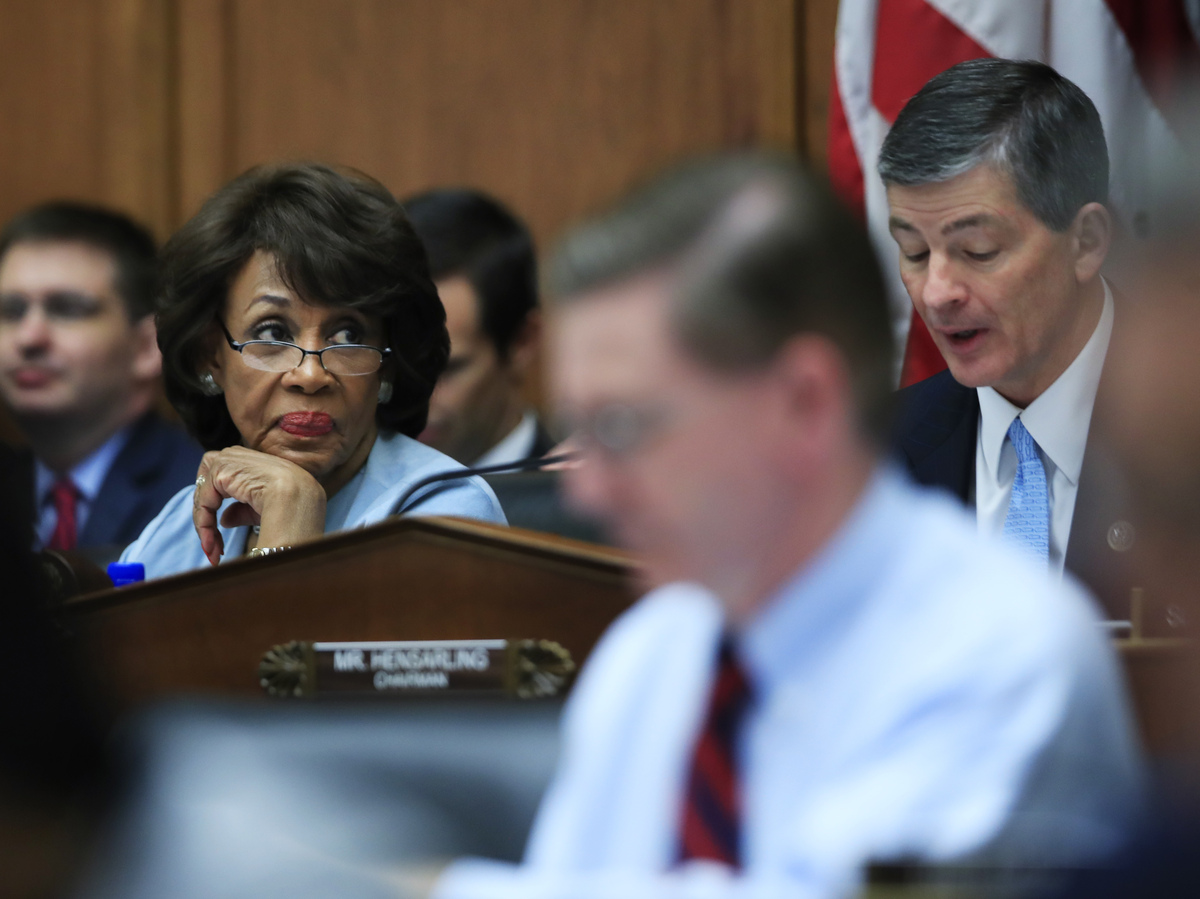 There's a famous story about how Lana Turner was discovered: sitting in a Hollywood drugstore, sipping a soda. Next thing you know, she's one of the most sought after "It" girls of the 1940s.

There may be some key details left out of that account, but one can assume, at least in theory, that it makes sense.

What doesn't necessarily make sense? The recent fever pitch over 78-year-old Rep. Maxine Waters, D-Calif., who has been adopted by a new generation as "Auntie Maxine."

Waters has spent more than four decades in public service but it's only now that she's become the political crush for young progressives. That's due to her fierce attacks of President Donald Trump and his new administration. While other politicians practice staid soundbites, Waters is extemporaneous and unpredictable. But usually her message is along the lines of "Impeach 45!"

That has made her deep raspy voice and withering facial expressions almost inescapable recently.

Although she's been a staple of cable news shows on CNN and MSNBC, Waters' popularity and reach have surpassed the traditional political audience and grabbed ahold of young left-leaning hearts and minds.

In the past month alone, she's appeared at the MTV Music Awards where she basked and curtsied in the roaring applause of a standing ovation that went on and on. She's been featured in the Huffington Post, Teen Vogue, Ebony and The Washington Post's "Cape Up" podcast.

But it was probably a January article by humor columnist R. Eric Thomas on Elle.com that catapulted the septuagenarian to stardom with the selfie-taking set and led to her new, familial nickname.

Apparently, Thomas, who has a Lana Turner story of his own — he was hired by the magazine after being discovered on Twitter — was home watching C-SPAN, when Waters serendipitously appeared on the screen.

Thomas had found a new muse. 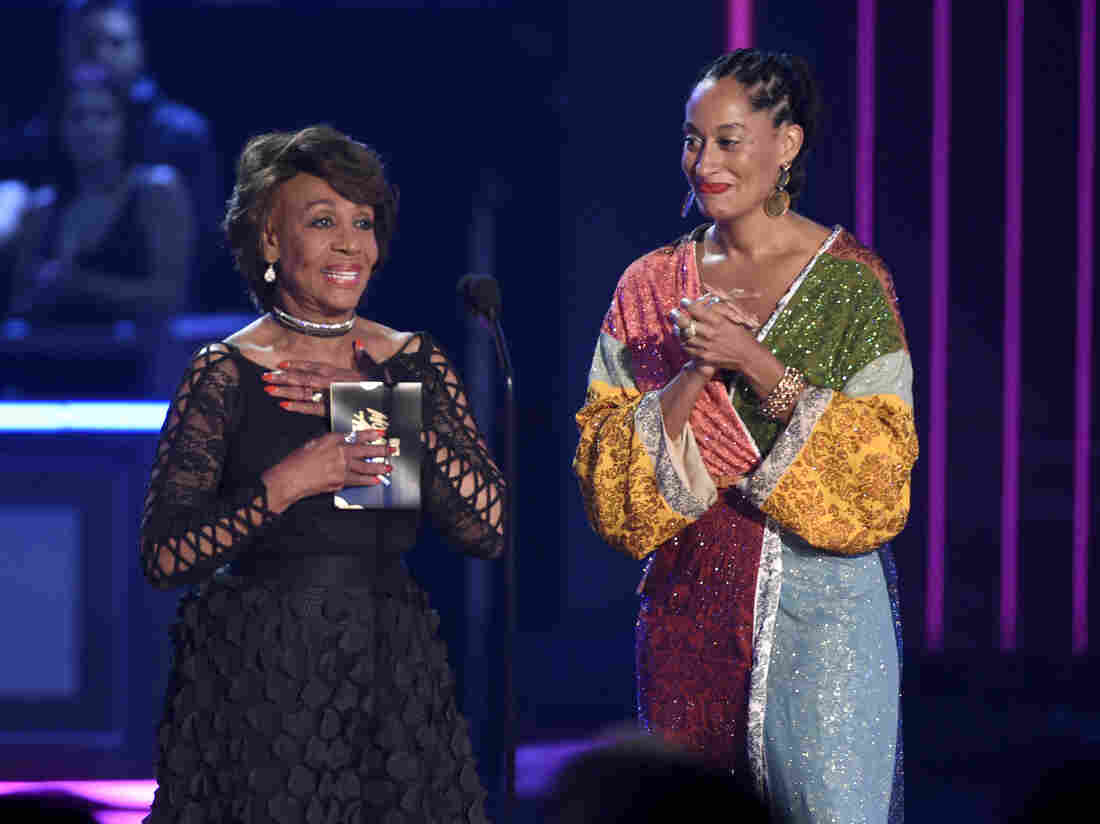 Rep. Maxine Waters, left, and Tracee Ellis Ross present the award for best fight against the system at the MTV Movie and TV Awards on Sunday, May 7, 2017, in Los Angeles. Chris Pizzello/Invision/AP hide caption 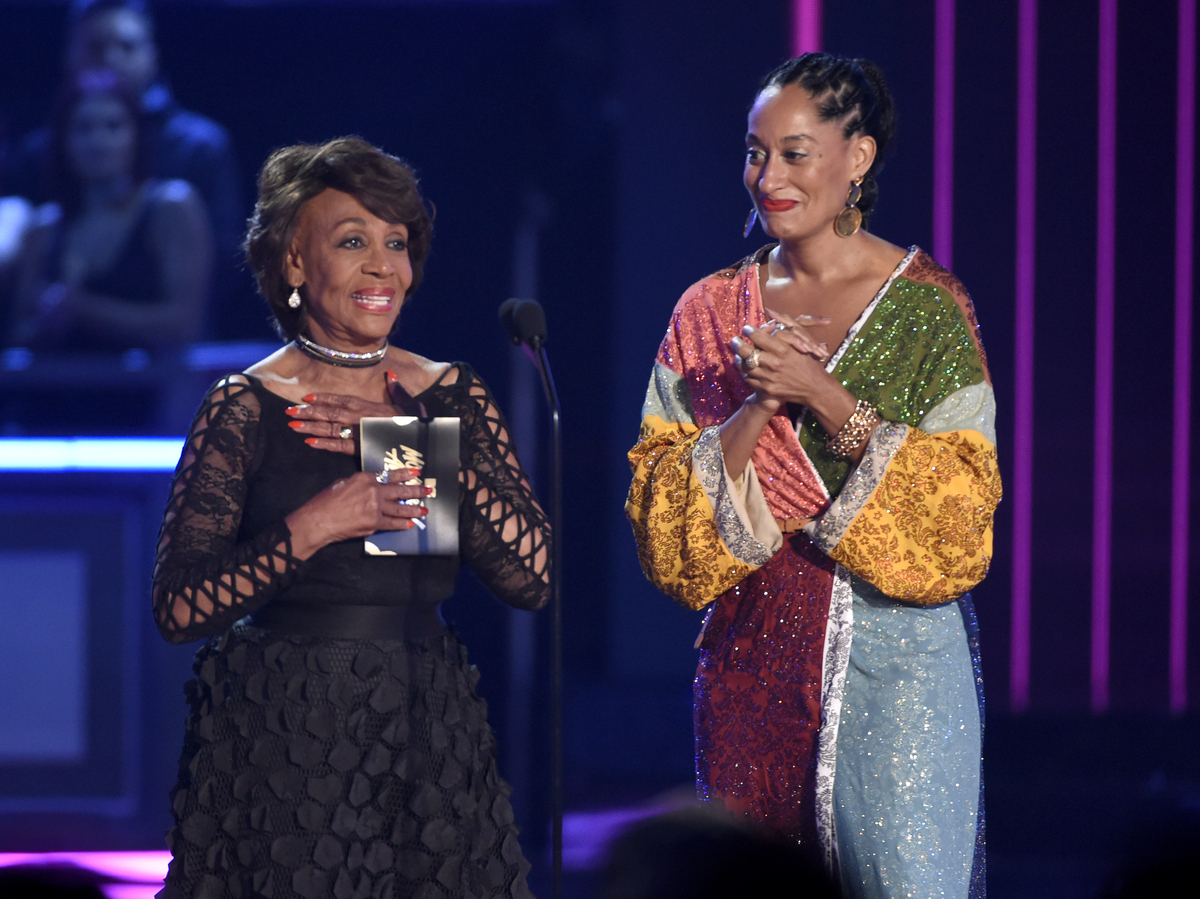 Rep. Maxine Waters, left, and Tracee Ellis Ross present the award for best fight against the system at the MTV Movie and TV Awards on Sunday, May 7, 2017, in Los Angeles.

If you haven't seen the performance that launched hundreds of thousands of tweets, take 30 seconds to watch the whole thing. But if you don't have the time, here's what you need to know: Waters had left an intelligence briefing with then-FBI Director James Comey. She was not pleased with what she had heard.

"Yes, can I help you? What do you want?" is how she addressed reporters.

Thomas can't help laughing as he recalls watching it unfold in real time. "I was like, 'Who is this person?'" he said, "She walks into a press conference like they're already on her last nerve."

He was delighted, flabbergasted and inspired and that led to this unforgettable paragraph:

"I have never seen anything like this outside of a family reunion. Rep. Waters is definitely that auntie who got rich selling Avon and doesn't really like your father. Or any of these low-rent people. But you sit by her so that she can stage-whisper critiques with a mouth full of potato salad."

So, technically, the words "Auntie Maxine" may never have been strung together by Thomas, but he takes full credit anyway.

"It's on my business card!" he bragged.

Asheya Warren is among Waters' legion of fans and says the congresswoman's frank style and "shade"-throwing skills are what appeal to her.

"It's the way she says what she says," Warren said. Older women like Waters get a pass to freely speak their minds, added the 30-year-old.

Once a woman is over 60, she said, "You're able to say whatever you want to, whenever you want to. My mom does it, her two sisters do it, my grandmother did it, and again, that's why that 'Auntie' moniker is so well received."

Waters is thrilled by it all.

"I am surprised and honored to be so enthusiastically supported by millennials," she said by phone from her office in Los Angeles.

She says millennials — though she may be a little generous with that designation — stop her on the street, at the mall and in restaurants, with the same cry. "Auntie Maxine! Oh my God, can I take a picture?" they squeal in excitement.

Waters recognizes she's filling a void left by today's professional politicians, who are sometimes afraid to state their genuine opinions fearing a backlash from constituents or the potential loss of their seat. "But I'm not afraid that," she said defiantly. "I will speak my mind."

And if that makes you want to call her "Auntie," be ready. She likes giving hugs.