Accessibility links
4 Romances To Kick Off Your Summer The weather is warming, the flowers are blooming, and our fancies turn lightly to thoughts of ... well, some really good romance novels. Here are four delicious reads to make your Maytime merry.

4 Romances To Kick Off Your Summer

4 Romances To Kick Off Your Summer 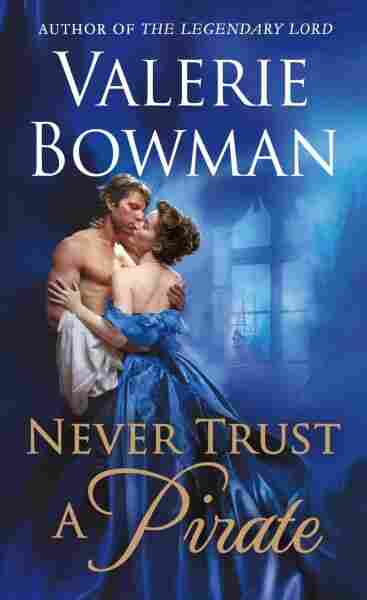 May is here — with the weather warming, the flowers blooming and the sun shining, it's officially the season for outdoor activities. But if your idea of an outdoor activity is taking a book outside to read, then these four romances — featuring Regency pirates, FBI agents, football players and a few rock stars — are just what you need for a delightful and deeply romantic escape.

Never Trust a Pirate, the latest in Valerie Bowman's Playful Brides series, is not the novel you think it is at first blush. She hits all the classic Regency historical romance buttons — the rake with a secret life, the virginal heroine, mistaken identities — but delivers quite a twist that even I, a seasoned romance novelist, didn't see coming.

Danielle LaCrosse is a ladies' maid, and also a spy. Naturally. The subject of her investigation is Cade Cavendish, a ne'er-do-well rake who has come to London on a mysterious mission. Our hero and heroine live under the same roof — he is enjoying his twin brother's hospitality while she is acting as his sister-in-law's maid — which allows plenty of opportunities for romance to blossom. But then things get complicated.

At first I feared this was another "Inland Pirate" novel (my name for a particular subcategory of romance in which all piracy happens prior to the beginning of the story, and the romance actually takes place in London) but this was not the case. Bowman blends a lighthearted romp through Regency London with a secret spy mission and, yes, action aboard a pirate ship for a perfectly lovely novel. 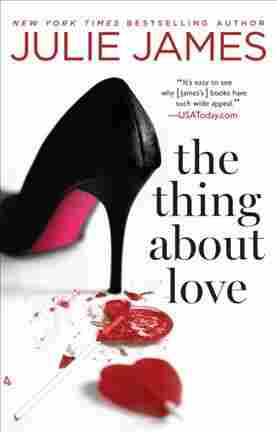 The Thing About Love

Two highly competitive FBI agents at the top of their game reluctantly fall for each other in The Thing About Love by Julie James, a perfect beach read. Jessica Harlow and John Shepherd are assigned to one sweet undercover mission – they have to stay in a romantic beachfront resort while posing as entrepreneurs in order to investigate a corrupt Florida politician. The only problem: They hate each other.

As students at Quantico six years earlier, Jessica and John were intense rivals for the top spot in the class. In a few flashbacks that might be the only effective "big misunderstanding" plot in romance, James presents the same moments from each character's point of view, showing how well-meaning quips or actions can be totally misconstrued. As a result, Jessica and John think they hate each other, which is a problem because they are really hot for each other.

Like James's other books, The Thing About Love is an excellent enemies to lovers romance that blends snappy dialogue with FBI action, serious sexual attraction, and a swoonworthy declaration of love from the hero: "The thing I want most is to spend the rest of my life with the one person who drives me crazy in all the best possible ways." 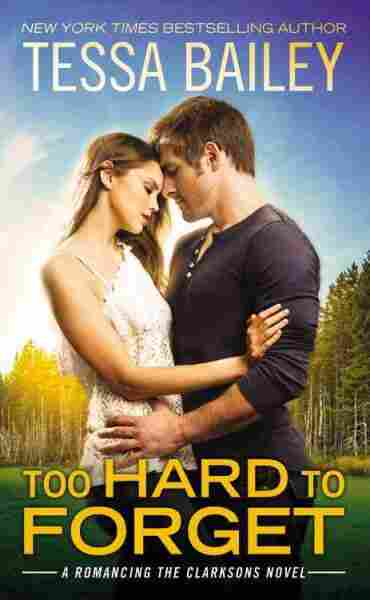 Too Hard to Forget

If Julie James whets your appetite for characters with a complicated history who get a second chance at love, check out Tessa Bailey's Too Hard to Forget, the third novel in her Romancing the Clarksons series. College football coach Elliot Brooks cares about three things: God, football and Peggy Clarkson. Three years earlier, when he was a grieving widower and she a senior cheerleader, the passion between them was intense and complicated, but loving (and, lest it seem squicky, totally consensual and legal).

Now Peggy is back for reunion to confront the man who did a number on her heart. Of course, it's not that simple — even after all this time, their attraction is as strong as ever, while their feelings are sweeter and more conflicted. As they struggle to get their relationship on track towards something real and forever, we see that Peggy is more than a hot cheerleader; she's got a really good heart. She hatches a plan to help the star receiver make it to the big game, smooths over some drama with Brooks' teenage daughter and even saves the coach from himself.

You can tell Bailey is in love with her characters and delights in sparking fires between them. The sexual attraction between Peggy and Elliot is potent — this novel is breathlessly sexy, and very hot'n'heavy, but the love between them — like the novel — is sweet and angsty all at once. 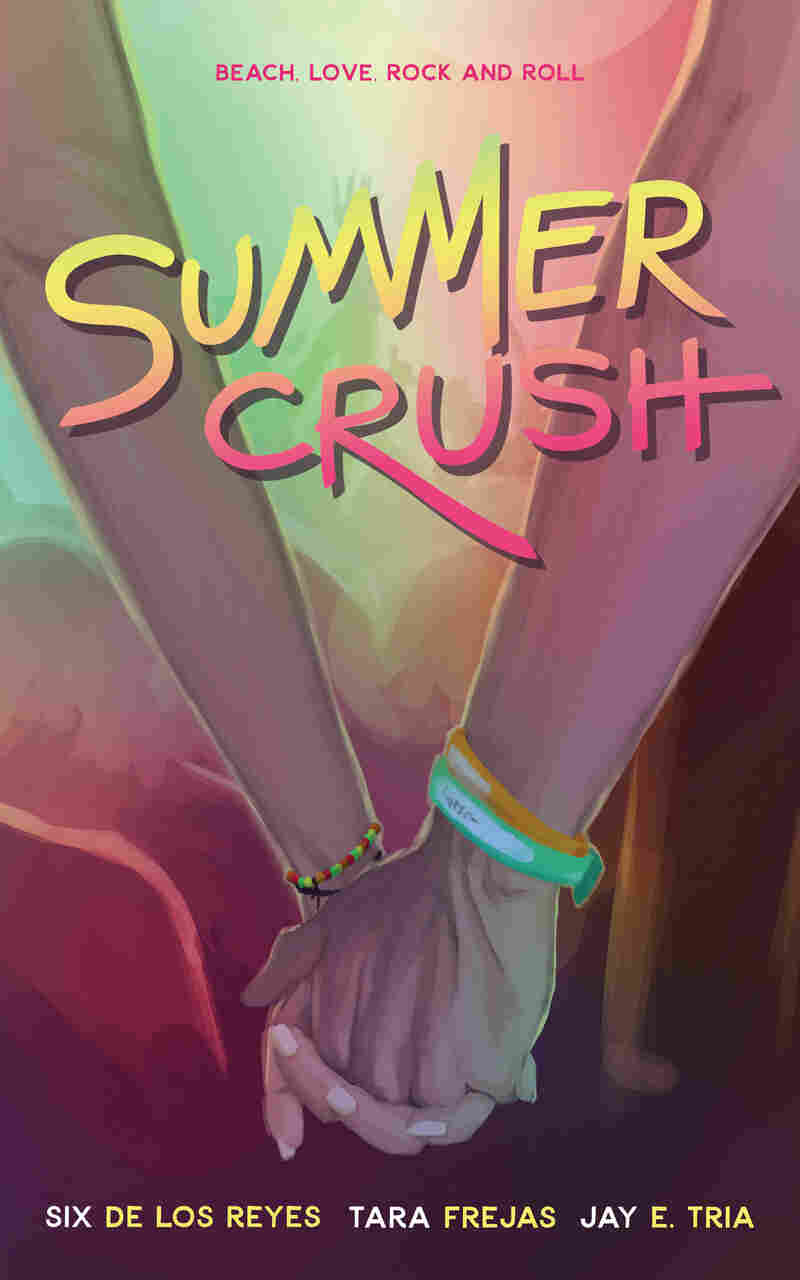 And finally, the anthology Summer Crush, by Jay E. Tria, Six de los Reyes, and Tara Frejas, features three gorgeously written novellas that will get you in the mood for sundrenched days at the beach, wild nights of rock n' roll fun and sweet summer romances. At the Summer Crush music festival on the island of La Union, a corporate warrior surrenders to love with her rock star boyfriend in "You Only Need Reminding," in "Almost There" another sleep deprived heroine — a roadie — deals with a new romance, a lost band member and a startling revelation, and in "Ocean Eyes," a heroine nicknamed Little Miss Boss works through her fears about love and singing her big hit to the raucous festival crowd.

Tria kicks off the set, creating the perfect mood with her luscious prose:

Ana is reminded of one of the best things about going to the beach. Surf and sand and seashells, sure. But also, beams of sunlight pouring down and glinting against broad bare backs, against ropes of muscles of arms and strong calves, orchestrating trails of sweat down hard planes of glistening stomach. YES. Hello there, beach. How you doin', summer?

From there, Frejas and de los Reyes beautifully build up this fictional world. While the stories can stand alone, they're best enjoyed together, since they take place concurrently and a few characters connect the stories. Combined with treats like the tweets, song lyrics and band set lists that are included with each story, you'll feel like you're right there on the beach, rocking out, falling in love and savoring the summer.