Accessibility links
'They're Everywhere': Oil, Gas Wells Dot Developments, Raising Potential Dangers Colorado is reviewing oil and gas operations after a fatal home explosion was linked to an abandoned, but still leaking, gas line. The tragedy is raising questions about how older wells are regulated. 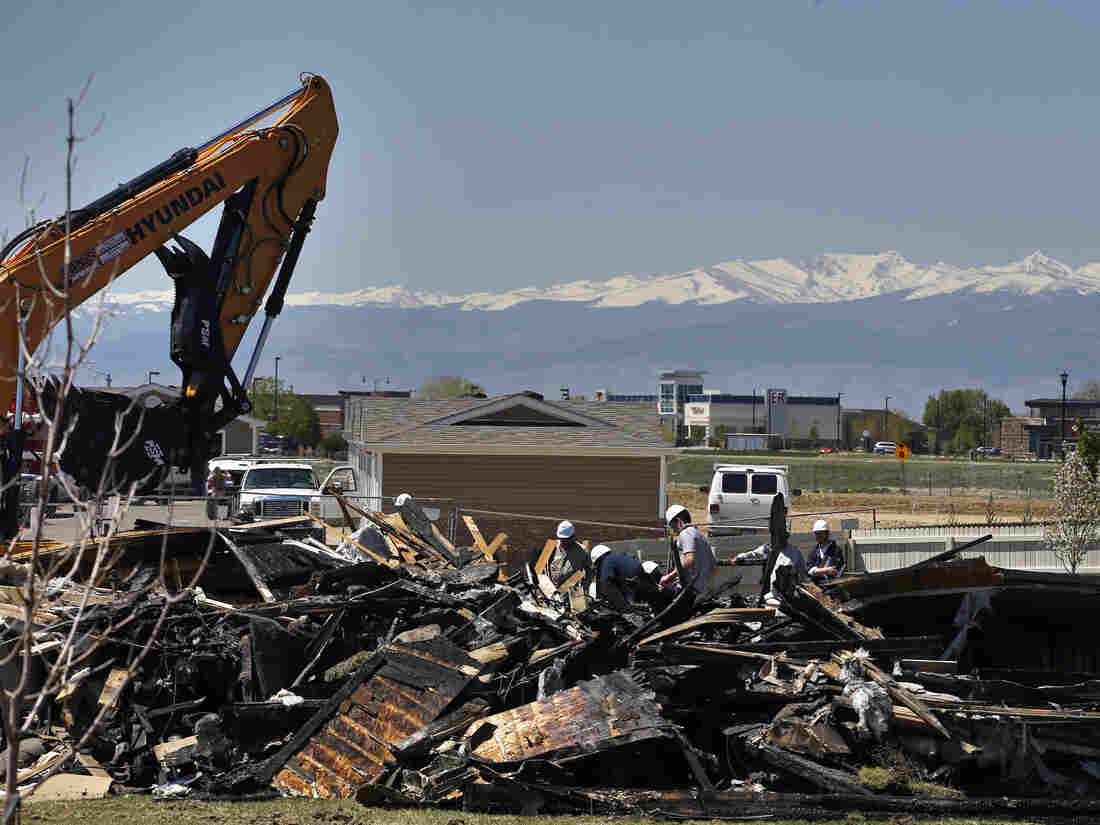 On May 4, workers dismantle the charred remains of a house in Firestone, Colo., where an unrefined gas line leak explosion killed two people in April. Brennan Linsley/AP hide caption 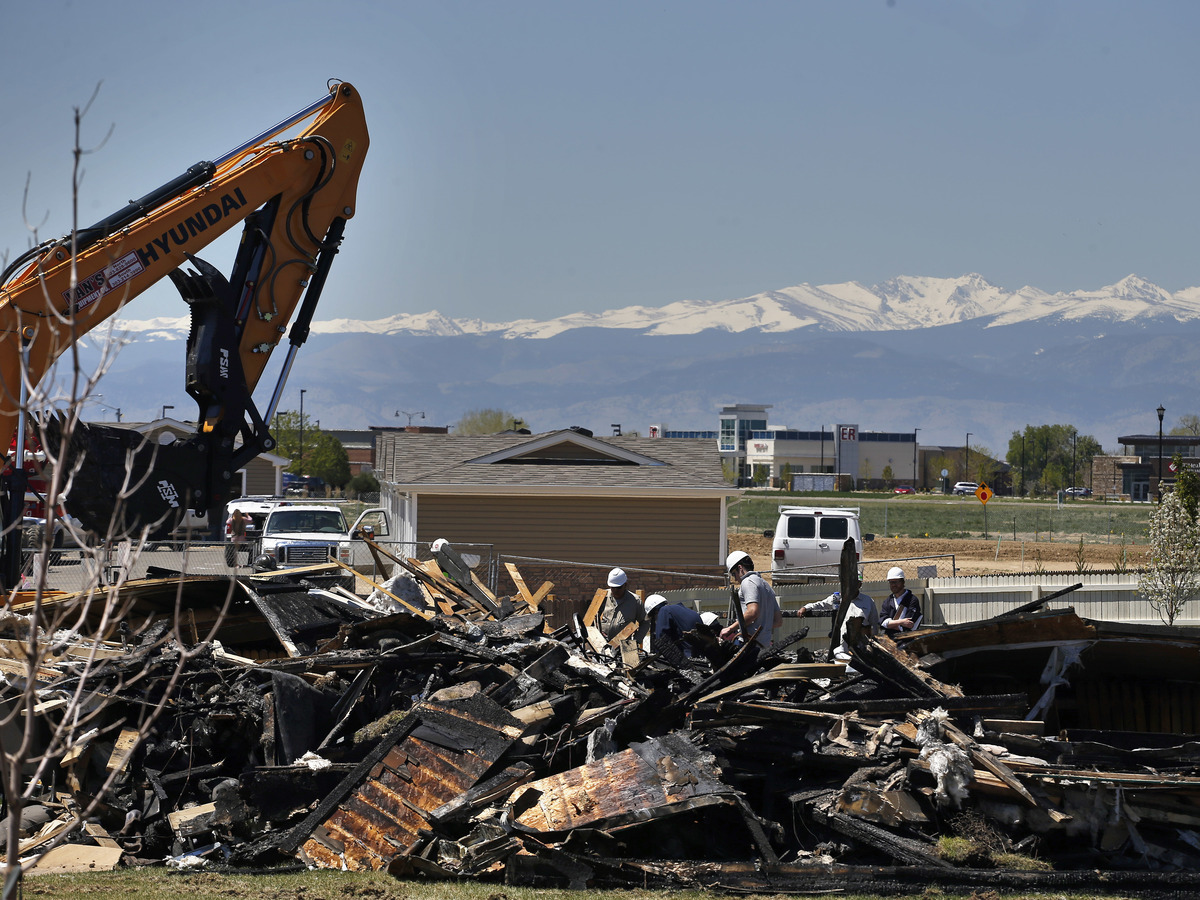 On May 4, workers dismantle the charred remains of a house in Firestone, Colo., where an unrefined gas line leak explosion killed two people in April.

A few weeks ago Julia Chapman's daughter was heading to a playdate across the street in their recently built suburb in Firestone, Colo. Suddenly, the friend's house exploded, killing two of the friend's relatives who were in the basement.

"It shook our home," Chapman says. "We came out and we saw that it was essentially just collapsed on itself. The insulation was still floating in the air, down the street."

It turned out a pipe from a nearby oil and gas well had been abandoned, but not properly sealed. The April 17 tragedy just north of Denver is prompting a lot of questions about how wells are regulated, something Chapman says she never thought about when she bought her house.

"We just sort of trusted that the city and the oil and gas knew what they were doing," she says.

The destroyed home was built 178 feet from an existing, dormant well. Anadarko Petroleum switched it back on in January. Unrefined gas started flowing into an old, 1-inch plastic pipe, called a flow line. It was supposed to be sealed — but it wasn't.

The unscented gas seeped into the soil near the foundation of the home, filling the house through a drain in the basement.

Lepore says a new state directive orders inspections of these flow lines if they're within 1,000 feet of an occupied building, "to seek to absolutely minimize any possibility of this happening again."

In Colorado and many other places, suburbs are expanding into areas that used to be oil and gas fields.

This region in north Thornton, Colo., which includes homes, parks, an elementary school and a Wal-Mart Supercenter, has numerous wells that were drilled between 1972 and 1991, indicated with orange markers. Slide back and forth to see development between 2002 and 2015.
Data sources: COGCC, Google Earth. Image credit: Jordan Wirfs-Brock, Inside Energy

"They're everywhere," says Shane Davis, an anti-oil and gas activist who runs a blog called fractivist.org. On a recent tour of Firestone, he points out just how close some of these houses are to wells and khaki-colored oil and gas tanks.

Inside Energy finds that over the past several years, 50,000 more people in Colorado now live in areas where there is at least one well per square kilometer.

Colorado and California are the only two states that regulate the flow lines coming out of these wells.

Still, in Colorado a comprehensive state map showing where these lines are does not exist. And while new oil wells must be drilled at least 500 feet from homes, there is no state regulation for how far new homes must be built from existing oil wells.

"That dramatic of a setback, is really, really hard to stomach," says Gregory Miedema, who heads the Northern Colorado Home Builders Association.

He says contractors are willing to consider new regulations on this, but he warns it could drive up prices. "What they want to make sure is that they don't price the public out of a new home."

And there is still a lot of demand for new homes here.

In fact, right behind the site of the home explosion, workers are busy with the construction of a new apartment complex, with nearly 300 units.

Dan Boyce is a Colorado-based reporter with Inside Energy, a public media collaboration focusing on America's energy issues. You can follow him @BoyceDan.