Accessibility links
No More Neverland: A Senator's Guide To Raising American Adults His new book about raising kids in America and the virtues of work and perseverance is "not an old man screaming, 'Get off my lawn!'" insists Sen. Ben Sasse, R-Neb. It's, "Work in my lawn." 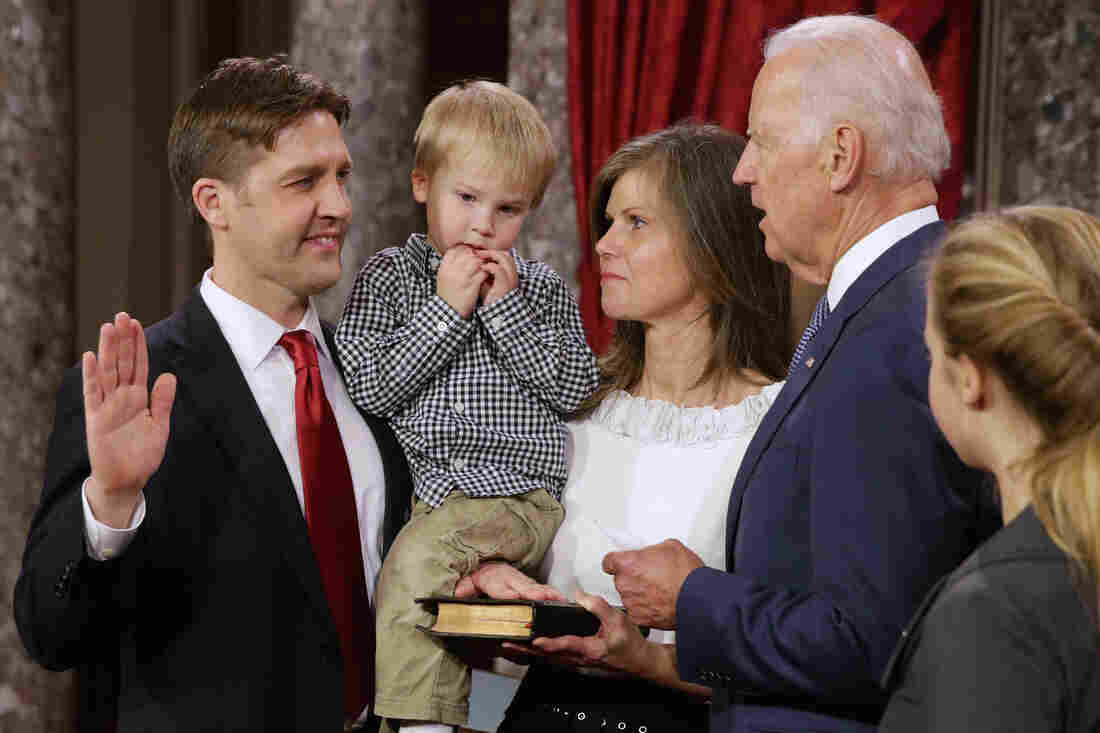 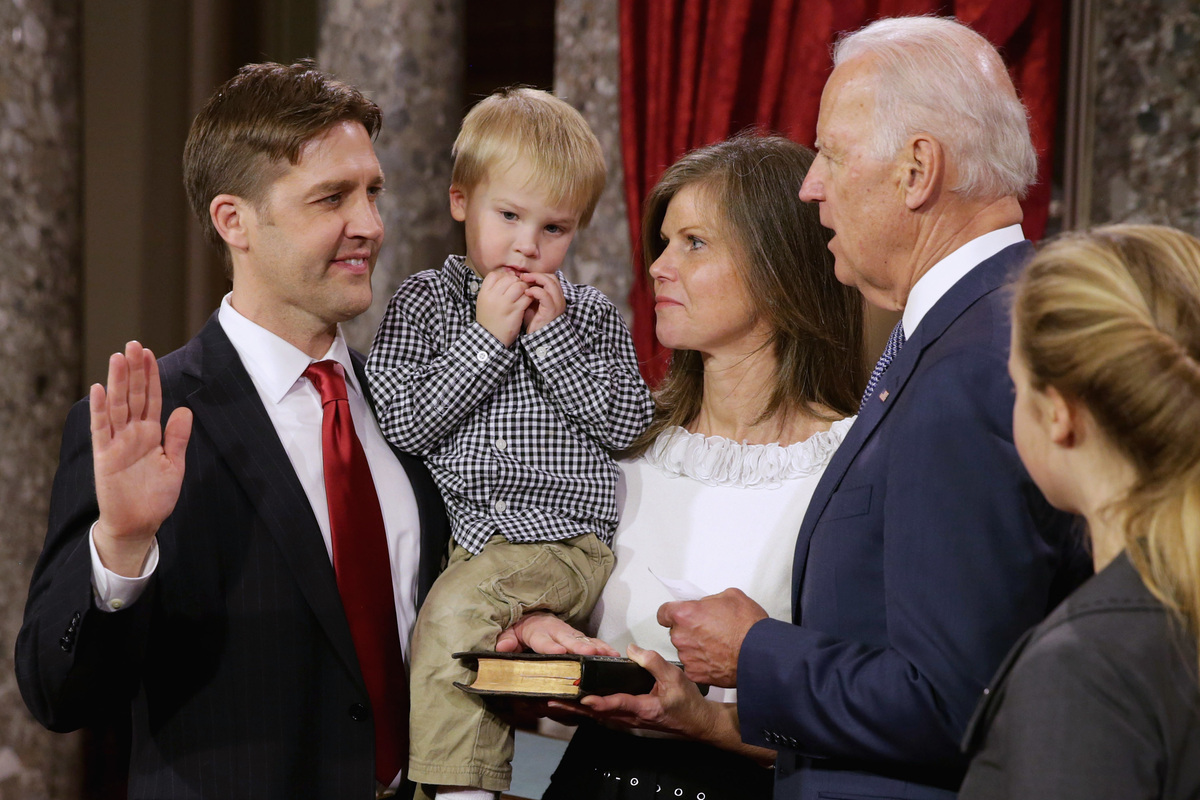 Sen. Ben Sasse (left) is sworn in by Vice President Joe Biden in 2015, with Sasse's wife Melissa and his son and daughter.

Nebraska Sen. Ben Sasse shares something in common with President Trump: both are serving in elected office for the very first time.

The similarities pretty much end there.

Sasse earned a doctorate in history. Before his election in 2014, he was a federal health official, and president of Midland University, which is linked with the Evangelical Lutheran Church.

He's a conservative Republican who refused to back Trump for president. Last week, he questioned Trump's firing of James Comey as FBI director.

Sasse also addressed what he considers bigger questions in American life, and his new book, The Vanishing American Adult: Our Coming-of-Age Crisis and How to Rebuild a Culture of Self-Reliance, grows out of his experience as a parent to the three children he raises with wife, Melissa, in Nebraska. In an interview, he said they ship their kids to farms and ranches in Nebraska to learn some big life lessons.

He says these experiences help build "scar tissue for the soul."

"I think we are doing a bad job of helping our kids understand that they have huge resiliency," he said. "Persevering and getting through hardship makes you tough, and at our house we celebrate stitches. As long as we didn't do permanent damage to their spine that's going to have lasting effect, we applaud and celebrate stitches at our house." 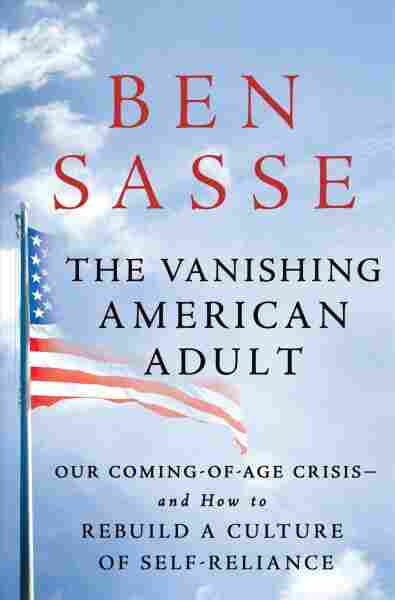 On how young people are growing up in the U.S. today

"I do worry that we are failing in a whole bunch of fundamental ways to distinguish for our kids between needs and wants, and we are failing to distinguish between production and consumption. So to be clear, this book is not an old man screaming, 'Get off my lawn!' It is a question of 'How do we do better?' It's please, 'Work in my lawn.'

"I think this category of perpetual adolescence, it's a new thing, and it's a dangerous thing. Adolescence is a pretty glorious concept. It's about intentionally transitioning from childhood to adulthood. Being stuck in adolescence — that's a hell. Peter Pan is a dystopia, and we forget that. Neverland is a bad place to be. It is good for kids to learn how to work. Right now, we're acting like keeping our kids free from work is a way to treat them really nicely, when in reality thoughtful parenting wants to help free our kids to find meaning in work."

"It's not natural to have to suffer when we work. We're made to be productive, and yet the world we live in, there's a whole bunch of suffering. And what they need to understand as 10-year-olds, so that when they're 15 and slightly less protected, and when they're 20 and they're moving into a truly semi-independent state, they need to have experienced that memory of persevering and having gotten through hardship."

On how to embrace work pain as a U.S. senator

"Work pain for me in this job means trying to be a happy warrior in an institution that's not nearly urgent enough. This city is filled with people who are addicted to their own incumbency. The longest-term thought many people have in D.C. is 'How can I be sure I don't do anything that so annoys my base or my general electorate that I might not be able to get my job back.' I don't think that's the right way to think about it."