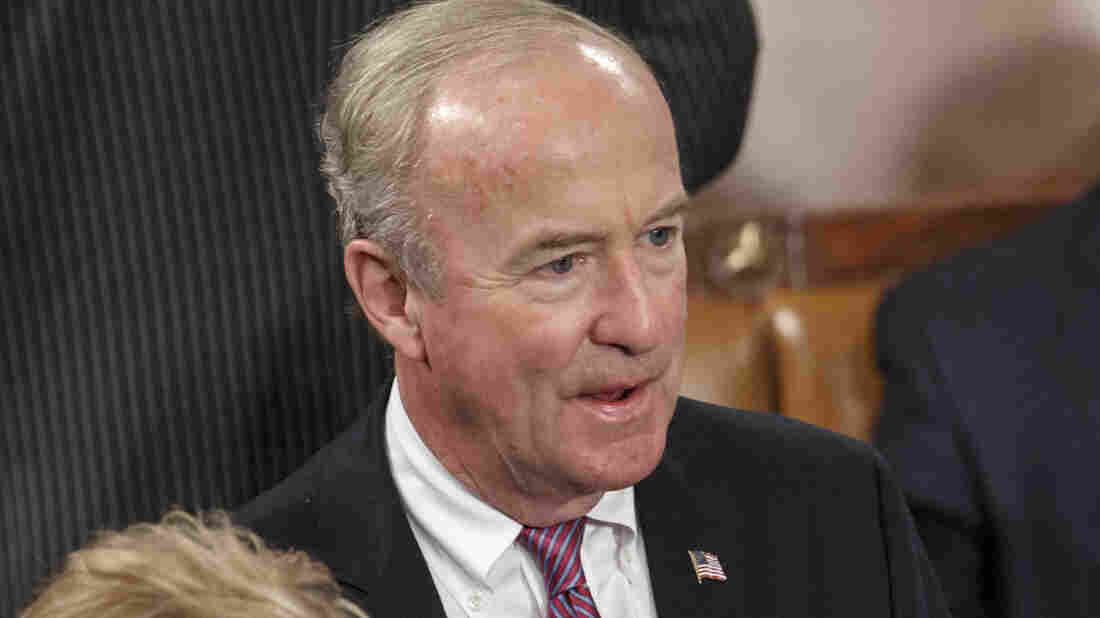 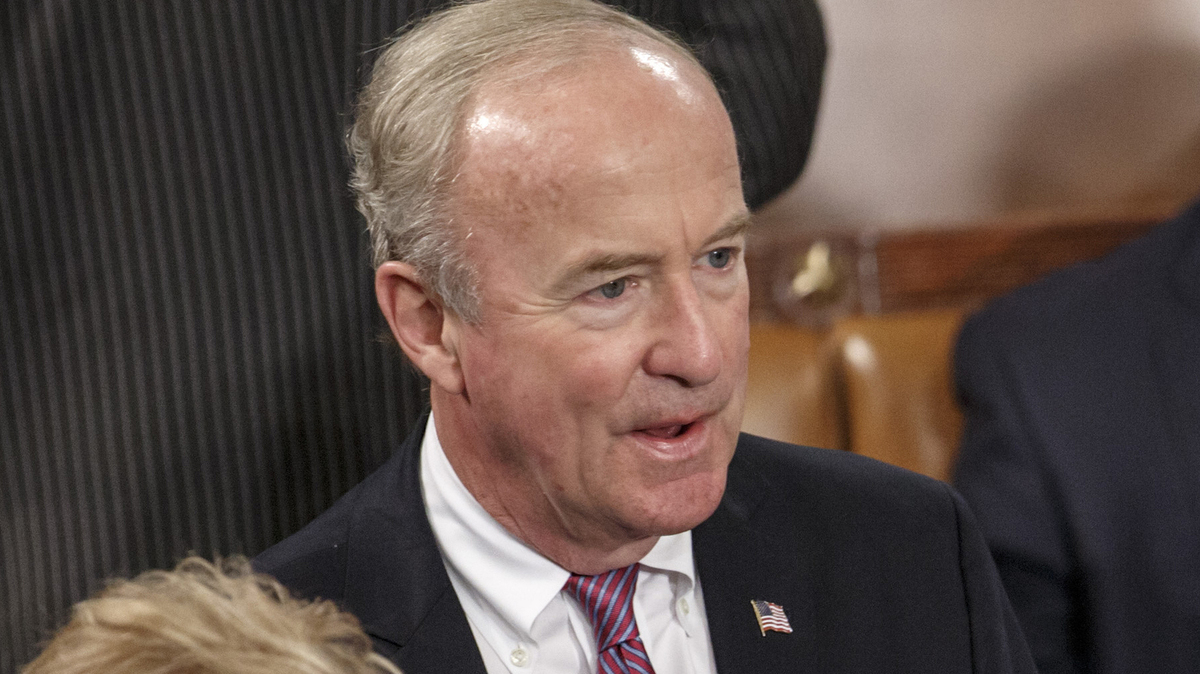 Ever since the election of Donald Trump, Republican moderates in Congress have been under pressure from new activist groups to oppose the president. For U.S. Rep. Rodney Frelinghuysen of New Jersey, the pressure is starting to show. He complained to the employer of one of the activists about her political participation — with some troublesome consequences. 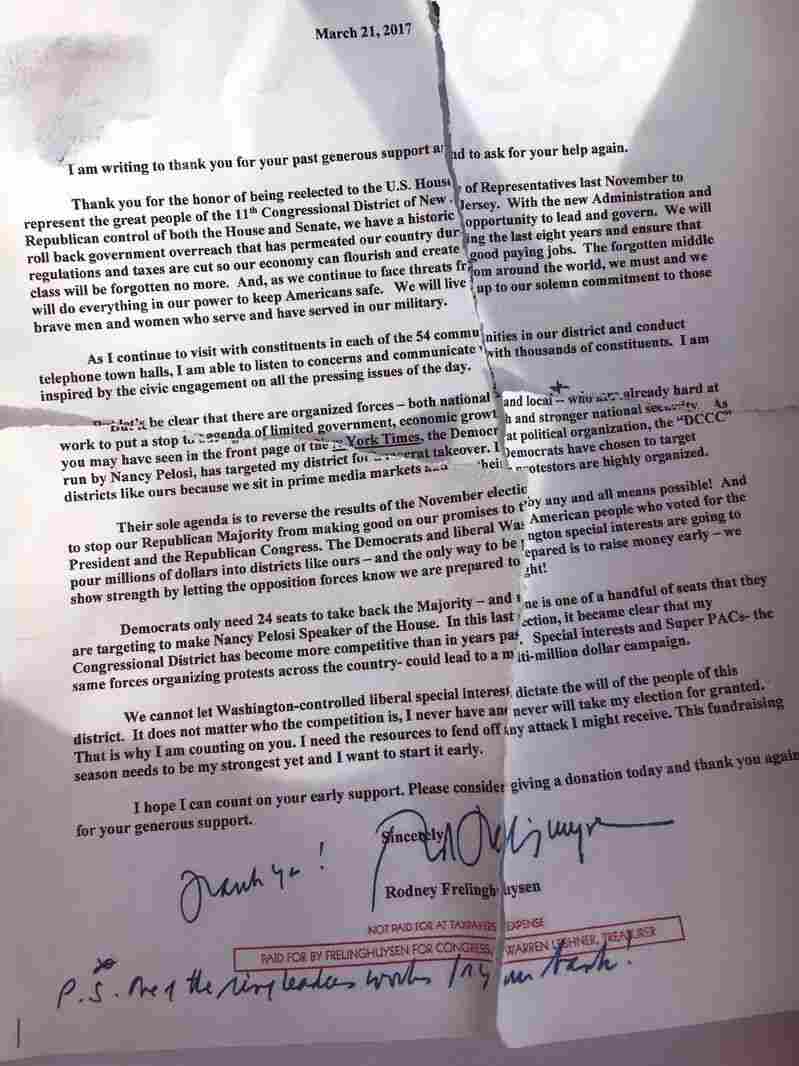 A fundraising letter from Frelinghuysen to a Lakeland Bank board member is signed "P.S. one of the ringleaders works for your bank!" Courtesy of Saily Avelenda hide caption 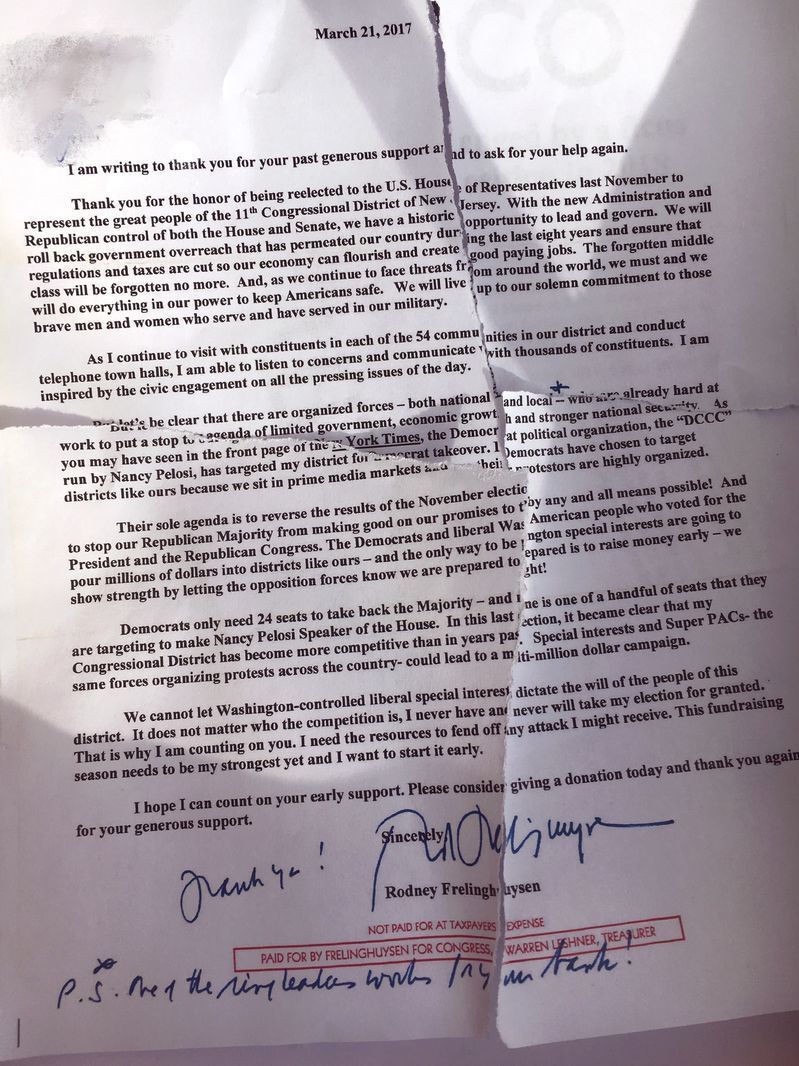 A fundraising letter from Frelinghuysen to a Lakeland Bank board member is signed "P.S. one of the ringleaders works for your bank!"

Last month, Saily Avelenda, a senior vice president and lawyer for Lakeland Bank, was called into her boss's office and handed a fundraising letter that Frelinghuysen sent to a member of the bank's board of directors. It asked for donations to help him fight organized opposition to the Republican agenda. At the bottom of the letter, scrawled in pen next to his signature, there was a note: "P.S. one of the ringleaders works for your bank!"

Avelenda was not fired, but she says she had a lot of explaining to do. For that, and other reasons, she says she decided to resign.

"I had to write a statement to my CEO," she said. "It was not something that I expected, and I thought that my congressman put them in a situation and put me in a really bad situation as the constituent, and used his name, used his position and used his stationery to try to ... punish me."

Avelenda was criticized for her involvement in NJ 11th for Change, a group that formed after the election of Trump and has been pressuring Frelinghuysen to meet with constituents in his district and oppose the Trump agenda.

The group began with one Facebook post after the election and quickly grew to more than 7,000 residents of Frelinghuysen's district. He has been in Congress for 22 years and is the heir to a political dynasty that dates back to the Revolutionary War. But he's experiencing a new level of political opposition, which he complained about during a telephone town hall last week.

"For people who have jammed our lines and made it difficult for us to meet our constituent needs," he said, "it would be nice for you to back off."

"I'm not suggesting people don't have a right to speak and let their views be known, but some of this is highly orchestrated and it's unfortunate."

The letter is unusual and noteworthy, says Jordan Libowitz, spokesman for Citizens for Responsibility and Ethics in Washington, because members of Congress don't usually turn to businesses in their district to do damage to their political opponents.

"It's certainly troubling," Libowitz said. "Whether or not it breaks a criminal statute is one issue, but the very clear issue is that it appears that a member of Congress might be using his power to threaten someone's employment because of their political activities."

CREW is calling for an ethics investigation. In an email, Frelinghuysen's campaign spokesman called the letter "innocuous" and said the congressman was unaware of any of the particulars about Avelenda's status with the bank.

Lakeland Bank, which has 53 branches in New Jersey, responded to WNYC's original report on its Facebook page writing that it's the bank's philosophy to "promote our employees' full awareness and interest in civic and political responsibility such that each employee has the opportunity to support community activities or the political process in the manner that she or he desires."