Accessibility links
After 6 Prison Terms, A Former Inmate Helps Other Women Rebuild Their Lives For Susan Burton, getting on track after being released from prison was a daunting experience. Now she's determined to help other women follow in her footsteps. Her new memoir is Becoming Ms. Burton. 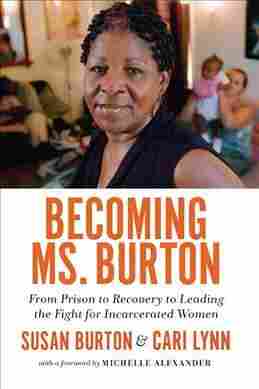 From Prison to Recovery to Leading the Fight for Incarcerated Women

by Susan Burton and Cari Lynn

Susan Burton knows just how hard it is to get back on track after being released from prison. It's an experience she lived through six times, once for each of the prison terms she served.

"One of the things about incarceration is that you're deprived. You lose all of your identity and then its given back one day and you're ill-equipped to actually embrace it and work it," Burton says. "Each time I left prison I left with the resolve to get my life together, to get a job, to get back on track. And each time the task became more and more and more daunting."

Burton's prison sentences were all drug related. After her sixth release, she finally received the addiction treatment and counseling she so desperately needed. Slowly, she began to rebuild her own life — then she turned her attention to others in Watts, the Los Angeles neighborhood she had grown up in.

Knowing what it was like to get out of prison with no money and no safe place to live, Burton started a home for women in the same position. Gradually Burton's organization, A New Way of Life, expanded from one home to five. In addition to housing, it offers 12-step programs, counseling and other help to women coming out of prison.

Burton acknowledges that her work — which brings her back to prison regularly — can be draining. "So many nights after I've gone into a prison and lay my head on the pillow, it's a heavy head that I lay on the pillow," she says. But, she adds, "It's not hard for me to go back, because I'm going in with the purpose of freeing people up."

Burton traces her journey from prison to recovery — and her efforts to help others — in the memoir Becoming Ms. Burton.

I have two really strong memories, and one memory is sitting in the back seat of the car as my mother drove my auntie to Camarillo State Hospital where she would pick up the boyfriend who would sit across from me, who I knew was going to harm me.

I can remember counting the trees as a 4-year-old little girl and I would be "one, two, three" and when I got tree 22 danger would get in the car with me. And all while counting, I can remember trying to just fade into the upholstery of the car because he was going to harm me, and I didn't know how to talk about the harm that he was going to do. 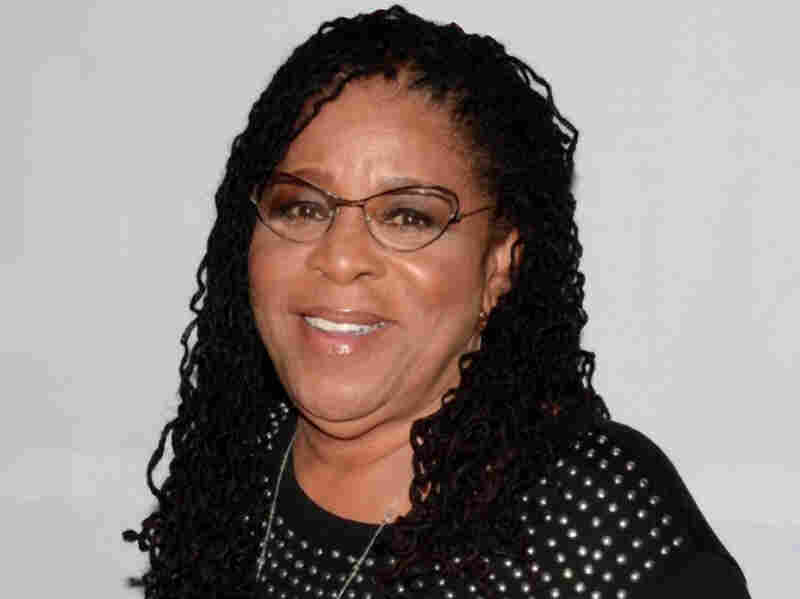 Susan Burton is a fellow of the Soros Open Society Foundation. In 2010, CNN named her one of their "Top 10 Heroes." Mia Munoz/The New Press hide caption 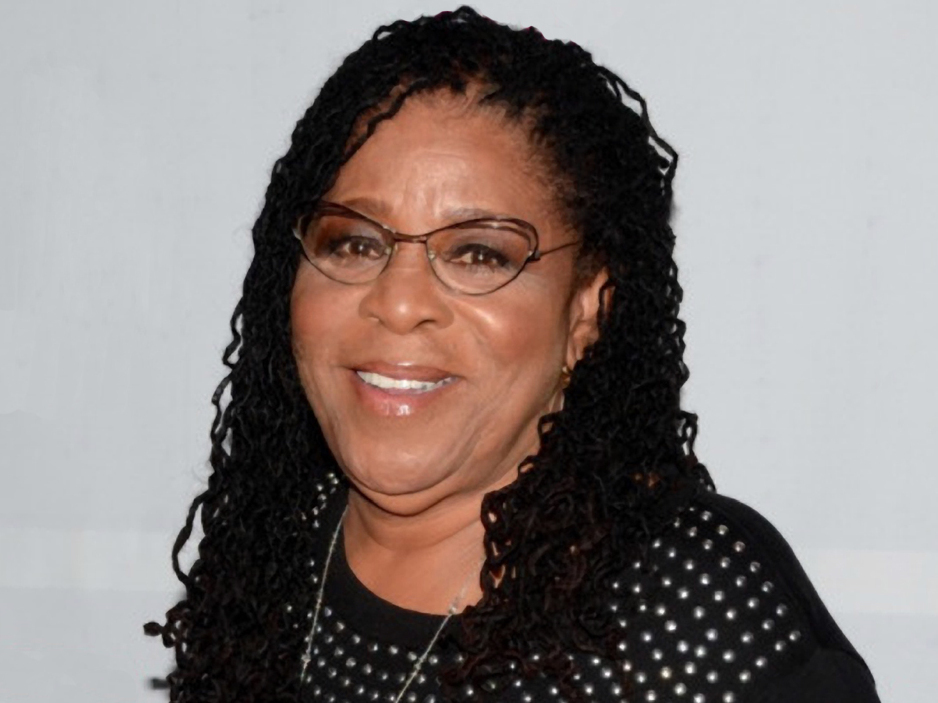 Susan Burton is a fellow of the Soros Open Society Foundation. In 2010, CNN named her one of their "Top 10 Heroes."

Also, my auntie, when she realized what was happening one day, she gave all the responsibility to me and called me a "dirty little girl" and swore me to secrecy. So I didn't know what to do with that, and I carried it with me. And I carried instances of abuse and trauma with me until I was 46 years old, walking through the hall of a prison.

I went to pick my son up from school and walked him back and was in the house preparing dinner and he came in the house and gave me this flower of chrysanthemum that was full of ants. And he went back out to play and ran out into the street and got hit by a car.

The car happened to be driven by a LAPD detective. So he hit my son, killed him, and never even got out of the car.

All of a sudden there are just seemed like hundreds of police all around, and at the hospital hundreds of police walking back and forth. And the doctor comes out and tells me that my son is deceased and I ask, "Can I see him?" And I go in and my son is laying there with a little blood kind of dripping out of his nostril, and he's dead.

I fall into a depression and an anger and a rage and I begin to drink. I drink for the loss of my son, but I also drink because this police department never even acknowledged — never even said "Ms. Burton, I'm sorry that you've lost your son." I mean, never.

Between the sadness, the rage, the anger, the loss, I began to drink heavily, and that escalates into drug use. The war on drugs [was] about to take hold of all of the communities across the country and South L.A., Watts, is one of those communities that was hard-hit where crack became so plentiful. I began to smoke it, and that sent me to prison. And I went to prison over and over and over again until I found help.

On needing therapy but not having access to it

We as community members experience violence, trauma, loss, almost on a daily basis, and there are no places that we can actually go to begin to address the trauma ...

That should've happened long before I ever got incarcerated. Those things just weren't accessible in a community like South L.A., in the community of Watts. We as community members experience violence, trauma, loss almost on a daily basis, and there are no places that we can actually go to begin to address the trauma, address the violence; to find solutions to the violence and resolve the trauma; that can make our community safe. So, we're over-policed and under-resourced.

On how she finally got treatment

I had reached a place that I could no longer contain the sorrow, the grief, the pain of all of those years of my life, and I was seeking some relief and help. And over a cheap can of beer a friend of mine, Joe, told me about a place in Santa Monica that could help me. So he gave me the name of the agency — it was called CLARE Foundation — and I called it the next morning.

I finally made it out to CLARE Foundation and I began the road to recovery. What I saw and experienced in Santa Monica was a community that was really well-resourced. I also began to realize that people in Santa Monica didn't go to jail for possession of drugs like we did in South L.A. And as I got stronger and I became healthier and more mentally clear, I began to inspect and analyze what was going on — the difference in Santa Monica and South L.A. And I began to heal and get stronger, and after 100 days of treatment I returned to South L.A., continued my recovery. I'm actually, this year, 20 years sober.

As I began to take women into A New Way of Life, I began to recognize the barriers, the discrimination, the way our children were being taken ... from them. It wasn't because they couldn't be a good parent, because they didn't want to be a good parent; it was financial. They couldn't earn enough money to get a house to bring the children back to. ...

When I got the house, me and my sister-in-law started out together. I had worked a minimum-wage job and I had saved $13,000. Part of it went to the down payment of the house. And we pulled our money together and [we] went to IKEA and [bought] bunk beds and I would go down to the bus station where women were getting off the bus, where I had gotten off the bus so many times before, and I would offer them a bed, offer them a place that was safe, that was drug and alcohol free, a place that they could rebuild their lives and be in community. ...

There was some structure in place. Eight o'clock in the morning we would read from the morning meditation book, sit in circle and set goals for ourselves. I had goals, they had goals. For some of us it was the first time in our life we had even ever set goals. And the goals, as humble as they were, they were goals that we could achieve, and from achieving those goals build confidence and self-esteem. ...

It wasn't a matter of me having faith in anyone, it was a matter of extending the opportunity to someone that could change their lives. ... It was just something beautiful. And when you've had all this pain and suffering and then all of a sudden this beauty of life comes through you and through your efforts, this beautiful community, this vibrant community begins to rise. It was so rewarding for me, and it continues to be rewarding.