Accessibility links
Erdogan Calls President Trump His 'Dear Friend', Despite U.S. Decision To Arms Syrian Kurds Presidents Trump and Erdogan exchanged warm statements about the future of U.S.-Turkey relations, even after a decision by the U.S. to arm a group in Syria that Turkey considers terrorists. 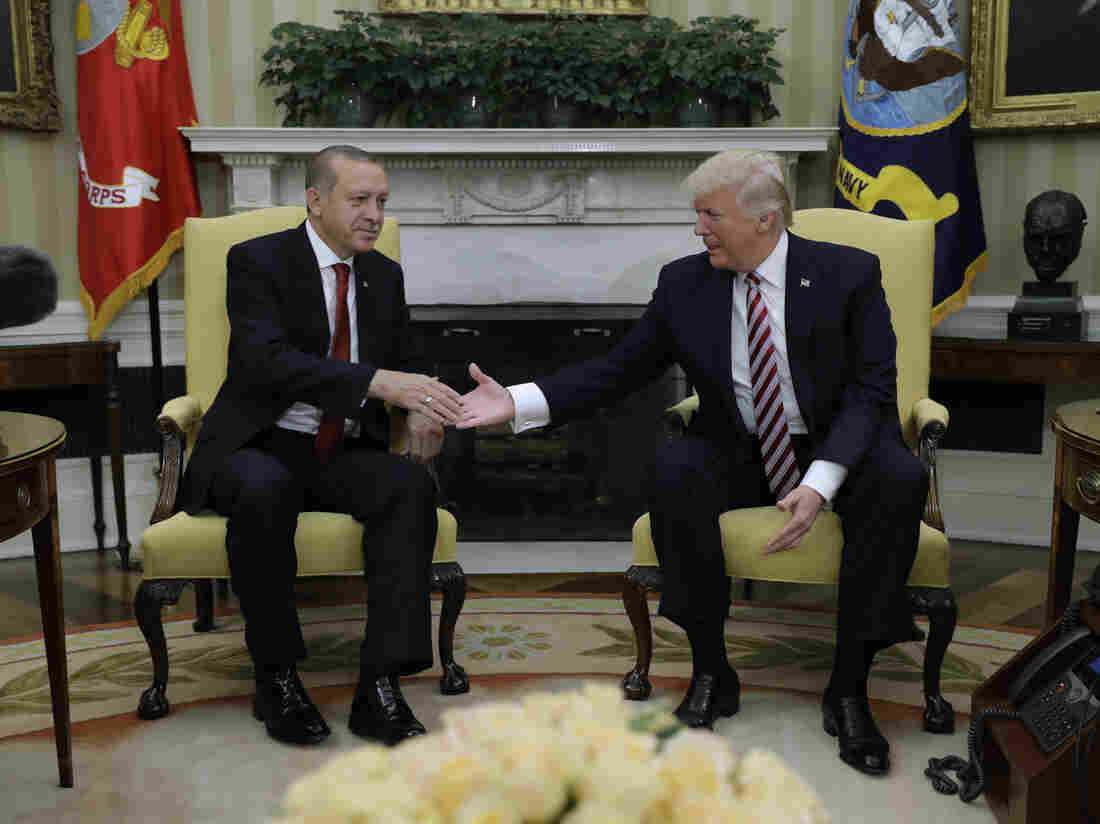 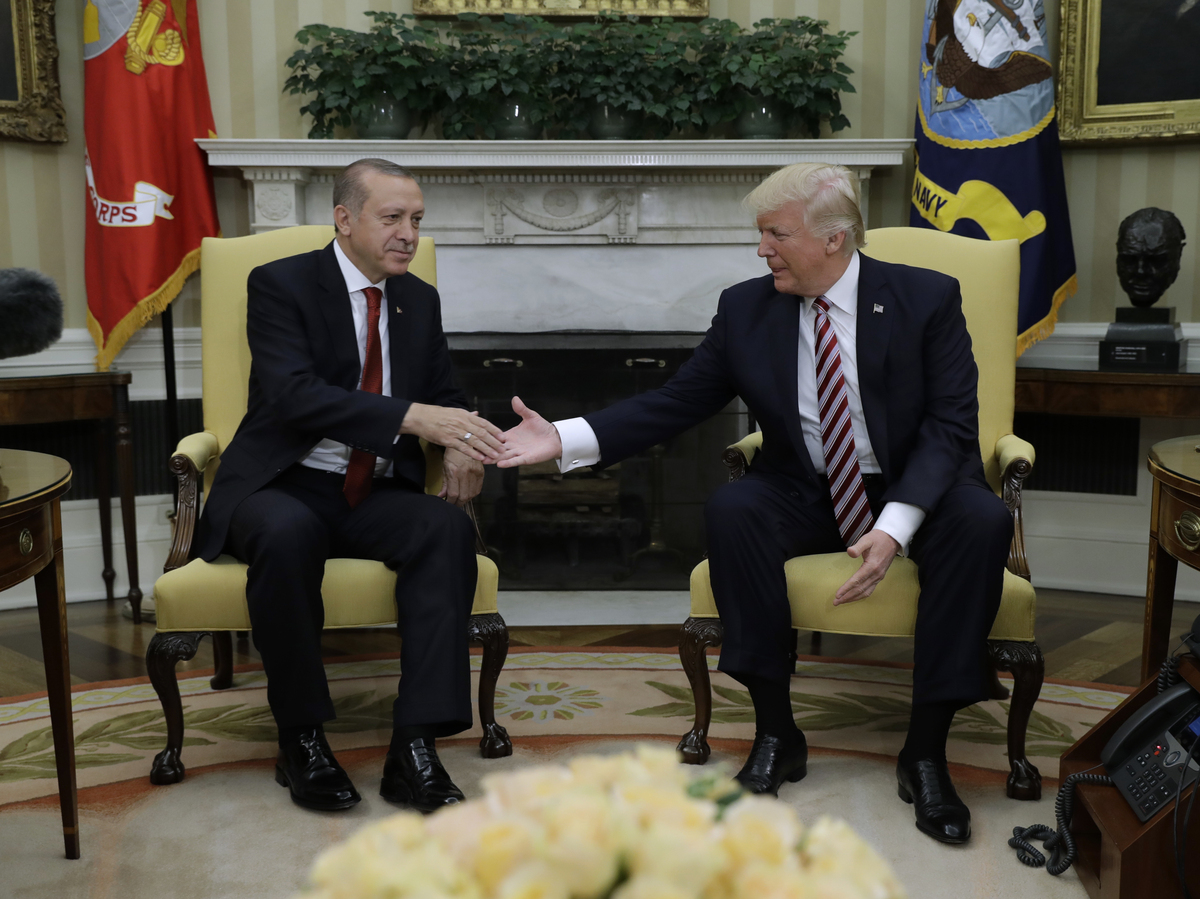 Judging by public statements, U.S.-Turkey relations are going to be just fine.

President Trump hosted Turkish President Recep Tayyip Erdogan on Tuesday afternoon, and both men had warm messages to share even after the two countries clashed last week over a decision by the United States to arm Kurdish fighters in Syria.

Trump spent much of his statement complimenting the Turkish military.

"Turkish courage in war is legendary," said Trump, mentioning Turkish contributions in the Korean War. "Today we face a new enemy in the fight against terrorism, and again, we seek to face this threat together."

Still, the Turkish president made it clear that the Trump administration's decision to arm one group of Syrian Kurds fighting the Islamic State will "never be accepted."

U.S. military officials have long argued in favor of supporting the Kurds in Syria against ISIS because they are such competent soldiers. The decision to arm them came last week, amid preparation for an offensive to retake what is effectively the capital of ISIS, the city of Raqqa in northern Syria. Military officials say the Syrian Kurds are key to that mission.

Erdogan's administration, however, considers the Syrian Kurds terrorists because of their ties to Turkish Kurds who have been waging an insurgency to create an independent state for the past three decades. The U.S. and the European Union agree with Turkey that the group of Kurds in Turkey known as the PKK are indeed terrorists, and the Trump administration has sought to ease Turkish worries that the weapons provided to Kurds in Syria would not end up in the hands of the Turkish Kurds.

Trump said Tuesday that the U.S. would ensure the PKK has "no safe quarter."

Neither leader broached human rights in their statements, which will likely frustrate those worried about Trump getting too close to a leader who is inching toward autocratic rule.

Erdogan called Trump his "dear friend" and made a point to congratulate the U.S. president on his "legendary triumph" over Hillary Clinton in the 2016 presidential election. Trump said it was a "great honor" to host Erdogan.

Back home, however, not all of Erdogan's countrymen were pleased.

"Turkey is under a state of emergency since (the failed coup), during which human rights have been trampled on," Sezgin Tanrikulu, a legislator from Turkey's main opposition Republican People's Party, told the AP before the meeting. "The media and press freedoms have been placed under government control. Torture and ill-treatment have increased."

"Human rights and democracy are not part of Trump's agenda, but we hope that he abandons this stance," Tanrikulu said.

Trump made news last month by phoning Erdogan to congratulate him on a referendum in Turkey that furthered Erdogan's power. The call continued a trend of Trump's supporting strongmen. Erdogan has been criticized for jailing the most journalists of any leader in the world, as well as tens of thousands of political dissidents.

Restrictions on information are also tightening. Just a few weeks ago, Turkish Web users found that they no longer had access to Wikipedia.

The two presidents' statements also didn't touch on another key Turkey-related issue: the extradition of cleric Fethullah Gulen. Erdogan blames last year's failed coup attempt on Gulen, a religious leader who now lives in Pennsylvania, and has repeatedly called for Gulen to stand trial in Turkey.

The White House has not responded to a request for comment from NPR about Trump's stance on Gulen.

And for all the talk of their great relationship, Trump mispronounced Erdogan's name multiple times in his statement. The Turkish leader's name is pronounced "AIR-doh-ahn," but Trump repeatedly said "Er-duh-GON."