Accessibility links
Arizona Man Arrested, Accused Of Threatening Rep. Martha McSally, Saying 'Your Days Are Numbered' The 58-year-old Arizona man left voicemails for U.S. Rep. Martha McSally saying that he hoped to wring her neck, and that "our sights are set on you," according to the FBI.

Man Accused Of Threatening U.S. Rep., Telling Her 'Your Days Are Numbered'

Man Accused Of Threatening U.S. Rep., Telling Her 'Your Days Are Numbered' 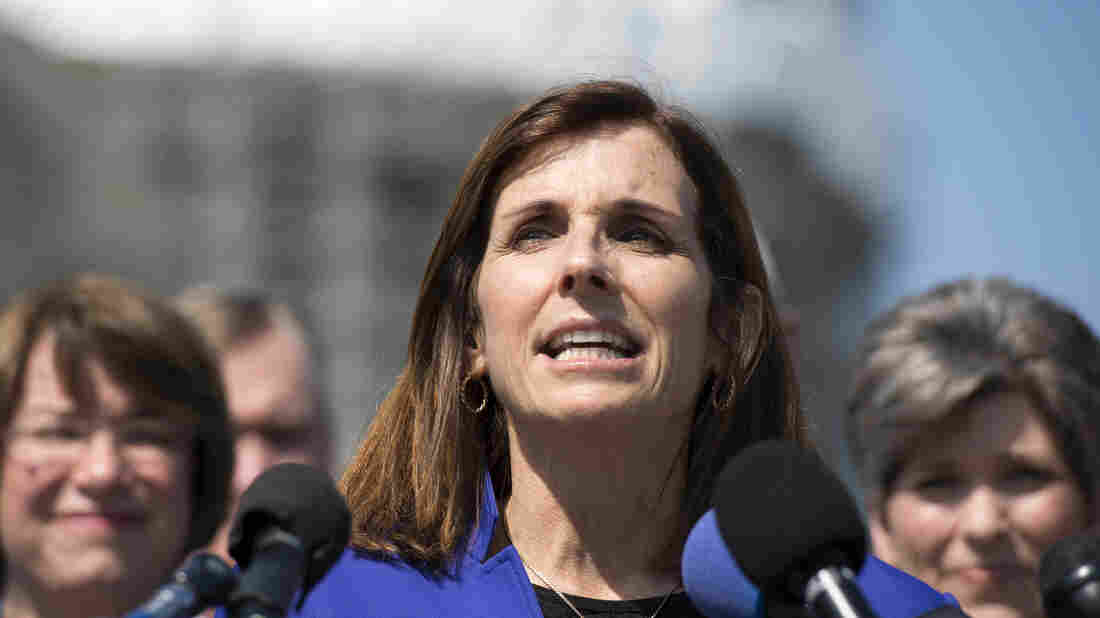 Rep. Martha McSally speaks last year on Capitol Hill. An Arizona man was arrested last week and accused of threatening the congresswoman, saying among other things, that he "can't wait" to pull the trigger on her. Molly Riley/AP hide caption 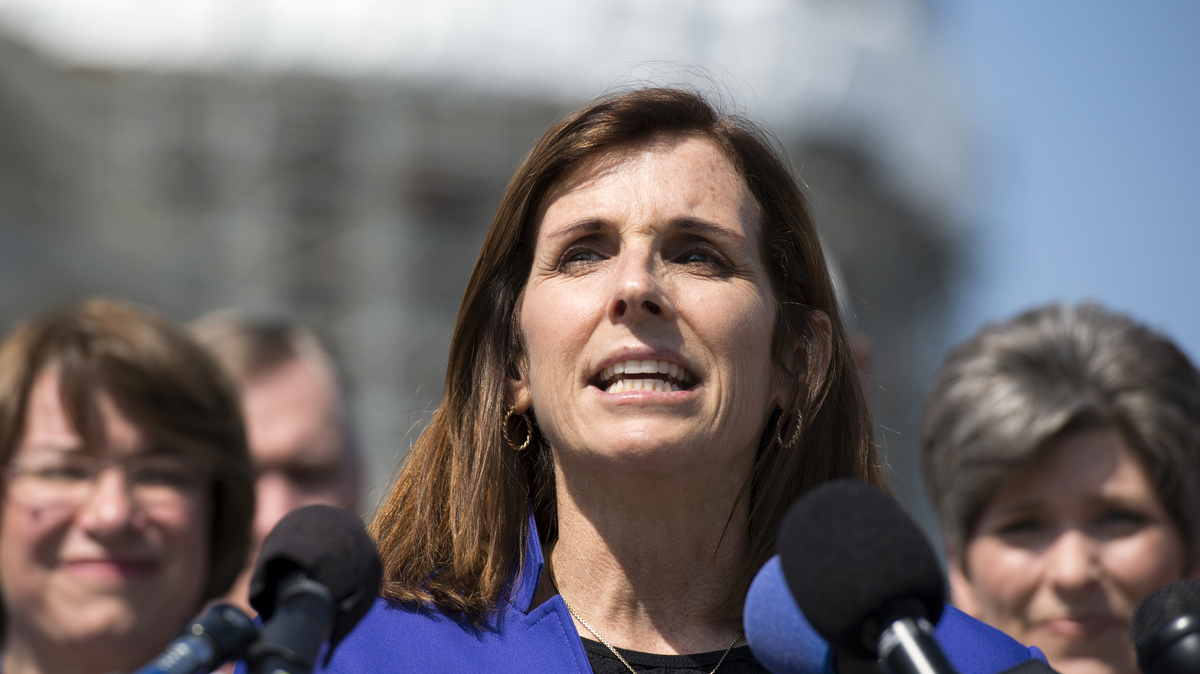 Rep. Martha McSally speaks last year on Capitol Hill. An Arizona man was arrested last week and accused of threatening the congresswoman, saying among other things, that he "can't wait" to pull the trigger on her.

FBI agents last week arrested an Arizona man accused of threatening to shoot Rep. Martha McSally, a Republican who represents the same Arizona district Gabrielle Giffords represented when she was shot in the head in 2011.

Steve Martan, 58, left three separate expletive-laden messages on McSally's congressional office voicemail in early May, according to a criminal complaint filed Friday in a U.S. District Court in Tucson. In the first, he talked about wringing the congresswoman's neck.

In the third: "Yeah Martha, your days are numbered."

Martan admitted making the calls to the FBI, after agents tracked the number back to his cellphone.

He said he was "venting frustrations" with McSally's congressional votes in support of President Trump, according to the complaint. McSally represents Arizona's 2nd District.

Martan is a campus monitor at a school in the Tucson Unified School District, reported the Arizona Daily Star, and he was placed on home assignment as the district investigates the charges.

This is at least the third threat against a U.S. government official in recent weeks.

Rep. Tom Garrett, R-Va., said he received threats against his family and even his dog last week, leading to a heavy law enforcement presence at a town hall event. And a Tennessee woman was charged with trying to run Rep. David Kustoff, R-Tenn., off the road earlier this month.

"Is this what you want in your country? You don't like what somebody says and they're an idiot and they're dishonest and they're a fraud?" said Rep. Tom MacArthur at that event.

McSally's District Director C.J. Karamargin worked for Giffords' office at the time she was shot. He said the recent threats should stand as a "wake-up call" for America.

"We should have robust debates about the future of our country. But threats of violence cross a clear line," Karamargin said in a statement. "These threats against Congresswoman McSally should be a wake-up call for us all."

Giffords also released a statement about the threats, through the gun violence prevention PAC she co-founded in 2013.

"No matter where you live or what job you have, you have a right to feel safe in your community, at your workplace, and in your home," she said.

"Civil discourse and civic engagement are hallmarks of our democracy, but threats and intimidation should never be tolerated."