Accessibility links
Trump's Remarks Wednesday Sounded Like A Pep Talk To Himself — And To Coast Guard Academy Grads "You can't let the critics and the naysayers get in the way of your dreams," the president told U.S. Coast Guard Academy graduates amid growing controversies over Russia ties to his administration. 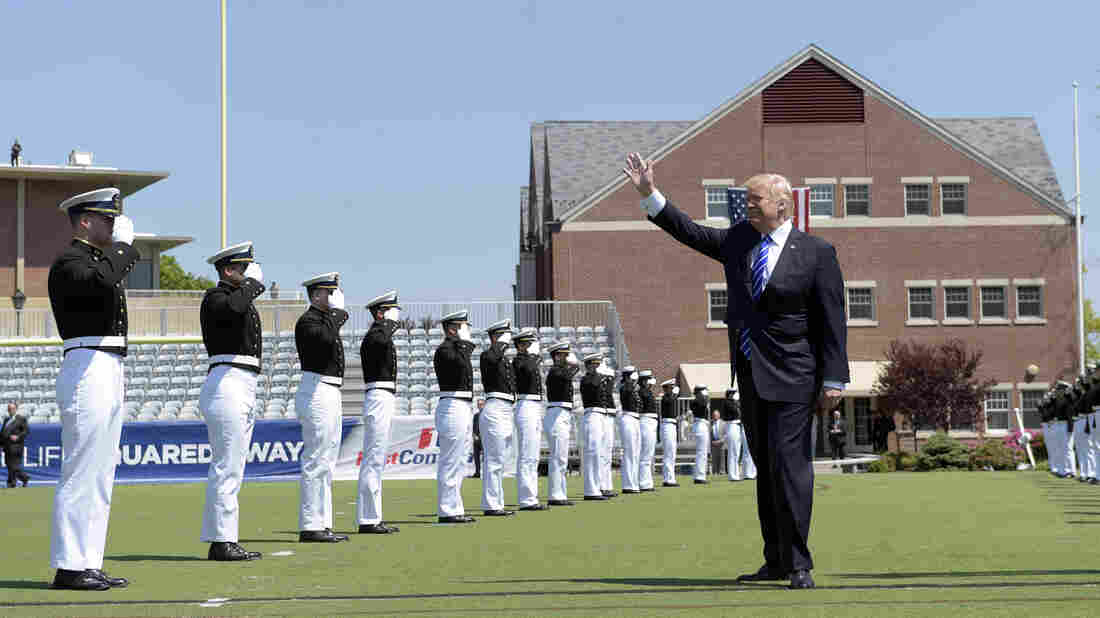 President Trump waves as he arrives to give the commencement address at the U.S. Coast Guard Academy on Wednesday. Susan Walsh/AP hide caption 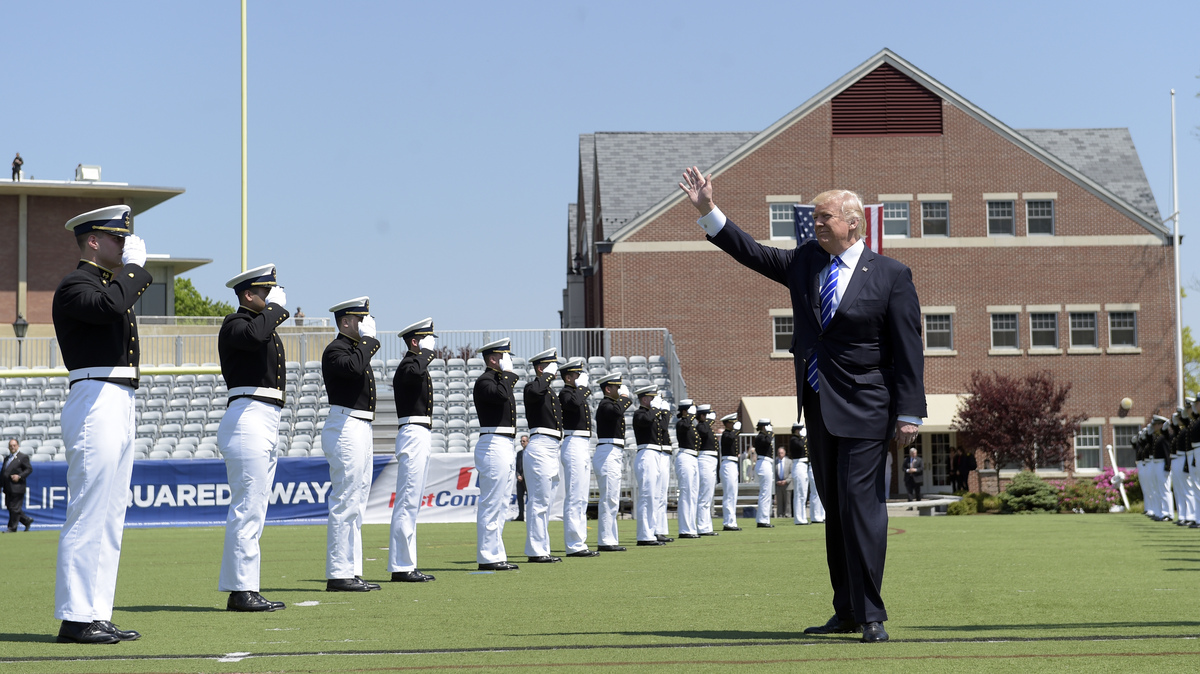 President Trump waves as he arrives to give the commencement address at the U.S. Coast Guard Academy on Wednesday.

Amid several swirling crises engulfing his administration, President Trump used part of his speech Wednesday to graduates at the United States Coast Guard Academy to complain about how unfairly he was being treated by the media.

"Never ever, ever give up. Things will work out just fine," Trump continued, in what sounded like a pep talk to himself as much as to the graduates.

"Look at the way I've been treated lately, especially by the media," the president said as some in the crowd chuckled.

"No politician in history — and I say this with great surety — has been treated worse or more unfairly," Trump claimed. "You can't let them get you down. You can't let the critics and the naysayers get in the way of your dreams."

The commencement speech marked Trump's first public comments after a bombshell report Tuesday evening that the president had asked then-FBI Director James Comey to shut down an investigation into former national security adviser Michael Flynn. That's according to a memo Comey wrote about the encounter, first reported by The New York Times and later confirmed to NPR by two sources close to Comey.

The president was unusually quiet on Twitter on Wednesday morning, his preferred social media method to weigh in on the controversy du jour.

Trump fired Comey last week, and questions continue to swirl about how much that decision was motivated by the FBI's ongoing investigation into Russia's meddling in the 2016 election and possible ties between Trump campaign associates and Russia.

Trump met last week with Russian officials just one day after he fired Comey, and on Monday, The Washington Post and other news organizations reported that the president had revealed "highly classified information" to them reportedly from Israel, a key U.S. ally. Trump defended himself on Twitter Tuesday morning, saying that he had the "absolute right" to share information involving ISIS and possible plots to plant bombs in laptops on airlines.

The comments to Coast Guard graduates echo ones Trump made at his first commencement address as president this past weekend at Liberty University.

"No one has ever achieved anything significant without a chorus of critics standing on the sidelines explaining why it can't be done," Trump told graduates at the evangelical school in Lynchburg, Va. "Nothing is easier or more pathetic than being a critic, because they're people that can't get the job done."