Accessibility links
'Alien: Covenant' Continues To Mine Old Ground While Alien: Covenant is better than Prometheus, the last franchise entry, it still lacks the basic elements that made Alien and Aliens so widely admired. 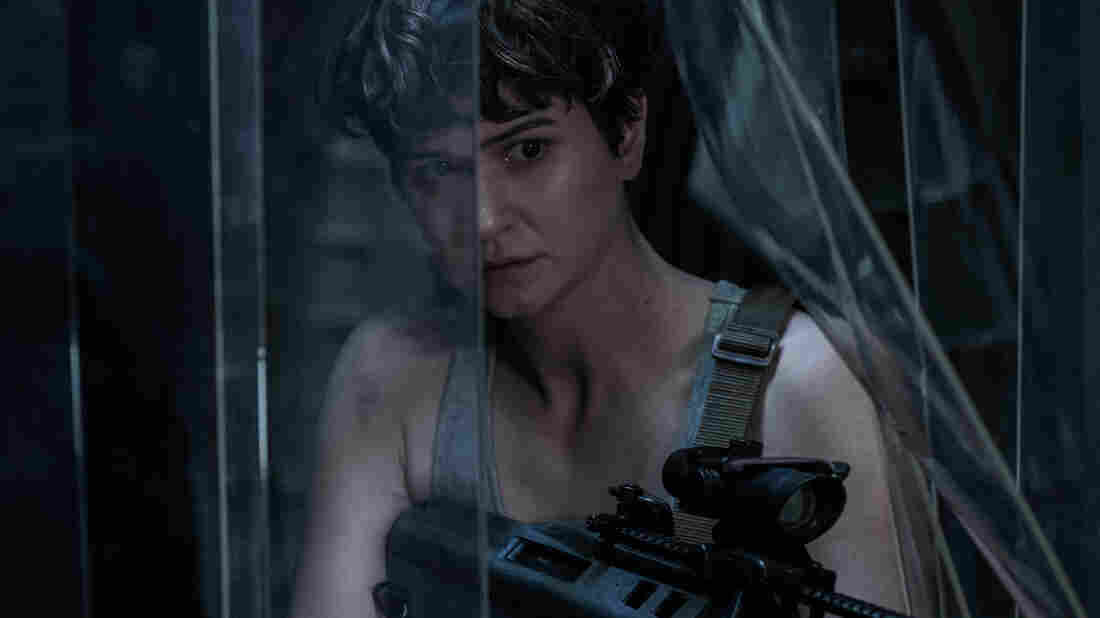 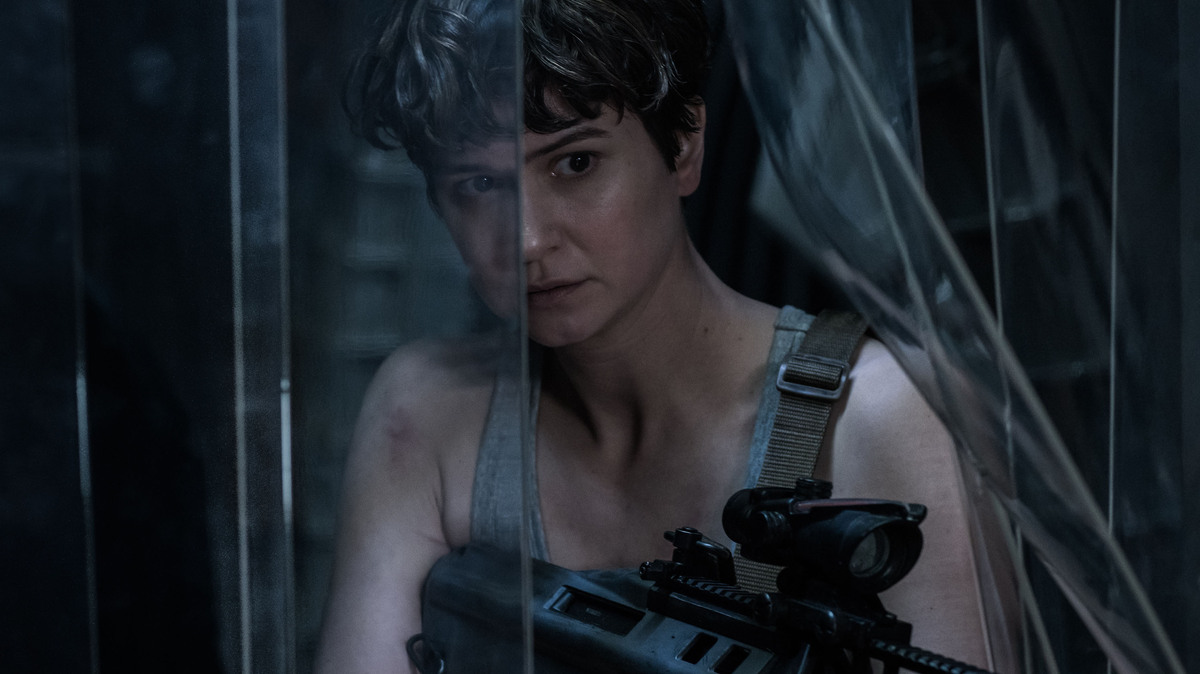 Almost 40 years ago, Alien was a B-movie with A+ production values and performances, and the scariest monster the movies ever gave us. The new Alien: Covenant is a shamelessly high-minded, Byron-and-Shelley-quoting existential inquiry into the origin of three species and the nature of belief that goes slumming in genre territory just enough to get itself greenlit.

Guess which one is going to last? My money's on the one that already has.

At least Covenant is an artistic upgrade to Prometheus, the frustrating 2012 preamble to which it is a direct sequel. In that film, septuagenarian director Ridley Scott returned to the Alien-iverse he created and then left to others. Specifically, others who've had careers as celebrated and far more consistent than his own: James Cameron, David Fincher, Jean-Pierre Jeunet. Their follow-ups varied in quality and ambition (and yes, Aliens is a masterpiece in its own right), but none addressed where their nightmare beasts came from, or who the long-dead, inhuman "space jockey" seen briefly in Alien was. To Scott, this apparently amounted to artistic negligence. Because after 35 years away from the chest-bursting game, the thrice-Oscar-nominated director of the wretched Silence of the Lambs sequel Hannibal, among too many other films, opted to answer these questions... in the most ponderous, deflating way possible.

Prometheus left enough of us — and some members of its own creative team — confounded that Sir Ridley has been forced to make a few concessions this time: Putting the word Alien in the movie's name, using the opening title cards from his 1979 landmark, and reprising elements of Jerry Goldsmith's haunting Alien score. These remedies all come from the latter-day "legacyquel" playbook that helped the likes of Jurassic World and Creed and Mad Max: Fury Road and Star Wars: The Force Awakens give their long-running franchises a second or third generation of fans. For Covenant's CGI-slathered, perfunctory-feeling all-action finale, Scott even revives the classic H.R. Giger-designed "xenomorph" incarnation of the species, despite having publicly opined for years that too much acid-blood had been wrung from that particular stone.

As in Prometheus, a religious subtext is introduced and then immediately abandoned. The mostly doomed space travelers this time around are 22nd-century pilgrims, ferrying a couple of thousand or so hibernating humans (and unborn human embryos) to their new lives on the off-world colonies. (The distance between these movies and Blade Runner, Scott's other landmark sci-fi movie, grows narrower still.) After an exciting series of in-flight catastrophes, the Starship Covenant's shaky new captain (a superb Billy Crudup) redirects the ship to a previously undetected planet—one suspiciously suitable for human habitation. Katherine Waterston steps into Sigourney Weaver's sweaty old flight-suit to challenge this decision. She does an admirable job as the movie's surrogate Ripley, the skeptical problem-solver who is clearly smarter and more reliable than the dude (always a dude) above her in the chain of command. Comedian Danny McBride plays Tennessee, a pilot whose enthusiasm for 20th century country music becomes one of Covenant's weirder plot points. There are a lot of other crew members, but they don't make an impression the way the crew of the Nostromo or the squad of Marines aboard the Sulaco did. (I did not have to look up the names of these spacecraft, people.)

But even more than Prometheus did, Covenant belongs to Michael Fassbender. As David — the megalomaniacal, Lawrence of Arabia-loving android whose betrayal of his human creators is the sustained chord between these two 21st century Alien flicks — he is the only character in whom Scott seems truly interested. Fassbender occupies two roles in Covenant, the unbound David and also Walter, a later-model synthetic who is outwardly identical, but with hardwired inhibitions on his behavior and thinking. (David evokes Ash, the devious Ian Holm android from Alien, while Walter represents Lance Henriksen's tried-and-true Bishop from Aliens.) The scenes wherein Fassbender engages himself in an existential rap session (and attempted seduction!) are surreal and campy and the freshest part of the movie. When David hands Walter a wind instrument to put in his mouth and says, "I'll handle the fingering," the snickering in the theatre will likely drown out the androids' duet: It's the title theme from Prometheus, a weirdly meta... touch.

It's also a clue that viewers of a certain stripe (hi!) will once again find it more fulfilling to mine this thing for subtext than to take anything Scott shows us at facehugging value. Though he certainly works himself into a lather trying to make Covenant's third act feel like the first two, universally beloved Alien flicks, his emphasis on Fassbender represents a dramatic course-change for the series. The first trio of films presented unchecked intergalactic capitalism as a villain as vicious and amoral as any slime-dripping beast. The Weyland-Yutani Corporation was willing to bear whatever loss of life was necessary to obtain and patent xeno specimens. Scott's latter-day chapters aren't concerned with economic justice. Their Big Bad isn't a corporation, but an individual, one endowed by his creator with free will and impatient with the weakness of the puny humans to whom he must feign subservience. "No one understands the lonely perfection of my dreams," David murmurs.