Review: Maysa, 'Love Is A Battlefield'

Review: Maysa, 'Love Is A Battlefield' 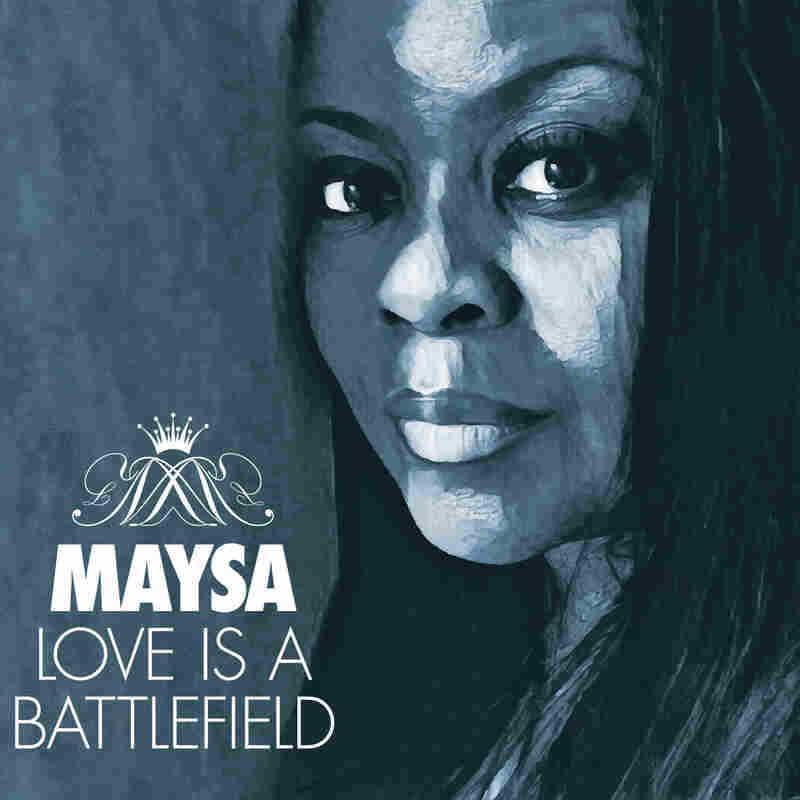 Maysa, Love Is A Battlefield Courtesy of the artist hide caption

If you don't know Maysa Leak by name, you've almost certainly heard her voice. She started singing 25 years ago in Stevie Wonder's female backing group Wonderlove, and later became the vocalist for British funk band Incognito. Since venturing out on her own as Maysa in 1995, she's recorded 13 solo albums, and her latest, Love Is A Battlefield (due out May 26 on Shanachie), is a collection of her favorite songs. These covers embrace R&B's established heritage while adding a contemporary sheen.

Some of these songs are more famous than others. Maysa opens the album with Nona Gaye's minor '90s hit "The Things That We All Do For Love," then follows it with the double-platinum single "Can We Talk," by Tevin Campbell and Babyface. The title track is indeed the Pat Benatar smash, which was actually conceived as a ballad by songwriters Holly Knight and Mike Chapman. Maysa makes good on that original intent with her dreamy, effortless delivery. "The reason I chose 'Love Is A Battlefield,'" Maysa said in her press release, "has more to do with the way the world is today and all the things that we are going through as a people. We are all surrounded by people who are not choosing love first, instead they choose money over love and compassion."

Spirited and sensuous, Maysa's interpretations of conventional ballads like Luther Vandross' "Because It's Really Love," Natalie Cole's "Inseparable" and Atlantic Starr's "Am I Dreaming" are agile enough to make middle-aged romantics dream about their high-school days. And, The Isley Brothers' standard "Footsteps in the Dark," never outdated, will inspire young and old alike to slow dance with their boo.

In a 2007 NPR News & Notes interview, Maysa said in response to a question about listeners' potential disinterest in old school "generational" music, "I tried to bridge that divide by trying to stay true to the music but also putting a few little twists on it, too, to make it modern." Maysa does just that on Love Is A Battlefield. On every song, her consummate artistry spawns a redolent nod to the past while simultaneously creating her own unique and soulful sound.